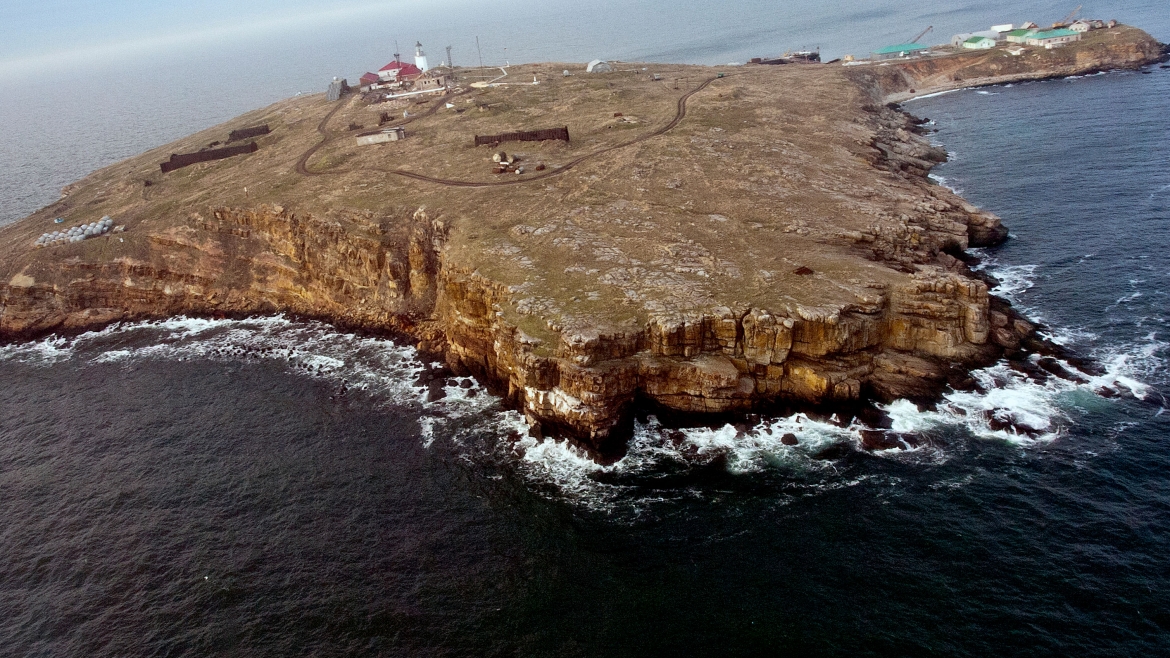 Zmiinyi Island, or Snake Island  — a tiny bit of land off the south coast of Ukraine in the Black Sea — made the news recently when 13 Ukrainian soldiers there faced bombardment by a Russian warship on Feb. 24. At first thought dead, the soldiers were later reported being held in Crimea.

It drew attention to an island that many may not have ever heard of. For Arizona State University faculty member Matt Simonton, however, it's familiar territory.

Simonton is an associate professor in the School of Humanities, Arts and Cultural Studies in the New College of Interdisciplinary Arts and Sciences who specializes in Greek history. He posted a thread on Twitter on Feb. 27 sharing some of the island's long roots through history.

ASU News asked him for details about this location suddently thrust into the news. He was happy to inform readers about Zmiinyi but pointed out that ancient history is not the crucial thing to focus on right now.

"The most important things right now are the human lives at stake in this conflict and the need for Russia to end its war of aggression immediately," he said. 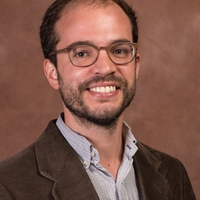 Question: Although Snake Island is a tiny speck of land, it is strategically important. Your tweet suggests that it has long been so. How far back are there historical records of this island? Why is it so important militarily?

Answer: Zmiinyi was known in Greek antiquity as Leuke, or the “White” Island. Its importance was not so much military as religious in nature: Since the seventh century BCE at the latest, the Greeks had believed as part of their mythology that the hero Achilles, after being killed in the Trojan War, was transported to a place called the “White Island” by his mother, Thetis, where he existed in a kind of paradise.

Probably by the sixth century, and definitely by the fifth century BCE, Greeks had come to identify what we know as Zmiinyi with this White Island. Readers may not know that during the Archaic Period (the seventh and sixth centuries BCE) the Greeks colonized the coastline of the Black Sea, including Crimea in what is now Ukraine. They remained there for centuries. There was a temple to Achilles on Zmiinyi until the adoption of Christianity as the official religion in the later Roman Empire.

Q: What are notable things that have been discovered about the island?

A: We already knew from ancient Greek authors that the island was full of dedications to Achilles on the part of pious worshippers. When the island was explored in the 1820s, some blocks from the ancient temple of Achilles were still standing; by the 1840s, they had been destroyed during the construction of a lighthouse. There were important inscriptions discovered, though, including a fifth-century BCE dedication by a man named Glaukos to “Achilles, Lord of Leuke.”

Much more evocative — to my mind, anyway — is a public decree of the nearby city of Olbia that honors a man for protecting the island. I thought about this in connection with the initial news that the Ukrainian soldiers on Zmiinyi had been killed. President Zelensky said at the time, "On our Zmiinyi Island, defending it to the last, all the border guards died heroically. But (they) did not give up.” He added, “May the memory of those who gave their lives for Ukraine live forever.”

The ancient Greek inscription, which probably dates to the early third century BCE, says, I translate, that the man being honored “killed those who had seized the sacred island for plunder and expelled those who accompanied them … for these acts the people (demos, like in "democracy") of Olbia honored him while he was alive with privileges, and when he died they buried him at public expense.” The people of Olbia also voted him a posthumous statue, “so that his deeds be remembered and the city make plain to the Greeks that it takes great care of the island, in accordance with ancestral custom, and honors those who exert themselves on its behalf while they live and gives worthy thanks to them in death.”

It struck me that between Zelensky and the ancient decree, we have examples of two democracies honoring people who defended the island — although their democracies were very different from ours. I am, of course, relieved that it turns out that the soldiers are still alive.

Q: Are there any legends associated with the island?

A: Yes, definitely! The “white” part of the island’s ancient name is attributed by some Greek sources to sacred white birds that lived on the island, which supposedly kept Achilles’ temple clean with their wings. There are also tales that sailors passing by would see Achilles running across the island in full armor or hear him singing songs. It’s also worth noting that already in antiquity, observers remarked on the numerous snakes on the island.

Q: In your research, do you find that there are certain patches of land that, by virtue of their latitude and longitude, play a larger role in history than might first be assumed based on their small size? What are other examples of that?

A: Certainly. In my own area of study, ancient Greece, we find somewhat unassuming places of great strategic importance. The ancient Macedonian King Philip V (238–179 BCE), for example, called not only Corinth, a big city, but also Demetrias and Chalkis the “manacles of Greece,” because whoever controlled them had effective power over the entire Greek mainland.

Likewise, the ancient ports of Methoni and Koroni in the Peloponnese were so important for controlling trading routes to the Levant that the medieval Venetians, who governed the cities, called them “the eyes of the republic.” Today they’re sleepy little beach towns which, while lovely, you’d never know used to be so geopolitically crucial. Behind four career highs and seven scores of 9.900 or better, No. 15 Sun Devil Gymnastics scored a new season-high road score of 197.375 to get the win at No. 20 Stanford on Friday night.