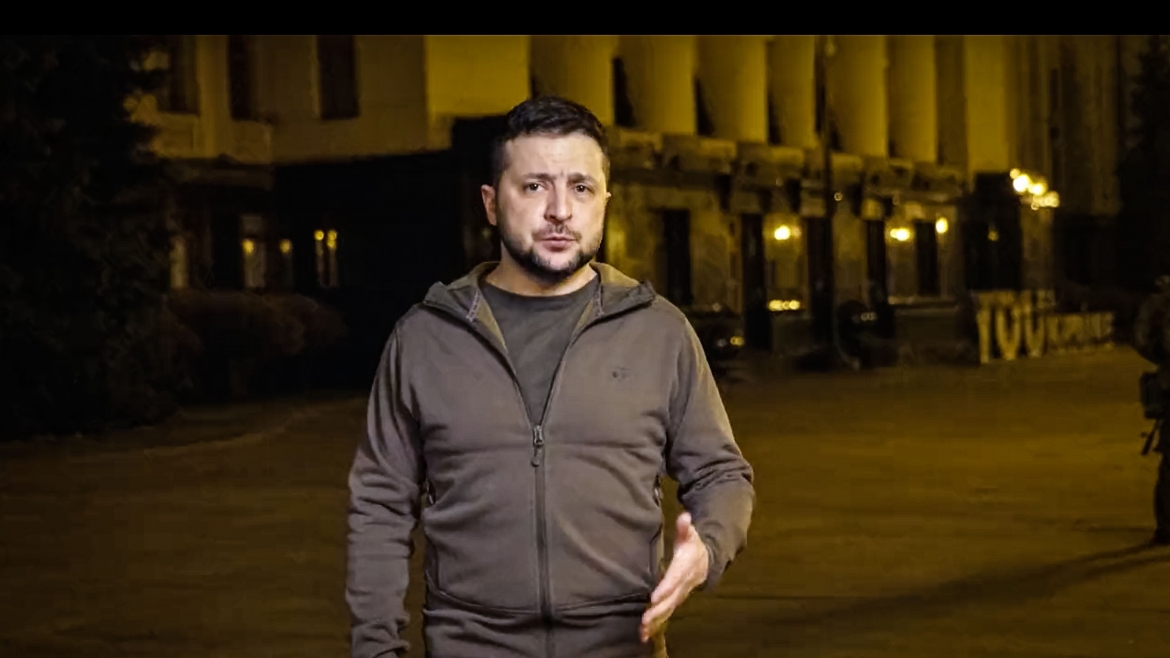 Russia’s recent invasion of Ukraine has left cities decimated, millions of citizens seeking refuge and a country in ruins.

However, Ukraine is winning the hearts and minds of people around the world through a savvy social media campaign that has portrayed the Russian military as an evil force committing daily atrocities and Vladimir Putin as a Stalinesque pariah on the world stage.

How did that exactly happen?

Through information warfare, according to Peter Singer, a world expert on 21st century security issues and the author of “LikeWar: The Weaponization of Social Media.”

“While Putin’s forces may be able to turn around their military prospects by sending more missiles, tanks and troops to overwhelm Ukraine’s cities, they have no such opportunity on the information war side,” said Singer, a professor of practice in the Center on the Future of War and the School of Politics and Global Studies, where he teaches in the Online Master of Arts in Global Security program.

ASU News spoke to Singer about the effective weaponization of social media through clicks, likes and shares. 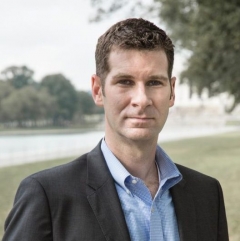 Question: Your recent piece in Politico spells out how Ukraine has won the hearts and minds of everyone around the world through an effective social media campaign because “big ideas get out and win wars.” Can you expound on that?

Answer: In modern war and politics, the information space is one of the most crucial parts of the battlefield. This is not about mere propaganda. If your ideas get out and win out, that determines everything from whether soldiers, civilians and onlookers around the world will join your cause to what people believe about the very truth of what’s occurring on the ground. And, if your ideas don’t win out, you can lose the war before it even begins.

There have been three essential gains for Ukraine’s narrative winning out against Russia’s.

First, it upended Putin’s original strategy, which was to rapidly collapse and then control a divided Ukrainian state and society. Instead, it unified in opposition to the invasion.

Second, it galvanized support from the outside world that generated extensive military aid, especially in the form of literally thousands of anti-tank and anti-air missiles, which have helped keep Ukraine in the fight and have stymied Russia's military plan for an easy win.

And, finally, it helped drive an unprecedented level of economic sanctions and business withdrawals from Russia, which is arguably the biggest blow to Putin — in that he likely fears more the internal stability threats to his regime than his soldiers’ lives lost.

Q: You also state in the piece that Ukraine had a “pre-bunk” Russia narrative that helped them win the side of NATO nations. How did they do this?

A: In the past, Russia drove the conversation, initiating operations at the time and storyline of its choosing. Its messaging struck at audiences with no pushback, and its physical operations were often aligned with pre-planned incidents and fake provocations used to justify Russian military action, as well as confuse both local and international observers about what exactly was happening.

In the 2014 attack on Ukraine that presaged this current war, for example, Russia pushed out made-up stories of various atrocities, such as Ukrainian soldiers crucifying a 3-year-old boy. Such viral lies were used both to stoke anger among Russian-speaking citizens and then to justify Russia’s intervention to seize Crimea and create the separatist Donetsk People’s Republic and Luhansk People’s Republic.

This time, Russia’s adversaries didn’t just try to debunk its claims after the fact — which usually doesn’t work — but had a strategy to “pre-bunk” Russia. A multifaceted network built through both deliberate planning and informal coordination — which included Ukrainian government agencies’ and individual leaders’ social media accounts; the accounts of agencies and leaders from NATO states, especially the Baltics and the Brits; and a multi-agency effort within the Biden administration, bringing together the Pentagon, State Department and Intelligence Community, and was bolstered by a broad online coalition of democracy activists and OSINT (open-source intelligence) trackers who also weighed in to preempt the Russians — got ahead of Putin’s goal to justify his long-planned invasion as an emergency response to supposed Ukrainian offenses and atrocities.

Instead, this coalition meticulously documented and ensured awareness of Russia’s actual monthslong buildup of forces. They did so in both formal ways, such as placing into public view satellite photos of huge Russian military deployments, as well as in personal ways, such as up-close snapshots of literal trainloads of Russian tanks amassing near the border. Both were eye-grabbing in their own manner, showing the scale and the detail of the Russian plans.

Q: How effective is using heroism in the face of Russia’s evil intentions in terms of winning over the media?

A: Through stories like the #GhostOfKiev, Ukraine was able to push forward a messaging of its Davids standing up to the Russian Goliath. This is important in not just galvanizing their own population and soldiers, to emulate those heroes, but also in its messaging to the outside world, to induce them to pick a side — and people line up behind David, not Goliath — and then join in to support.

Q: Ukraine President Volodymyr Zelenskyy seems to have done an excellent job in terms of creating an iconic image of himself as a leader willing to fight in the streets with his soldiers, giving him a Winston Churchill-like status. How would you rate him in terms in getting his message across?

A: Masterful. A new model that, just like Churchill, other leaders will be seeking to emulate for years to come. The former performer has done so with acts of personal bravery and deft use of messaging. A key has been how he has played simultaneously to multiple audiences. One is the Ukrainian people and soldiers, with Zelenskyy providing the all too rare example of a leader who is right there with them, sharing the very same risks, literally, in the streets and trenches.

The selfies of the youthful Zelenskyy in the field also stand in stark messaging contrast to the elderly Putin in his cold palace, literally distanced from even his own advisers by absurdly long tables. Yet, Zelenskyy’s “man of the people” messaging is also important to Ukraine’s essential strategic need to influence the audience of the West and its leaders. When he responded with pithy, meme-able remarks like “I need ammunition, not a ride” to American offers to evacuate him from Kyiv at the start of the war, or clapped back on Twitter at Italian leaders, he was hitting both emotive and political needs. Again, every act in a #LikeWar is about connecting the online show to a real-world goal.

Zelenskyy demonstrating that that he was personally in the fight was the best way for him to accelerate the aid that Ukraine needed to stay in the fight.

Q: In terms of Ukraine showing civilian harm and resistance through social media, how does that help them?

A: It is important in three ways. It debunks the Putin argument that they are somehow “rescuing” the Ukranians from their own regime. It further unites the local populace against them; for example, many of the cities now under siege have Russian-speaking populations, but they are suffering these Russian war crimes. And finally, it evokes sympathy and aid to Ukraine from the outside world seeing these harms, which then wants to do something about them.

Q: The world seems to have turned against Putin, and it appears he’s beginning to isolate himself and his country. From this point forward, what does Ukraine need to do in terms of winning the narrative and ultimately getting Russia to stop?

A: It has to continue forward with this mix of winning the information fight, the physical fight and the economic fight as they come together. That is, exacting costs on the battlefield from the Russian army and exacting costs on the Russian economy are what will hopefully sway Putin to stop. But the success of these are tied together with the messages that triumph or not, within Ukraine, the outside world and Russia.

Lacrosse Falls to USC in the Coliseum

Lacrosse Falls to USC in the Coliseum