This coveted distinction within NAI, an international organization, recognizes engineers, scientists and others whose innovative work has resulted in technologies with the potential for widespread benefit to society. 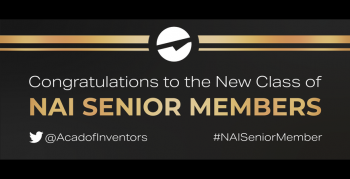 In announcing this year’s recipients, the organization’s president and NAI Fellow Paul R. Sanberg said, "The caliber of this year's class of NAI Fellows is outstanding. Each of these individuals are highly regarded in their respective fields. The breadth and scope of their discovery is truly staggering. I'm excited not only see their work continue, but also to see their knowledge influence a new era of science, technology and innovation worldwide."

Munk joined the Biodesign Institute at ASU as its deputy director in October 2017. His extensive experience in drug discovery, development and manufacturing, both as a scientist and as a manager, has helped advance ASU’s ambitious efforts in the arena of human health.

Formerly, he was the CEO and president of Ash Stevens, Inc., a full-service active pharmaceutical ingredient (API) development and manufacturing organization, where he developed a reputation for rapid development of life-saving pharmaceutical drugs and acquisition of FDA approval. 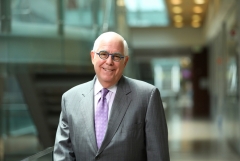 During Munk’s tenure, Ash Stevens received 12 FDA manufacturing approvals and six NIH research contracts, including four competing contract renewals. Prior to joining Ash Stevens in 1997, he worked at Allergan, Inc., initially as a medicinal chemist and subsequently as the co-team leader of the adrenergic drug discovery team.

Since joining the Biodesign Institute, Munk has been a vital force driving the strategic, business and technical operations of one of Arizona’s largest bioscience research infrastructure facilities. His combination of managerial skills and scientific expertise have been instrumental in helping ASU maintain and advance its reputation as the No. 1 school for innovation, a distinction it has received from U.S. News & World Report for the seventh straight year.

“Seeing one’s work commercialized to help people validates the vision of using science to better the human condition,” Munk said. “It is a real honor to have that effort recognized through election to the National Academy of Inventors.”

Munk has served on the steering committee of the Chemistry in Cancer Research Working Group of the American Association for Cancer Research, serving as chairman in 2014; the board of directors of MichBio, serving as chairman from 2009–14; and various grant review committees for the federal government. In addition to numerous scientific publications, he is co-author of the 2016 book “Managing the Drug Discovery Process: How to Make It More Efficient and Cost-Effective.” 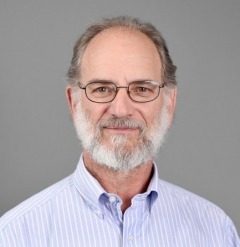 Jacobs is a researcher in the Biodesign Center for Immunotherapy, Vaccines and Virotherapy and a professor of virology with ASU’s School of Life Sciences.

He is one of the world’s foremost authorities on vaccinia, a member of the poxvirus family of viruses, closely related to smallpox. He has genetically engineered vaccinia as a vehicle against various infectious agents, bioterrorism threats and cancer, demonstrating that viruses are not only pathogens to be feared but can be put to the service of helping humanity.

Among his research endeavors, Jacobs has focused on what remains a central challenge for medicine: the development of an affordable and effective vaccine against human immunodeficiency virus (HIV). His lab has explored poxvirus-host interactions and the strategies these viruses use to successfully evade the body’s innate immune interferon defenses. Disabling immune evasion genes in vaccinia has produced highly attenuated strains of the virus for potential use as vectors against diseases including AIDS.

HIV continues its path of devastation, particularly in the developing world, where effective antiretroviral drugs are often unavailable. Some 37.7 million people were affected by the HIV virus in 2020.

“The creative process of invention is most fulfilling when it can serve human needs, especially in combatting the infectious diseases that continue to ravage humankind,” Jacobs said. “I’m deeply honored to be recognized by the NAI for these ongoing efforts.”

Jacobs has also assisted several HIV/AIDS-related support organizations, including serving on the board of directors for Aunt Rita’s Foundation, and on the advisory board for Support for International Change. He currently serves on the board of directors for HEAL International, a nonprofit organization he co-founded, dedicated to teaching public health and HIV/AIDS prevention in rural Tanzania. For many years, he has led a group of summer students to sub-Saharan Africa to teach AIDS prevention to the international community as well as educating local inhabitants about malaria, sanitation, nutrition and hygiene. The group also funds emergency medical support and provides financial aid for local women to start businesses that offer health services.

Proteins are among the most versatile and ubiquitous biomolecules on Earth. Nature uses them for everything from building tissues to regulating metabolism to defending the body against disease.Now, a new study shows that proteins have other, largely unexplored capabilities. Under the right conditions, they can act as tiny, current-carrying wires, useful for a range of human-designed nanoelectronic...

Proteins are among the most versatile and ubiquitous biomolecules on Earth. Nature uses them for everything from building tissues to regulating metabolism to defending the body against disease.

Now, a new study shows that proteins have other, largely unexplored capabilities. Under the right conditions, they can act as tiny, current-carrying wires, useful for a range of human-designed nanoelectronics. 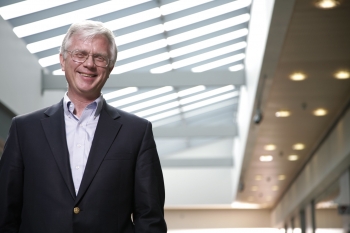 In new research appearing in the journal ACS Nano, Stuart Lindsay and his colleagues show that certain proteins can act as efficient electrical conductors. In fact, these tiny protein wires may have better conductance properties than similar nanowires composed of DNA, which have already met with considerable success for a host of human applications.

Lindsay directs Arizona State University's Biodesign Center for Single Molecule Biophysics. He is also professor with ASU’s Department of Physics and the School of Molecular Sciences.

Just as in the case of DNA, proteins offer many attractive properties for nanoscale electronics, including stability, tunable conductance and vast information storage capacity. Although proteins had traditionally been regarded as poor conductors of electricity, all that recently changed when Lindsay and his colleagues demonstrated that a protein poised between a pair of electrodes could act as an efficient conductor of electrons.

The new research examines the phenomenon of electron transport through proteins in greater detail. The study results establish that over long distances, protein nanowires display better conductance properties than chemically-synthesized nanowires specifically designed to be conductors. In addition, proteins are self-organizing and allow for atomic-scale control of their constituent parts.

Synthetically designed protein nanowires could give rise to new ultra-tiny electronics, with potential applications for medical sensing and diagnostics, nanorobots to carry out search and destroy missions against diseases, or in a new breed of ultra-tiny computer transistors. Lindsay is particularly interested in the potential of protein nanowires for use in new devices to carry out ultra-fast DNA and protein sequencing, an area in which he has already made significant strides.

In addition to their role in nanoelectronic devices, charge transport reactions are crucial in living systems for processes including respiration, metabolism and photosynthesis. Hence, research into transport properties through designed proteins may shed new light on how such processes operate within living organisms.

While proteins have many of the benefits of DNA for nanoelectronics in terms of electrical conductance and self-assembly, the expanded alphabet of 20 amino acids used to construct them offers an enhanced toolkit for nanoarchitects like Lindsay, when compared with just four nucleotides making up DNA.

Though electron transport has been a focus of considerable research, the nature of the flow of electrons through proteins has remained something of a mystery. Broadly speaking, the process can occur through electron tunneling, a quantum effect occurring over very short distances or through the hopping of electrons along a peptide chain — in the case of proteins, a chain of amino acids.

One objective of the study was to determine which of these regimes seemed to be operating by making quantitative measurements of electrical conductance over different lengths of protein nanowire. The study also describes a mathematical model that can be used to calculate the molecular-electronic properties of proteins.

For the experiments, the researchers used protein segments in four nanometer increments, ranging from 4 to 20 nanometers in length. A gene was designed to produce these amino acid sequences from a DNA template, with the protein lengths then bonded together into longer molecules. A highly sensitive instrument known as a scanning tunneling microscope was used to make precise measurements of conductance as electron transport progressed through the protein nanowire.

The data show that conductance decreases over nanowire length in a manner consistent with hopping, rather than tunneling behavior of the electrons. Specific aromatic amino acid residues (six tyrosines and one tryptophan in each corkscrew twist of the protein), help guide the electrons along their path from point to point like successive stations along a train route.

“The electron transport is sort of like skipping stone across water — the stone hasn't got time to sink on each skip,” Lindsay said.

While the conductance values of the protein nanowires decreased over distance, they did so more gradually than with conventional molecular wires specifically designed to be efficient conductors.

When the protein nanowires exceeded 6 nanometers in length, their conductance outperformed molecular nanowires, opening the door to their use in many new applications. The fact that they can be subtly designed and altered with atomic scale control and self-assembled from a gene template permits fine-tuned manipulations that far exceed what can currently be achieved with conventional transistor design.

One exciting possibility is using such protein nanowires to connect other components in a new suite of nanomachines. For example, nanowires could be used to connect an enzyme known as a DNA polymerase to electrodes, resulting in a device that could potentially sequence an entire human genome at low cost in under an hour. A similar approach could allow the integration of proteosomes into nanoelectronic devices able to read amino acids for protein sequencing.

“We are beginning now to understand the electron transport in these proteins. Once you have quantitative calculations, not only do you have great molecular electronic components, but you have a recipe for designing them,” Lindsay said. “If you think of the SPICE programSPICE (Simulation Program with Integrated Circuit Emphasis) is a general-purpose, open-source analog electronic circuit simulator. that electrical engineers use to design circuits, there's a glimmer now that you could get this for protein electronics.”