A look inside ASU's vertical farm, a field that has been named a tech to watch in 2022

The future of farming is growing in a white shipping container on a tucked-away corner of Arizona State University’s Polytechnic campus.

Inside the container is Yujin Park's vertical farm, where racks of lettuce and strawberries grow under exotic lighting right out of a rave.

Vertical farming saves 90% of the water that would be used in conventional farming, but yields 10 times the crop you’d raise in the same space outside. 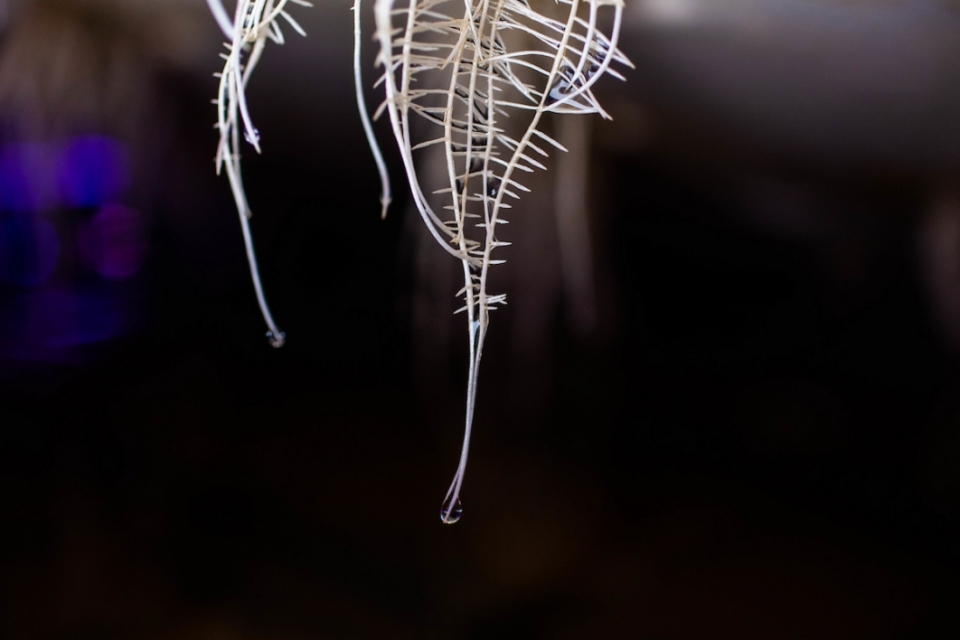 A view of the roots of hydroponically grown plants on the Polytechnic campus.

The Economist recently named vertical farming one of 22 technologies to watch in 2022. The world’s largest vertical farm is set to open next year in Britain, at more than 45,000 square feet. Los Angeles and Virginia are slated to see vertical farms opening in 2022 as well. Two are being built in Denmark.

The College of Integrative Sciences and Arts will begin offering a certificate program in vertical farming in fall 2022. It will be an applied biological sciences degree with a focus on controlled environmental agriculture.

“Vertical farming companies are growing, so there are more job openings in the industry,” said Park, an assistant professor in the College of Integrative Sciences and Arts. 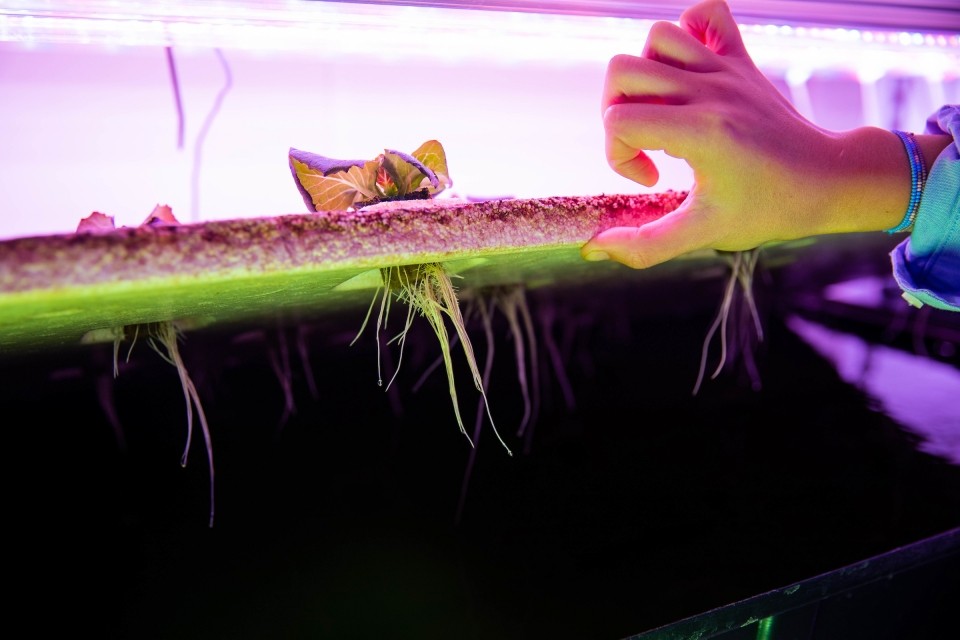 Assistant Professor Yujin Park lifts a board exposing the roots of young lettuce varieties in the vertical garden research space on the Polytechnic campus.

The perfect growing conditions for lettuce have been established – the right combination of light, humidity and temperature – but no one has cracked the secret to growing great strawberries.

Park is testing three different combinations of light on strawberries.

“We can grow big strawberries, and very flavorful,” she said. “Our lab is at a very advanced stage.”

A head of lettuce can be grown in one month. Strawberry plants produce fruit in two months, but after that, they grow continuously. 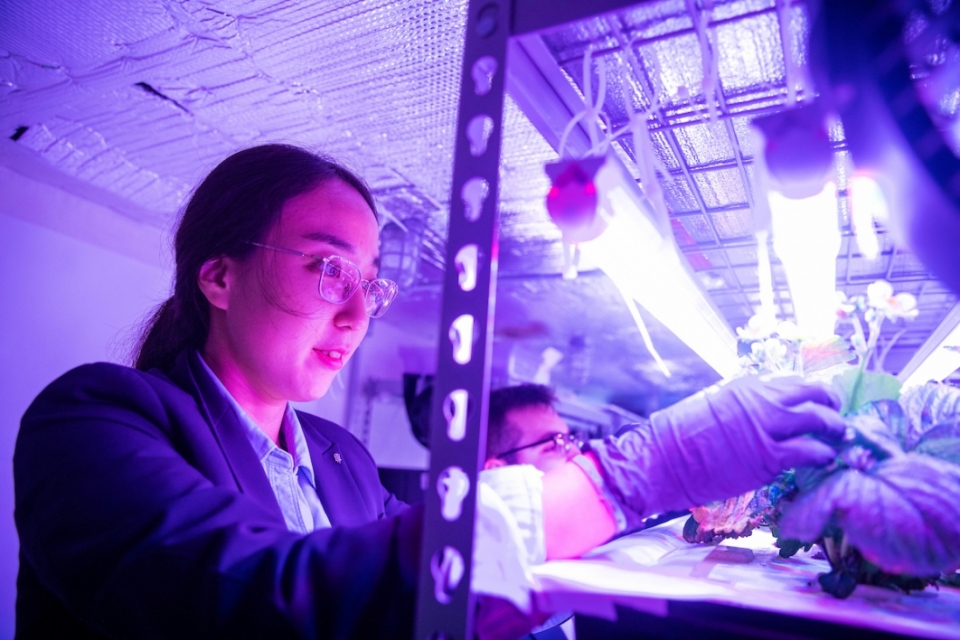 There is one problem with growing in a closed system: there are no bees, so Park pollinates using an electric toothbrush.

But growing inside cuts out the need for herbicides or pesticides. The food grown in a vertical farm is not certified organic, but potentially could be, according to Park.

“It can be a way of saving water,” she said.

The next step in Park’s research: growing in substrates instead of liquid. McClintic said he is researching whether the microorganisms can unlock the nutrients in food waste.

His goal is to optimize food waste’s contribution; so far the preliminary results have been promising.

Top image: A view of a hydroponically grown strawberry plant in the vertical farm on the Polytechnic campus. Photos by Deanna Dent/ASU News

Sun Devil Football was unable to overcome a two-score halftime deficit, falling to the Wisconsin Badgers, 20-13, on Thursday evening to conclude the 2021 season at the SRS Distribution Las Vegas Bowl. ... Sun Devil Football was unable to overcome a two-score halftime deficit, falling to the Wisconsin Badgers, 20-13, on Thursday evening to conclude the 2021 season at the SRS Distribution Las Vegas Bowl.