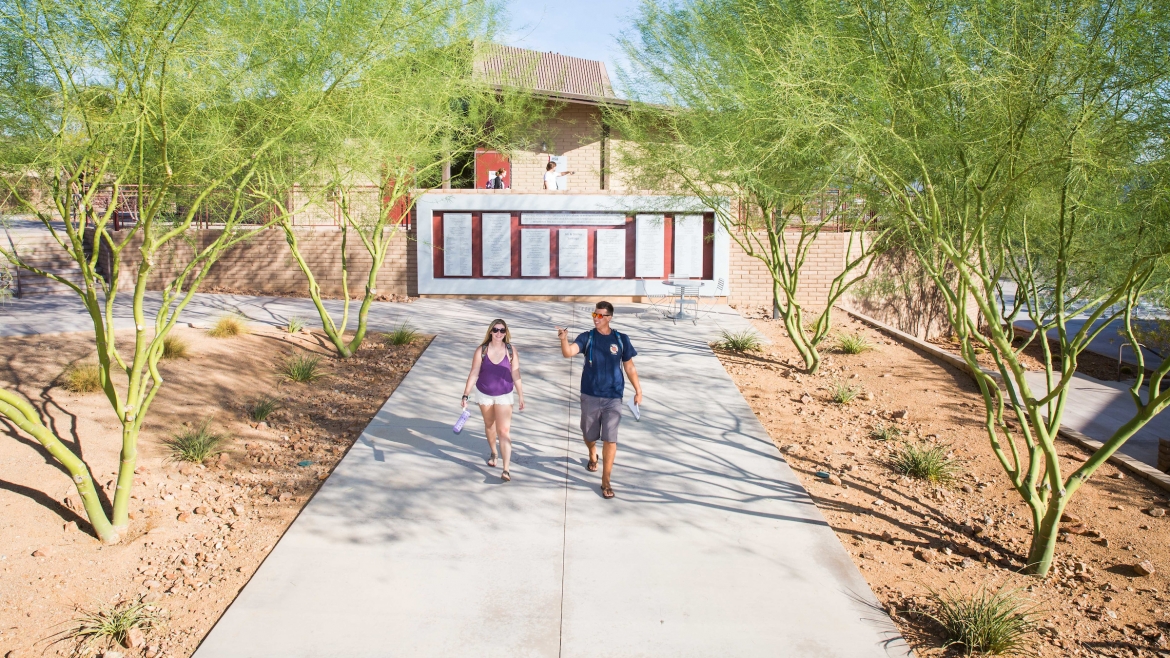 5 things you may not know about ASU at Lake Havasu

ASU at Lake Havasu is enjoying record enrollment this semester, an increase of nearly 50% to be exact. 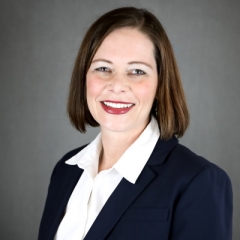 “Faculty, staff and students are excited to realize the goal of enrollment growth at ASU at Lake Havasu,” said Carla Harcleroad, who was hired as the ASU at Lake Havasu director in April 2020. “This new growth has led to vibrant student activity on campus, a full residence hall and an overall sense of enthusiasm for the opportunities available at this ASU location. As we continue growing, we look forward to further realizing the promise and potential of ASU at Lake Havasu.”

To date, the student population at the satellite location is 175. That’s up from 117 students from the fall 2020 semester. Harcleroad attributes the growth to a new program and efforts of the admissions to team to attract more local, regional and international students.

Whatever the admissions office is doing, it’s working, said Joshua Fishlock, a communications lecturer at ASU at Lake Havasu.

“There certainly is an excitement here with a campus full of students and a buzz of activity,” said Fishlock, who has taught at the location since 2016. “We’re nowhere near the size of the Tempe campus, but we’re starting to see a lot of the same behaviors such as more international students, a growing interest in academic clubs and people hanging out at the dorms.”

Perhaps the biggest attribution to the location’s growth is the new Bachelor of Science in nursing (BSN) degree at the Lake Havasu location. The accelerated program, offered by ASU’s Edson College of Nursing and Health Innovation, helps fill immediate job-growth needs in the health care field both in Lake Havasu City and in Mohave and La Paz counties at large, an area that exceeds a population of 200,000.

The program has space for 32 students in the fall 2021 cohort, and with current demand for nursing education, the program reached capacity by the start of the semester. One of the members of the cohort is David Fuller, who was previously an ASU Online student.

“I like the idea that it’s a brand-new program being offered and that it’s being taught by experienced staff,” said Fuller, who is a 34-year-old Army veteran. “I’m also looking forward to getting into some hiking the area offers and being outdoors when not in class.”

Twenty-one-year-old Sara Lopez is also a member of the first nursing cohort. She recently transferred from the Tempe campus but has also taken classes at the Downtown Phoenix and West campuses, and she is enjoying her time in Havasu.

“I really like the intimacy of the campus, how I don’t have to deal with traffic, and above all that, the community is very tight-knit,” said Lopez, who is a senior this year. “When I go to Starbucks, everyone seems to know I’m a nursing student somehow. Everybody is so nice.” 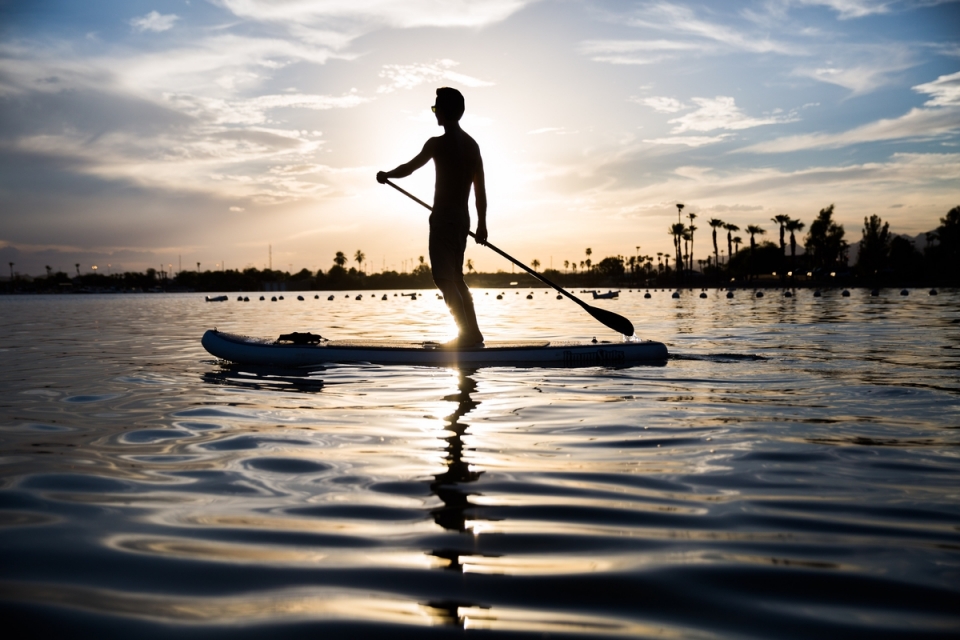 Lake Havasu, which lends its name to both the city and the ASU location, is a major bonus for students who enjoy paddle boarding and other outdoor activities.

5 things you might not know about ASU at Lake Havasu

1. It started with a nonprofit.

In November 2005, the Havasu Foundation for Higher Education became an official nonprofit organization with the specific purpose of bringing a four-year university to Lake Havasu City. By 2009, it had 1,900 members, and an additional 1,000-plus came aboard in 2011.

2. The community helped fundraise it.

ASU at Lake Havasu was given seed funding with a $1 million grant from Mr. and Mrs. James J. Santiago, longtime Lake Havasu residents and principal owners of Beachcomber Resort and Island Suites. Another $1 million was raised by the Lake Havasu City community through bake and T-shirt sales, payroll deduction campaigns and other fundraising activities in the wake of the Great Recession.

3. It offers a student-centered approach.

The location is a former middle school and opened in its current form in fall 2012 with approximately 75 students. It focuses on an experiential, student-centered approach to learning and offers high-demand undergraduate degrees. It draws mainly from three states: Arizona, California and Nevada. However, it also draws international students from several countries.

4. There are lots of outdoor activities.

There’s little surprise that a love of the great outdoors is a common trait among the student body at ASU at Lake Havasu. After all, the college sits near the edge of a large lake and at the foot of several mountains. And with easy access to volleyball, kayaking, paddle boarding, picturesque hiking and mountain biking, students are an active bunch — on and off campus.

ASU at Lake Havasu features several world-class researchers and instructors, including Kerrie Anne Loyd, a wildlife biologist. Loyd’s work on the Western burrowing owl and domestic cats has been highlighted on “NBC Nightly News,” NPR’s “All Things Considered” and ABC’s “20/20.” 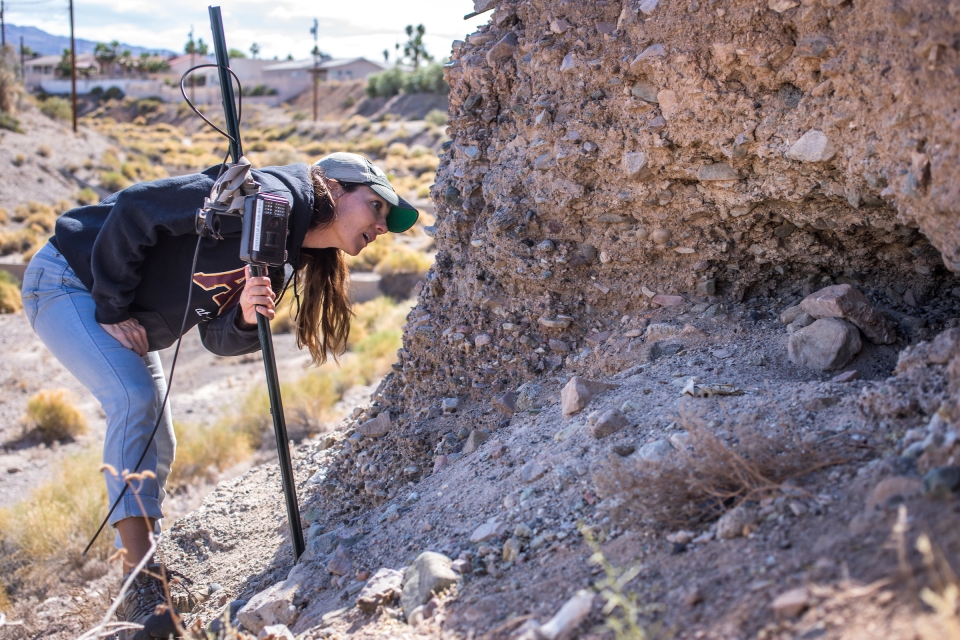 Lecturer Kerrie Anne Loyd sets up a movement-triggering camera outside a burrowing owl habitat in Lake Havasu City in May 2019. Photo by Charlie Leight/ASU News

New research shows that social support from friends can shield people at risk of alcohol use disorders.The study, which was published in the Journal of Abnormal Psychology, found that the combination of genetic predisposition and personality type can lead to problematic alcohol consumption. Having strong social support from friends protected against excessive drinking. “People with alcohol use... 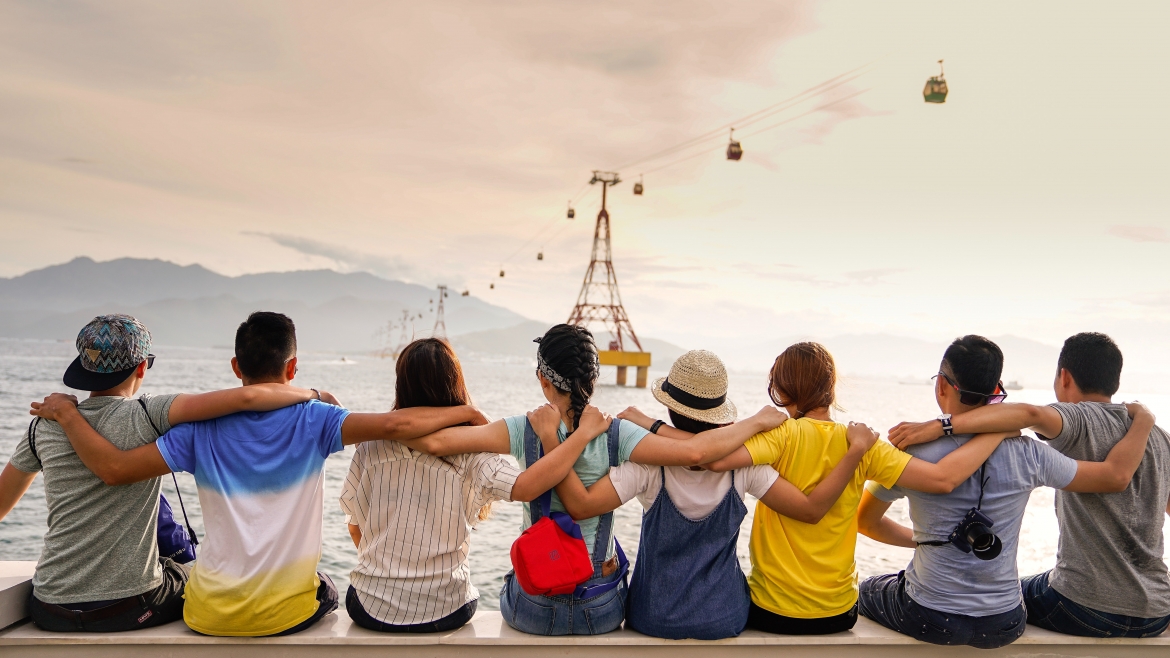 New research shows that social support from friends can shield people at risk of alcohol use disorders.

The study, which was published in the Journal of Abnormal Psychology, found that the combination of genetic predisposition and personality type can lead to problematic alcohol consumption. Having strong social support from friends protected against excessive drinking.

“People with alcohol use problems can be stigmatized, and addiction is often thought of as a personal choice or moral failure. Genes play an important role in alcohol consumption, and understanding how genes link to complex behaviors and interact with the environment lets us identify targeted ways to prevent problems or intervene,” said Jinni Su, assistant professor of psychology at Arizona State University and lead author on the study. “Genes matter but are not our destiny.”

Genetic risk for problem drinking behaviors was determined using a rating called a genome-wide polygenic score. This aggregate score is based on how an entire genome is associated with a specific trait — in this case, alcohol use.

“This finding gives us a possible pathway to help individuals with genetic risk channel their predisposition in healthy ways. Knowing that people with a higher genetic risk for alcohol misuse also tend to have sensation-seeking personality traits means that we can encourage them to engage in new and fun activities like rock climbing instead of drinking,” Su said.

“Genetic risk does not influence everyone the same way and can be affected by our environment, like social relationships. Some people with a genetic predisposition for alcohol misuse are more susceptible to having poor social relationships. But, social support can also buffer genetic risk, reducing the likelihood of bad outcomes like alcoholism,” Su said.

Top photo: A new study from the Arizona State University Department of Psychology shows that the combination of genetic predisposition to alcohol use disorders and personality type can lead to problematic drinking behaviors. Having strong social support from friends was identified as protective against excessive drinking. The work was published in the Journal of Abnormal Psychology. Image by Duy Pham/Unsplash