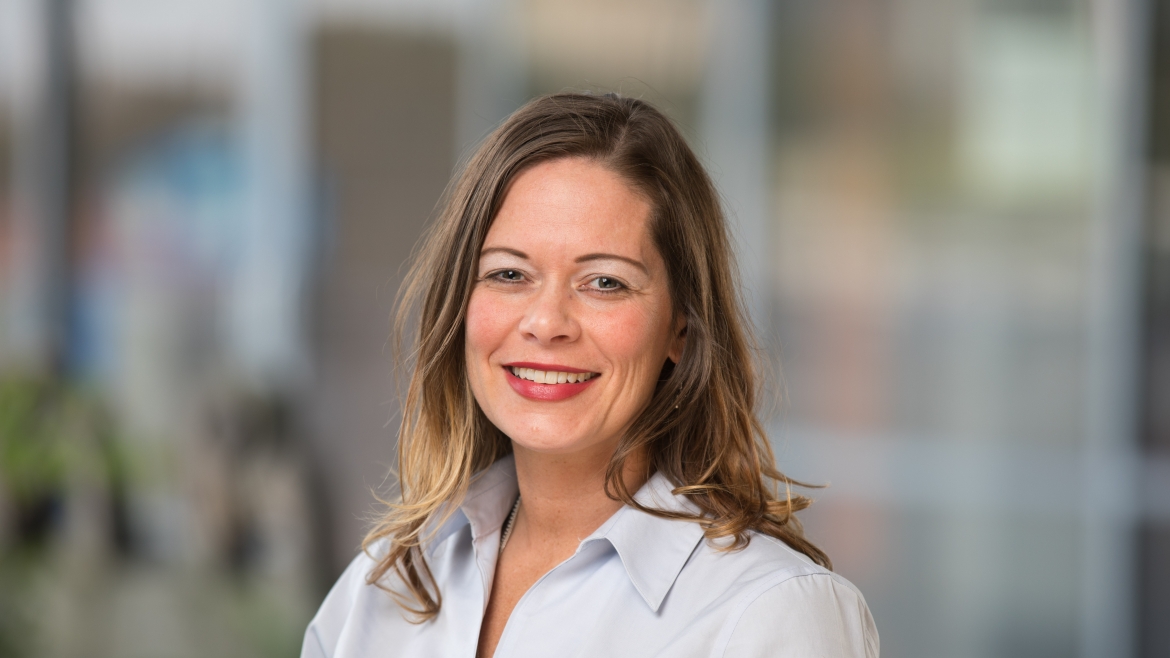 Oregonian Carla J. Harcleroad will helm new post on July 1 but has already been getting to know the community since April

When ASU at Lake Havasu Director Raymond Van der Riet leaves his post next month, his big shoes will be filled quickly and seamlessly.

Carla J. Harcleroad has been named the Arizona State University location’s new director and will start her position July 1.

“Carla brings a wealth of leadership, academic and professional experiences to this position,” said Mark Searle, ASU executive vice president and university provost. “I am confident she will be a strong leader for ASU at Lake Havasu, leading it to a bright future.”

Harcleroad has been at the location since April. She came early to get acquainted with the job, shadowing Van der Riet and, according to her, “working to facilitate a seamless transition even amid COVID-19.”

The Oregon native was a former associate vice president at Portland State University in Oregon before arriving at ASU. Prior to that, she worked at the University of Oregon as well as Lewis and Clark College in Portland.

ASU Now spoke with Harcleroad as she prepared to take the helm in Havasu.

Question: What is your educational and professional background?

Q: Why did you choose to lead ASU at Lake Havasu?

A: I’m excited to support students, faculty and professional staff to achieve new and continued success at a location with strong and meaningful connections to the broader community. The hands-on learning experiences students engage in through partnerships between the campus and Lake Havasu City provide unique, service-based learning opportunities, and I wanted to be a part of this great work. I’m also very excited to live in a smaller city with exceptional access to outdoor recreation. My husband and I love the sunshine and the water!

Q: When not at the office, what are your favorite hobbies?

A: In my free time, you will find me with family and friends, caring for my rescued bullmastiff, Joey — who has special needs — reading, and spending as much time as possible outside enjoying water-focused and sun-filled activities.

Q: What are your office must-haves?

A: Beyond the basics, in my office at work, I like sit-stand workstations. The ability to stand up during the day increases my productivity and contributes to my well-being. I also like plants. I think plant life in office settings helps create a welcoming environment.

Q: How has it been taking on a new job in a new location in the middle of a pandemic?

A: (It) has been challenging, interesting, stressful, creative and growth-full. It’s required patience and exceptionally creative problem solving, and while it’s been challenging, it’s also been so special to receive such a warm reception from my colleagues at ASU at Lake Havasu, the broader ASU community and Lake Havasu City. People have extended their advice, their help, their care and their kindness. While the pandemic is tragic and full of loss, starting a new job at this time has also given me the opportunity to see that my new colleagues and friends are community-focused. It’s truly an honor and privilege to be here in this new professional role, and I’m grateful to be a part of this very special Lake Havasu City community. Even though I’ve only been here for [a short time], I already feel a deep appreciation for the city and for the people.

Q: Had you been to Lake Havasu City before this transition?

A: While growing up in Oregon, my grandparents lived in Tucson, and we had the opportunity to visit often. As an adult, I continued to visit them in the summer — so I have been in Arizona when it’s hot — and I knew that I wanted to live in this state at some point. I haven’t had the opportunity to spend time in Lake Havasu City prior to visiting in March, but I instantly fell in love with the city and community. What’s not to love? It’s warm, it’s in Arizona and it hosts a beautiful lake!

COVID-19 has exacerbated infrastructure vulnerabilities in Indian Country and has brought attention to myriad issues that advocacy hasn’t been able to, experts say.Even though the Navajo Nation’s highest per capita coronavirus infection rate has been getting the lion’s share of attention in the media, the lack of infrastructure — especially broadband — impacts civic engagement, education... 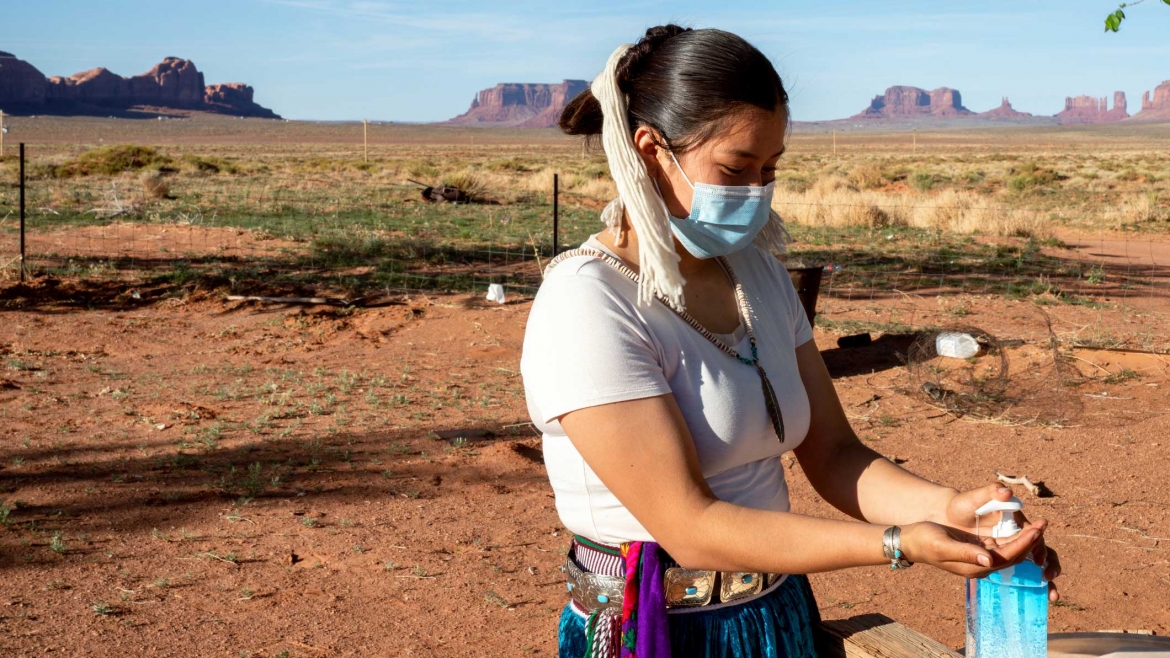 COVID-19 has exacerbated infrastructure vulnerabilities in Indian Country and has brought attention to myriad issues that advocacy hasn’t been able to, experts say.

Even though the Navajo Nation’s highest per capita coronavirus infection rate has been getting the lion’s share of attention in the media, the lack of infrastructure — especially broadband — impacts civic engagement, education, energy and health care delivery on U.S. reservations affected by the pandemic.

These were some of the discussions that took place Friday in a virtual town hall hosted by Arizona State University’s Marcus Denetdale, program manager for Construction in Indian Country.

“My condolences to those that are grieving because of the devastating impact that COVID-19 has had on our tribal communities,” said Jacob Moore, associate vice president for tribal relations at ASU. “Our role at ASU is to not only help fulfill the immediate needs of these communities, but also to think about, 'What does recovery and renewal look like as we come out of our current state?'”

The goal of the town hall and subsequent panel discussion was to bring together tribal and business leaders to discuss the economic outlook and address the current situation in Indian Country as they continue fight COVID-19.

“It's quite an honor to be affiliated with ASU and a president who recognizes the importance of our tribal nations and communities, not just here in Arizona, but across the country,” Moore said. Marcus Denetdale (top right), program manager for ASU's Construction in Indian Country, hosts a virtual town hall on June 19, giving updates on how COVID-19 has impacted Native American communities in Arizona and other states. Construction in Indian Country is an ASU-based committee created with guidance from the adviser to the Office of the President of ASU for American Indian affairs and individuals from Arizona and New Mexico Indian tribes. Screenshot by Charlie Leight/ASU Now

While ASU’s and others' efforts to help tribal communities have been exhaustive, the response simply isn’t enough. That’s because the needed infrastructure, especially when it comes to broadband and interconnectivity, is sorely lacking, according to Morris.

“The internet is the underpinning of our lives,” Morris said. “Everything depends on it, and we’re very far behind in Indian Country. We need broadband for everything from telehealth to education to energy management. The digital divide is real, and there are multiple divides.”

To illustrate her point, Morris said last year the American Indian Policy Institute released a research paper titled “Tribal Technology Assessment: The State of Internet Service on Tribal Lands.” Morris co-wrote the paper, which showed that many Native Americans on reservations do not have equal access to the internet and that most are using smartphones to go online at slower speed.

Morris said some of the major findings in the paper include:

“We have 162,000-plus people living on tribal lands that either are underserved or unserved when it comes to telecommunications infrastructure needs,” Morris said. “It was stunning to me that it took a pandemic to draw attention to the fact ... of the digital divide.” Toward this in April, the American Indian Policy Institute authored two policy briefs on the impacts of the digital divide on higher education on tribal reservations. The digital divide has also caused telecommunication problems with the delivery of online content to Native American students taking courses at ASU, said Howard.

“We’ve been looking at ways that ASU’s University Technology Office could support these issues, including providing Wi-Fi hot spot devices to ensure they can continue with their studies,” Howard said. Additionally, the institute's briefs were used by the  ASU Office of the President in working with Arizona congressional leaders to push for broadband funding in potentially forthcoming infrastructure packages serving tribal lands

Wright said in addition to internet connectivity, infrastructure issues such as the lack of funding for road maintenance and health care facilities have created major headaches for his tribe and others in the Great Plains.

“A lot of our tribal nations are spread out over large areas, and in some cases, it’s two to three hours of drive time to get to a health care facility,” said Wright, whose tribal area covers 15 counties in Nebraska, Iowa and South Dakota. “That gets even more compounded when roads and bridges are closed because of flooding from the past few years, making travel even more difficult.”

Wright said the problem has been amplified because many Indian hospitals have either been shut down or are understaffed, which is why they’ve quarantined their elders and the tribe has declared a state of emergency this year.

“All of these things get exacerbated in a time like this when our health care crisis is magnified,” Wright said. “We have been grossly underfunded, and that impacts how we move forward.”

Harvier said because many of his community are susceptible to diabetes and other underlying health issues, he has stressed taking extreme precautions. He added that his tribe is in an urban setting and borders cities such Scottsdale, Tempe and Mesa.

“With the rise of numbers in the surrounding cities and in Arizona, ours (numbers of COVID-19 cases) have gone up also,” Harvier said. “And if it starts getting into the community, it can really affect a large portion of our membership.

Harvier said COVID-19 has impacted the community’s financial health as well. The tribe has had to shut down its two casinos, which employs hundreds of community members, Harvier said.

“Without any income being generated and coming in, a lot of tribes are looking at the CARES Act to fill some of those gaps to make sure everything is moving forward,” Harvier said. “But now we’re starting to see all the strings that are tied to it. There’s some confusion how we can actually use those funds.”

Things are quite serious for the Navajo Nation, said Nez, who piped into the meeting from his car as he was conducting a food and supply distribution in Tuba City. He said they recently instituted another weekend curfew, their ninth consecutive.

“Our numbers are going down, but we’ll see what happens,” Nez said, who also mandated wearing masks among tribal residents and has instituted “aggressive testing.”

Nez said most construction and infrastructure projects on the Navajo Nation have been delayed, businesses have been forced to close and tourism has been completely halted due to the pandemic.

“There is not even a gas pump that is open (during the curfew hours),” Nez said. “We’re losing a lot of revenue, but hey, you gotta do what you gotta do to protect your citizens.”

Nez added the pandemic has underscored the need for Native doctors, nurses, police officers and law enforcement, which is why he said he has set aside $50 million in scholarships for professional development and building capacity.

“I think many of us tribal leaders want to grow our own,” Nez said. “We want our own Navajo to be in these professions.”

Morris said the role of ASU is not only to support tribal communities, but to be partners in creating the pipeline of youth going into a range of professions.

“We strive to be part of the solution,” Morris said.