Dean Mari Koerner, who has led the transformation of Arizona State University's Mary Lou Fulton Teachers College into a nationally ranked school recognized for leading research and an innovative approach to teacher preparation, today announced plans to leave the deanship at the end of the current academic year.

"There are rewards in teaching that you don’t get anywhere else. My experience working with the tremendous faculty, staff and students of Mary Lou Fulton Teachers College showed me time and again the incomparable rewards that come with teaching, and especially with teaching teachers," Koerner said in a message to the school’s students, faculty and staff. 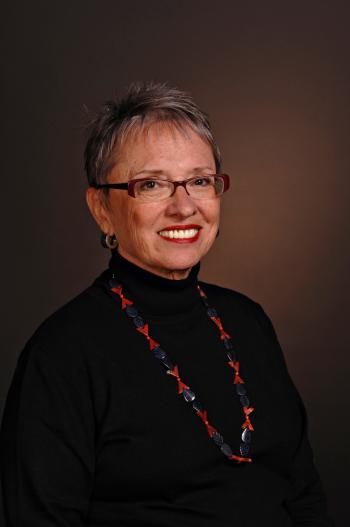 Mari Koerner, dean of the Mary Lou Fulton Teachers College at Arizona State University, has announced plans to leave the deanship at the end of the current academic year. Download Full Image

This marks the 10th year at Arizona State University for Koerner, who arrived on the West campus in 2006 as dean of the College of Teacher Education and Leadership. A national search will be launched to find a new dean. Koerner has committed to remaining in her position until a successor is named, and then she plans to establish a new center at ASU to bridge the gap between theory and practice in education by implementing research findings in the classroom.

"Mari has been an exemplary dean at ASU, a leader whose achievements have been an expression of the goals embodied in the University’s charter,” said ASU President Michael M. Crow. “Under her guidance, the Mary Lou Fulton Teachers College has evolved into a new standard-bearer for teacher education, a place where quality research and training is paramount and the impact of its students and faculty on our host communities is profound.”

In 2010, Koerner oversaw the consolidation of separate schools focusing on education research and teacher training spread across the university’s four main campuses into the combined Mary Lou Fulton Teachers College. At that time, the university’s graduate teacher training programs were ranked 36th in the nation and it conducted about $8 million in education research annually.

Under Koerner’s leadership, education research expenditures have rocketed to $25 million annually and the college has climbed steadily up the U.S. News & World Report rankings to No. 17, where it was tied with Berkeley.

U.S. Education Secretary Arne Duncan singled out the college for praise, saying that under Koerner’s leadership it was “raising the bar” for teacher training nationally.

The quality of the college’s faculty researchers also has been noted, with 45 chosen as consultants, reviewers and editors on the editorial boards of a wide array of educational journals. Eleven of the university’s 19 American Educational Research Association fellows are members of the MLFTC faculty.

“When she ends her service next summer, Mari will have completed an remarkable decade as an ASU dean,” said Mark Searle, the interim provost at ASU. “No matter who the university identifies to follow her, the next dean will have a strong foundation to build on.”

ASU’s roots are in teacher education. The institution was founded as the Tempe Normal School, a teacher’s college with 33 students, in 1886. Today, the college matriculates more than 5,000 students, and more than 93 percent of them report finding employment upon graduation.

The Mary Lou Fulton Teachers College is a prime expression of the university’s charter commitment to having a positive impact on the community, particularly through its unique iTeachAZ program, in which college seniors spend an entire academic year teaching in a pre K-8 school with a mentor teacher.

The iTeachAZ program has resulted in more than 2 million community service hours performed by college seniors in public schools throughout the state, and students who complete this immersion program are well prepared to take on classrooms of their own. Eighty percent of the program’s graduates are employed in one of the partner school districts in the state, the majority of them in under-served neighborhoods.

Koerner’s pioneering approach as dean was driven by her experience in the classroom. After graduating with a degree in English literature in 1967, she responded to a radio ad for teaching jobs in the Chicago Public Schools on a Friday afternoon. The following Monday, she was standing in front of a second-grade classroom at Matthew Henson School on the West side of the city, a role for which she found herself “woefully inept.”

“I did not have the skills to teach children how to read, write and do math. I quite literally did not know what to teach or how to teach it,” Koerner said. “I went to non-relevant teacher preparations classes in the evening. But what I really needed was to understand how children develop — and then how to teach them.”

Koerner pursued her quest for excellence in teaching all the way through a doctorate in curriculum and instruction from the University of Illinois at Chicago, and she held faculty and administrative positions at Roosevelt University in Chicago and the University of Massachusetts Boston before coming to ASU.

“Because of my seven and a half years teaching in Chicago, I know that it takes a fully prepared and committed person to become a good and effective teacher,” Koerner said.

When she transitions away from her role as dean, Koerner plans to launch the Center for the Art and Science of Teaching. The best empirical evidence of teaching is not used in a sustained way in most classrooms around the country, Koerner said, and the center will be dedicated to re-conceptualizing the field of teacher education around well-founded models of best practice.

“I have been fortunate in having a career working with educators and both teaching and learning from them,” Koerner said. “I continue to be fortunate in that in this next phase, I can continue this work.”

As Arizona State University gears up for the start of classes this week, our reporters are spotlighting scenes around its campuses.

As Arizona State University gears up for the start of classes this week, our reporters are spotlighting scenes around its campuses. Take a look at what's been going on during ASU Fall Welcome.

More than 11,000 freshmen started their ASU journey this week, and they’ve been getting a lot of advice: Connect with mentors! Try new things! Five freshmen on the Downtown Phoenix campus share experiences they never had before coming to ASU.

Students make a change on Polytechnic campus, in their lives

Albert Giovanazzi could have slept in Wednesday morning, but the ASU freshman wanted to make a difference. His goal was achieved by helping the Changemakers clean up part of the Polytechnic campus.

New Sun Devils received an official welcome Tuesday in a raucous celebration in Wells Fargo Arena. Among the speakers: President Michael M. Crow who told students that there is nothing standing in their way from graduating from ASU.

Incoming journalism students play welcome games – including trivia about ASU – and get to know each other as part of their orientation to the Cronkite Village, one of 32 residential colleges across the four campuses in which students live and learn together.

At the start of each fall semester, peer mentors from the New College of Interdisciplinary Arts and Sciences on ASU's West campus help freshmen know what to do if faced with an unfamiliar situation. Here, mentors share their tips for newcomers.

The final installation of new air-traffic-control simulation technology was being overseen Tuesday on ASU's Polytechnic campus. The system ("so cutting-edge that it’s bleeding edge") will help prepare students for a rewarding but highly competitive field.

Despite the present stillness at ASU's West campus Sun Devil Fitness Complex, Casey Monroe knows what is coming: a barrage of energetic students ready to dive headfirst into another semester.

Freshmen entering ASU's School of Criminology and Criminal Justice in downtown Phoenix spent their first day playing a life-size version of the popular board game "Clue," which helped them build relationships that will be key to their success.

The Polytechnic campus has all sorts of fun things, including students who break into dance while helping freshmen move into the dorms. Volunteer Megan Lymer says of the campus: “We all get along, and we know where to go if we need anything. It’s fun.”

From stocking up at the bookstore to imparting words of advice, three families share their impressions of moving their new Sun Devil into college this week — and whether they will worry about them when they're gone.

Camp Solera is a three-day experience for freshmen at ASU's West campus, designed to build class unity, introduce the incoming students to campus resources and give the newest members of the Sun Devil family a sneak peek into ASU traditions.