What’s happening at Arizona State University this week? A lot! 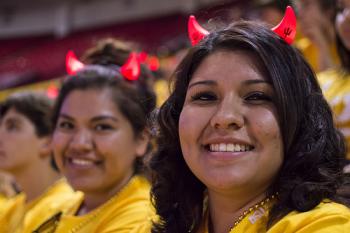 Wednesday, Feb. 19
Career Fashion Show
5-6:30 p.m., Downtown Phoenix
Learn how to dress to impress your prospective employer, whether you are entering your career field for an internship or full-time employment. Enjoy fashion demonstrations, delicious food and high-end prizes from businesses like Downtown Salon Phoenix, Urban Outfitters and more. Just don’t forget to bring your Sun Card.

Take the Lead Launch
6 p.m., ASU Gammage
Sheryl Sandberg, COO of Facebook and author of "Lean In," headlines at the Take The Lead launch of a new initiative to prepare, develop, inspire and propel women to take their fair share of leadership positions by 2025. General Admission $15, or FREE to students with a valid college or high school ID.

Thursday, Feb. 20
How to Find an Internship
4-5 p.m., Career Services, Tempe campus
Using only the Internet to find an internship can be overwhelming, frustrating and, depending on your career interests, ineffective. Attend this workshop to discover how to use a variety of search tools and resources to help you obtain an internship.

Friday, Feb. 21
Night of the Open Door
5-8 p.m., Polytechnic campus
A signature event of the AZSciTech Festival, Night of the Open Door offers more than 100-plus hands-on activities, performances, tours, games and museums in a carnival-like, family-friendly atmosphere. Tour spaces, meet professors and connect with student clubs. To view events on all campuses, please visit the Events Calendar.

ASU Night at the Suns
Watch as the Phoenix Suns take on the San Antonio Spurs. Get your discounted tickets for $15 at http://www.nba.com/suns/groupaide by entering the promotional code "Sparky." The first 50 tickets are FREE!

Saturday, Feb. 22
Dance Marathon
2 p.m-2 a.m., Sun Devil Fitness Complex, Downtown campus
Get out and dance for a good cause! The ASU Dance Marathon is an all-night dance party to raise money for the Phoenix Children’s Hospital.

Why we love some animals and hate others

Author Jon Mooallem's upcoming lecture will look at the intriguing, and at times confusing, relationship between humans and animals.

Why we love some animals and hate others

Looking at historical biological and cultural studies, author Jon Mooallem aims to better understand why and how people sympathize with some animals rather than others. This will be the subject of his upcoming lecture, titled "Billy and Teddy: Fear, Disinterest and Compassion for Wildlife."

The Feb. 20 lecture is part of the Humanities for the Environment project funded by the Institute for Humanities Research Andrew W. Mellon Foundation/Consortium of Humanities Centers and Institutes. 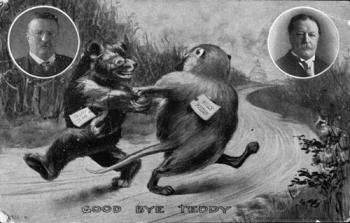 The title of his talk points to an incident that took place on a hunting expedition in 1902 when President Theodore Roosevelt refused to kill a black bear that had been cornered and harnessed by some of his attendants, deeming such an action incredibly unsportsmanlike.

This event was widely publicized and inspired a new toy, “Teddy’s bear.” In response to the popular toy, president-elect William Howard Taft promoted a new toy named “Billy Possum.” As those who have seen a possum could have predicted, this toy flopped; luckily for Taft, it was introduced after the ballot count.

The real interest in this phenomenon lies not in how Taft could have committed such a blunder when choosing an animal to represent him, but rather in how Americans perceive different animals, why they perceive them this way, the effects such perceptions can have on the environment and how these public opinions about animals can be manipulated toward certain ends.

Mooallem has spent years exploring this topic, and has contributed to This American Life, Harper’s, Wired, The New Yorker, Radiolab and many other magazines and radio shows, which are frequently used as mediums for exploring this intriguing, and at times confusing, relationship between humans and animals.

In addition to recently publishing the critically acclaimed "Wild Ones," he has also been a contributing writer of the New York Times Magazine since 2006 and writer-at-large for Pop-Up Magazine.

Mooallem’s lecture, which is co-sponsored by the School of Life Sciences in the College of Liberal Arts and Sciences, is part of the international Humanities for the Environment (HfE) project concerned with various aspects of environmental humanities, and will be animated by questions about the role of the humanities in the Anthropocene.

Mooallem, along with University of Utah professor of biology Nalini Nadkarni, will be participating in the second of three workshops during their visit to ASU this week, titled "Imagining Communities in the Anthropocene: Multi-species Relationships."

The lecture is scheduled for 5 p.m., in Marston Exploration Theater, in the ISTB4 building. Book signing and refreshments will take place at 4 p.m.

To RSVP, visit the Institute for Humanities Research website.