“Quantum Man: Richard Feynman’s Life in Science,” ASU Foundation Professor and Director of the Origins Project Lawrence M. Krauss’ recent book about a legendary and sometimes very public modern physicist, has been chosen as the 2011 Book of the Year by Physics World magazine in the UK.

Feynman is one of the most famous physicists of the second half of the 20th century, but he did much to bring science to the people, taking time to explain in simple terms some of its complexities and draw people into the exquisite world of science. One prime example of Feynman (who died in 1988) on the world stage was his explanation of the rigidity of space shuttle O-rings as a leading mechanical cause for the Challenger disaster in January of 1986. 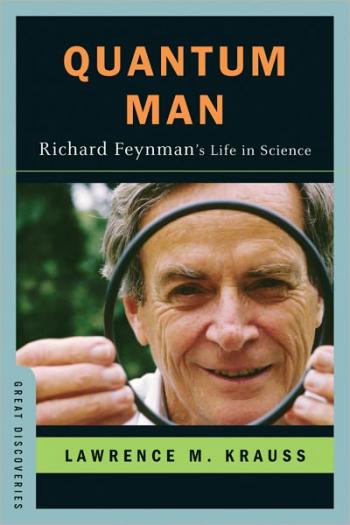 Through his autobiographical memoirs and such public activities, Feynman became a well-known public figure, and as such has been the subject of numerous biographies. Krauss’ biography stands out, however, as the first scientific biography of the eminent Nobel-prizewinning physicist, who revolutionized our understanding of the quantum universe.

“I wanted to write a scientific book about Feynman because the public knows of him as a curious character, but what was clear was people did not know why he was revered by physicists,” Krauss said. “I also wanted to use Feynman as a hook to talk about 20th and 21st century physics. From quantum mechanics, to quantum computing, from particle physics to gravitation, Feynman laid the groundwork for much of what is at the cusp of our theoretical explorations of the Universe today.”

As a scientist, Feynman had an extraordinary ability to concentrate all of his energy on a single problem. He is known for his contributions to the development of path integral formulation of quantum mechanics, the theory of quantum electrodynamics (for which he shared the 1965 Nobel prize) and the physics of superfluidity of supercooled liquid helium. He also made many contributions in particle physics, including our understanding of the weak interaction responsible for the processes that power the Sun, and the strong interaction between quarks, which governs the makeup of protons and neutrons, and hence all the matter that makes up the world we see around us.

In addition to his theoretical physics work, Feynman was credited with pioneering the field of quantum computing and introducing the concept of nanotechnology. He also worked on the Manhattan Project and served on the panel investigating the Challenger disaster.

“Feynman is a role model to many physicists, and there have been a lot of books written about him, but Quantum Man stands out because it focuses on what Feynman was like as a scientist and thinker, and explains why he and his work remain important even 20 years after his death,” said Margaret Harris, reviews and careers editor at Physics World.

“We particularly liked the fact that Krauss went back and re-read Feynman’s original papers when he was researching the book, since this gave him a perspective and an understanding of Feynman’s work that a lot of biographers lack,” she added. “Yet while the focus is firmly on Feynman’s science, and not his larger-than-life personality, it's nevertheless a highly readable biography – we can imagine pretty much anyone with an interest in physics, from students to Nobel laureates, unwinding with it over the holidays.”

Krauss’ book has been particularly well received by the physics community, as well as the public, and longtime Feynman collaborator and eminent scientist Freeman Dyson, who reviewed Quantum Man in the New York Review of Books has said that Krauss’ book is the first to really capture how Feynman thought about the world as a scientist.

“The Physics World selection of my book as Book of the Year is an unexpected honor,” Krauss said. “I was particularly surprised in the selection because the prize has gone in recent years to British authors. I am also particularly pleased because I happen to be a fan of Physics World as a popular science magazine.”

Krauss is the author of eight other books, including his upcoming book “A Universe from Nothing,” which will appear in January of 2012. Other books include “Hiding in the Mirror: The Mysterious Allure of Extra Dimensions, from Plato to String Theory and Beyond,” “The Physics of Star Trek,” “Atom” (which won the American Institute of Physics Science Writing Award), and “Quintessence: The Mystery of the Missing Mass.”

Sharon Bernstein, an award-winning editor and reporter at the Los Angeles Times, has been named the Donald W. Reynolds Visiting Professor in Business Journalism at ASU.

Sharon Bernstein, an award-winning editor and reporter with more than 20 years of experience at the Los Angeles Times, has been named the Donald W. Reynolds Visiting Professor in Business Journalism for the spring 2012 semester at the Walter Cronkite School of Journalism and Mass Communication at Arizona State University.

Bernstein helped direct the Times’ coverage of the 2008 financial crisis as assistant business editor. As a Times reporter, she contributed to the paper’s Pulitzer Prize-winning coverage of a bank shootout in 1998 and Southern California wildfires in 2004. Other awards include first place in investigative reporting from the Los Angeles Press Club and the Harry Chapin Media award for investigative reporting on the disadvantaged. She currently serves as online editor for NBC-LA. 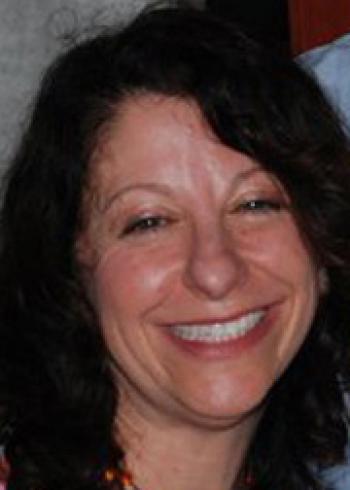 “We’re delighted to have an editor and reporter of Sharon Bernstein’s caliber to share her knowledge of business journalism with our Cronkite students,” said Andrew Leckey, president of the Reynolds Center and the Reynolds Chair at Cronkite. “Throughout her career at the Los Angeles Times, she exhibited the professionalism and investigative curiosity so important in cutting through to today’s economic realities for the reader.”

Bernstein has served on the board of governors of the Society of American Business Editors and Writers and the board of directors of the Los Angeles Chapter of the Society of Professional Journalists. She holds a master’s degree in journalism from the University of California at Berkeley and a bachelor’s degree in political science from Washington University in St. Louis.

“I am a great admirer of both the Cronkite School and the Reynolds Center,” Bernstein said. “Business journalism has never been more important, and I am honored and excited to be part of ASU's fantastic program.”