Madeline Sands has been named a recipient of the Marshall Scholarship, which will enable her to pursue graduate studies at the university of her choice in the United Kingdom.

Marshall Scholarships are highly competitive, and are awarded to up to 40 American students nationwide, yearly. Marshall Scholars are characterized by their talent, independence and wide-ranging skills. 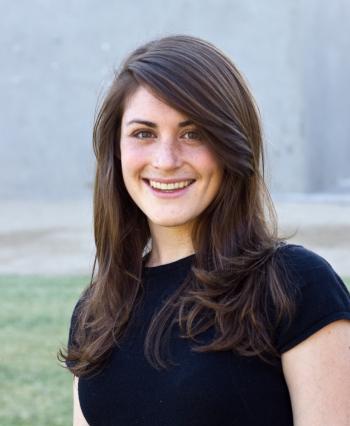 "I’m so honored that the British government, through the Marshall Scholarship, is providing this tremendous opportunity for the advancement of scientific research. The scholarship will allow me to build on the work I have begun at Arizona State University,” Sands said.

“I see myself involved in public health, perhaps at the Centers for Disease Control and Prevention or the World Health Organization. I plan to be a practicing physician while working on health care policy and intervention,” she said.

Sands’ first introduction to her future occurred when she was in the fourth grade, while attending a lecture by Donald Johanson, founding director of the Institute of Human Origins at ASU. His archaeological work fascinated Sands, including hearing about his discovery of the Lucy fossil in northeastern Ethiopia.

“That’s really when I decided that this is something that I find interesting – the scientific method, the process, answering questions and adding to the scientific literature and discussion,” she said.

Pursuing her passion through abundant opportunities at ASU has provided Sands with experiences and exposure to fully explore her interests. Study abroad opportunities have taken her to an archeological dig in Cyprus and on trips to Guatemala to study health care reform and traditional healing medicine and practices. A hyena dig in Africa gave her insight into the human condition and how people didn’t evolve in a vacuum, but were influenced by a plethora of factors, from animals that were hunted to competition for resources.

“ASU is guiding the next generation of scientists. I have excelled because of the opportunities provided by ASU, such as working with faculty that are experts in their field of study to the support and infrastructure of the university that enables research and scientific advancement,” she said.

Sands is one of the founders of Hydrogene, a company that is developing a low-cost biosensor system to detect pathogens in water supplies that lead to health problems in developing countries. Hydrogene was selected to participate in the Edson Student Entrepreneur Initiative and also received funding from the 2013 ASU Innovation Challenge for developing the biosensor.

“This is a perfect example of the entrepreneurial spirit that ASU fosters. These programs, and opportunities such as the Edson Initiative and the Innovation Challenge, have an impact on start-up business and help students who are future entrepreneurs,” she said.

In addition to being invited to Phi Beta Kappa as a junior, Sands has also received numerous awards while at ASU, such as Barrett, the Honors College Outstanding Graduate for Research, Moeur Award, School of Human Evolution and Social Change Alumni Award for Academic Achievement and the Governor’s Scholarship, funded by the Consular Corps of Arizona. Sands was also named a Spirit of Service scholar, providing her with the opportunity to learn skills that help student leaders become successful in public service.

“Attending monthly seminars, engaging with community leaders, working on outreach projects and interacting with my fellow Spirit of Service scholars made me feel like I had the ability to instill change,” she said.

Sands is currently working as one of the student directors of a collaborative project run by students at ASU, Northern Arizona University and the University of Arizona to bring the Student Health Outreach for Wellness (S.H.O.W.) community initiative to fruition. This is a student-led health clinic that provides holistic, client-centered health services and programs after hours to those experiencing homelessness in Maricopa County.

“This will be one of the first completely student-led clinics in the country,” she said. “The S.H.O.W. community initiative showcases inter-professionalism, as students from various disciplines come together to fill a gap in service, all while participating in hands-on clinical experience that serves the community.”

As Sands begins the next chapter of her life in England, she’s grateful for the education, training and mentorship that she’s received at ASU – especially individuals like Janet Burke, associate dean of Barrett; Chemistry and Biochemistry professor Ian Gould; School of Life Science professor Miles Orchinik; and Daniel Hruschka, Kaye Reed and Jonathan Maupin, all of the School of Human Evolution and Social Change, for their support and guidance throughout the years.

“The resources, initiatives and faculty at ASU allowed me to explore and engage in the world around me. ASU has all that I could ask for, from Barrett, the Honors College to the depth and breadth of opportunities that led to my success,” Sands said.

An annual event, ASU Thanksgiving dinner brings together the Sun Devil community of students unable to return home for the long holiday weekend.

Students who are unable to return home for the long holiday weekend can make plans to attend the ASU Thanksgiving dinner from 11 a.m.-1 p.m., Nov. 28, at the Off-Campus Student Services Office, 915 S. Rural Rd.

An ASU tradition since 2008, the Thanksgiving dinner is supported by Off-Campus Student Services, the ASU Sun Devil Family Association and sponsored by University Housing (the Hub), and has brought more than 500 students and families together. The event is a great way to share the warmth of the holidays with others and allows students to invite up to four friends or family members. 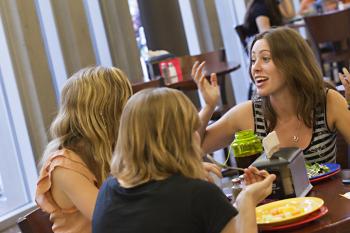 This year's Thanksgiving meal will be dedicated to Patrick O’Rourke, a staff member who passed away in October 2013.

"Off-Campus Student Services will always be reminded of Patrick O'Rourke during this annual Thanksgiving dinner," says Stephanie Salazar, director of Off-Campus Student Services. "He played a role in the development of this event and graciously volunteered his time. He will be greatly missed." O’Rourke dedicated 30 years to a career at ASU helping students achieve success.

To encourage the spirit of giving, guests are asked to bring a canned food item as a token of entrance. All cans of food will be donated to the City of Tempe food bank.