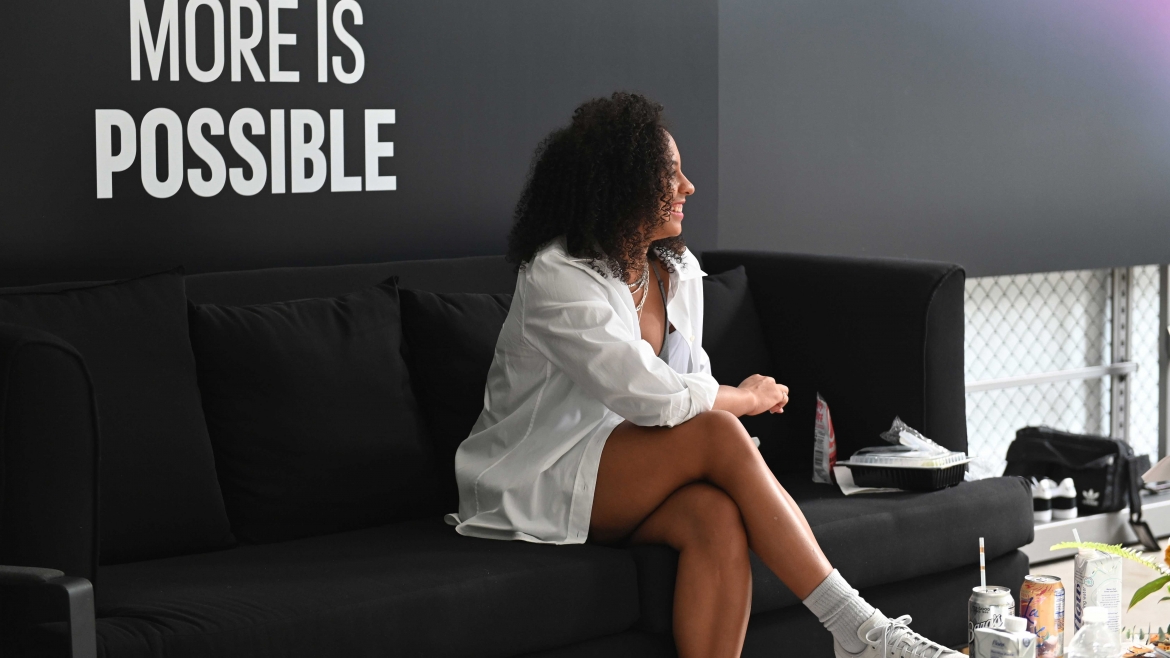 Group licensing, digital platforms among the ways student-athletes can be compensated

It is a new era for college athletics, as student-athletes can now be compensated for the use of their name, image or likeness.

Endorsing a business on social media, appearances and autograph sessions, or camps are just some of the ways for student-athletes around the nation to be compensated, and Arizona State University has updated its name, image or likeness, or NIL, efforts.

“As we continue to evolve with the rapidly changing realities of college sports in 2022, ASU has developed a balanced, forward-looking approach to help our student-athletes identify, assess and implement NIL opportunities,” said Ray Anderson, vice president for University Athletics. “These are opportunities that can benefit them now as student-athletes, and also benefit them in the years ahead.

“We have taken a hard look at what is needed to compete today, and we are taking important steps in that direction.”

Here is a closer look:

“As college athletics continues to evolve, a critical component of the experience is a formidable NIL program that educates and empowers student-athletes,” said Jean Boyd, ASU deputy athletics director and a former ASU football player. “Providing guidance to student-athletes to understand personal brands, seek out legitimate opportunities for engagement, and being aware of fiscal responsibility while educating Sun Devil Athletic supporters of appropriate means to connect with them are all foundational components of a strong NIL program.”

“Twenty-three of our 26 sports have at least one NIL deal, and nearly 200 businesses are already involved in NIL deals with Sun Devils,” he said. “But these steps will help us to be competitive in this quickly changing landscape.”

A new study urges that state and federal regulators need to take a closer look at the health and safety risks of the growing medicinal and recreational cannabis market.  “Cannabis regulation is unlike any agricultural commodities, food or drugs in the U.S. Currently, there are no national-level guidelines based on conventional risk assessment methodologies or knowledge of patients’ susceptib...

A new study urges that state and federal regulators need to take a closer look at the health and safety risks of the growing medicinal and recreational cannabis market.

“Cannabis regulation is unlike any agricultural commodities, food or drugs in the U.S. Currently, there are no national-level guidelines based on conventional risk assessment methodologies or knowledge of patients’ susceptibility in medical use of cannabis,” said lead author Max Leung, an Arizona State University assistant professor in the School of Mathematical and Natural Sciences. 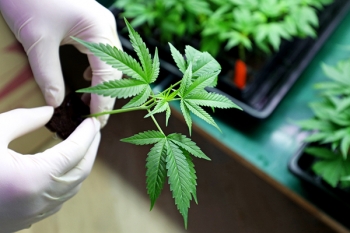 A new study urges that state and federal regulators need to take a closer look at the health and safety risks of the growing medicinal and recreational cannabis market. Image courtesy: National Institute on Drug Abuse Download Full Image

“Therefore, our research team conducted the first comprehensive study to examine three main concerns: 1) the current landscape of state-level contaminant regulations, 2) identifying cannabis contaminants of concern in samples, and 3) explore any patient populations who may be susceptible to contaminants.”

The cannabis market has grown significantly in the past decade from a $10 billion industry in 2017 to what is projected to be a $50 billion industry by 2026, and within the past year, an estimated 55 million users. Currently, 15 states have made medicinal cannabis legal, but little attention has been paid to its implications in chemical exposure and consumer safety.

At the federal level, cannabis is still listed as an illegal substance. This limits the efforts of several federal agencies in assessing and mitigating the public health risk of cannabis contamination. Currently, cannabis is neither federally regulated as an agricultural (food) or a pharmaceutical commodity, so the USDA does not monitor its growth and the FDA does not consider it a drug.

So how is a cannabis user to know what they are putting into their bodies is safe? “There is surprisingly limited information on the contaminant level of cannabis products sold in this country,” Leung said.

Without any federal guidelines, it’s been left entirely up to the states to craft a patchwork of cannabis regulations and policy.

From their study, Leung and colleagues found that as of May, 36 states and the District of Columbia have listed a total of 679 cannabis contaminants as regulated in medical or recreational cannabis. Most of these contaminants were pesticides (551, which included 174 insecticide, 160 herbicide and 123 fungicide subcategories), followed by solvents (74), microbes (21), inorganic compounds (12), mycotoxins (5) and 16 classified as “other.”

“What was interesting is that many pesticides in this document were highly unlikely to be utilized in cannabis cultivation and processing,” Leung said.

These pesticides included chlorpropham (a plant hormone that prevents potatoes from sprouting), oxytetracycline (an antibiotic) and norflurazon (an aquatic herbicide for Hydrilla control).

“What was also alarming to us is that the U.S. EPA tolerance document and individual jurisdictions also listed a total of 42 legacy pesticides that were no longer registered for any agricultural use in the U.S., such as dichlorodiphenyltrichloroethane (DDT), chlordane, lindane and parathion.”

As to the amount of contaminants levels, there were large inconsistencies from state to state. Different state jurisdictions showed significant variations in regulated contaminants and action levels ranging up to four orders of magnitude.

How often was this a problem? The research team also mined data testing records of cannabis flower and extract samples produced in California, the largest state cannabis market in the U.S. Their sample data represented about 6% of California’s legal production in 2020 to 2021.

“As mandated by California’s Medicinal and Adult-Use Cannabis Regulation and Safety Act, all cannabis and cannabis products in the legal market of California are required to be tested for 68 pesticides, four inorganics, 20 solvents, six microbes and five mycotoxins,” Leung said.

“The cannabis manufacturers must submit their products – including cannabis flowers and cannabis products such as edibles, concentrates and other consumables — to a state-licensed cannabis testing laboratory. All products must be certified for compliance testing before they can be sold legally. The products that failed the state’s regulatory levels in the compliance testing are subject to recalls.”

The tallied an overall failure rate of 5.1% for the California cannabis samples, which included an average of the failure rate of 2.3% identified for flowers and 9.2% for extracts in California samples. Insecticides and fungicides were the most prevalent categories of detected contaminants, with boscalid and chlorpyrifos being the most common. The contaminant concentrations fell below the regulatory action levels in many legalized jurisdictions, indicating a higher risk of contaminant exposure.

Lastly, Leung’s team reviewed the medical cannabis use reports released by state-level public health agencies from 2016 to 2021. Currently, there are 37 U.S. medical cannabis programs and close to 100 qualifying medical conditions listed by these programs.

“Immunocompromised patients with cancer and HIV, women of reproductive age and patients with seizures and epilepsy are among those who are more susceptible to the health hazards of pesticide and microbial contaminants that may be found in cannabis."

“Our findings have two important public health implications,” Leung said. “First, the scattershot approach of regulations at the state level can confuse cannabis manufacturers and discourage compliance while subjecting cannabis users to a higher level of contaminant exposure in some jurisdictions. Second, given the current status of cannabis contaminant regulation in the U.S., it is unclear whether the health benefit of cannabis usage outweighs the health risk of exposure to cannabis-borne contaminants.”

To help better inform the public and policymakers, Leung recommends further investigations to examine the safety considerations in susceptible patient populations across all medical conditions.

“The progression and prognosis of many qualifying conditions may be worsened by exposure to detected contaminants in cannabis,” Leung said. “This study demonstrates an urgent need for a unified regulatory approach to mitigate the public health risk of cannabis contamination at a national level.”

The study “Comparison of State-Level Regulations for Cannabis Contaminants and Implications for Public Health” was published online Sept. 14 in the peer-reviewed journal Environmental Health Perspectives. To access the publication, go to DOI:10.1289/EHP11206.