The 10th annual Rosenbluth Family Charitable Foundation Genocide Awareness Week will be on the Arizona State University Tempe campus from April 4–9. Genocide Awareness Week is a weeklong event seeking to address how our global society confronts violent actions and threats of genocide and related mass atrocity crimes throughout the world.

The event started in 2012 with a United States Holocaust Memorial Museum Educators’ Workshop at Scottsdale Community College, which grew into a full conference the following year. From there, it became an annual, weeklong conference that drew in around 2,800 attendees. 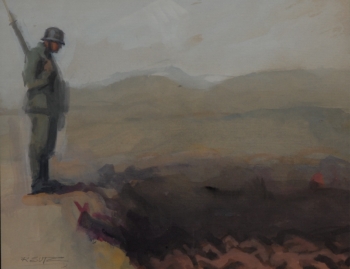 John Liffiton, an emeritus professor at Scottsdale Community College and the founder of Genocide Awareness Week, will be retiring after this year and is excited to bring the conference to ASU in hopes it will continue to grow.

“ASU is a much larger venue, and so the conference will grow from one presentation at a time to multiple presentations at a given time over its traditional week, thus not only continuing its legacy as the largest genocide conference, but becoming the preeminent genocide and Holocaust conference in the world,” Liffiton said.

This conference is an effort between ASU, the University of Arizona, Northern Arizona University and many community sponsors.

As it moves to ASU, Liffiton hopes it will “continue to foster genocide education for students and interested community members through in-person, remote and online delivery.”

This year’s conference will be in person, with the majority of the presentations available on livestream as well. Speakers for the conference include international and national educators, law enforcement and those who have worked in the justice system.

The keynote speaker is Father Patrick Desbois, a distinguished author, professor, historian, forensic detective and human rights advocate. Desbois is the founder of Yahad-In Unum, a nonprofit organization dedicated to discovering genocidal practices wherever they are found around the world. He culminated his research into a book, "The Holocaust by Bullets: A Priest’s Journey to Uncover the Truth behind the Murder of 1.5 Million Jews," as well as a traveling exhibit of the same name, which is now on display at ASU.

“The exhibition is an important part of the Rosenbluth Family Charitable Foundation Genocide Awareness Week, which seeks to address how we, as a global society, confront violent actions and current and ongoing threats of genocide throughout the world, while also looking to the past for guidance and to honor those affected by genocide,” said Volker Benkert, ASU assistant professor of history and Genocide Awareness Week board member.

The event hopes to broaden the topics, regions and groups of survivors in the program as it develops on the ASU campus. Lindsay Montgomery, Genocide Awareness Week board member and assistant professor in the University of Arizona’s School of Anthropology, is excited to see these developments.

“To date, these conference sessions have largely focused on what genocide scholars call the ‘20th century core,’ which includes the Holocaust as well as genocides committed in Armenia, Cambodia, Rwanda and Bosnia,” Montgomery said. “(Genocide Awareness Week's) partnership with ASU promises to expand the scope of the conference, to include genocides on the periphery, like those against Indigenous peoples in the Americas, Indonesia, Greece, East Timor, Maoist China and many others.”

As part of the larger initiative, the three state universities have coordinated to offer classes in genocide, social justice, World War II and memory-related courses.

“(Genocide Awareness Week) is truly becoming a more statewide initiative that will build on the already impressive legacy of John Liffiton and Scottsdale Community College,” said Alexander Alvarez, a board member for Genocide Awareness Week and a professor in the Department of Criminology and Criminal Justice at NAU.

Anyone wishing to attend the conference can see the full list of speakers and programs for this year on the conference’s website. Registration is also available via the ASU Events page listing.

Other programming for Genocide Awareness Week includes the "Holocaust by Bullets" exhibit, which will be on the first floor of ASU's Hayden Library until April 17.

Innovation, adaptability and the ability to compete in an ever-expanding market will be keys to the future of higher education in America, according to Arthur Levine, Distinguished Scholar of Higher Education at New York University, who shared his views in the 2022 Rhodes Lecture presented by Barrett, The Honors College at Arizona State University.“The United States is experiencing profound, unr...

Innovation, adaptability and the ability to compete in an ever-expanding market will be keys to the future of higher education in America, according to Arthur Levine, Distinguished Scholar of Higher Education at New York University, who shared his views in the 2022 Rhodes Lecture presented by Barrett, The Honors College at Arizona State University.

“The United States is experiencing profound, unrelenting and accelerated demographic, economic and technological change, and the nation’s population is changing racially, aging, moving and coming from abroad,” Levine said in his March 22 talk, titled “The Future of Higher Education,” which took place at the Tempe Center for the Arts. 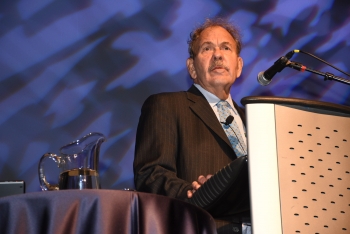 The country is undergoing a transformation from an industrial to a knowledge economy, and new digital technologies have emerged, he said, adding that the size, scope and rapidity of this current transformation in society rivals that of the Industrial Revolution.

“And one of the consequences of this is that all of our social institutions, every one of them, government, health care, finance, journalism and higher education, were all built for another time” and need to change to meet current challenges, he said.

Transformation in higher education will be driven by several factors, including competition in the higher education market, changing student demographics and technology, and colleges and universities will have to innovate to keep up, he said.

Among these are diverse independent, post-secondary institutions, as well as for profit and nonprofit organizations.

One example is Coursera, an online, publicly-traded, learning platform company launched in 2012 that offers thousands of courses to millions of users, Levine said.

Businesses, such as Google, Microsoft, Goldman Sachs, Price Waterhouse, Alibaba and Amazon, and nonprofits like the American Museum of Natural History, the Museum of Modern Art and the World Bank, as well as universities such as Cal Tech, Colombia, Duke, Hebrew University, Johns Hopkins, Beijing University, Princeton, University of Michigan, Yale and ASU offer courses through Coursera, he said.

Specifically, for example, the American Museum of Natural History offers a doctorate in comparative biology, a Master of Arts degree in teaching, and professional development courses for teachers. Google and Microsoft offer certifications that are valued in the technology sector.

Levine called the number of programs offered outside of traditional colleges and universities “just staggering.”

“With Coursera, the real issue is not only the explosion of content, but non-elite universities are going to be particularly disadvantaged in competing with industry giants,” he said.

Technology will force change on the delivery of higher education. With digital devices and the internet, students are going to seek from higher education the same things they’re getting from music, movies and newspapers, he said.

In these three industries, consumers choose round-the-clock over fixed-time access, anywhere mobile access over fixed locations, individualized over uniform or one-size-fits-all programs, and unbundled rather than bundled content — a track of an album or a story rather than a whole newspaper. In education, students will choose a course rather than buying a whole degree, he explained.

Student demographics also have a role to play in the changing higher education dynamic.

According to Levine, so-called traditional students who are 18–22, live on campus and study full time make up a small percentage of all college and university students. Many students are older, attend part time and don’t live on campus.

These so-called non-traditional students are looking for convenience, service, low cost and relevant, up-to-date courses. They don’t want to pay for or subsidize things they don’t use, such as museums or gyms on campus, or electives they are not going to take, Levine said.

Levine explained that the reason higher education works the way it does in terms of time and process is because it is a product of the industrial age.

Higher education in its current form has worked well, but it won’t continue to work well, because it will be eclipsed by the knowledge economy that more highly values what students learn rather than how they have been taught, he said.

“It makes much more sense to focus on what do you want a student to learn, not how long you want them to study,” Levine said.

In terms of equity in higher education, the thrust has been on getting more students from underrepresented groups into colleges and universities.