Mike Noble spends his days researching and analyzing data. That’s what the job title — chief of research and managing partner at OH Predictive Insights — calls for.But when Noble was asked Wednesday which 2022 Arizona political race he was most looking forward to, he said Republican Party primary for governor.“It’s going to get fiery and they’re going to beat the heck out of each other...

Men's Golf Opens the Spring at the Southwestern Invitational 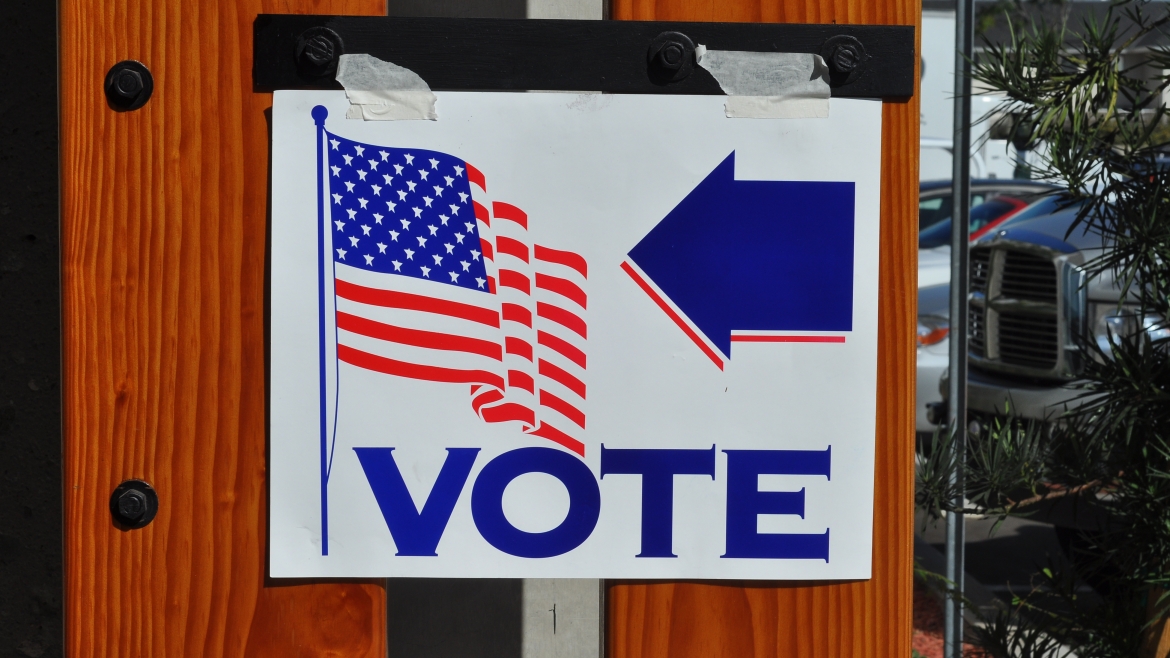 Mike Noble spends his days researching and analyzing data. That’s what the job title — chief of research and managing partner at OH Predictive Insights — calls for.

But when Noble was asked Wednesday which 2022 Arizona political race he was most looking forward to, he said Republican Party primary for governor.

“It’s going to get fiery and they’re going to beat the heck out of each other,” he said. “Someone will be left standing at the end, and I’m kind of curious to see who it is, to be honest.”

Noble, who graduated from ASU in 2007 with a Bachelor of Arts in communication, said the Nov. 8 midterm elections are “very much about enthusiasm.”

He also said that Arizona, as a battleground state, is one of five states — Pennsylvania, Florida, Georgia and California being the others — that will combine for one-third of all the broadcast spending leading up to the elections. In Arizona, the tab is expected to be $525 million.

So, what did the survey say?

Two issues are front and center for Arizona voters: Jobs and the economy, and immigration.

Twenty-nine percent of the respondents said jobs and the economy are the No. 1 issue, while 25% chose immigration. Health care was third at 16%, followed by education at 13%.

That's a notable shift from November's survey, when immigraition was at 34% and jobs and the economy at 24%. Looking back even further, jobs and the economy was the least important of the four categories in March 2020. That shift, Noble said, reflects the impact COVID-19 had on the economy and the lingering unease among voters through the pandemic.

"When things are abundant, that concern isn't there," he said. "The stock market was on a three-year tear and we had record low unemployment ... But once you start shutting down business, you have a lot of uncertainty, and jobs and the economy start to become important."

Not suprisingly, Democratic and Republican respondents saw things differently when it came to the most important issues in the country.

Noble said he's not surprised by the split, given the hyper-polarized nature of American politics these days.

"It's probably the worst we've seen," he said. 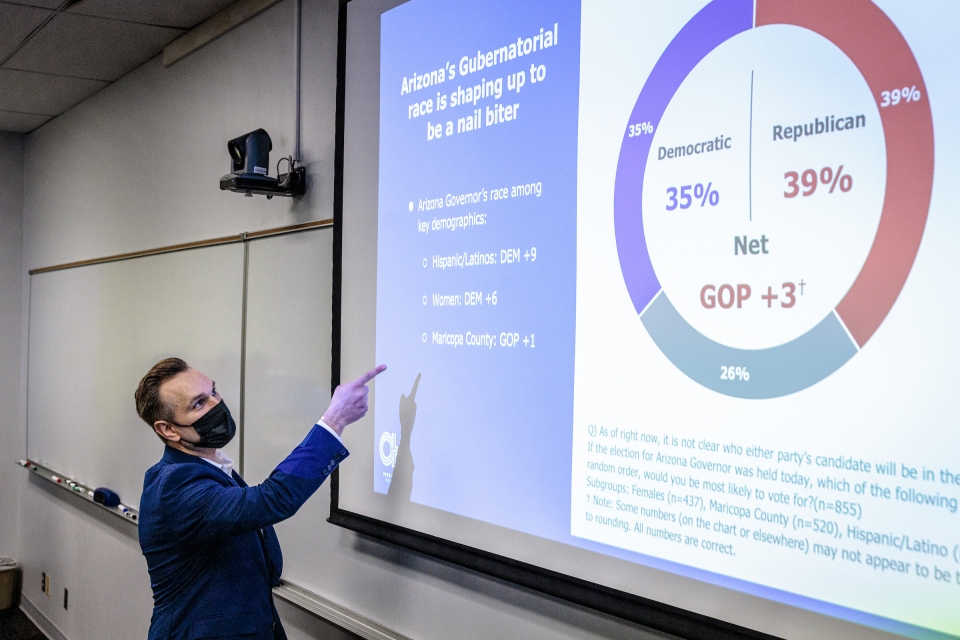 Mike Noble, OH Predictive Insights chief of research and ASU alum, discusses his analysis of voter sentiment trends and shifting polling numbers in his predictive look at the 2022 midterm elections and what it means for Arizona on Feb. 9 at the Farmer Education Building on ASU's Tempe campus. Photo by Charlie Leight/ASU News

Noble expects Republican candidates — particularly in the primaries — to focus on immigration because polling shows its importance to their voters.

"Also, it's important among some of those independents," Noble said.

The survey also showed that Republicans are more enthusiastic about the midterm elections. Among Republican respondents, 74% are either “extremely enthusiastic” or “moderately enthusiastic." That number drops to 66% for Democrats and 52% for Independents.

Those numbers could bode well for Republicans, Noble said.

“Remember, in these midterms, the Republicans are fully out of power,” he said. “They’re not in the executive branch, they don’t control (the Senate or the House of Representatives). Democrats have all three. When you’re out of power, you’re more motivated to scratch and get back in. Again, who’s motivated? Who’s going to get the vote out when you don’t have a presidential election?”

One number that should concern Democrats, according to Noble: They have just a nine-point advantage among Hispanic/Latino voters. That number traditionally has been closer to 20%.

“There’s a bit of shift on the Hispanic/Latino block to the red side,” Noble said. “They’re still blue. They’re just less blue than they were.”

The survey also asked respondents about the governor's race and the contested U.S. Senate seat held by Democrat Mark Kelly.

Among the Republicans running for governor, former Channel 10 newscaster Kari Lake still leads the field with 21% of the vote among respondents. Matt Salmon is next at 17%, and Karrin Taylor Robson comes in at 6%.

On the Democratic side, Arizona Secretary of State Katie Hobbs has a commanding lead among survey respondents, with 46% of the vote, followed by Marco Lopez with 9%.

Among the Republican candidates for Kelly’s Senate seat, Arizona Attorney General Mark Brnovich received 25% of the vote in the survey, followed by Michael McGuire at 11%.