The Lorraine W. Frank Office of National Scholarships Advisement has announced that four outstanding Arizona State University undergraduates have been nominated for the Truman Scholarship, the most prestigious award in the United States for undergraduates who aspire to careers in government, public service or advocacy.

The Harry S. Truman Scholarship Foundation was established by Congress in 1975 to serve as a living memorial to President Truman and his enduring legacy. The Truman Scholarship is part of the foundation’s efforts to promote educated citizenship and political responsibility among U.S. college students. The scholarship provides up to $30,000 to support graduate study leading to a career in public service, along with multiple professional development experiences and access to federal internships. 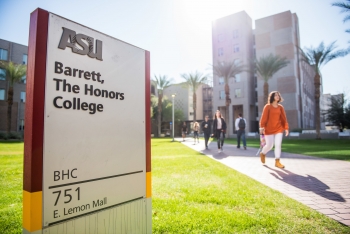 All four of the recipients are students at Barrett, The Honors College. Download Full Image

“The Truman Scholarship is really a remarkable program,” said Kyle Mox, associate dean of national scholarship advisement and the designated campus representative for the Truman Scholarship. “In addition to the generous stipend, it provides access to life-changing experiences. They are training the next generation of change agents.”

The nominees include Armando Montero, Joseph Pitts, Nathaniel Ross and Amanda Schuerman. All four of the juniors are students at Barrett, The Honors College.

“It is truly an honor to be nominated by ASU for the scholarship,” Montero said. “It's great to be part of a group that is dedicated to public service and demonstrating the contributions that young people can have in helping make the world a better place.”

“Our applicant pool was unusually strong this year, which is a testament to the creativity and motivation of ASU students to be able to pursue public service opportunities in the midst of a pandemic. You can see that these amazing young people are already agents of change,” Mox said.

Meet the agents of change 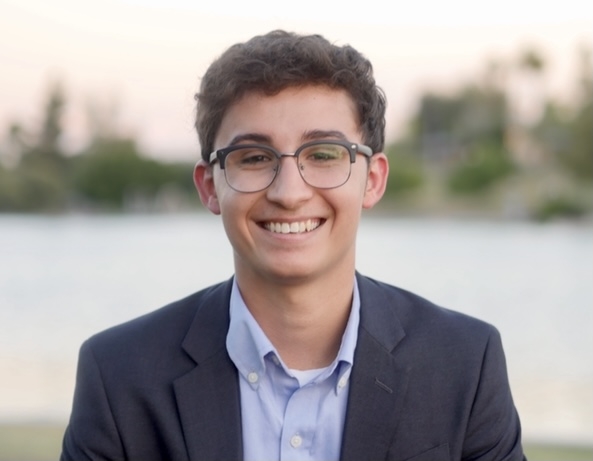 Armando Montero, a junior in Barrett, The Honors College at ASU and a Truman Scholarship nominee, is the youngest person ever elected to the Tempe Union High School District Governing Board.

Montero, a graduate of Desert Vista High School in Phoenix, studies political science, economics and mathematics (statistics). In 2020, he was elected to the Tempe Union High School District Governing Board, becoming the youngest person ever elected to the post. In this role, he has crafted ambitious, wide-reaching policies to significantly expand mental health resources for students in the Tempe Union High School District. He also works as a policy analyst for ASU. In the future, he plans to obtain a law degree from the Sandra Day O’Connor College of Law, pursue a career as an attorney for an education nonprofit, and run for elected office in Arizona to help improve the quality of public education in the state. 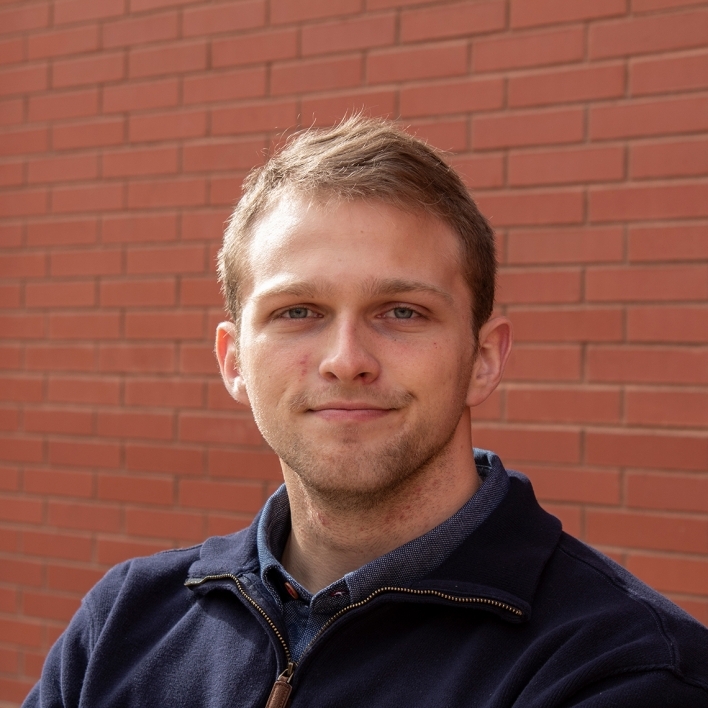 Pitts graduated from Boulder Creek High School in New River, Arizona, and studies both management and civic and economic thought and leadership at ASU. While at the university, he helped to found an online local newspaper, The Western Tribune, and is the founding director of the Arizona Chamber Foundation’s Junior Fellows program. Pitts has interned for offices and campaigns of U.S. Rep. Debbie Lesko, Sen. John McCain, Arizona Gov. Doug Ducey, Phoenix Councilman Sal DiCiccio and Phoenix mayoral candidate Daniel Valenzuela. His long-term goal is to earn a master's degree in public policy and then pursue a position in local government focused on improving the social capital of Arizona residents before running for a seat on a city council or board of supervisors. 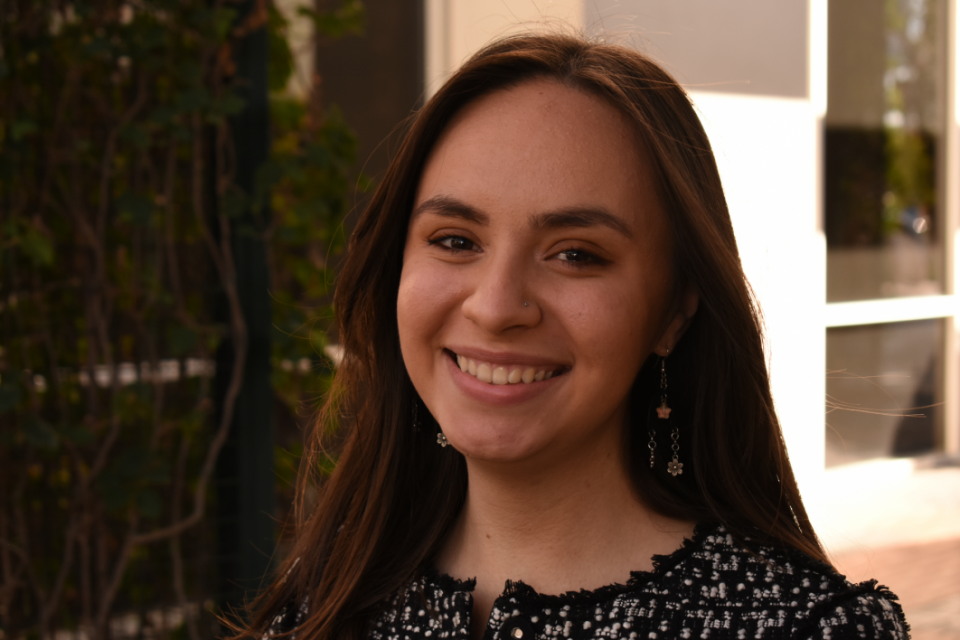 ASU honors student Amanda Scheurman, a Truman Scholarship nominee, has been active with March For Our Lives since 2018.

Schuerman, a graduate of the Gilbert Classical Academy High School, studies both philosophy and civic and economic thought and leadership at ASU. She has been active with March For Our Lives since 2018 and is the current national training manager and regional organizing director for this national gun violence prevention organization. A first-generation Venezuelan American, Schuerman has participated the Congressional Hispanic Caucus Institute, for which she is now an alumni associate member. A Flinn Scholar, she will pursue a joint MPP/JD degree at Harvard if awarded the Truman Scholarship. Her long-term ambitions are to work in social justice litigation for a youth-oriented advocacy group, like March For Our Lives, before founding her own social justice advocacy consulting organization. 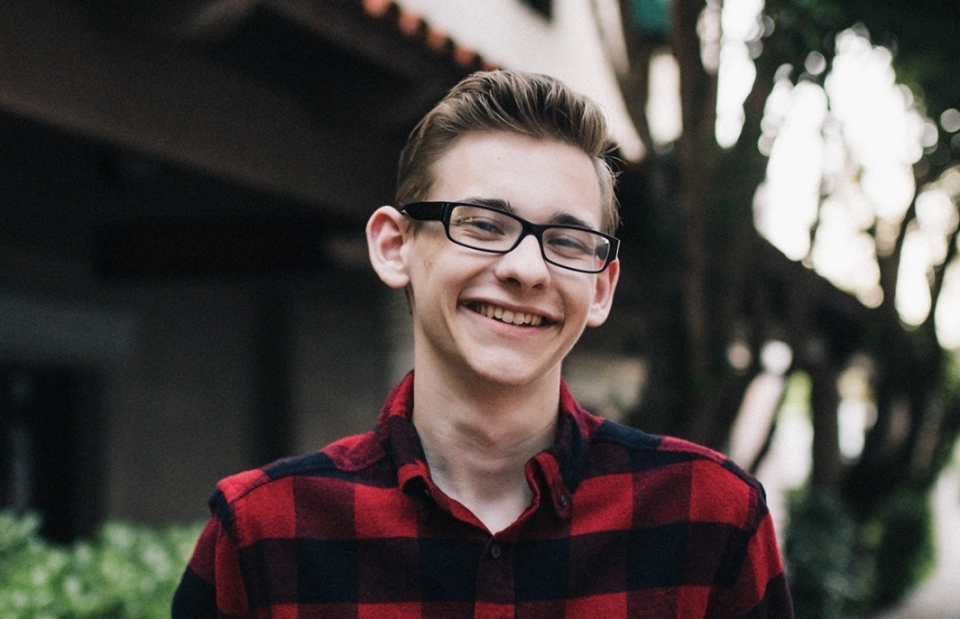 Truman Scholarship nominee Nathaniel Ross is a disability rights activist who aspires to become a lawyer.

Ross, a graduate of Mesa High School, studies biological sciences, political science, applied quantitative science and history. A committed disability rights activist, he founded EosFighter Connection, a virtual mentoring and networking organization for children with eosinophilic esophagitis (an allergic condition that happens in the esophagus) and related disorders. He was recognized as a Udall Scholar in 2021 for his activism related to the disproportionate effects of climate change on the disabled. If awarded the Truman Scholarship, Ross will complete a PhD in biology and society at ASU, followed by a JD at Harvard, which offers an emphasis in disability law studies. In the long term, Ross intends to later serve as an attorney for the Arizona Center for Disability Law and run for the Arizona state Senate.

“It’s notable that three of our nominees this year have indicated that, if awarded, they’ll use the Truman Scholarship to continue their education at ASU,” Mox said. “Considering that these students could probably select any graduate or professional program they want, that speaks both to their commitment to local issues and to the high quality and level of support that ASU offers.”

In 2020, the ASU Graduate College announced that it would be partnering with the Truman Foundation to bring more Truman Scholars to ASU by providing an additional full-tuition scholarship for up to two years of graduate or professional school at ASU.

Open to college juniors throughout the U.S., the Truman Scholarship is one of the more challenging national scholarships. Each year, the foundation awards approximately 60 scholarships, with at least one scholarship awarded to candidates from each U.S. state.

Over the past decade, three ASU nominees have been awarded the Truman Scholarship, with the most recent being Alexa Scholl in 2018. Other recent winners include Frank Smith in 2015, Leah Luben in 2012 and Danielle Bäck in 2011.

Each U.S.-based university or college may nominate only four candidates per year.

“That limitation is an excellent way to ensure parity at the national level,” Mox said. “But the down side is that at a school like ASU, which is so large and has a student body that is exceptionally committed to public service, getting nominated at all is very difficult.”

Each fall, ASU Truman hopefuls submit a preliminary application, which includes three letters of recommendation, to the campus nominating committee for consideration. The committee then narrows the pool and invites nominee finalists to interview in January. On the basis of the revised applications and the interview, the committee then selects four nominees.

“The application itself is complex,” Mox said. “It includes eight different short essays and a 500-word policy proposal. It’s one of the more sophisticated fellowship applications out there.”

Montero said the application process is unique in that “it makes you think of some of the most pressing issues we face today and begin to think about ways to solve them through future careers in public service.”

“The Truman Scholarship application was challenging because it forced me to seriously consider what my story is, and how I want to use my career to fight for social justice. I spent many sleepless nights editing my application essays, but I learned a lot about my passions, my identity and my future goals in the process,” she said.

Ross, who had previously been awarded the Udall Undergraduate Scholarship, said, "As with any national scholarship, the process can be overwhelming at times. I began preparing for the application with (the Office of National Scholarships Advisement) several months ago, and getting feedback early on helped me better clarify what messages I wished to convey in my application.”

Following nomination, the national pool is reviewed, state-by-state, by a finalist selection committee comprised of educational professionals, government officials and nonprofit leaders from across the U.S. A small number of applicants are then selected to interview with regional review panels throughout March and early April.

The regional interviews for Arizona, Nevada, New Mexico and Utah are usually held at ASU, but this year's interviews will be conducted virtually, Mox said.

“The interviews for Truman are famously difficult,” Mox said. “Which isn’t surprising, since the committees are usually comprised of judges, lawyers and public sector leaders – all of whom were Truman Scholars themselves.”

If invited to the regional interviews, the ASU nominees can expect to participate in several preparatory interviews, which are organized by the Office of National Scholarships Advisement.

“The practice interviews are usually the most mentally and emotionally challenging part of the process,” Mox said. “The panelists put our candidates through a ‘stress test’ to help them to learn how to think on their feet, keep their answers short and to the point, and handle high-pressure situations. In the long term, most of them will realize that these skills are invaluable, regardless of outcome.”

The Truman Foundation will announce the 2022 cohort of Truman Scholars by mid-April, and the new class of scholars will attend Truman Scholars Leadership Week, May 24–29, at William Jewell College in Liberty, Missouri, where they will be introduced to the resources provided by the Truman Foundation and meet with a range of distinguished governmental and public sector leaders.

“Personally, earning a Truman Scholarship would be very exciting,” Pitts said. “Professionally, the scholarship would enable me to further my education and career in public service, allowing me to serve others more responsibly and thoughtfully.”

“It would be a tremendous honor to win the Truman Scholarship,” Montero said. “Having struggled a lot in high school and taking some time to find my own voice, it would mean so much on a personal level to receive this recognition and be in a position I never would have even thought about several years ago.”