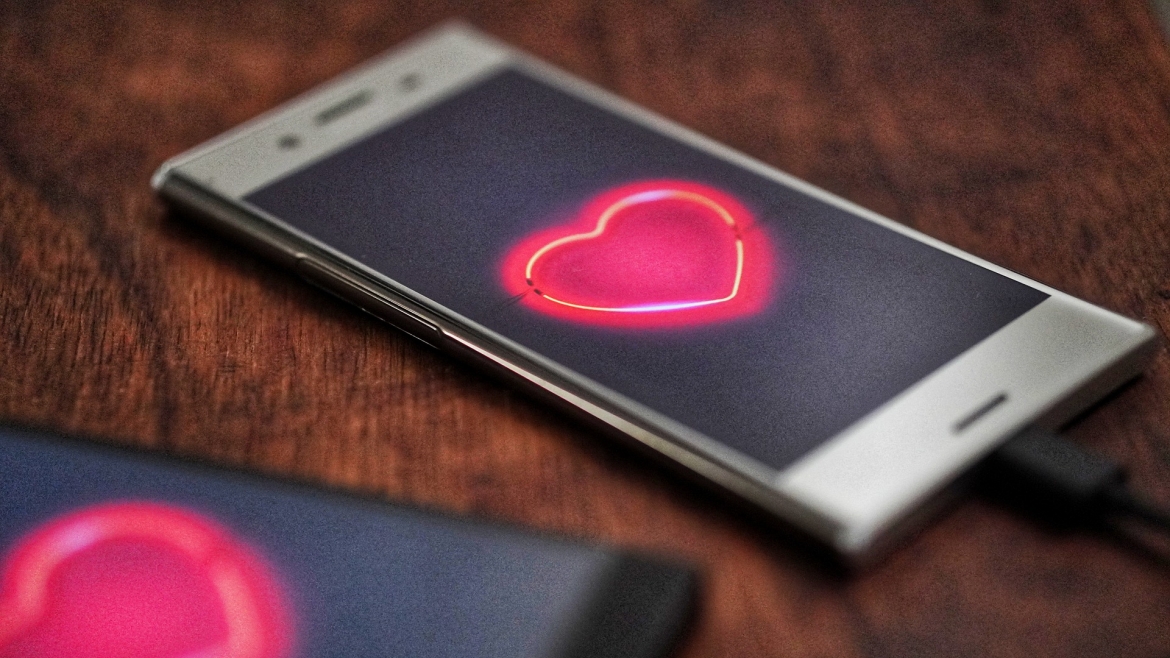 For the app aficionado in today’s 5G world, waxing nostalgic on what dating and romance used to be may only go back as far the dial-up modem that brought “Shopgirl” and “NY152” together in the pre-HD-produced rom-com “You’ve Got Mail.” It was a slow technological connection for a slow romantic buildup, and now — by modern standards — a rather “dated” recall for partner pairings when compared to the “likes,” “swipes” and “DM slides” that engineer today’s romantic rendezvous.

Online dating is the No. 1 way to meet a romantic partner in the U.S., says Liesel Sharabi, assistant professor in the Hugh Downs School of Human Communication and director of the Relationships and Technology Lab at Arizona State University.

Sharabi, whose research focuses on the connection between communication technologies and interpersonal relationships, says the growth of dating applications over the past decade continues to attract more people to the digital ecosystem and break taboos that once kept hesitant users away from the platform. And, as the AOL dial-up in “You’ve Got Mail” was once considered game-changing for the dating experience, Sharabi says emerging communication technology continues to push the boundaries for creating connections.

Question: “You’ve Got Mail” has been hailed as the quintessential online dating movie. But so much has changed since the classic 1998 rom-com, especially with the explosion of social media over the past 15 years or so. Hypothetically speaking, how do you think the romance between Meg Ryan’s Kathleen, aka “Shopgirl,” and Tom Hanks’ Joe, aka “NY152,” would play out in this age of Instagram, Twitter, Facebook and other online platforms?

Answer: “You’ve Got Mail” was important for bringing online relationships into the mainstream, but things have changed a lot since 1998. These days, many of our relationships are multimodal, meaning they tend to play out across multiple platforms. Joe and Kathleen probably wouldn’t have gone straight from talking online to meeting in person. They would’ve exchanged numbers, followed each other on social media, and had ample opportunity to gather information and learn more about each other. It’s difficult to imagine how they would have been able to continue the relationship as long as they did without uncovering each other’s offline identities.

Q: Online dating has disrupted more traditional ways of meeting romantic partners. Its rapidly rising popularity also comes at a time when more people are delaying marriage or choosing to remain single, according to recent studies. What has your research uncovered about the upsides and downsides of online dating in the search for communication connections and lasting relationships?

A: One of the clear advantages of online dating is that it introduces people to a larger pool of potential partners. This is huge, especially for people who might have limited opportunities to meet others just going about their day-to-day routines. However, as with most technologies, there can also be downsides. My research has shown that people sometimes struggle with knowing when to quit online dating and leave the single life behind. With so many options available, it can start to seem like there’s always someone better out there if you just keep swiping. I’ve also conducted research on deception in online dating and its impact on first dates. People worry about being “catfished” in online dating, which is of course something everyone should be mindful of.

However, you are more likely to encounter people who exaggerate or misrepresent themselves in more subtle ways — because they want to appear attractive, not because they’re trying to trick or mislead you. You want to be safe and protect yourself, but also know that the “great pretenders” who often make headlines don’t represent all online daters. 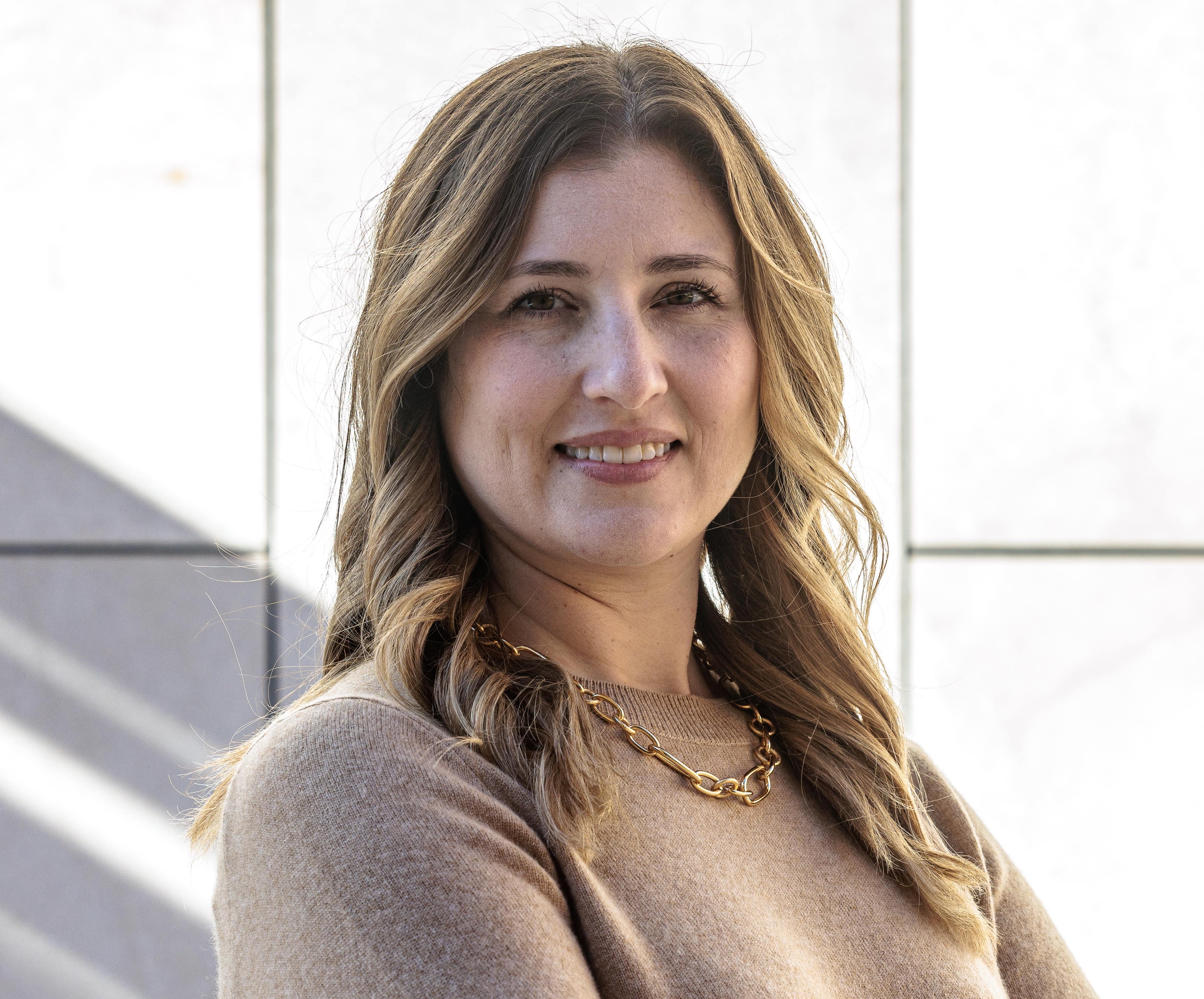 Q: You have been studying how the advancement in technology, particularly virtual reality, is changing communication in romance with immersive digital platforms. What does this look like, and are there more advantages to virtual reality dating than traditional online dating?

A: Before the pandemic, online dating was still largely centered around text-based messaging. Then when COVID-19 hit, many platforms started rolling out video dating features, which were an improvement but still not the same as interacting with someone face-to-face. I see a lot of potential in using VR for online dating because it lets you experience what it’s like to be with someone without having to actually be there in person. On a VR date, people can do things with each other instead of just asking questions back and forth as if they’re in an interview. I’ve also been collaborating with (VR company) Foretell Reality and (date coaching company) A Good First Date to study how VR can be used to teach people interpersonal skills that they can use to form relationships in the real world. As you can see, there are lots of exciting ways VR can be used to enhance interpersonal connections.

Q: Who uses online dating/virtual dating platforms and why?

A: These days, it really is everyone. Online dating is the most common way to meet a romantic partner in the U.S., more common even than meeting people at bars or through friends. However, online dating is especially popular among people under 30. I’d say that’s largely because of Tinder, Bumble and other apps that have been able to reach a younger audience by gamifying dating and making it feel more fun. 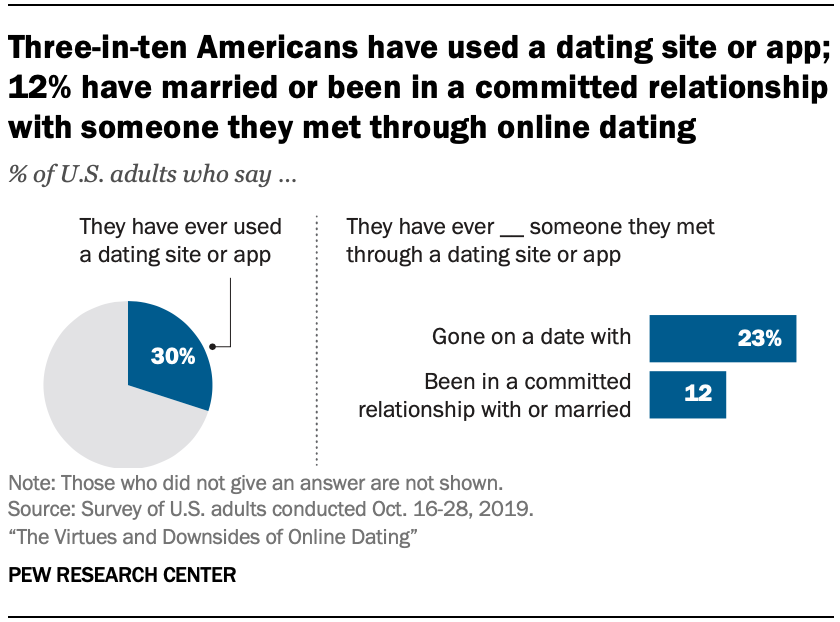 Q: What are online daters looking for in a mate? What do they find attractive in their communication with other dating users?

A: People often judge others based on what researcher Jenna Frost and othersCitation: Frost, J. H., Chance, Z., Norton, M. I., & Ariely, D. (2008). "People are experience goods: Improving online dating with virtual dates." Journal of Interactive Marketing, 22, 51-61. refer to as “searchable attributes” — things like height, income, political leaning and religious affiliation. Yet these things often aren’t very good indicators of what it would be like to interact with someone in person. This can leave people feeling frustrated if they think they’ve found someone who “checks all the boxes” but later find out there’s just no connection in person. You’re better off getting to know someone and seeing what it feels like to interact with them rather than overemphasizing superficial traits.

A: There are so many ways that people’s online communication can set them up for success or failure after meeting face-to-face for the first time. First dates no longer mark the beginning of a relationship because by the time people meet, they may have already come to know each other quite well online. In terms of long-term outcomes, researchers have shared findingsCitation: Cacioppo, J. T., Cacioppo, S., Gonzaga, G. C., Ogburn, E. L., & VanderWeele, T. J. (2013). "Marital satisfaction and break-ups differ across on-line and off-line meeting venues." Proceedings of the National Academy of Sciences, 110(25), 10135-10140. that show one-third of marriages in the U.S. started online nearly 10 years ago. These relationships were also found to be a little more satisfying and a little less likely to end in divorce than those that started offline. This demonstrates that online dating isn’t just getting people first dates – in some cases, it’s also leading to committed relationships.

Q: Back to “You’ve Got Mail,” do you think Joe and Kathleen’s AOL internet connection would have survived in today’s 5G social apps dating ecosystem?

A: I like to think so. But it wouldn’t have been the same kind of love story that it was in the 90s. I think it’s becoming more and more rare to see people forming relationships online that are entirely separate from their offline lives. The reality today is there’s a lot more blending between what we do online and offline. If Joe and Kathleen were to meet in 2022, their story would be a lot more complicated because they would have so many more tools available for getting to know each other.

Men's Hoops Heads to Pacific Northwest for a Pair

The Sun Devil men's basketball squad hits the road for an old-school Thursday-Saturday Apple Cup trip as it first takes on Washington on Thursday (Feb. 10) at 8 p.m. PT on FS1. ...

Men's Hoops Heads to Pacific Northwest for a Pair The Sun Devil men's basketball squad hits the road for an old-school Thursday-Saturday Apple Cup trip as it first takes on Washington on Thursday (Feb. 10) at 8 p.m. PT on FS1.