Sharabi, who studies interpersonal communication in the digital age, began her service at Arizona State University in fall  2020. 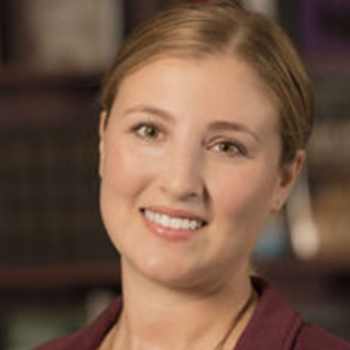 The two-year award was established in 2020 in memory of Hugh Downs by his son, Hugh R. “H.R.” Downs; his daughter, Deirdre Downs; and his grandson, Cameron Black. Hugh Downs, for whom the ASU school of human communication was named, was best known as an Emmy Award-winning American broadcaster, author, host and founding voice in modern American media. He died on July 1, 2020, at the age of 99.

“Professor Sharabi is well known for her cutting-edge research on the role technology plays in how people communicate in relationships,” said Hugh Downs School Associate Director and Professor Laura Guerrero, who directed the search committee that recruited Sharabi.

“In addition to publishing in numerous academic journals, she authors a blog called ‘Dating in the Digital Age’ for Psychology Today. Her work has also been featured in popular press outlets such as the Huffington Post and New York Magazine. Her research on relational communication and technology complements the research interests of Hugh Downs School faculty by looking at how technology is changing the communicative landscape in modern dating relationships.”

Sharabi will receive $5,000 a year for two years to support three projects:

Project No. 1: Dating in virtual reality

In the past few decades, digital dating via websites and mobile apps has become a multibillion-dollar industry and the most common way for couples in the United States to meet.

According to Sharabi, virtual reality (VR) is likely to be an important player in how singles interact.

“VR promises to be a new frontier in social interaction, potentially infiltrating the digital dating scene and blurring the boundary between mediated and face-to-face relationships,” she said.

To study dating and virtual realities, Sharabi will collaborate with Jonathan Pettigrew, an associate professor in the Hugh Downs School, and ASU’s engineering school to develop equipment and software. The team will run experiments by sending people on immersive VR first dates. Participants will actually be in different locations and wear VR headsets such that the partner’s social presence is very apparent.

“We are going to randomly pair people up and then observe their VR first dates. We're going to look at the communication process, how they orient towards each other as well as how they behave,” Sharabi said.

The team will look at relationship outcomes such as conversational satisfaction and if partners want to see each other for a second date (either face-to-face or via VR).

“We’re going to compare this experience to face-to-face dating as well as digital dating where people interact through text on a computer. Then we will look at how the outcomes compare to traditional forms of dating.” 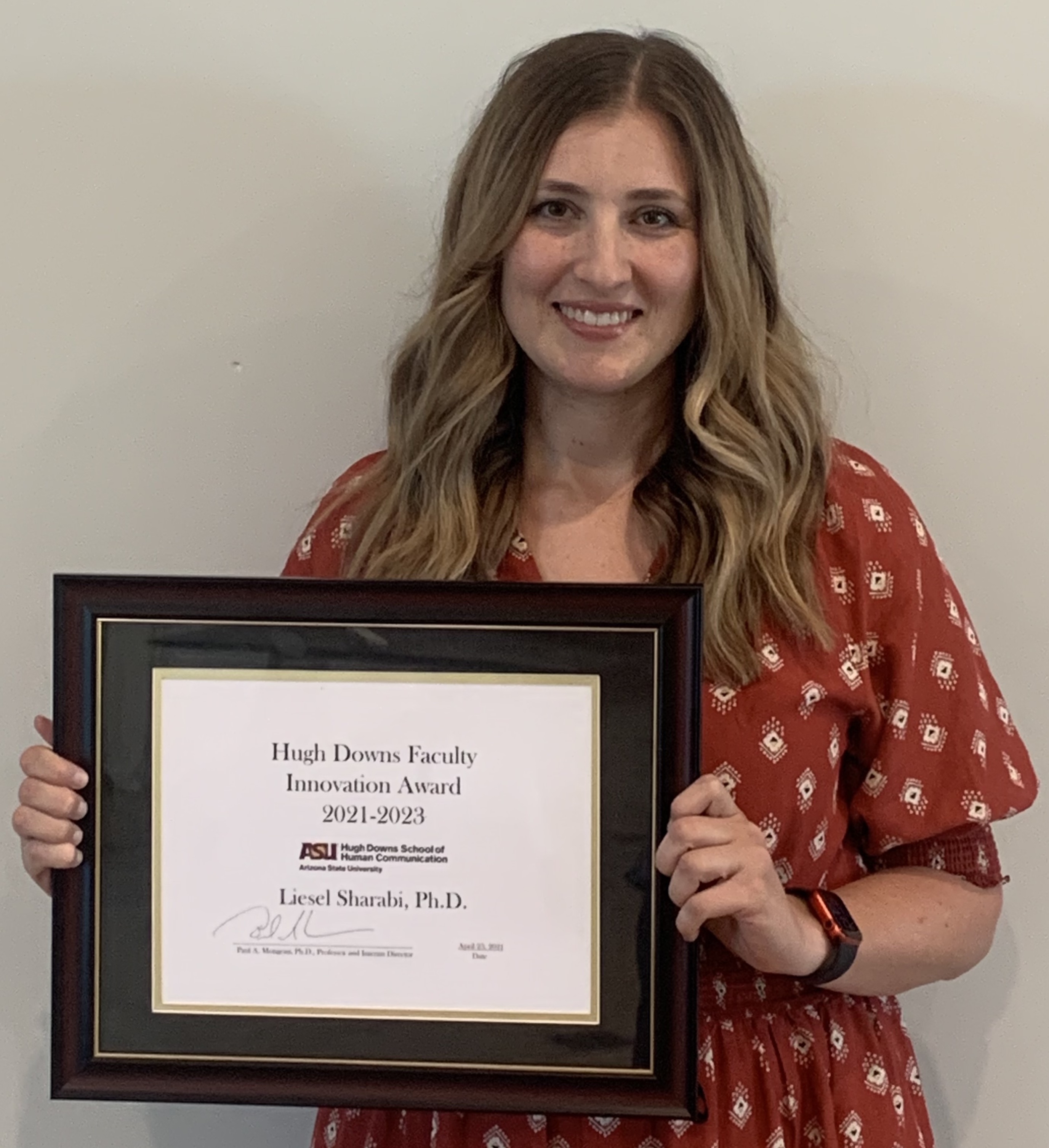 In recent years, particularly during the COVID-19 pandemic, the influence of technology use on mental health has become a topic of growing academic interest and societal concern.

“Several recent studies have credited technology use with declines in well-being among young adults, many of whom have grown up with the internet and mobile phones and who continue to spend much of their lives behind screens,” said Sharabi.

“For instance, researchers have found evidence of ‘Facebook depression’ and demonstrated that people who unfavorably compare themselves to others tend to be especially susceptible to the negative mental health effects of social media.”

Yet despite all that is known about the social and psychological effects of social media use, Sharabi says only a handful of studies have considered the implications of mobile dating apps for mental health and well-being.

Sharabi will be working with graduate and undergraduate students to launch one of the first longitudinal studies on this topic.

The study will follow a nationally representative sample of mobile dating app users for several weeks to examine the effects of frequent and compulsive swiping on important markers of mental health — including depression and social anxiety — and well-being, such as loneliness.

Sharabi also is currently working with graduate students to collect data related to this project that will focus specifically on the well-being of users of LGBTQIA+ dating apps.

Project No. 3: Online dating and marriage

Sharabi says relationship scientists have long sought to understand the institution of marriage and why some relationships succeed where others fail.

“The rise of online dating presents new challenges and opportunities for the long-term success of relationships that did not exist before the internet,” said Sharabi.

“Nearly one-third of marriages today started online, and research has shown that these relationships are often more satisfying and less likely to end in divorce than those that get their start in traditional offline venues. However, little is known about why online relationships would be more successful.”

To complete this project, Sharabi will analyze data for online dating and marriage.

“Just before the COVID-19 shutdown, I conducted 50 in-depth interviews with a diverse sample of former online daters who were married or engaged to someone they met online,” said Sharabi.

“I also surveyed a nationally representative sample of 924 married adults, half of whom met their spouse in online dating and the other half of whom were introduced in more traditional ways, such as in bars, or through friends. I plan to use the data to compare marriages formed from online dating to those that started offline and to determine whether the matching process on internet dating platforms is associated with long-term relationship success.”

She added, “This study will provide insight into how the marriages that result from online dating compare to offline relationships and whether these platforms are indeed delivering on claims of effectiveness.”

For those who are dating and hoping to find a spouse, take heart.

“Based on my conversations with participants, I also expect the results to be useful to online dating users in their efforts to find companionship and to build meaningful relationships on and off of internet dating platforms."

The Grand Canyon Historical Society is a nonprofit that was founded in 1982 to promote the study and preservation of the Grand Canyon region's cultural and natural history. Each year they award a scholarship to one researcher whose work supports their mission. This year's recipient is ASU history PhD candidate William Holly, for his dissertation research.“Dissertation research and writing can re...

The Grand Canyon Historical Society is a nonprofit that was founded in 1982 to promote the study and preservation of the Grand Canyon region's cultural and natural history. Each year they award a scholarship to one researcher whose work supports their mission. This year's recipient is ASU history PhD candidate William Holly, for his dissertation research.

“Dissertation research and writing can really be a lonely experience, and sometimes you will be working so hard on something and wonder, ‘Is it good?’ or ‘Does it matter?’” said Holly. “So, it is quite a thrill when a group of people who share your love of history look at your proposal and give it a thumbs-up like this.” 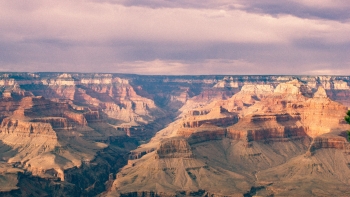 Holly earned his bachelor’s and master’s degrees in history from Central Washington University in Ellensburg, Washington. Before that, he attended Northern Arizona University for a year and lived in Flagstaff for a few years.

“I grew up in a few places,” said Holly. “I spent time in Oklahoma, Wyoming, Arizona … and I went to high school in Colorado. I have always had family in Arizona, so it is kind of home to me. The cultural atmosphere of Flagstaff and northern Arizona has always intrigued me. Flagstaff is many things to many people; a college town, a ski town, a tourist destination, where you go to shop or escape the Valley heat.”

The mix of prominent Indigenous cultures and imagery, people and ideas in Flagstaff appealed to Holly and inspired him to dig deeper into how they all intertwined.

“My research is a legal and cultural history of conflicts surrounding proposed expansion of the Arizona Snowbowl ski area on the San Francisco Peaks north of Flagstaff, primarily during the 1970s,” said Holly.

Holly researches the development proposals and the controversies about the ski expansion that played out primarily in local government meetings and courtrooms, although it almost went all the way to the U.S. Supreme Court.

“The San Francisco Peaks are sacred to numerous Indigenous nations of the American Southwest, and representatives from the tribes, especially the Diné and Hopi, were active in attempting to stop further development on sacred lands,” said Holly.

His research of this time is important, considering that the cases he is looking at represent some early instances of Indigenous nations going to court to protect sacred lands that are also deemed public lands and overseen by the U.S. Forest Service. 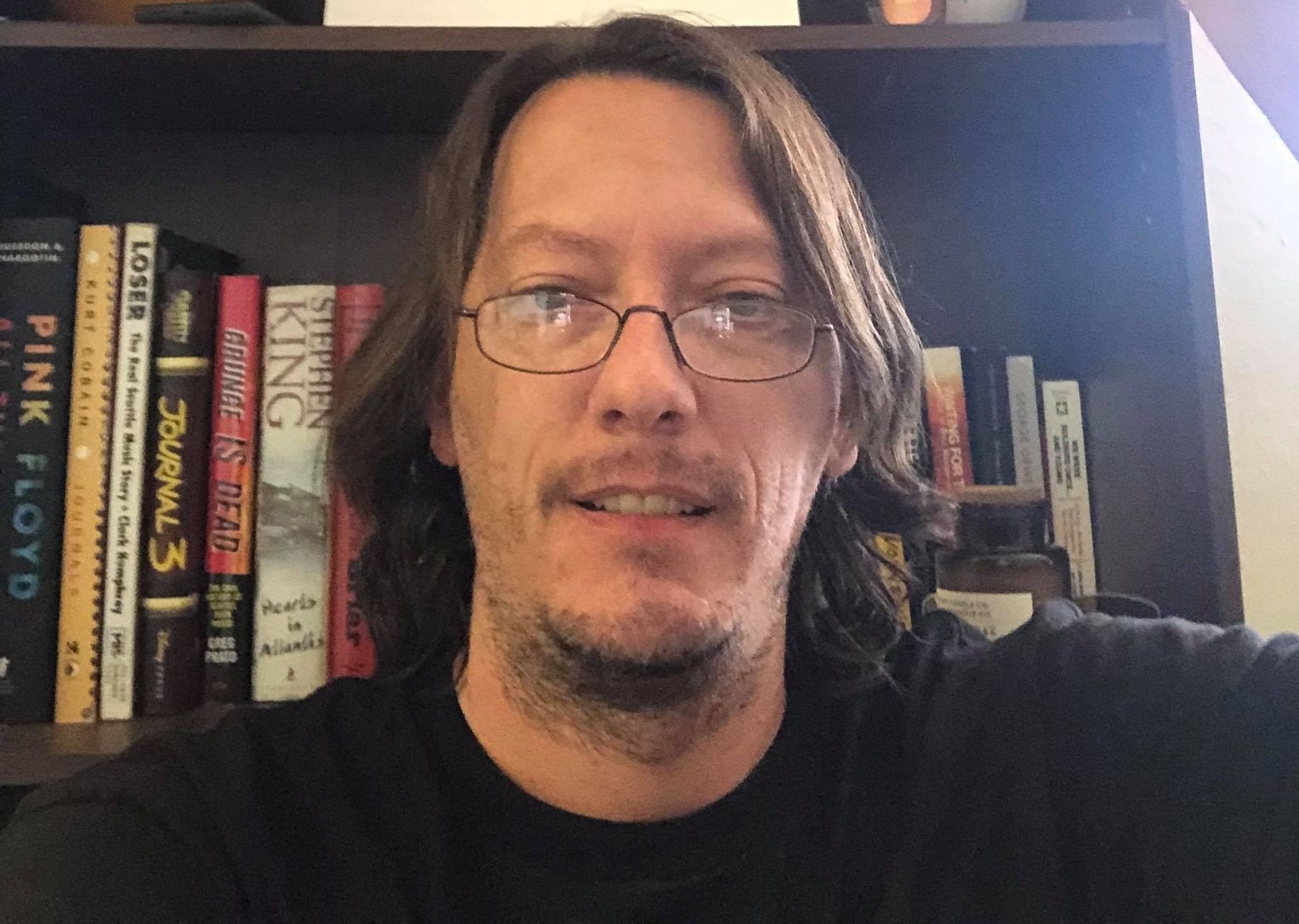 Another central component of his research is based on the 1978 Congressional passage of the American Indian Religious Freedom Act (AIRFA), which protects the rights of Native Americans to exercise their traditional religions by ensuring access to sites, and the federal case Wilson v. Block, one of the first cases to use AIRFA as a means to protect sacred, but public, lands from development.

“Wilson became kind of a guide for Indigenous nations on how to use and not use AIRFA for this type of case,” said Holly. “Unfortunately, because the plaintiffs were unsuccessful in their case, it also set a precedent for judges to rule against these types of cases, which has impacted Indigenous lands across the country.”

These conflicts over the San Francisco Peaks are still happening today. For example, Snowbowl ski resort made a proposal to use treated wastewater to make snow, and tribes sued, unsuccessfully, in federal and state courts in the late 2000s.

Today, there are a few issues Holly is following, including the further expansion of the ski area and a company that hopes to create a forest of memorial trees — trees grown with cremated human remains — on the peaks.

“Putting human remains on the peaks is very taboo to some of the nations that hold that ground sacred,” said Holly. “My hope is that my research connects the past with the present and maybe sheds some light on why these places are sacred, why they need to be protected and how we can work towards protecting them.”

Julian Lim, associate professor of history and Holly’s dissertation chair, is happy to see his work being recognized with the scholarship.

“Paying attention to the diverse stakeholders in the region, both Native and non-Native, William is exploring important questions about land, community, culture and law that reshaped Flagstaff's tourist industry,” said Lim. “His research on relations between the Navajo, Hopi, non-Indigenous residents and various federal agencies not only connects local histories to broader themes in the history of the U.S. West, but also promises to deepen our understanding of Indigenous activism in the second half of the 20th century.”

The research scholarship will allow Holly to spend time this summer in the special collections archive at Cline Library at NAU. The archives contain tourism and tourist marketing for the area and legal documents concerning the Hart Prairie controversy — the decadelong fight to prevent Summit Properties and its parent corporation, the Post Company, from developing the more than 350 acres of land in the Hart Prairie area of the San Francisco Peaks.

“I would be out of line if I did not give credit to my wife and our kids,” said Holly. “They have been supportive and patient with this whole process, and that is not an easy thing to do. Sarah, my wife, has also been very helpful in letting me bounce ideas off of her, and for giving me feedback and support when I need it. I also want to acknowledge Dr. Julian Lim. She has been the best mentor I could ask for, and I cannot thank her enough for her guidance and enthusiasm for this project.” 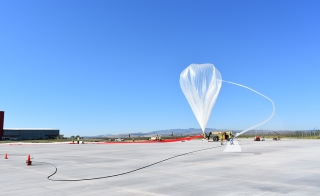 Arizona Impact Team me up, Scotty! Tempe campus Knowledge Enterprise School of Earth and Space Exploration The College of Liberal Arts and Sciences 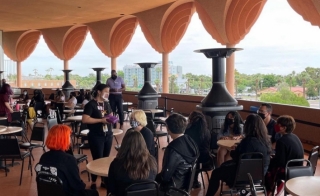 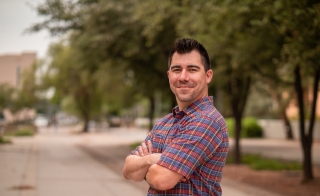 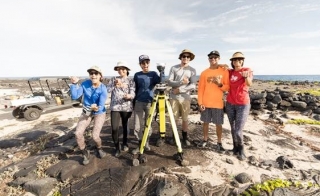 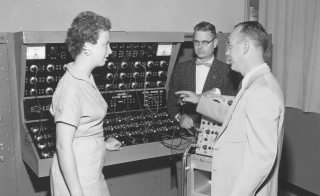