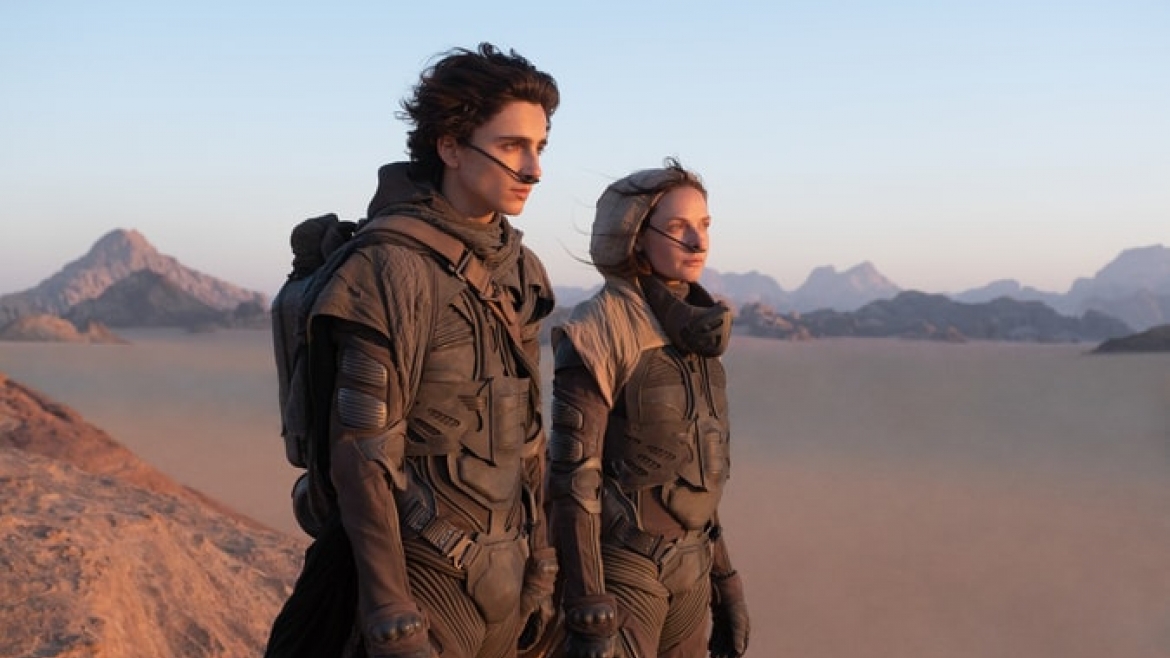 The science behind the suits of 'Dune'

Inhabitants of the desert planet Arrakis in the movie "Dune" wear suits to protect them from the heat, cool them and recycle moisture from their bodies.

He’s been working on similar suits for years.

An engineering professor at Arizona State University, he is more than familiar with heat. He moved to Arizona eight years ago and, like Paul Atreides, became entranced by the desert.

Southern Arizona is a great stand-in for Arrakis. Temperatures can soar to 122 and rain is usually non-existent outside of the summer monsoon season.

A mountain biker, Rykaczewski hits the trails at 4:30 a.m. on summer mornings. “Sometimes that’s not enough,” he said. When daily lows hit 95, it’s brutal doing anything outside.

That inspired him to work on clothing, designs and materials specifically for extreme heat, some of which echo what appears in the film.

In imagining clothes of the future, Rykaczewski didn’t go forward 10,000 years to the world of "Dune." He went back in time to Renaissance England and the court of the Sun King. Clothing from those periods extended far beyond the wearer’s body, like massive collars, padded shoulders and sleeves, hoopskirts, bustles, crinolines, hats and wigs.

Reimagine the design and use modern materials, and some historic styles can cool much more than the tight clothes people wear now.

Think Elizabethan ruff collars, Southern hoop skirts or Victorian calash bonnets, but made from some of the materials Rykaczewski has invented, like a silicone combined with partially liquid, partially solid particles of gallium-based liquid metal. It conducts heat like steel, but is as soft as your skin.

“At some point we might be defined by our need to cool, not by the need to look cool,” he said. “Radiation is a very big chunk of the heat load. So playing around with kind of exterior surfaces and clothes, how do you adjust them? It really has a lot of potential, I think.”

A metamaterial film that reflects visible light but emits highly in infrared could be incorporated into designs. Condenser tubes could provide the support for a future hoopskirt, bustle or crinoline that would provide a large heat rejection area.

“Could the humble evaporative cooling bandana or towel be outperformed and replaced by an expandable, super-absorbent ruff collar, which could store and evaporate considerably more water?” Rykaczewski wrote in one of his papers. 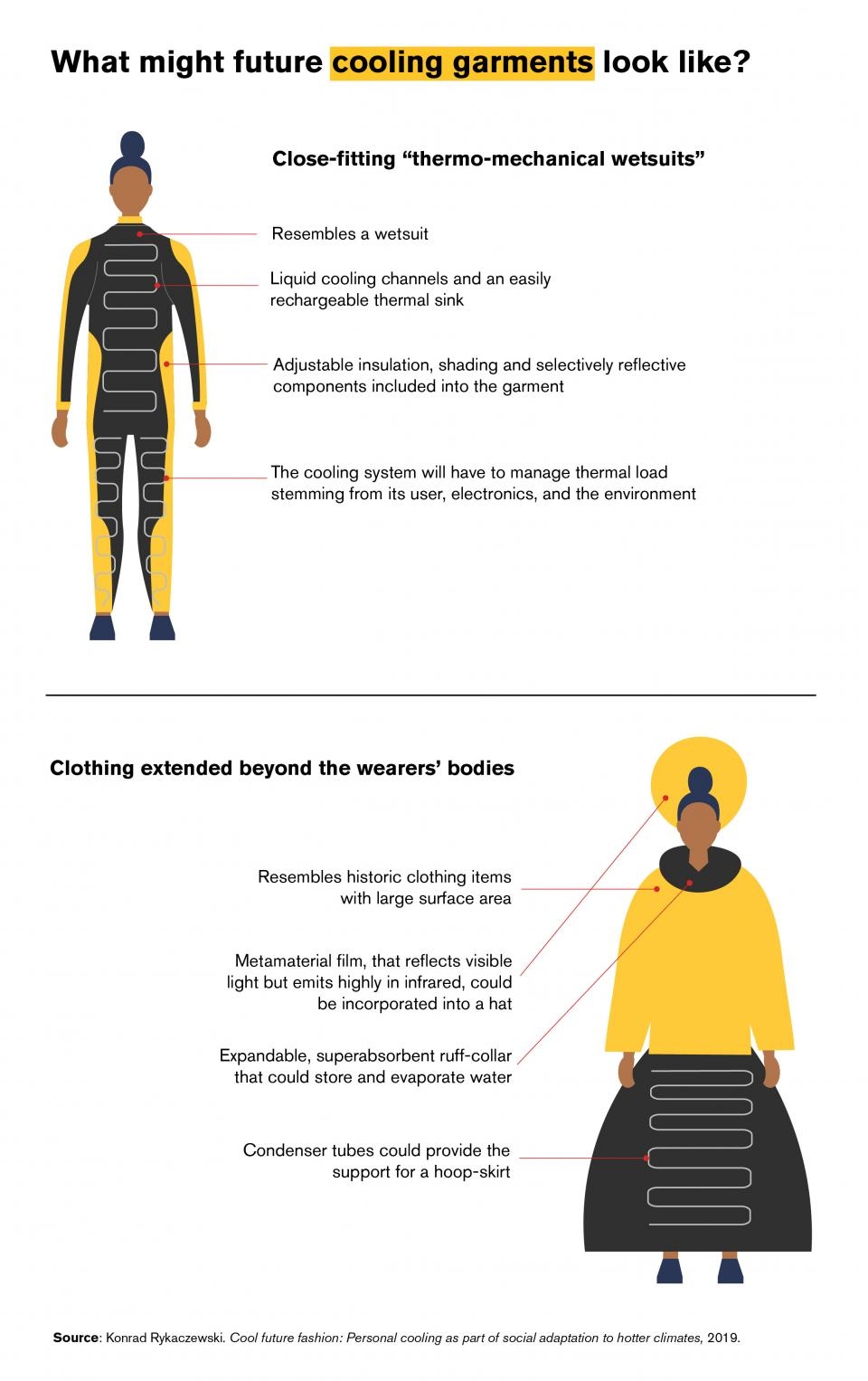 Seeing the movie and reading the book made him think about some of these aspects.

“It's an engineering thing,” he said. “Whenever you approach a problem, it's interesting to think about the limits and extremes, and this is one of these extremes. Essentially the whole way of living (on Arrakis) is centered around moisture and evaporation.”

He figured out some of how Frank Herbert’s stillsuits work. Evaporation is how people cool, but the source materials never explain how condensation is induced in them.

You are cooling. You release a lot of energy from your body surface with evaporation. But then it takes the same amount of energy to condense it. So the interior surface has to be cooler than the vapor in order to do that. You need to be able to remove that energy to the outside at a higher rate that's equal or higher to the rate you're evaporating. Otherwise the little micro-climates — the gap between the suit and the environment — are completely saturated with water and you couldn't evaporate anymore.

“So that's actually the problem,” he said. “You would have 100% humidity and you sweat all you want, but it just pulls down. So it doesn't do the cooling part ... You need some kind of a heat sink way to remove that heat from the hot vapor in order to cycle it. And that was not explained. So maybe, you know, there's some magical material in there that does the trick.”

Producing water from body moisture is another trick entirely. Astronaut suits have systems for containing waste, but not recycling it into drinking water. In the Duneverse, stillsuits have pumps in the heels to circulate liquids. As well as the filter problems, there are pressure problems, which would have to be cracked as well.

“It makes perfect sense for the water,” Rykaczewski said. “Whether you actually could build up enough pressure to pass it back to your mouth is a different question. You might have to jump a lot.”

Sweep Over Bears Makes It Four Wins In A Row

Sweep Over Bears Makes It Four Wins In A Row