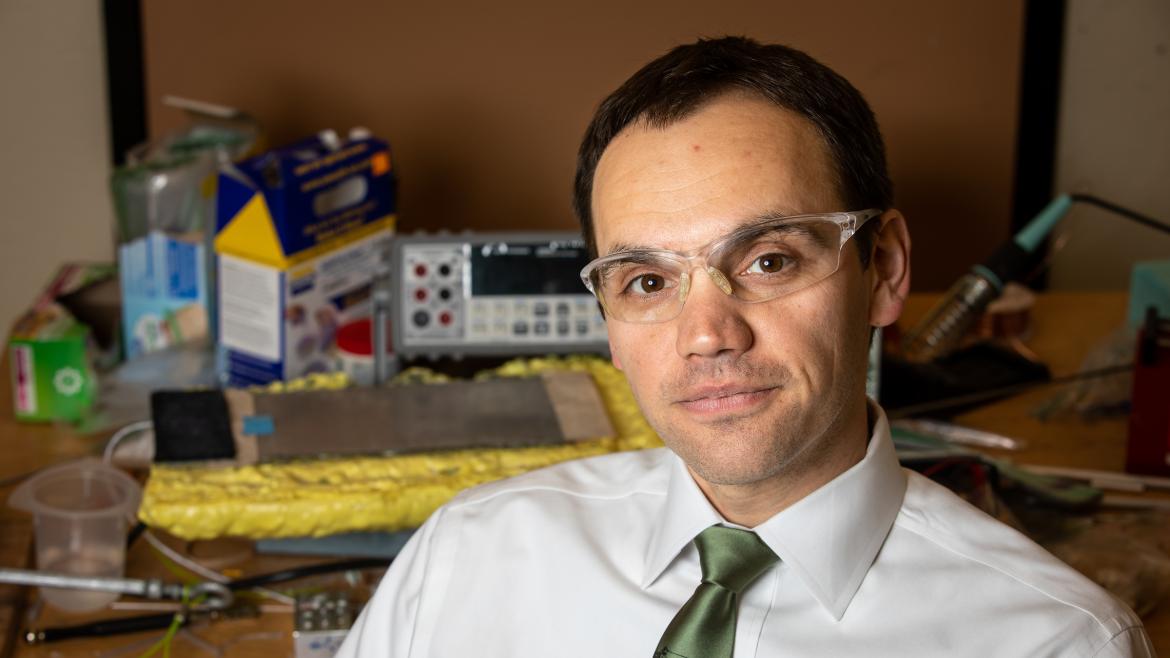 Cool fashions for a hot planet

In the classic science fiction novel "Dune," much of the story takes place on a harsh desert planet named Arrakis. The planet has no natural precipitation. Native inhabitants wear suits which capture all the moisture from their bodies and recycle it into drinking water.

Here on Earth, the last four years have been the hottest on record. By the year 2100, about half of the world's population is predicted to be exposed to climatic conditions exceeding deadly thresholds for at least three weeks per year. Deadly heat will become normal. In a foreshadowing of what may come, the city of Quriyat in Oman experienced a record-high 24-hour low temperature of 108.7°F last June.

When scorching Sonoran summers become not just inconvenient, but a matter of life and death, what will we wear to not only survive, but to have a good quality of life?

An Arizona State University engineering professor has been working on the fashions, and fabrics, for a hot planet.

“Cooling will become one of the key functions of clothing,” said Konrad Rykaczewski, an assistant professor at the School for the Engineering of Matter, Transport and Energy. “Right now we make clothes to look pretty.”

Rykaczewski draws from nature and history as well as materials science and thermal engineering in his work.

Cooling garments exist now, for firefighters and the military, and also multiple sclerosis patients, who are heat sensitive, but they tend to be heavy, or clunky or inefficient over long periods of time.

Initially Rykaczewski imagines cooling components will be concealed under clothes that look like what we wear now.

“If the global temperatures continue to soar, fashion might incorporate the cooling as a part of the new aesthetic,” he wrote in one of two papers he has published on his ideas and research. “From a thermal management point of view, such garments should not only remove more heat, but also help to maintain our core temperature by reducing the internal and external heat loads.” 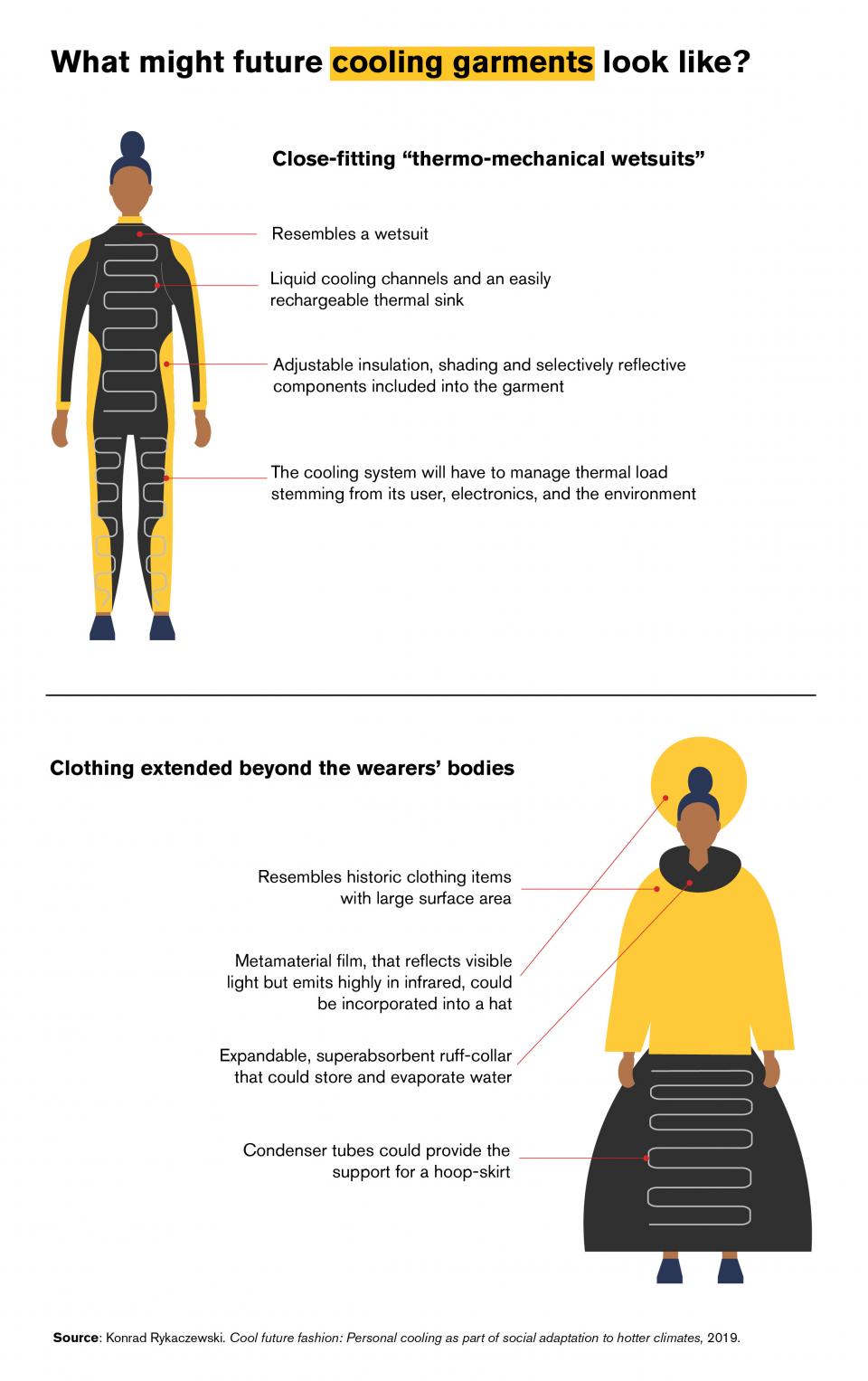 Clothing like that will collect heat from the body, and then reject it. Larger areas cool down faster. That’s what large vascular elephant ears do.

“Exterior clothing components with a large area could, for example, create effective heat shields as well as heat sinks,” Rykaczewski wrote. “Such components could also create micro-climates and provide more space for a robust cooling system as well as a mechanical exoskeleton.”

In imagining clothes of the future, Rykaczewski didn’t go forward 10,000 years to the world of "Dune." He went back in time to Renaissance England and the court of the Sun KingKing Louis XIV of France.. Clothing from those periods extended far beyond the wearer’s body, like massive ruff collars, padded shoulders and sleeves, hoopskirts, bustles, crinolines, hats and wigs.

Reimagine the design and use modern materials, and some historic styles could cool much more than the tight clothes people wear now.

“Could the humble evaporative cooling bandana or towel be outperformed and replaced by an expandable, superabsorbent ruff collar which could store and evaporate considerably more water?” Rykaczewski wrote.

Metamaterial film that reflects visible light but emits highly in infrared could be incorporated into designs. Condenser tubes could provide the support for a future hoopskirt, bustle or crinoline that would provide large heat rejection area.

Examples of historic clothing items with large exterior surface area whose format could be reimagined and reengineered to develop novel cooling garments. Highlighted in blue are (a) a ruff collar, (b) a calash bonnet, and a (c) cutaway sketch of a cage-crinoline underskirt.

“Our social adaptation will have to involve the broad use of personal cooling garments and contemplate on what the ‘cool future fashion’ might look like,” Rykaczewski said.

Since moving to Arizona six years ago, he has been intrigued with the desert, having only lived in temperate climates. “I’ve lived all over the East Coast and in Europe, but this is very different,” he said. “I like Arizona. I like the desert.”

The father of two small children, he started wondering about their future in the Southwest. “Can my children stay here? Is that possible over the next several generations? What will it look like?”

Rykaczewski is not only thinking about fashion for a hot world. He has also been designing materials for them. A thermal engineer, for the last few years he has worked on thermal management of electronics, putting partially liquid, partially solid particles of gallium-based liquid metal into silicone.

“And there is no impact on the mechanical properties of the material,” he said. “All of a sudden we have materials that can conduct (heat) almost like steel, but they can feel as soft as your skin.”

His temperature-regulating fabric is made from the material, but embedded with tubes that can be filled with circulating liquid. A roughly 4x10 inch sample contains about 15 feet of tubing. 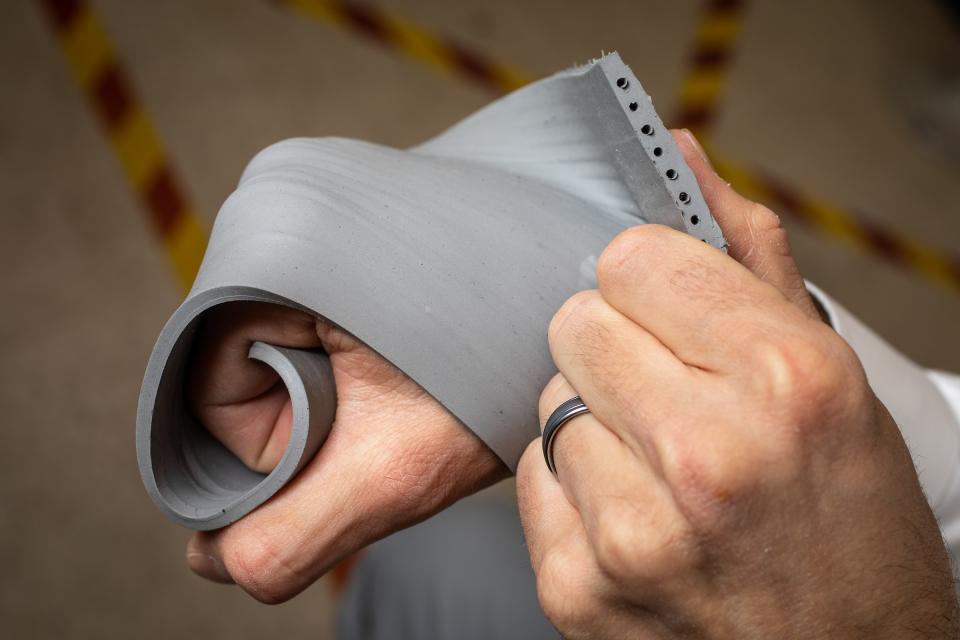 Rykaczewski has a “small army” of PhD candidates working to enhance the material even further: Praveen Kotagama, Akshay Phadnis and Chad Manning.

“My group is developing these materials,” Rykaczewski said. “How can we use them for augmenting performance of thermal systems with the aspect that they can deform, that they can change shape as they operate? It turns out no one even knows how to design it. … There’s a lot of potential.”

Editor’s note: This is part of a series of profiles for spring 2019 commencement.Juggling work and a toddler is a daunting task. When you add the desire to earn a degree, it might seem impossible. For Alexandria Smille, earning a Bachelor of Science in urban planning through ASU Online and the School of Geographical Sciences and Urban Planning meant that she could utilize the flexible nature o...

Juggling work and a toddler is a daunting task. When you add the desire to earn a degree, it might seem impossible. For Alexandria Smille, earning a Bachelor of Science in urban planning through ASU Online and the School of Geographical Sciences and Urban Planning meant that she could utilize the flexible nature of the courses to fit them into her life, all while learning the skills she needed to positively impact our communities. 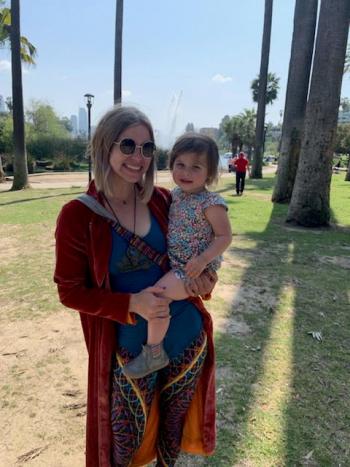 “Even though being a mom made it a thousand times more challenging, my daughter’s little face kept me going,” Smille said. “I have been working on this degree since I graduated from high school in 2011. I faced many adversities, but I kept going. She has made it easier to complete this dream of mine and now I know I can better support us going forward.”

Smille will be graduating this May with her degree. We asked her a few questions about her experiences at ASU.

Answer: I originally set off to college in 2011 for graphic design but began to realize I did not want to spend my time behind a computer screen forever. I began studying the environment and sustainability, and realized the greatest thing I loved about my studies was how we can use sustainable and environmentally friendly practices in our communities. Through this path I became passionate about how we interact within our communities and how better to plan and lead within them.

A: Honestly, it was through discussion with my classmates. So many of them are in various stages of their lives and had so many other things going on that it truly impressed me. It showed me that there is no one way to live life and that we are all doing the best we can with the choices we have in front of us.

A: I chose ASU because it was the best option for me to finish my degree and raise my daughter on my own at the same time. She just turned two and I am graduating! I honestly could not have done this anywhere else. ASU has a great academic program, but their online program is as good as if I was actually attending classes on campus.

A: This is a tough one, but I would have to say Ron Dorn. It wasn’t necessarily a direct lesson he taught, but more so how he viewed the world. He has gotten me more excited about rocks and geomorphology than I ever thought possible. I can look at a landscape and see so many amazing things or the history of things almost every time. It helps me look for the little things in my life and be amazed by the wonders of the world.

A: Find a professor that ignites a passion in you. Even if they don’t teach classes in your major, take classes of theirs that work for your schedule or you find interesting.

A: I plan on getting a big-girl job! I’ll be looking in major cities to find work I find meaningful, but that can support my daughter and I. Immediately after graduation, I am headed to Red Rocks to knock that off my venue bucket list!

A: Planetwide problems will take more than $40 million dollars to solve, but if I could start a movement or create greater awareness about our corrupt food systems I would choose that. There is so much food going to waste, too many food deserts that need support and way too many people going hungry.