It's a long list, Shelly Udall insists, and she doesn't know where to begin.

"It's so many different facets," she said after a pause. "We could probably talk for an hour about different things that we're proud of at ASU." 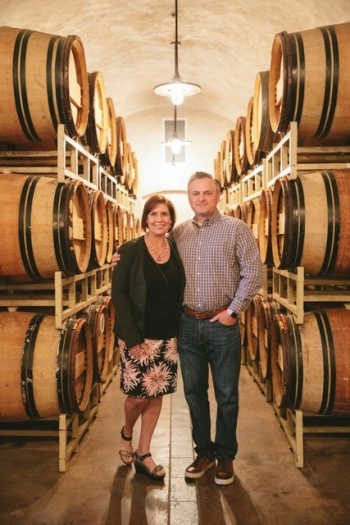 "Dr. Crow is saying, ‘We want to be a university that's willing to take anyone as long as they're willing, and we can figure out a way for them to pursue a better education, a better life,'" Trace said.

“ASU looks at how they can educate people to improve not only the individual but the family, the community, the state, the country, the world, in that order, rather than saying, 'You're not good enough for us,' or, 'You don't have enough money to pursue a degree.’

“That would be, at my core, the motivation behind our desire to continue advocating for ASU's path forward."

Crow has long been reimagining higher education to increase access for an equitable workforce and better serve our communities. And the Udalls, Mesa residents who graduated from ASU nearly three decades ago, are deeply committed to their support of this mission.

It was the impetus behind their endowment gift to the President's Club Strategic Fund, which leverages charitable giving to accelerate change and advance ASU's charter. While traditional resources available within a state university system can be limiting, donor support allows ASU to operate with the flexibility and skill required of today's economy — and ultimately contributes to its success as a university with global impact.

"It's basically a feeder fund that enables Dr. Crow to pursue ideas and accelerate the growth of ASU and this evolution of the New American University without the hurdles you'd have to jump over in terms of public financing," Trace said. "Shelly and I are both businesspeople, and we understand having capital flexibility is the way you expand an idea and accelerate it through the community and the world."

To understand the Udalls' passion for ASU is to know their story. For Trace, a certified financial planner, his connection to the university traces back to his childhood in St. Johns, a small farming and ranching town in eastern Arizona. His father would regularly drive him and his three brothers to ASU football and basketball games.

That is, until he remained at ASU as a student. He later met Shelly at a local bowling alley — "we were in adjoining lanes," Shelly said, laughing — and married her a year and a half later. On July 4, 1993, shortly after Trace's graduation, they had their first child, a daughter. Shelly graduated from ASU a year later.

"I was pushing her around ASU a lot when she was a baby," Shelly said, "and now she has her degree from ASU."

They've remained football and basketball season ticket holders through it all, and the youngest of their three children is currently at ASU. They call it "our family's university" — a university that embraces change.

It's what keeps bringing them back.

"When President Crow came along, we saw the light of what could happen at ASU," said Shelly, who works in real estate as a general contractor. "He's just inspiring, and everyone wants to be a part of that."

"He made us feel like there's a place for everybody at the university," Trace said. "There was inclusivity about it. Whatever you're interested in, there's a place at ASU for you."

These are the same principles, they say, that embody the President's Club, which can often mimic a springboard for philanthropic-minded ASU advocates to discover passion areas they want to support through the university.

For the Udalls, it's about fairness and opportunity in higher education. They also point to initiatives fueled by the President's Club that support veterans and the underserved — innovative, transformative work with far-reaching impact.

Says Shelly: "We have three children. Trace and I thought, why couldn't we just split our capital four ways and give some to ASU for people who might not have our children’s opportunities? It takes a lot to operate a university, and capital is the lifeblood."

What if there existed an analysis method that could pull more information from scientific studies, but researchers were not using it properly?  The method, called mediation, helps answer important questions like: How much do school-based tobacco prevention programs decrease teen smoking rates? Why do monetary incentives and mobile clinics increase local vaccination rates? Answering “how” and...

What if there existed an analysis method that could pull more information from scientific studies, but researchers were not using it properly? 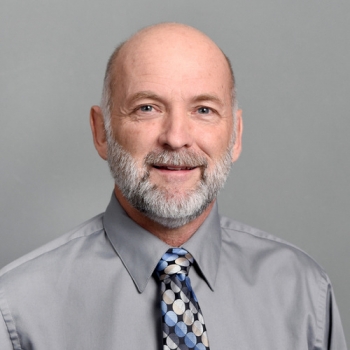 David MacKinnon, Foundation Professor of psychology at Arizona State University, was part of an international expert panel that created a set of guidelines to improve the use and communication of mediation analyses in research. These powerful statistical methods can identify causation and are widely used in biology, sociology, medicine and psychology. The guidelines were published in the Sept. 21 issue of the Journal of the American Medical Association. Download Full Image

Answering “how” and “why” questions like these require scientists to figure out what caused a decrease in teen smoking or what caused more people to roll up their sleeves and get vaccinated. Causation can happen in many ways and can even be indirect. Over the last 20 years, there have been rapid advances in mediation analyses to more accurately study causation. These methods are now widespread in biology, sociology, medicine and psychology studies.

A panel of international experts recently published guidelines to clearly communicate research using mediation analyses with the goal of ensuring the methods are used correctly. The paper, called "A Guideline for Reporting Mediation Analyses," was published in the Sept. 21 issue of the Journal of the American Medical Association.

“I started working on mediation analyses in the 1980s and am amazed at how far this work has come, how many researchers are now thinking about how and why interventions work. It’s about time to have reporting guidelines,” MacKinnon said.

MacKinnon’s work on this project was funded by the National Institute on Drug Abuse.