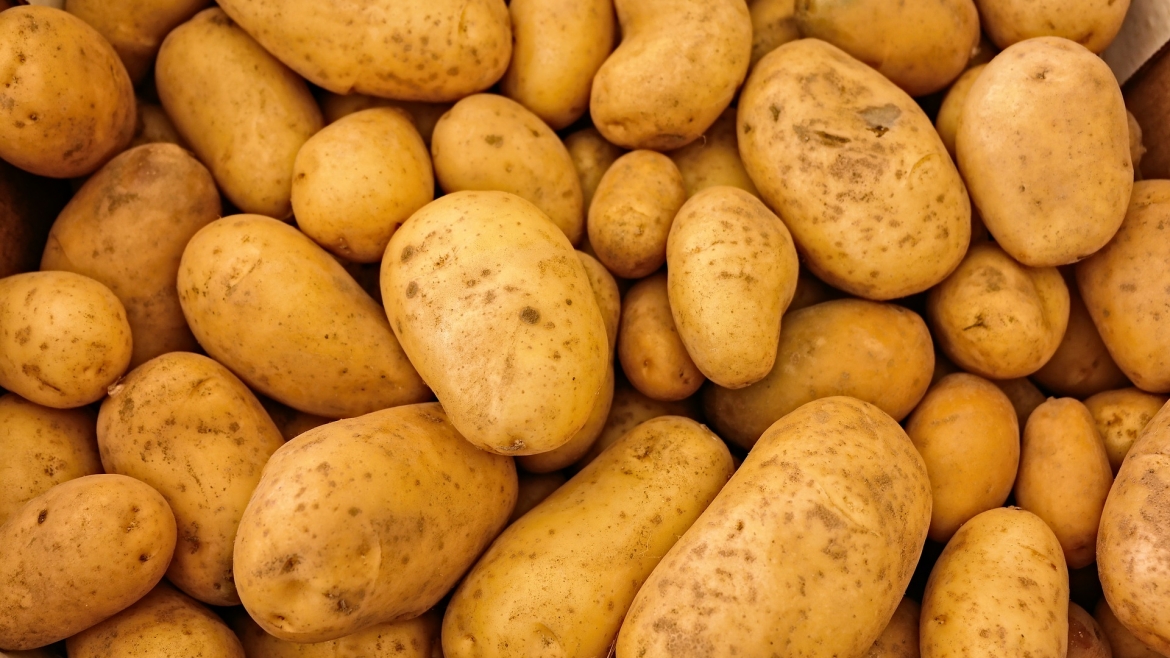 When Americans look back at the early days of the COVID-19 pandemic, one of the most potent images they’ll recall will be the empty grocery store shelves.

Along with the shortages were the stories of food waste – crops left to rot in the fields, or growers dumping truckloads of produce because there was no one to buy it.

Three Arizona State University agribusiness professors examined the collapse of America’s food supply chain in a recent paper and proposed a new conceptual model of supply chain flexibility that is meant to withstand future disasters. The three are Lauren Chenarides, assistant professor; Mark Manfredo, professor; and Tim Richards, professor and Morrison Chair of Agribusiness, all at the Morrison School of Agribusiness at the W. P. Carey School of Business. Their paper, “COVID-19 and Food Supply Chains,” was published recently in a special edition of the journal Applied Economic Perspectives and Policy.

They wrote of the U.S. food supply chain: “Despite its evolution into one of the most efﬁcient, productive, safe food industries in the world, it lacks a fundamental resilience, i.e., the ability to reallocate output moving off the farm between the retail and food service channels quickly and easily.”

The problem, they said, is lack of flexibility. Growers typically commit their product to one of the two main outlets: food service, which are restaurants and giant restaurant-serving companies such as U.S. Foods, or retail, which includes grocery stores.

In the early weeks of the pandemic, restaurants and cafeterias were shut down as cities and counties scrambled to contain the spread of the virus. This eliminated the food service distribution channel for growers. People flooded grocery stores, but the food supply chain was not nimble enough to quickly switch products from the food service to the retail side. With no revenue to pay for harvesting or processing, produce bound for food service was dumped or left to rot.

“We saw newspaper articles about milk being dumped and onions being thrown away. At the end of the day, the food suppliers did a good job of snapping back, if you define resilience as being able to absorb shock and return quickly to your former function,” Richards told ASU Now.

“But speed is the issue. That much stuff being thrown away constitutes a failure and the need to respond more rapidly.”

In their paper, the ASU experts said that growers never anticipated a disaster that would entirely remove one outlet of the food supply chain, so they never invested in the infrastructure needed to quickly switch.

But now, with the knowledge that a pandemic or other event could drastically alter the supply chain, growers are faced with what’s known in finance as a “real option” – a decision in which the final effect is uncertain or subjective.

That kind of decision can be risky. They write:

“In the fresh produce sector, for example, moving between the food service and retail channels often involves a considerable investment — in packaging, transportation, product design, contract negotiation, and even plant varieties — that cannot be recovered after it is fully committed.”

The costs are upfront, Manfredo said.

“It may require adding packing lines that are designated for retail versus food service, and there are also costs associated with packaging,” he said.

“For example, when you sell broccoli to retailers it might be a small bunch but for food service it would be much larger quantities. Once you’re committed to one or the other, it’s difficult to switch.”

Uniformity of produce is another factor, Chenarides said.

“As we’ve been working with Borderlands Produce (food bank), we found out that a lot of food refuse is by retailers and has to do with the fact that, for example, the apples are the wrong sizes,” she said.

In their paper, the authors show how committing to only one channel can bankrupt a firm. Going forward, investors might want to see that growers can pivot more quickly.

That could be tricky. Strawberries are overwhelmingly sold in retail outlets. Some huge potato farms commit their entire crop to French fries for the mid-range restaurants that have been hardest hit by shutdowns.

“Historically, retail buyers like Walmart have rewarded low cost and efficiency and not flexibility. Walmart doesn’t care if a grower has the ability to switch packing lines,” Richards said.

“But I think capital markets will reward things like that. If they see growers selling French fries to Chili’s and Applebee’s, the brokerage firms will make sure those firms have flexibility.”

Would the changes required by switching to a more flexible model sway consumer preference? Richards isn’t so sure.

“People really like variety and will pay more if they find the specific thing that they want,” Richards said.

“The consumer is king. Retail exists to provide what consumers want. If they want 16 ounces because 24 ounces is too big, the consumer will rule.”

While this weakness in the supply chain was exposed by the pandemic, the authors conclude that growers should anticipate any disaster.

"A case in point is a hurricane, which is more of a localized challenge,” Manfredo said. “Any type of disaster, and the probability of another pandemic down the road, is at the top of these farmers’ minds right now.

“All of a sudden, this flexibility may become more valuable.”

The future is for everyone. That’s the message of Arizona State University's School for the Future of Innovation in Society in the College of Global Futures. And that message is what caught the attention of Walter “Pat” Kerr. He wants to secure a future for everyone, not just the privileged few. Kerr saw that the school is doing just that, by creating an environment that lifts everyone up,...

The future is for everyone. That’s the message of Arizona State University's School for the Future of Innovation in Society in the College of Global Futures. And that message is what caught the attention of Walter “Pat” Kerr.

He wants to secure a future for everyone, not just the privileged few. Kerr saw that the school is doing just that, by creating an environment that lifts everyone up, with students and faculty who are working to make the world a better place. He wants to help continue that work and promote those values by donating his estate to the school after he passes. 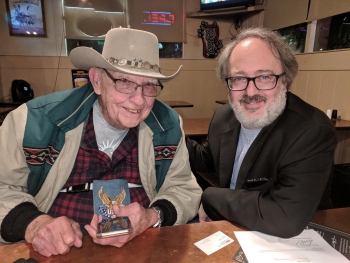 Pat Kerr, with School for the Future of Innovation in Society Director Dave Guston, signing a planned giving agreement at the Chuckbox in Tempe. Download Full Image

“I just want more people to have the opportunity of a better and ongoing education,” Kerr said. “I want to help society get a little better.”

The mission to lift people up and provide more opportunities is a goal Kerr shared with his wife, Darby. They both grew up in Texas in the 1930s along the U.S.-Mexico border and saw a divide between those who could afford higher education and those who could not. People who weren’t able to attend college were treated differently and without respect. Kerr and his wife saw how unfair that was and felt that making higher education more attainable could help end that divide.

“How can we leave these people alone?” Kerr said. “We can’t; they're part of us. It pains me to see anything different.”

Education was important to the Kerrs. Darby had a degree in elementary education and was a schoolteacher for 15 years. Kerr earned a bachelor’s degree from Texas A&M, and then after serving in the U.S. Army, he went back to college and received a master’s degree in entomology. Kerr and his wife felt that higher education was essential and should be available to everyone. Education could bring people from different backgrounds together.

“The more educated we are, the more we understand others and accept them,” Kerr said.

After Darby passed away from cancer in 2008, Kerr wanted to honor her legacy and help others. The endowment is a way to do both.

Kerr believes in responsible innovation and social inclusiveness, and his gift will help the school further its commitment to both. His generous donation will provide more opportunities for students and inspire fresh thinking for better futures. He wants everyone to be able to attend college and contribute their knowledge to the world.

“With a college education, you know what it is to be better,” Kerr said. “And if you have that knowledge, you strive to be better.”

Even though achieving that higher education can be a bit intimidating, Kerr appreciates the inclusiveness at the School for the Future of Innovation and Society and how leadership, faculty and staff make everyone feel welcome.

“We still have a long way to go kiddo,” he said. But the work done at the school is like no other, and critical to creating the better future he imagines for the world.