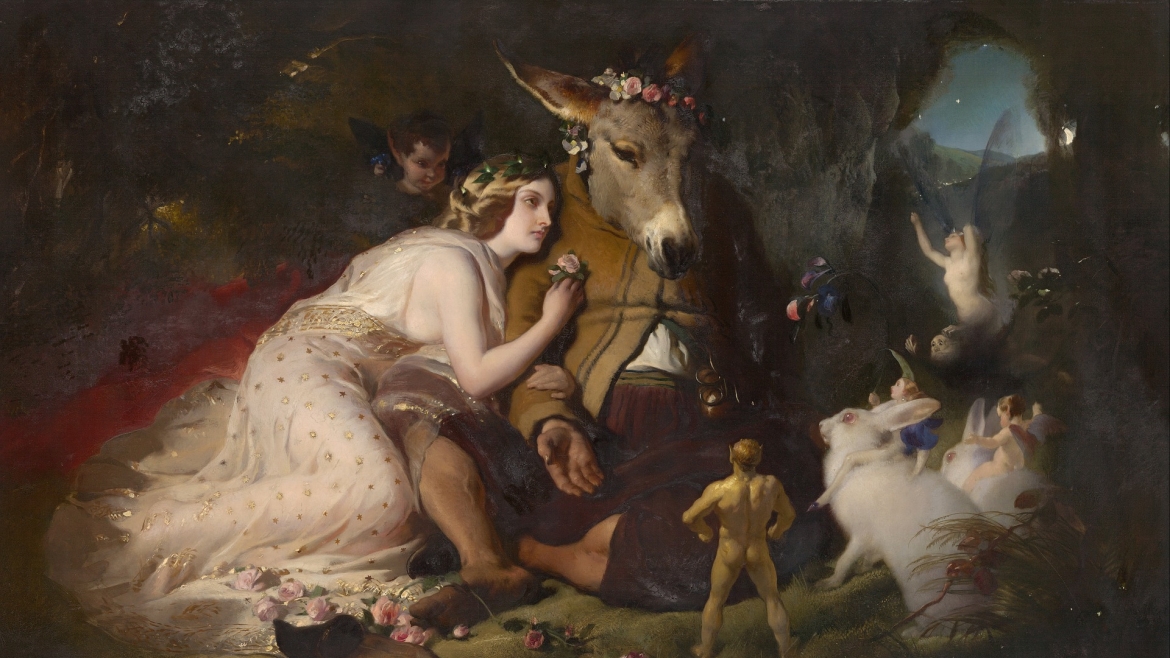 In 1767, nine chiefs from the Cherokee Nation were invited to New York City to view a performance of Shakespeare’s “Richard III.” Exactly what they thought of the play, rife as it is with themes of power and fatalism, has been debated throughout history.

But Ayanna Thompson, director of the Arizona Center for Medieval and Renaissance Studies at Arizona State University, referenced the anecdote in her introduction to the Sept. 30 “Shakespeare and Indigeneity” event, one of several virtual public talks to be held by the center this fall.

“There's a long history of employing Shakespeare's texts and performances as part of a colonial weapon against Indigenous Americans,” Thompson said, adding that “there’s also a complex history of Indigenous adaptation, appropriation and reclamation of Shakespeare's texts, poems and performances, including in the work of our three distinguished speakers.”

For the next hour, they discussed such questions as how Shakespeare’s works might benefit from being examined by Indigenous voices and how they personally engage with Shakespeare in their own work and teaching.

For Stevens, his first encounter with Shakespeare came in the form of a large volume of the playwright’s works that his mother kept from her college days on a towering book shelf in their living room. He recalled being daunted by the size of the tome but not discouraged.

“Because it was coming from my mother, it didn’t seem foreign,” said Stevens, whose father is white.

The first time he viewed an actual performance, of director Franco Zeffirelli’s 1968 film adaptation of “Romeo and Juliet” when he was just 12 years old, Stevens recalls being “mesmerized by the language.”

Diaz didn’t become familiar with the Bard until her days at Old Dominion University in Norfolk, Virginia, where she took a course taught by the late, renowned Shakespeare expert Imtiaz Habib. The fact that he was not white made an impression on her.

“I came in as an athlete having never read these kinds of things, and I wasn’t a poet then,” Diaz said. “So it was my first kind of engagement with really looking at a text and a language. In some ways, it was probably the beginning of my returning to my Mohave language.”

Later, when Diaz returned to her native Arizona, she would joke with friends as they crossed the London Bridge in Lake Havasu City – which formerly spanned the River Thames in London before being dismantled and rebuilt in Arizona in 1967 – that perhaps they were walking on the same stones Shakespeare had once trodden.

“I like that notion … of walking over the London Bridge and (thinking) maybe Shakespeare walked there, too,” Stevens said, “because our cultures were certainly doing things at the same time Shakespeare was alive, and for better or for worse, were sometimes even engaged with each other.”

In his teaching, Stevens makes a point to remind his students of that.

“Early modern European culture and early modern Indigenous culture co-existed,” he said. “When Shakespeare was writing the sonnets in the 1590s, Europe had been in contact with the Americas for a hundred years. … So I've always resisted this notion that Europe brought early modernity to the New World. Early modernity was created mutually by that contact with each other and so on. So I want students to be aware when we're talking about that literary period or historical period, that Native Indigenous North Americans and Europeans are both players on this stage.”

Speaking of stages, Sayet, who has directed an impressive catalogue of plays and operas, had some thoughts to share in response to an audience question about whether Native actors should include Shakespeare in their training.

“Include Shakespeare, but not first,” she said. Sayet believes Native actors should develop their own voice first, and then begin to incorporate Shakespeare.

“Shakespeare is the most produced playwright in America,” Sayet continued. “So if an actor wants a career, it can be useful, but (it is necessary to) create the circumstances in which, as folks are training, they're not colonizing their voice at the beginning of the process, because that, I think, can be very damaging to the empowerment of Native actors in the field.

“But I do think that being able to work in as many venues as possible … and having Native actors that can do everything is also important, because that's how we bring our perspectives to all these spaces.”

One such instance in which Native actors brought their perspectives to Shakespeare took place in the early 2000s in Juno, Alaska, when the National Museum of the American Indian staged a performance of “Macbeth,” and Stevens was there to witness it.

“A telling thing they did was leave all the speeches about overweening ambition and selfishness in English, but all the stuff about community was in TlingitTlingit is the language of the Indigenous peoples of the Pacific Northwest Coast of North America who go by the same name.,” he said. “(They did that) because (the community themed content) was echoing something that was a value that was absolutely recognizable (to the Indigenous audience).”

Diaz added her thoughts on the subject of Indigenous interpretations of Shakespeare in academia, saying, “I do think there are some things that don’t translate or should never (translate). Certain knowledges that (belong to one group of people). But (Shakespeare) is such a giant body of study in the academy … and it feels necessary to bring it into these Indigenous spaces and see where it fails (and where it succeeds).”

ASU conference on incarceration and families to be livestreamed for free

For the past two years, the Center for Child Well-Being at Arizona State University has intensively examined the impact of incarceration on families through an annual conference.This year, the pandemic postponed the spring event, but the result will be a much more comprehensive look at the issues of mass incarceration.The State of Incarceration Virtual Summit, a series of free webinars every Wedne... 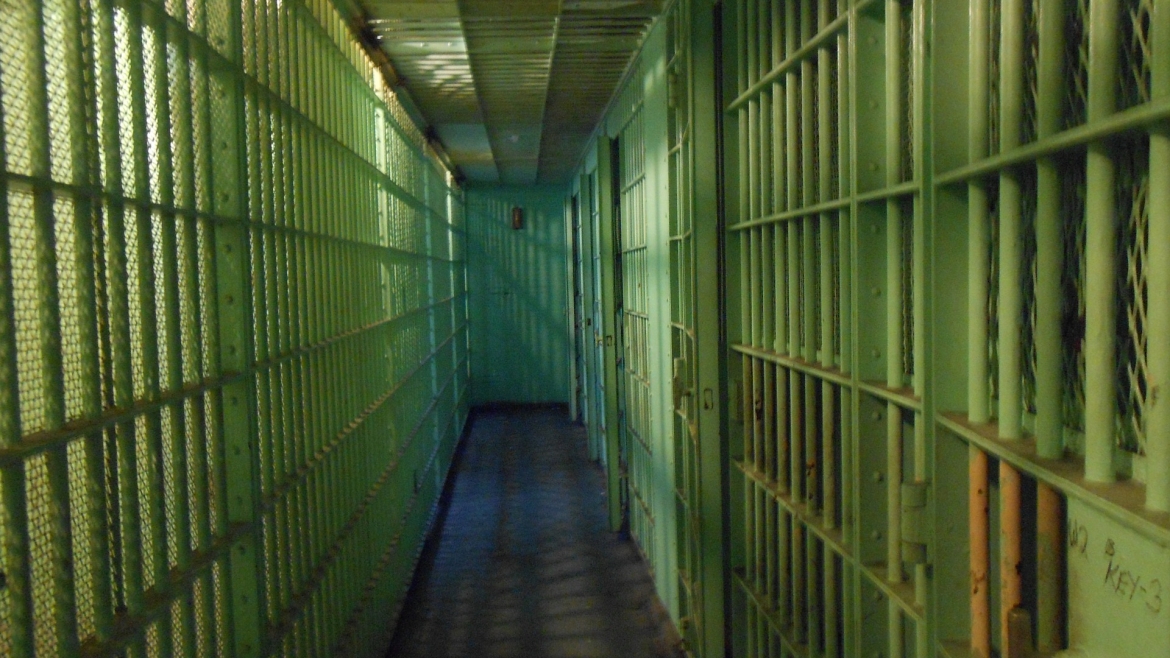 ASU conference on incarceration and families to be livestreamed for free

ASU conference on mass incarceration and families to livestream for free.
October 2, 2020

For the past two years, the Center for Child Well-Being at Arizona State University has intensively examined the impact of incarceration on families through an annual conference.

This year, the pandemic postponed the spring event, but the result will be a much more comprehensive look at the issues of mass incarceration.

The State of Incarceration Virtual Summit, a series of free webinars every Wednesday in October, will examine how racism and economic disparities play into the criminal justice system.

Judy Krysik, director of the center and an associate professor in the School of Social Work, said the cancellation of the April conference turned out to have a silver lining.

“In some ways, it was a great opportunity because of all the things that have been happening in our society, with calls for criminal justice reforms,” she said. “It really forced us to take a broader view and look at systemic involvement, not just children and families.”

About 2 million children are affected by incarceration right now across the country, with 5 million having dealt with it at some point in their lives, Krysik said. 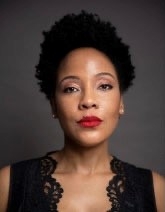 Sylvia A. Harvey, author of “The Shadow System: Mass Incarceration and the American Family," will be the keynote speaker at 12:15 p.m. Wednesday, Oct. 7.

The first day of the conference, Oct. 7, will look at systemic issues in incarceration, including racial disparities. The keynote speaker, at 12:15 p.m., will be Sylvia A. Harvey, author of “The Shadow System: Mass Incarceration and the American Family.” The 8 a.m. session will feature Valena Beety, professor of law and deputy director of the Academy for Justice, who will talk about “Racism and Incarceration: Past and Present.” The 3 p.m. session will feature Analise Ortiz, an ASU alumna who’s now a campaign strategist for the American Civil Liberties Union, who will discuss a recent report on racial disparities in prosecutions in Maricopa County.

The Oct. 14 sessions are devoted to education, with panels on prison censorship and ways that schools can support children. One panel will include young people who have been affected by incarceration. The keynote speaker is Noel Candelaria, secretary-treasurer of the National Education Association teachers’ union, who will speak at noon about social justice in the classroom.

Oct. 21 will elaborate on programs that support children and families affected by incarceration and the Oct. 28 conference addresses advocacy, with keynote speaker Chesa Boudin, the San Francisco district attorney, whose father was incarcerated.

“This day is about moving from advocacy into action,” said Melinda Borucki, communications and events manager with the Center for Child Well-Being.

“It’s how people can take everything they learned and use it to inform their advocacy and inspire them to change the system, whether through voting, or appeals to the legislature or volunteering.”

Registration is required and is open to anyone. Attendees can register for single sessions as well as full days.