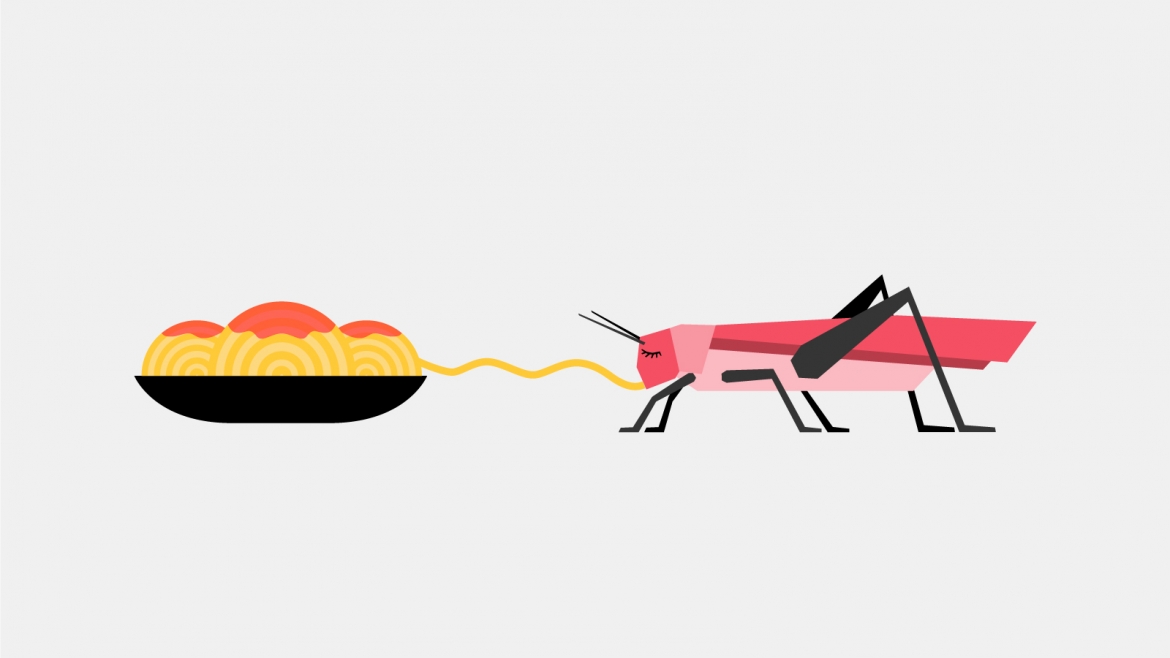 Like marathon runners, locusts carbo-load before a long journey

According to a new study from ASU's Global Locust Initiative scientists, they do it for the same reason humans do

It’s the night before the marathon. You’ve been training for months and now it’s go time. What’s for dinner?

Huge bowl of pasta, probably. Or rice with veggies. Or a big baked potato (without the skin).

High-carbohydrate foods fill up your body’s fuel tanks with easily burnable energy, putting the best possible face on your performance.

But however far you’re going to run, it’s probably nowhere near 350 kilometers, which is how far migrating locusts will fly in a single night.

And before their epic journeys, locusts carbo-load too, according to a study published this month by an Arizona State University scientist.

Marion Le Gall, an assistant research professor in the Global Locust Initiative in the School of Sustainability, conducted a locust field study in 2017 in Senegal.

Her findings showed that Senegalese locusts did better in overgrazed pastures than in a normal pasture. Co-author Arianne Cease tied this to the nutritional content of plants: Land that was overgrazed contained less nitrogen and plants were more sugar-based. That was good for the locusts.

“We were wondering if there was a global pattern,” Le Gall said.

They fertilized millet, a subsistence crop the rural Senegalese survive on. They did three treatments: a control plot, with no fertilizer; and two fertilized plots. They measured the nitrogen content.

“We got what we were hoping for,” Le Gall said.

Fertilized plots had more protein (the plant used the nitrogen from the fertilizer to make more protein) and less sugar than the control plot.

“That’s surprising because most herbivorous insects, you give them a plant that has more protein, they’re going to want that,” Le Gall said.

When the millet is fertilized, the insects laid the same amount of eggs. But the eggs the female laid were smaller. Female survival was also better on the control plots than on the fertilized plots.

“We already knew from lab results, and from Arianne’s work with the Senegalese locust, that some locust species prefer more sugar (carbohydrates) in their food, but this was the first time that we demonstrated an effect on adult survival and reproduction,” Le Gall said.

What the researchers think is happening is locusts prefer food with more sugar to fuel migration, because locusts are grasshoppers that fly long distances. When migrating, they can travel up to 350 kilometers in one night. But insects are not very efficient flyers, and for them, it’s very energy-consuming to fly long distances.

“If you’re going to run a marathon, you don’t eat a steak, you carbo-load,” Le Gall said. “We know that locusts use their fat reserves to fuel long-distance flights. The best way to get fat is to eat a lot of sugar. We think that’s why we found these results.”

Le Gall hypothesizes that this pattern will apply broadly to species that have extensive carbohydrate needs, such as long‐distance migrators. Because many ecological studies focus primarily on nitrogen or protein and fail to consider carbohydrates, this study has important implications for how ecologists consider nutrient limitation of primary consumers in ecosystems globally.

The study published Aug. 2 in the Journal of Animal Ecology.

More than half of the world's aboveground carbon is stored in tropical forests, the degradation of which poses a direct threat to global climate regulation. Deforestation removes aboveground carbon in the form of trees, reducing the size of global carbon stocks in the process. Once forests are degraded, they are often perceived to have little ecological value, despite evidence of their ability to ...

More than half of the world's aboveground carbon is stored in tropical forests, the degradation of which poses a direct threat to global climate regulation. Deforestation removes aboveground carbon in the form of trees, reducing the size of global carbon stocks in the process. Once forests are degraded, they are often perceived to have little ecological value, despite evidence of their ability to continue to provide important ecosystem services and to store significant amounts of carbon.

This misconception has marked degraded forests as prime candidates for full conversion to agricultural plantations, but recent research challenges this idea and offers a promising alternative — forest restoration is a more sustainable solution capable of both replenishing carbon storage and preserving biodiversity. While this concept isn't new, the adoption of restoration practices has been impeded by uncertainties over its effectiveness. 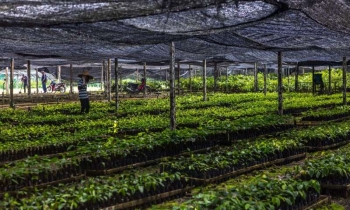 Now, an international team of scientists from 13 institutions, including researchers from the Arizona State University Center for Global Discovery and Conservation Science, has provided the first long-term comparison of aboveground carbon recovery rates between naturally regenerating and actively restored forests in Southeast Asia. The researchers found that restoration practices improved carbon storage recovery by more than 50% compared to natural regeneration. The paper was published Aug. 14 in Science.

"Not long ago, we treated degraded tropical forests as lost causes. Our new findings, combined with those of other researchers around the world, strongly suggest that restoring tropical forests is a viable and highly scalable solution to regaining lost carbon stocks on land," said Greg Asner, co-author of the paper and center director.

The researchers studied an area of tropical forest in Malaysian Borneo, where agricultural activities have caused soaring deforestation rates for years. The study site was heavily logged in the 1980s and subsequently protected from further logging or conversion to plantation agriculture. To assess forest recovery, Asner and his team mapped the area using their Global Airborne Observatory, equipped with powerful lasers and spectrometers, in 2016. The resulting maps revealed the location and amount of carbon stored aboveground across thousands of hectares of forest.

Areas left to regenerate naturally recovered by as much as 2.9 tons of aboveground carbon per hectare of forest each year, highlighting the ability of degraded forests to recover if protected from full agricultural conversion.

First author Chris Philipson, of the University of Dundee and the ETH Zurich, said, "This quantitatively confirms that if degraded forests get effective protection, they can recover well naturally."

Even more importantly, the researchers found that forest areas that underwent active restoration recovered 50% faster, from 2.9 to 4.4 tons of aboveground carbon per hectare per year. Restoration methods included planting native tree species, removing tree-climbing vines, and thinning vegetation around saplings to improve their chances of survival. Full ACD recovery in a naturally regenerating logged forest would take around 60 years, while recovery for an actively restored forest takes just 40 years.

This is the first time that a long time-series dataset has been used to demonstrate that active restoration helps the regeneration of forests after logging and other disturbances. However, the current carbon price is still not sufficient to pay for the cost of restoration, limiting the impact that this approach can have on the climate change crisis. However, new carbon offset programs could potentially fund these restoration costs.

"Science has laid out a clear pathway for land managers. We now must turn to the economics of the problem to generate the support to pursue these solutions," Asner said. "Restoring degraded tropical forest works to mitigate climate change, and it saves biodiversity along the way."