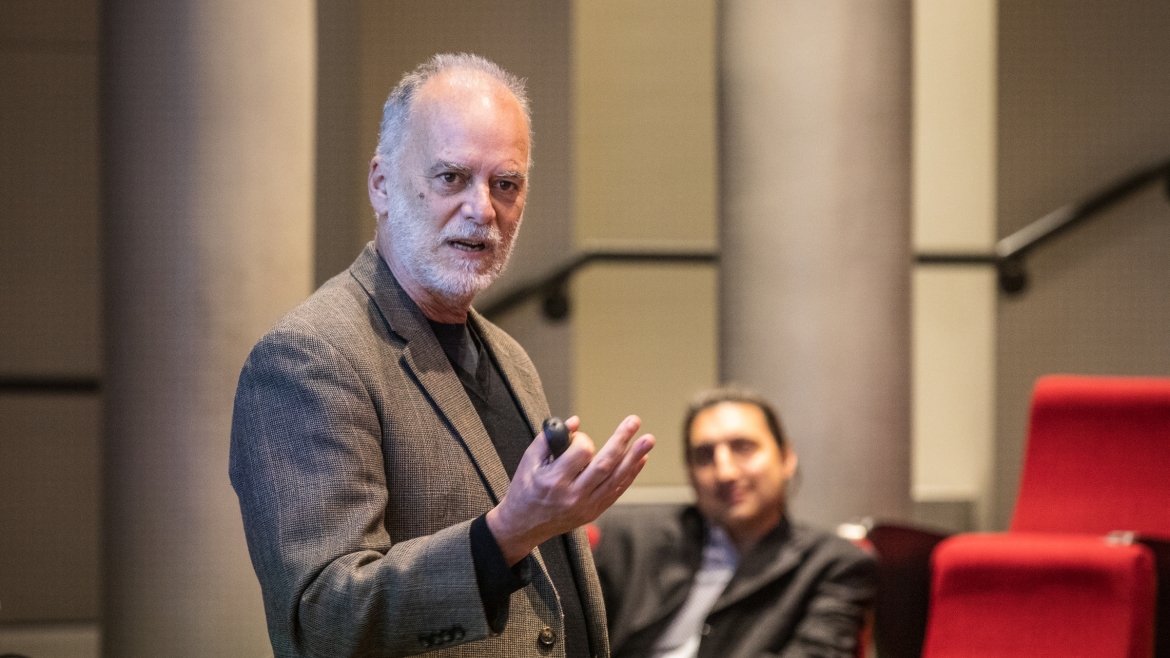 What Frank Baumgartner shared with students at Arizona State University’s School of Politics and Global Studies 2020 Kramer Lecture on Friday, Feb. 21, most African Americans already know: “DWB,” or “driving while black,” he said, can be inconvenient at best and fatal at worst.

Baumgartner, the Richard J. Richardson Distinguished Professor of Political Science at the University of North Carolina at Chapel Hill, has written extensively on the topics of public policy, lobbying and framing in both U.S. and comparative perspectives. As this year’s Kramer Lecture guest speaker, he presented on findings detailed in his 2018 book, “Suspect Citizens,” outlining racial disparities in the outcomes of routine traffic stops.

For most people, Baumgartner said, a traffic stop “is going to be rare, frustrating and inconvenient, but generally harmless and not too time-consuming. So we should be willing to subject ourselves to a rare inconvenience for the sake of public safety.”

But for some people, it’s not rare, nor is it a simple inconvenience. “In some cases, it ends up being fatal,” continued Baumgartner, who is white. “The last time I got pulled over was, I think, 1977. I don’t drive much, but when I do, I don’t elicit the attention of police officers.”

Much of the data he presented on comes from North Carolina, where in 1999, it was mandated that data concerning traffic stop outcomes be collected. However, that data was never analyzed until he and his team were asked to delve into it. Their findings come from a comprehensive analysis of every traffic stop in the state from 2002 to 2016.

• Black people were 63% more likely to be pulled over for a traffic stop than white people.

• About two-thirds of traffic stops led to tickets while about one-third led to searches of the vehicle and/or individual being pulled over, and black individuals were twice as likely to be searched than white people.

“So the justification of using traffic stops to advance the war on drugs is mathematically a needle in the haystack kind of proposition,” Baumgartner said. “It’s a big waste of money.”

Baumgartner agreed with one attendee at Friday’s lecture who pointed out that this isn’t news to African Americans, but stated he felt that “it’s still important to put a number on it.” In fact, he added, the response of some police departments to his team’s findings was to hire researchers to debunk them (which they were unable to do).

“Suspect Citizens” also identified eight targeted characteristics that made an individual more likely to be pulled over:

1. Black, not white.
2. Young, not old.
3. Male, not female.
4. Officer is a white male, not other.
5. Officer is inexperienced, not a veteran.
6. Stop made for investigation, not safety.
7. Stop made outside of a city’s safer areas.
8. Stop made in metro district.

Considering these factors, Baumgartner said, a young black male who meets each of those targets “is getting hassled pretty often for no good reason.”

However, there are factors that can alleviate racial disparity, such as increased black political power and representation in a certain region, as well as mandating written consent forms for searches.

In 2012, the city of Fayetteville, North Carolina, enacted a law requiring police to get a driver’s signature on a consent form before searching their vehicle. As a result, searches went from about 100 per month to almost zero.

“Crime started to go down but people started calling the police more, because they trusted them more,” Baumgartner said. “That’s what can enhance public safety.”

Track and Field On Way To Seattle For MPSF Championships Feb. 28-29

Track and Field On Way To Seattle For MPSF Championships Feb. 28-29