Christina Birkel, an inorganic chemist and assistant professor in the School of Molecular Sciences at Arizona State University, is diligently working to create new materials that can be used for renewable energy, catalysts and permanent magnets.

In this age of machine learning and data driven research a plethora of possible materials are being investigated, but synthesizing them in the lab, especially in the solid state, is often anything but straightforward. Christina Birkel, an inorganic chemist and assistant professor in the School of Molecular Sciences at ASU. Photo by Mary Zhu Download Full Image

"Compared to the highly developed methods for synthesis of molecular systems in solution, the rational synthesis of solid state materials is restricted to a limited number of useful techniques,” explained President’s Professor Ian Gould, interim director of the School of Molecular Sciences, which is part of The College of Liberal Arts and Sciences. “In this paper, Professor Birkel and her students nicely summarize two methods for solid-state synthesis that have already demonstrated potential for the preparation of new high value materials."

“My group is very active in the field of nonconventional synthesis techniques,” Birkel said. “We use microwave heating and spark plasma sintering to synthesize a lot of inorganic — i.e. not derived from living matter- compounds.”

Birkel started out years ago working on oxides and metallic chalcogenides and recently her group has been very active in the field of carbides (so called MAX phases). Solid state microwave heating (using domestic and industrial ovens) is an excellent technique to synthesize carbides. Beautiful layered crystal structures are produced. 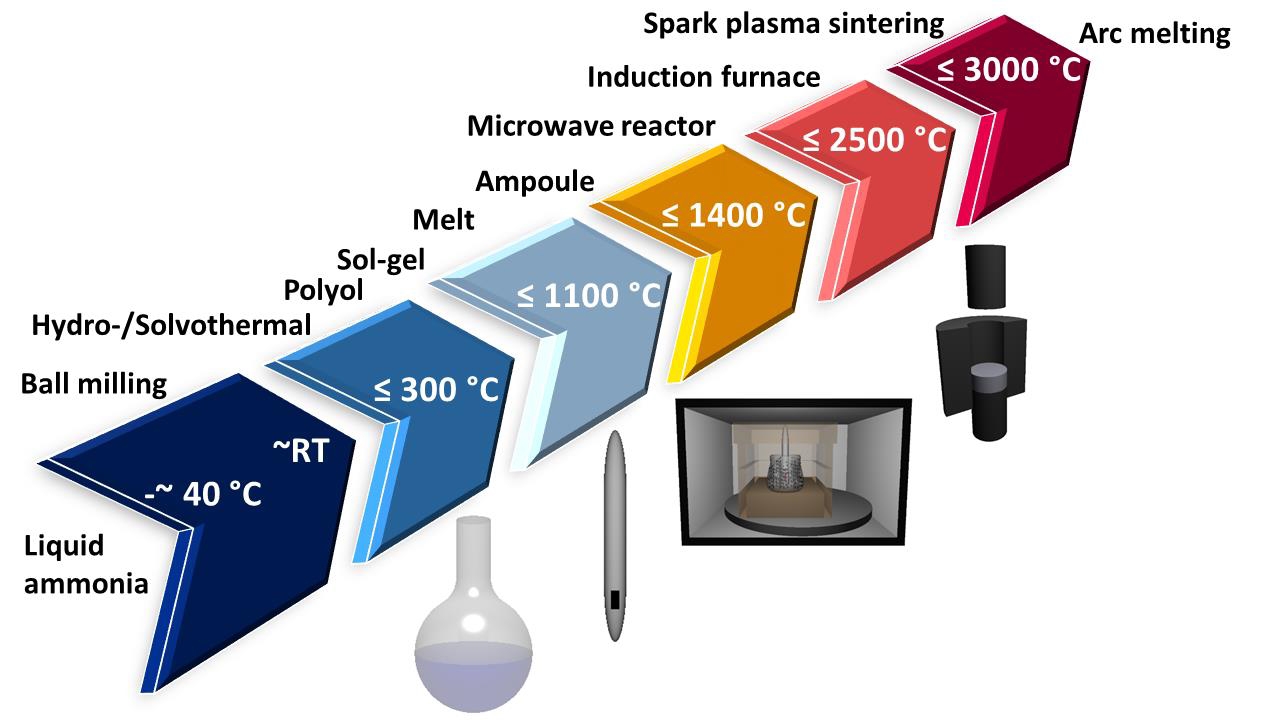 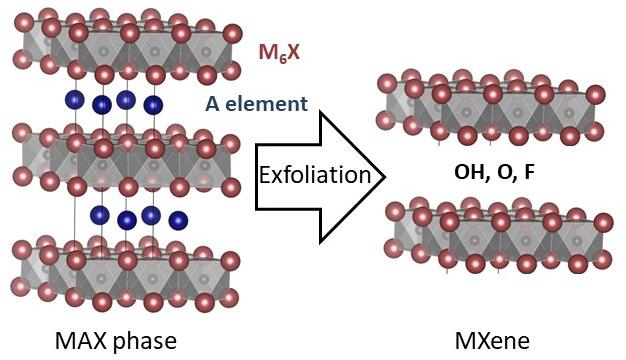 This figure depicts the exfoliation process where element "A", usually aluminum, is etched out to form a 2D MXene.

The Birkel group performs a lot of electron microscopy, X-ray diffraction and structural analysis on these materials. They are very special in that these materials can be exfoliated, that is, one layer of “A” elements in the structure (usually aluminum) can be etched out very selectively and you can end up with 2D materials (so called “MXenes”). These 2D materials are macroscopic in two dimensions and nanoscopic in the third. These materials have many potential applications including in the field of catalysis.

Birkel’s group is also active in the field of catalysis and is investigating the electrocatalytic properties of these materials, but at the same time they are asking a lot of very fundamental questions about how their synthesis techniques influence the structure and morphology of these compounds.

The National Academy of Inventors has named Arizona State University professors Neal Woodbury and Sarma Vrudhula to the February 2020 class of NAI senior members.Senior members are active faculty, scientists and administrators who have demonstrated remarkable innovation producing technologies that have brought, or aspire to bring, real impact on the welfare of society. They also have growing succe... Senior members are active faculty, scientists and administrators who have demonstrated remarkable innovation producing technologies that have brought, or aspire to bring, real impact on the welfare of society. They also have growing success in patents, licensing and commercialization.

“Both Dr. Woodbury and Dr. Vrudhula are richly deserving of this recognition,” said Sethuraman Panchanathan, executive vice president of Knowledge Enterprise and chief research and innovation officer at ASU. “Their commitment to advancing scientific discovery, their dedication to mentoring and their innovative approaches to research are inspiring. They are true exemplars in the realm of invention.”

This latest class of 35 NAI senior members represents 17 research universities, government and nonprofit research institutes, including Harvard, Ohio State University and the University of Southern California. They are named inventors on more than 368 issued U.S. patents.

“NAI member institutions support some of the most elite innovators on the horizon. With the NAI senior member award distinction, we are recognizing innovators who are rising stars in their fields,” said NAI President Paul R. Sanberg. “This new class is joining a prolific group of academic visionaries already defining tomorrow.” 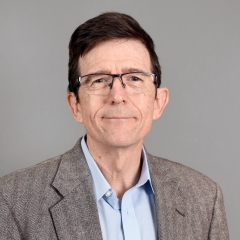 As ASU’s chief science and technology officer, Woodbury — a professor in the School of Molecular Sciences — exemplifies the university’s entrepreneurial spirit.

Woodbury is a distinguished sustainability scientist in the Global Institute of Sustainability as well as a faculty member in the Center for Innovations in Medicine in the Biodesign Institute. He is an expert in the field of electron transfer and photosynthesis but has relatively recently undergone a remarkable transformation to become a human disease detective to the extent of generating a number of patents, four of them licensed already.

“In close collaboration with Stephen Johnston, professor in the School of Life Sciences, we have developed a diagnostic approach based on high-density peptide arrays,” explained Woodbury.

“This approach effectively takes a complete profile of the repertoire of circulating antibodies in the blood. By analyzing this profile or 'immunosignature' as a function of disease state, signatures representing many different diseases have been identified.“

Johnston and Woodbury co-founded HealthTell Inc. based on this technology, and there are more than 20 publications describing the technology.

Woodbury has published more than 165 scientific publications and holds multiple patents, four licensed, one optioned and many pending.

Addressing a major problem in chip security and national defense 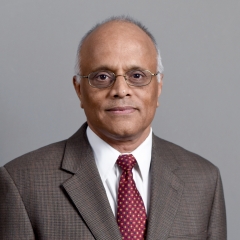 Vrudhula, a professor of computer science and engineering in the School of Computing, Informatics, and Decision Systems Engineering, holds 17 patents with several others pending. Of the 17, one he is particularly proud of is a patent of a circuit that behaves like rudimentary binary neurons.

“This is really exciting because I'm embedding them in conventional logic circuits to improve their power consumption, reduce area all without sacrificing performance,” said Vrudhula, who leads the Center for Embedded Systems at ASU. “We recently applied for another patent of the same (type), but that employs flash technology.”

Vrudhula’s solution can address a major problem in chip security — namely, the issue of theft of integrated circuit technology by a foundry. This is a serious concern for the U.S. Department of Defense as there is currently no secure place in the U.S. to fabricate integrated circuits that go in defense hardware.

“Our approach will make copying or reverse-engineering an IC by a foundry completely useless,” said Vrudhula. “I am most excited about this at the moment. I'm collaborating with Professor Sunil Khatri from Texas A&M University on this technology.”

“My most valuable contributions have been in making circuits and systems energy efficient,” said Vrudhula. “That includes new circuit architectures and optimizing the operation of processors at run-time.”

For Vrudhula, the best part of the NAI honor is that he gets to involve students in his efforts to develop patentable technology.

“The students are very motivated by patents because it greatly increases their marketability after graduation,” he said. “The whole process has infused in them the attitude of creative risk-taking and exposed them to the challenges, responsibilities and rewards of entrepreneurial research.”