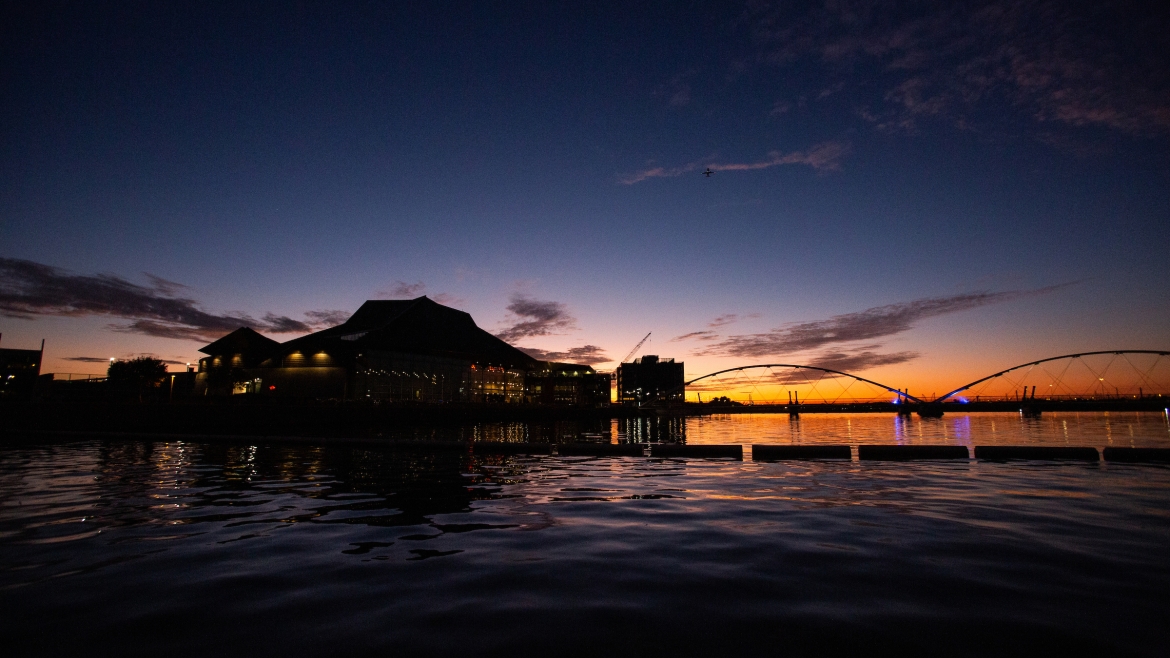 The Salt River Valley has always revolved around two things: the sun above and the river below.

Hohokam children played on the banks of the Salt and ate fish caught in weirs and corn and squash nourished by the water. Centuries later, settlers unearthed the native canals and irrigated their own crops. A ferry moved farmers, swindlers and gunfighters across the waters from Tempe to Phoenix.

But the river proved to be too violent and unpredictable during the monsoon, whipping around the Valley floor like a snake in a shoebox. To count on it, it had to be brought under control with a dam.

For almost 90 years, the waters ran into the canals. The riverbed dried. Cities turned their back on it, using it as a gravel pit and dump.

Now the river is being embraced again. The cornerstone of that effort, Tempe Town Lake, celebrated its 20th anniversary last week with dignitaries celebrating the massive effort that brought it back to life. 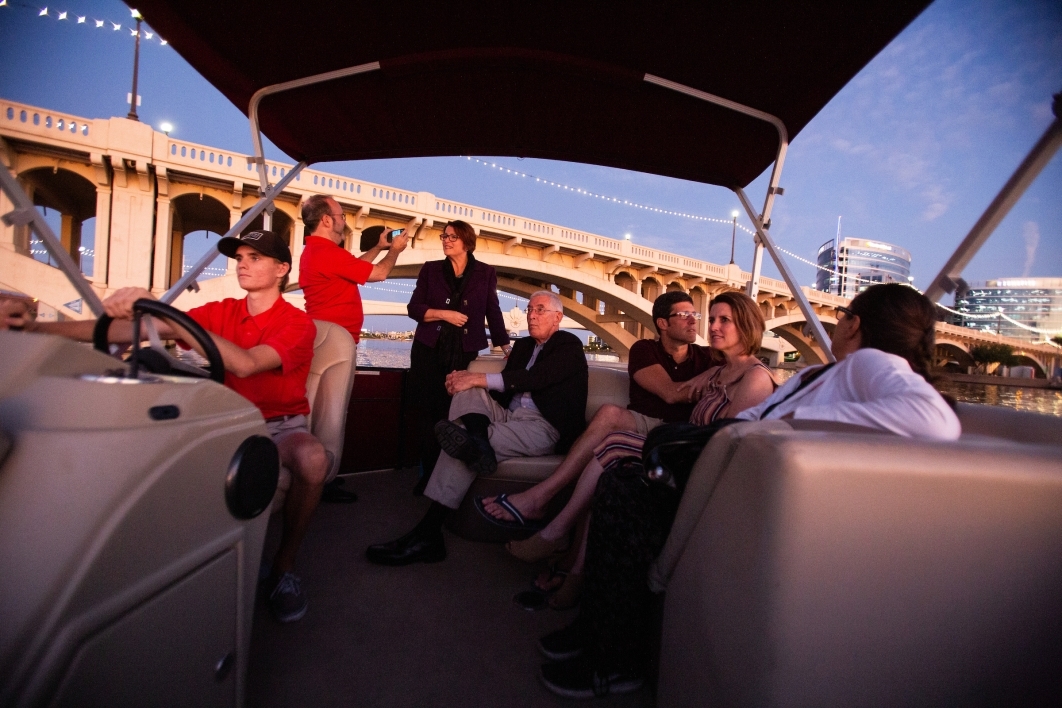 Visitors take a ride around Tempe Town Lake at the start of the lake’s 20th anniversary celebration on Nov. 8. 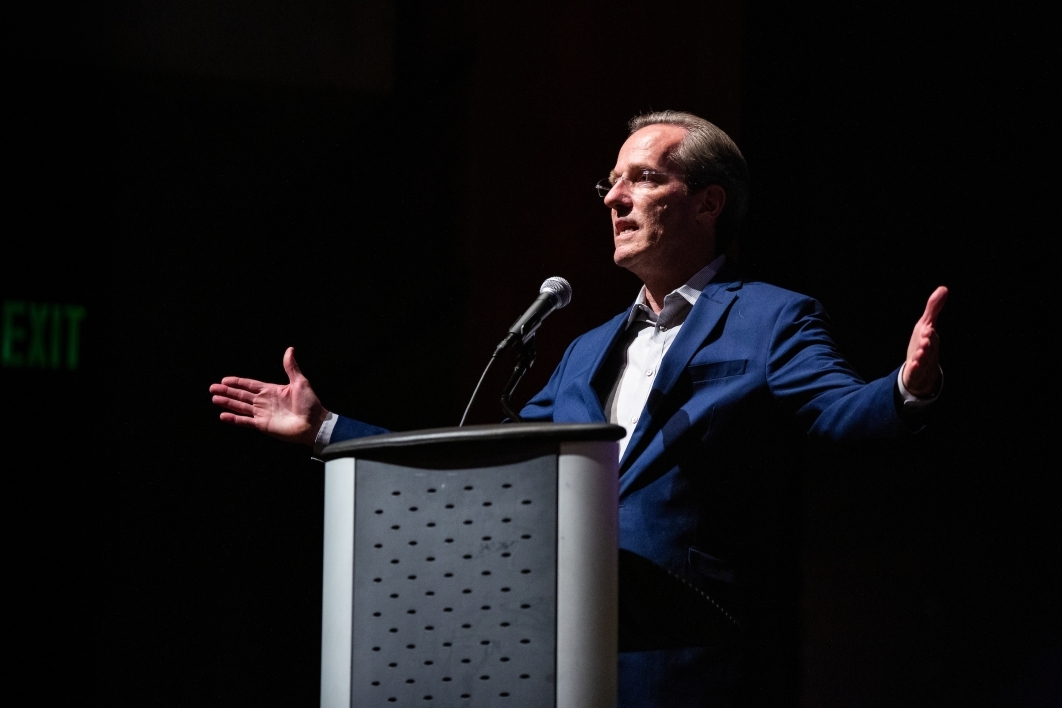 Wellington "Duke" Reiter addresses visitors at the Tempe Town Lake anniversary event at the Tempe Center for the Arts. 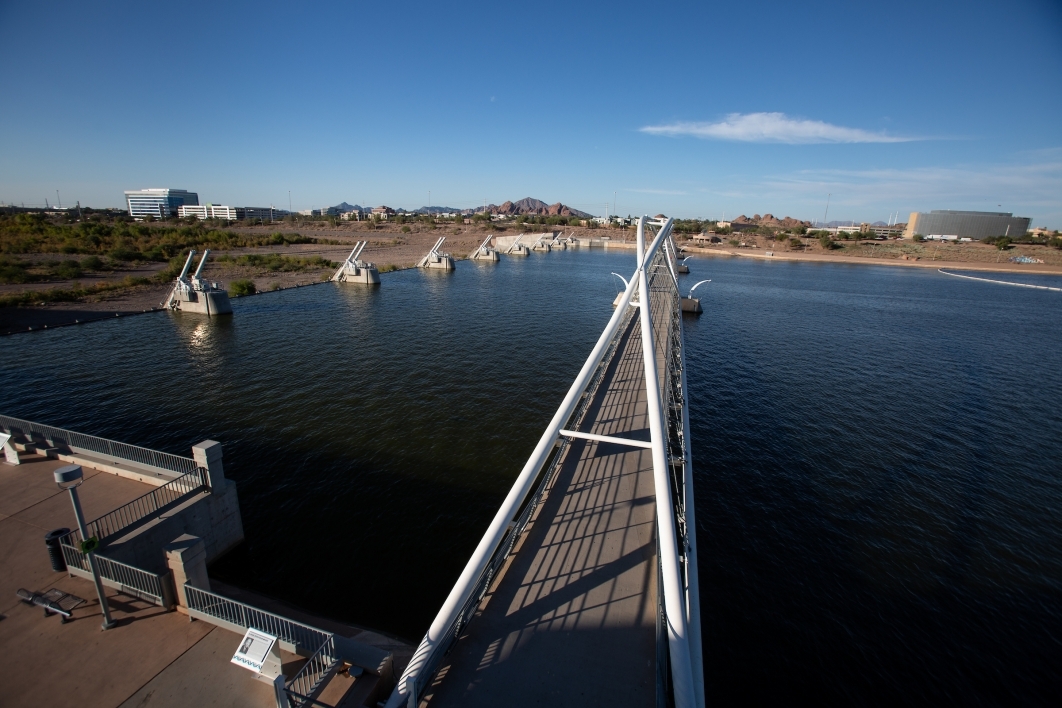 A view of Tempe Town Lake on Nov. 8. More than 2 million people visit the lake annually. It has generated nearly $2 billion in economic impact since its opening. 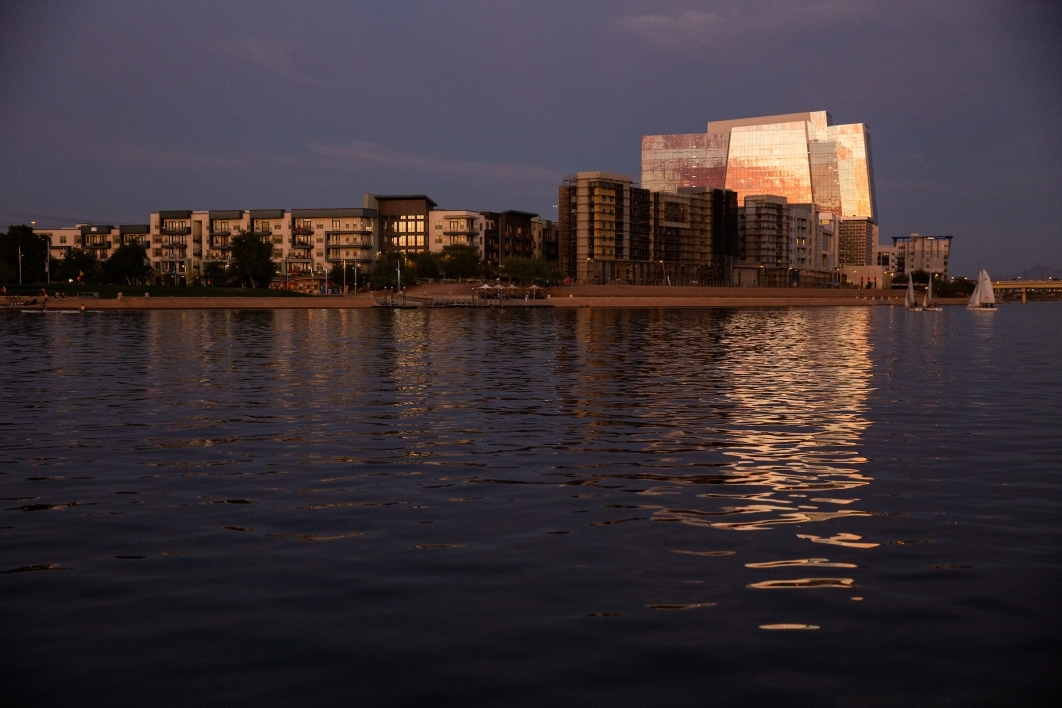 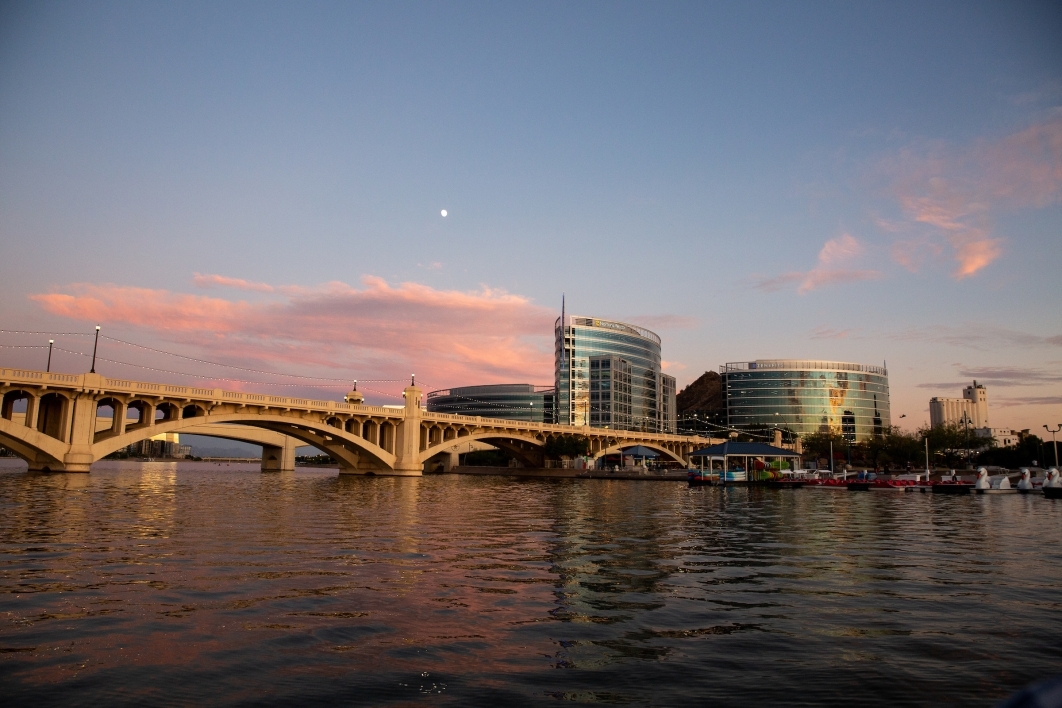 The bridge across Tempe Town Lake at sunset.

“Anybody who drives past Tempe Town Lake realizes what a success this is,” the late Sen. John McCain said two years ago. “Every mayor wants a Tempe Town Lake. … We want to make this an example to the rest of the state, as well as the nation.”

But revitalization dates back much further than 20 years, to Arizona State University’s College of Architecture in the mid-1960s under Dean James Elmore.

ASU’s Wellington “Duke” Reiter, senior adviser to the president and executive director of the University City Exchange, explained at the celebration Friday the university’s role in creating the lake.

Reiter quoted the last line of the university’s charter: “assuming fundamental responsibility for … the communities it serves.

“I can’t think of a project that better demonstrates that,” he said, citing the architecture classes of 1967 and 1968 who first started drawing up plans.

The classes created designs to control flooding, restore the environment and lead to more recreation and economic development.

“They did what students should do: imagine the possible, even if it seemed far-fetched,” Reiter said. “What they got right is that it could be something of significance.”

Now an even larger cohort stretching the length of the Valley is working on revitalizing the entire river. McCain wanted the project as his legacy. Now ASU students from across the university’s various schools are working on a 55-plus-mile imagining of what the river can be.

“You won’t see surface water for 50 miles, but you will see the revitalization of the river in various communities, based on what those communities would like to have,” Reiter said. “What that shows is the fortunes of cities and universities are inextricably linked.”

Top photo: A view of Tempe Town Lake and the Tempe Center for the Arts at the start of the lake’s 20th anniversary celebration on Nov. 8. Photo by Deanna Dent/ASU Now