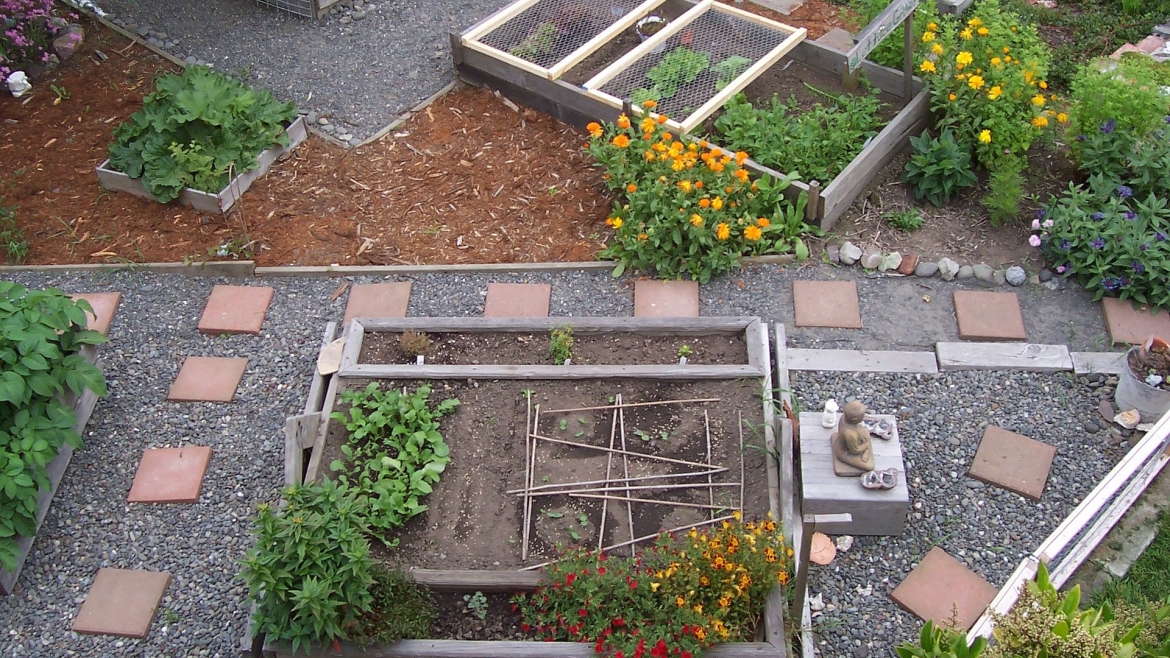 Study shows how urban agriculture can push the sustainability of Phoenix

A community garden occupies a diminutive dirt lot in Phoenix. Rows of raised garden beds offer up basil, watermelons and corn, making this patch of land an agricultural oasis in a desert city of 1.5 million people. In fact, this little garden is contributing in various ways to the city’s environmental sustainability goals set by the Phoenix City Council in 2016. The goals consider matters such as transportation, water stewardship, air quality and food.

With these goals in mind, a group of researchers led by Arizona State University assessed how urban agriculture can help Phoenix meet its sustainability goals. For example, urban agriculture could help eliminate so-called “food deserts” — communities that lack retail grocers. It also can provide green space, as well as energy and CO2 emissions savings from buildings.

“Our analysis found that if Phoenix used only about 5% of its urban spaces (2% of its land, and about 10% of its building surfaces) for urban agriculture, the city could meet its sustainability goal concerning local food systems,” said Matei Georgescu, associate professor in the ASU School of Geographical Sciences and Urban Planning and co-author of the study. “Urban agriculture would also contribute towards the city’s goals of increasing open spaces, and reducing environmental impact from buildings and land use.”

Through the use of public records and high-resolution satellite imagery, the researchers analyzed the potential benefits of growing crops in three types of urban areas in Phoenix: vacant lots, rooftops and building facades.

The data-driven analysis indicated that 71% of Phoenix’s available areas for urban agriculture would come from existing buildings as opposed to vacant lots.

Overall, the study estimates that nearly 28 square miles (5.4% of city space) are available for urban agriculture in Phoenix. This can supply the city with nearly 183,000 tons of fresh produce per year, allowing for delivery of an assortment of fruits and vegetables to all of Phoenix’s existing food deserts. That means the city’s own urban-agriculture output could meet 90% of the current annual fresh produce consumed by Phoenicians.

In addition, rooftop agriculture could reduce energy use in buildings by 3% per building per year and potentially displace more than 50,000 metric tons of CO2 annually. This is the equivalent of nearly 6,000 homes’ energy use for one year.

“These findings highlight the importance of place-based analysis,” said Nazli Uludere Aragon, lead author of the study and a doctoral student in ASU’s School of Geographical Sciences and Urban Planning. “Context and geography are critical,” Aragon explained. “The integration of local data applied to locally meaningful desired outcomes is the essence of applied research and can transform communities in beneficial ways.”

In addition to Aragon and Georgescu, co-authors of the paper include ASU researchers Michelle Stuhlmacher and Jordan Smith, and Nicholas Clinton of Google.

“Our work demonstrates the multitude of ways that urban agriculture can serve cities, beyond merely the somewhat limited focus on food production,” said Georgescu, also a senior sustainability scientist in the Julie Ann Wrigley Global Institute of Sustainability at ASU.

“A key highlight of our work,” said Aragon, “is that it can be adopted for other cities that have developed or are in the process of developing their own sustainability goals and want to explore the extent to which urban agriculture can contribute. We want to perform similar analyses for cities across the United States and the world with similar interests in determining co-benefits associated with urban agriculture.”

This work was supported by the National Science Foundation and the U.S. Department of Agriculture.

Hockey Ranked No. 20 in Preseason Poll

Hockey Ranked No. 20 in Preseason Poll