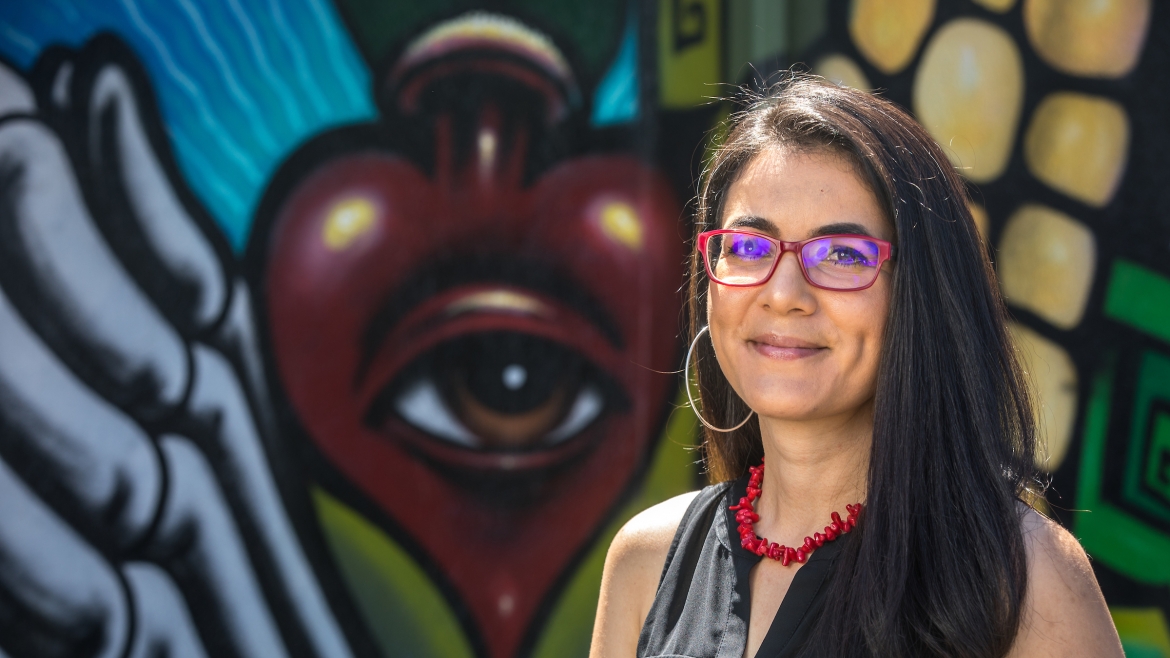 Hispanic Heritage Month a time for pride, inclusion and learning

Hispanic Heritage Month is a time for pride and reflection, celebrating millions of Americans who have positively influenced and shaped our society.

Beyond that, it should be a time of learning and inclusion for Hispanics and people who have an interest in delving deeper into other cultures, said Vanessa Fonseca-Chávez, an assistant professor of English in the College of Integrative Sciences and Arts at Arizona State University's Polytechnic campus.

“Hispanic culture and communities are more deeply embedded in the United States than what most people realize, and it’s one of the fastest growing demographics,” said Fonseca-Chávez, whose work focuses on layered colonial relationships in pre-Chicana/o and Chicana/o literature and cultural production in the Southwest United States.

ASU Now spoke to Fonseca-Chávez about the roots and intricacies of Hispanic Heritage Month, which runs from Sept. 15 to Oct. 15.

Question: Why do we have Hispanic Heritage Month?

Answer: Hispanic Heritage Month began in 1968, which is fitting because it coincides with the Chicana/o movement of the 1960s and 1970s and the struggle for educational, cultural and political recognition for Chicanx and Latinx communities. Hispanic Heritage Month allows us to take pause and reflect on the contributions of these communities, some of whom have been in the present-day U.S. since the late 1500s. The timeline for Hispanic Heritage Month is Sept. 15 through Oct. 15 to recognize the independence of many Latin American countries from Spain in the 19th century. I think Hispanic Heritage Month can be useful when conceptualized as both a learning and cultural process of inclusion. This means, whether inward or outward facing, we have to move beyond just painting a palatable image of Hispanics/Latinx and think critically about how Hispanics/Latinx have suffered from various forms of injustice and oppression over time.

Q: Where did the term Hispanic come from and is that preferable to or more accurate than Latino?

A: The word Hispanic came from the Nixon administration and later was used as a census term intended to embody a heterogenous group of individuals from Spanish-speaking countries. In 2000, the census began using the term Latino to refer to those who came from Latin America, recognizing that not all individuals who come from Latin America speak Spanish. Both are umbrella terms and fail to recognize region-specific and/or complex identities. Someone who identifies as Latinx might also identify as Puertoriqueña or Boriqua, and perhaps even Afro-Latinx. There has been a trend to use Latino over Hispanic, though I would not say that one is more accurate or preferable. In New Mexico, for example, people often refer to themselves as Hispano or Hispana. This may be viewed by those outside of New Mexico as assimilationist, but it is not up to us how one chooses to identify. When identities are imposed upon a population, it strips them of the agency to explore identity for themselves and come to terms with an identity that best frames their particular experiences.

Q: What do Hispanic Heritage Days across the United States look like and how do they vary?

A: Hispanic Heritage Month celebrations vary across the United States and, oftentimes, can be a reflection of the cultural/ethnic heritage of the region that has historically been shaped by migration patterns. This is not dissimilar to universities whose academic units represent regional identities and concerns. You see more Chicanx studies programs in the U.S. West and Southwest and more Latinx or Caribbean studies programs as we move toward the East Coast. However, we need to be cognizant of how we include other Latinx groups within Hispanic Heritage Month celebrations so that, regardless of where we are located geographically, we can learn more about all Latinx communities.

Q: When you have such a catch-all term as Hispanic Heritage Month for the 25-odd countries it represents, does that run the risk of a generic picture of one culture?

A: Absolutely; we are not one singular culture and should not be celebrated as such. This is a challenge that nearly all heritage month celebrations face. Those who are in charge of programming for Hispanic Heritage Month should be as inclusive as possible. This doesn’t mean that we have to do something directed toward each country; that would be nearly impossible and potentially shallow. However, we can invite folks to the planning and presentation table who can expand our understanding of Latinx communities and be intentional in our efforts to bring in as many voices and perspectives as possible.

Q: What do you personally do to celebrate Hispanic Heritage Month?

A: Throughout the year, I consistently am looking for events in the community and at ASU that celebrate and highlight Hispanic communities. Every fall, I teach a transborder Chicana/o literature course and encourage my students to go to at least two events during the semester that can broaden their understanding of Chicanx/Latinx culture. I believe that representation matters and that learning about and appreciating other cultures can make us better human beings.

Top photo: Vanessa Fonseca-Chávez, in front of artwork by Calle 16 at the Barrio Cafe in Phoenix, is an assistant professor of English in the College of Integrative Sciences and Arts. Her teaching focuses on Chicana/o and indigenous literature and cultural production. Photo by Charlie Leight/ASU Now

Women's Golf Opens the Season at the ANNIKA Intercollegiate

Women's Golf Opens the Season at the ANNIKA Intercollegiate