The Arizona Center for Medieval and Renaissance Studies will host the Race Before Race symposium to engage the past, ask questions about our present and imagine better futures

We don't often think about medieval and Renaissance culture. While brushing our teeth, driving to work or school, cooking dinner or checking email, we are not consciously sifting through our knowledge of Shakespeare, Chaucer or Beowulf. And yet, those narratives, those belief systems, are constantly swimming through us.

“These premodern stories are ingrained in who we are as a society,” said Ayanna Thompson, director of the Arizona Center for Medieval and Renaissance Studies and professor of English. “Many people who don’t even know they’re quoting Shakespeare have used the phrase ‘To be or not to be.’” 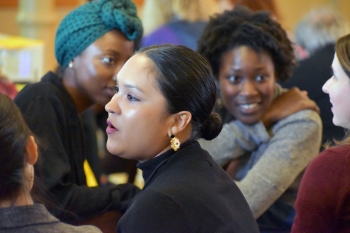 Participants engaged in conversation at the Race Before Race symposium in January 2019. Download Full Image

In the last few years, we have seen the destruction and despair that can be fostered by the misuse of these narratives. The shooter who committed acts of terror on two mosques in Christchurch, New Zealand, inscribed references to medieval history on his clothing and weapons. White nationalist marchers in Charlottesville, Virginia, displayed medieval symbols on their clothing and signs, not to mention the ongoing, continued misusage of medieval and Middle Ages rhetoric and symbolism in alt-right, white supremacist online channels.

Even within the field itself, concerns of systemic violence and racism are at the forefront of conversations. Earlier this year, the largest academic gathering of medievalists, in Kalamazoo, Michigan, was boycotted by many scholars, including some members of the group Medievalists of Color, for suppressing the voices of marginalized scholars.

This is where Race Before Race comes in. 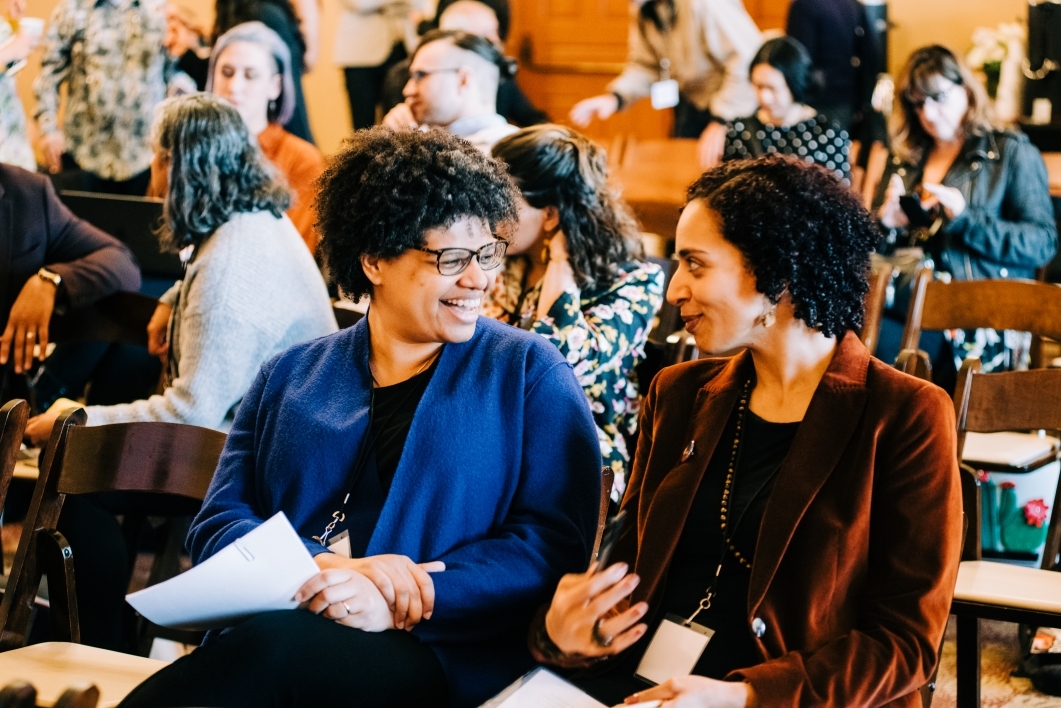 Patricia Akhimie and Noémie Ndiaye in conversation at Race Before Race in January 2019. 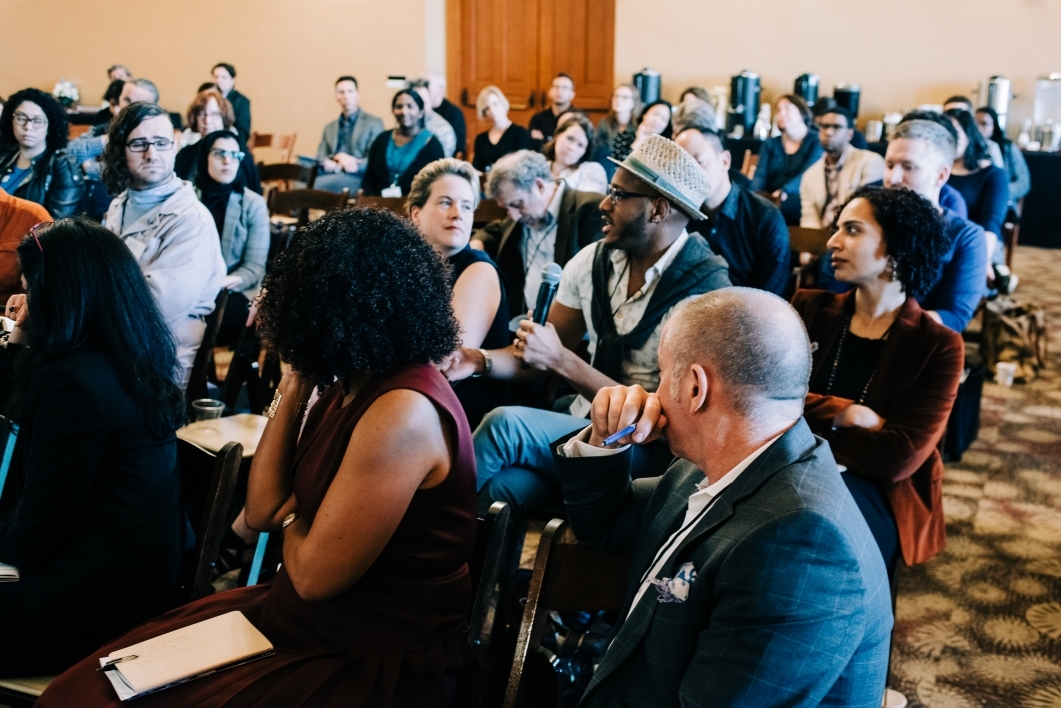 David Sterling Brown asks a question to the attentive Race Before Race audience. 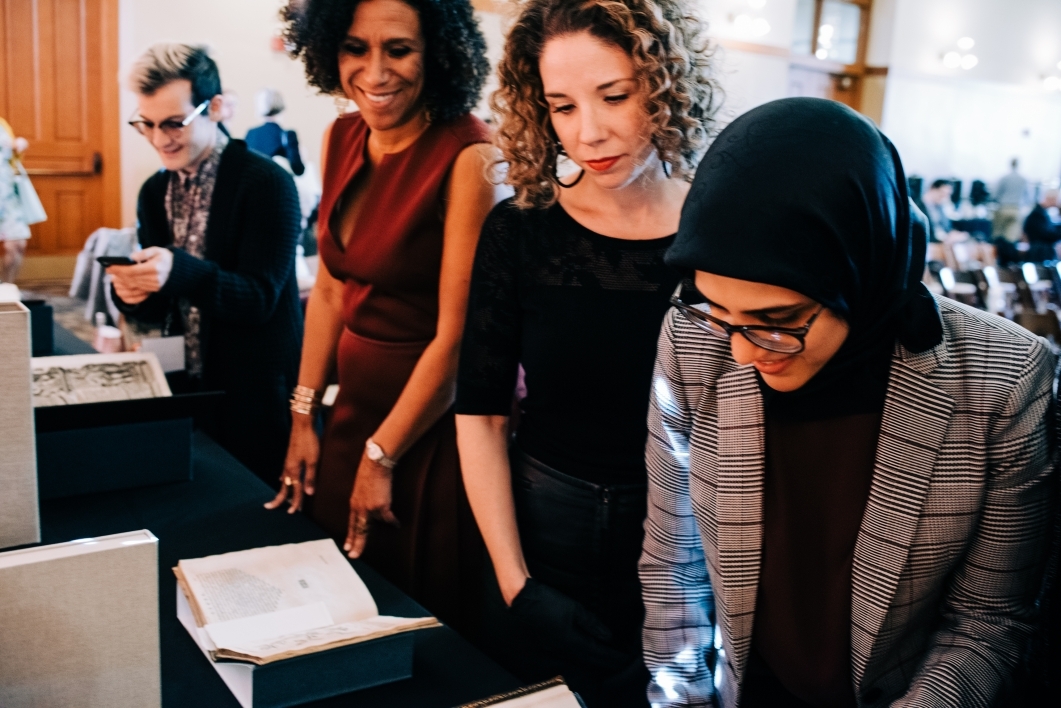 Scholars gather to look at ASU Library's display of medieval manuscripts during Race Before Race in January 2019. 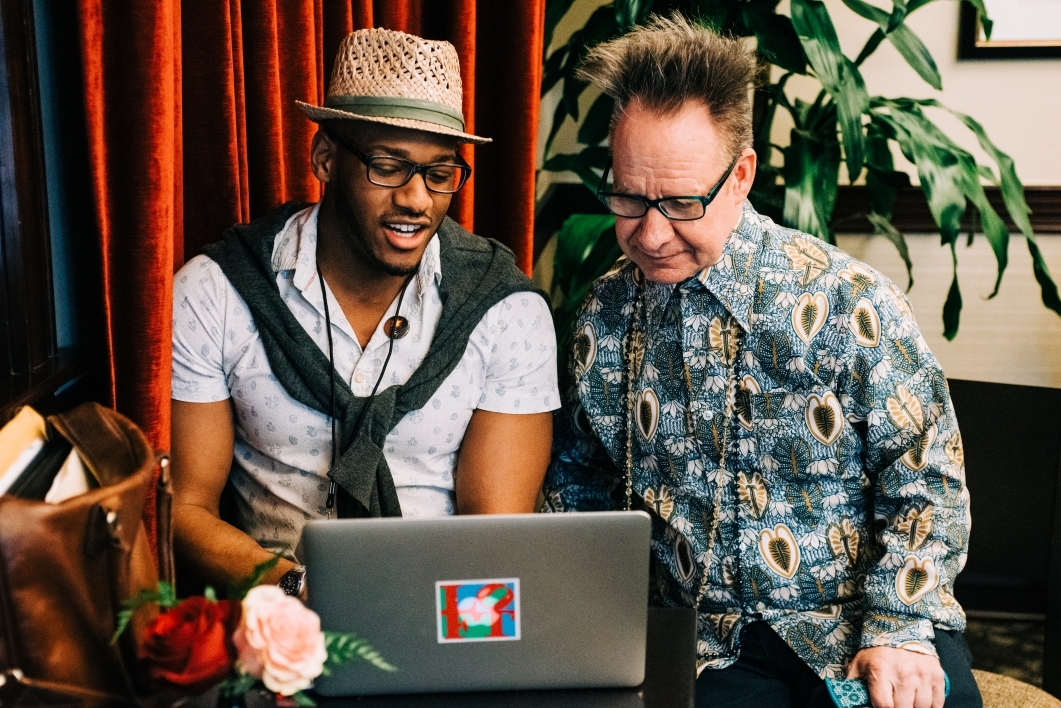 In January of 2019, the Arizona Center for Medieval and Renaissance Studies held the first Race Before Race symposium, featuring scholars of color focusing on urgent contemporary issues through the lens of medieval and early modern culture.

#RaceB4Race has become one of the most-used Twitter hashtags for premodern race studies, garnering over 1,000 tweets during that first symposium, and many more since. References to Race Before Race are being published in academic journals and spin-off events are being curated all over the country.

“Race Before Race has been so successful because there’s a hunger in medieval and early modern studies for understanding expanded archives, new methodologies and new scholarly practices,” said Thompson.

“It’s particularly important to have Race Before Race in our nation’s capital — in this moment when dialogues about race are more fraught than ever, even in the highest levels of government,” said Thompson.

Medieval and Renaissance studies engages the past to ask questions about the present and imagine different, more inclusive, futures. And though we may not think about its daily influence on us, it is a politically urgent field — one that sets the stage for larger conversations about society, politics and the future.

'Miss Saigon' comes to Tempe with a new song

Two creatives behind the development of "Miss Saigon" found remarkable inspiration to tell the story of a wondrous romance severed by the tides of war in Vietnam, and all it took was a photograph.The composer of "Miss Saigon," Claude-Michel Schönberg, traces his inspiration for the development of the musical to a 1975 photograph he found of a Vietnamese mother seeing her 11-year-old daughter off ...

'Miss Saigon' comes to Tempe with a new song

Two creatives behind the development of "Miss Saigon" found remarkable inspiration to tell the story of a wondrous romance severed by the tides of war in Vietnam, and all it took was a photograph.

The composer of "Miss Saigon," Claude-Michel Schönberg, traces his inspiration for the development of the musical to a 1975 photograph he found of a Vietnamese mother seeing her 11-year-old daughter off at Tan Son Nhut Air Base — the Republic of Vietnam Air Force facility that was located near the city of Saigon in southern Vietnam from 1955-1975. 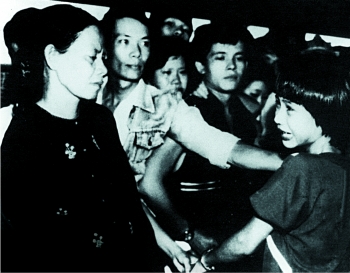 In the photo, the daughter, who is both Vietnamese and American, is being sent to live with her ex-GI father. This is, for the mother, an ultimate sacrifice: to send her child away to America in order to give the child a better life. The picture also motivated lyricist Alain Boublil to further investigate the last days and aftermath of the Vietnam War, a pursuit which informed him of the war’s cruelty, contradictions, sacrifice and betrayal.

“The pain of being torn apart and the fracture of the maternal bond must always be a presence in the depths of this woman’s heart," said Boubil. "What we felt for this girl and her mother has always moved us deeply, both as fathers and as the children we once were. This Vietnamese woman, her face frozen in pain, knew that finding the child’s father marked the end of her life with her daughter, and that this moment at the departure gate was the end. This silent scream is the most potent condemnation of the horror of that war — of all wars. This photo could have been taken today in Syria, Sudan and probably in Ukraine. We hope that such a picture will never be taken here.

"Where is she? We hope she found happiness somewhere in America and especially that her mother’s sacrifice was not in vain. Or maybe they met again, against all odds. Maybe the father had not met an Ellen; maybe he went to look for her and found her; maybe — like the new song in this new version of 'Miss Saigon' — maybe she kept faith in her story like Cameron Mackintosh, our producer, kept faith in ours when he asked us two years ago if we would write a new song for Ellen, 25 years after the creation of the show. We did enthusiastically. Such was the start of this reinvention of 'Miss Saigon' under his creative helm. We only hope that the little girl had a chance to reinvent her life.”