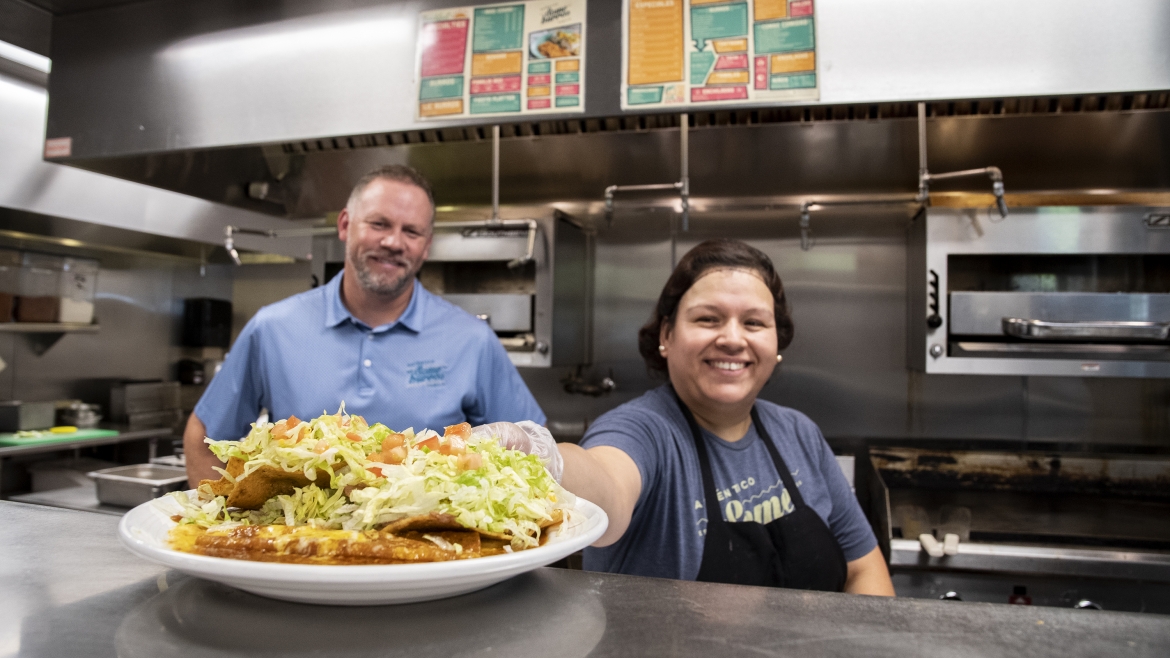 Every family has traditions. Tim Vasquez’s has baseball, cooking and Arizona State University.

He and his father, George, were both rising baseball talents in Phoenix — Tim pitched for the Sun Devils baseball team and, like George, played with minor league teams locally.

They are also both ASU alumni. George Vasquez earned a business degree in 1974 from what is today the W. P. Carey School of Business, while his son earned a bachelor’s degree in communication from The College of Liberal Arts and Sciences in 1998. Together, they’ve built a culinary legacy in the Valley rooted deep in their family history.

As a student athlete, Tim said he initially hoped to turn his education into a career as a sportscaster. But a passion for family, food and history steered him toward a new path.

The family’s story began in 1972, when Tim’s grandparents transformed their south Phoenix home into Poncho’s Mexican Food and Cantina, an adobe restaurant specializing in his grandmother’s traditional Sonoran dishes.

After graduating from ASU, George aspired to take his family’s recipes to new heights. In 1986, he and his wife founded Someburros in Tempe. Tim remembers being part of the family operation since the beginning.

“Poncho's was a full-service restaurant, and my parents envisioned a fast-casual, family restaurant with the same great food,” he said. “I was 11 at the time, and my job was to stand in a donkey costume on the corner in front of the restaurant and wave at cars.”

As Tim got older, his roles at the restaurant changed. He was a college student working in the Someburros kitchen when he started to see the business as more than just an after-school job.

“I found such satisfaction in serving my grandmother's recipes and knowing people loved them, I knew I wasn’t going to find that passion for a job anywhere else,” he said. “I realized it was something really special that had room to grow.” 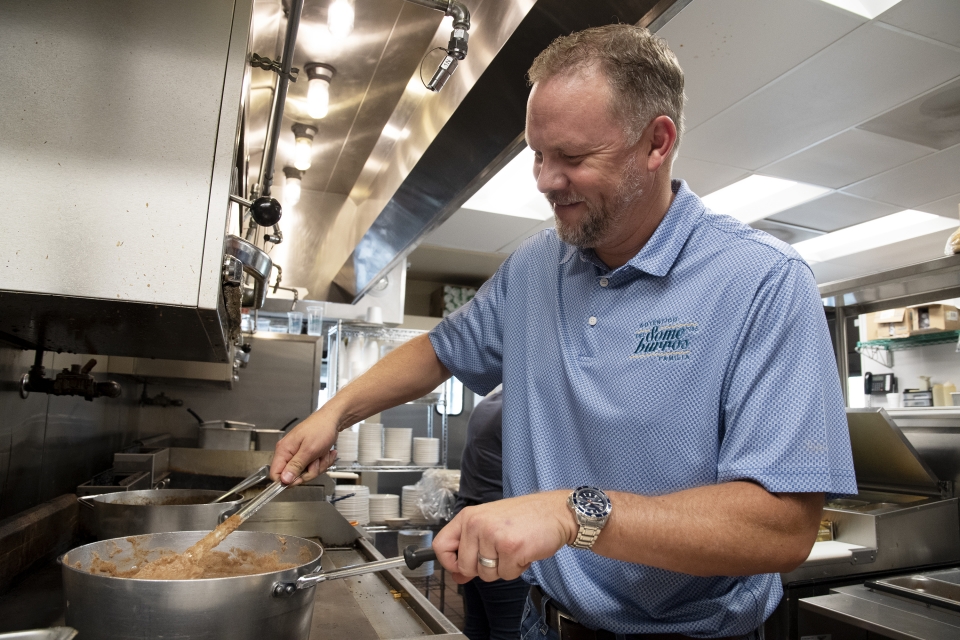 Tim Vasquez worked in the kitchen at the original Someburros restaurant in Tempe while a student at The College. Photo by Alisa Reznick

By 2002, he helped his parents open a second location in Glendale. Over a decade later, Tim and his siblings own seven Someburros across the Valley, including one inside Sun Devil Stadium. An eighth location is in Flagstaff and another is slated to open later this year in central Phoenix.

Looking back, he said the communication degree he earned from The College helped him not only navigate the restaurant business, but also everyday life.

“From conflict negotiation to interpersonal communication, those are all skills you use every single day both at work and with friends and family,” he said. “I wouldn't have majored in anything else, even if I could go back.”

A new generation has also joined the fold — both at ASU and the restaurant. Tim’s daughter Isabel graduated with a bachelor’s degree in communication from The College’s Hugh Downs School of Human Communication in 2017 and joined the Someburros team this year. He said she hopes to one day help the operation expand beyond Arizona.

“My daughter has known ASU her whole life; there are pictures where I’m in my ASU baseball uniform on the field, holding her after the game,” he said. “She has also known Someburros from the time she was born; now that she's involved in the business operations it feels all the more like a true family restaurant.” 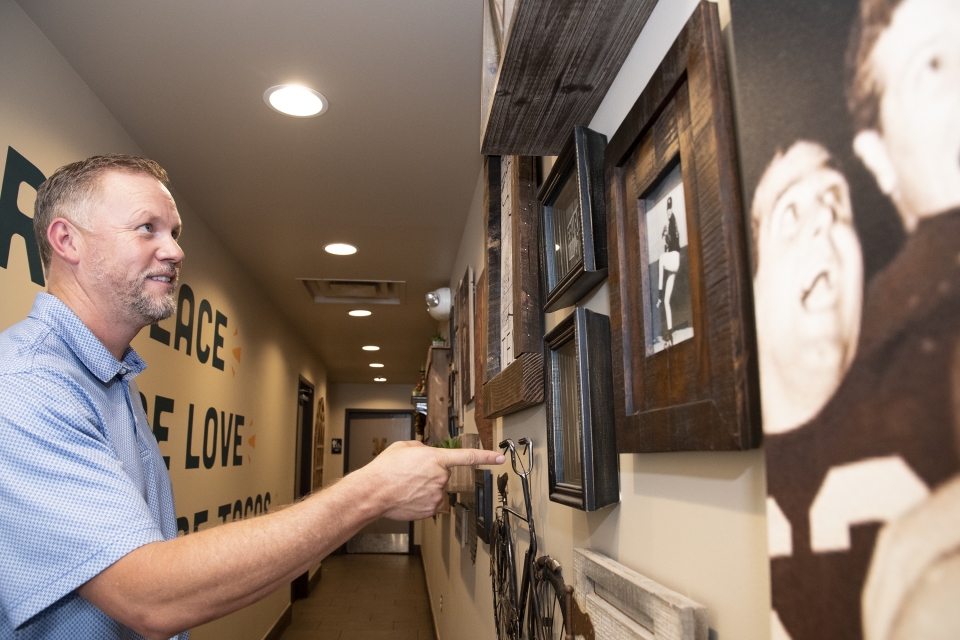 Tim Vasquez shows family photos and black-and-white images of the early days of the restaurant. Today they hang on the walls of Someburros locations around the Valley. Photo by Alisa Reznick

But as much as the family is looking toward the future, Tim said they are also working hard to keep history intact. That was the drive behind their latest venture in Gilbert. Named after his grandmother, he said Isabel’s Amor is a restaurant serving up the lesser-known recipes of the chef who started it all.

“All of this was built on recipes created by my grandmother Isabel and her sister in Sonora,” he said. ”She passed away right before the first Someburros opened, so creating a restaurant with even more of her old recipes is a way to honor her in a new way.”

Tim said he sees Isabel's Amor and Poncho's as being culinary mainstays bookending the growing fleet of Someburros locations. Their continued success comes full circle by allowing his family to give back.

“We have around 350 employees who are also able to benefit from the growth of these businesses, and that has allowed us to support ASU and get involved with the community,” he said. “Being able to do that while growing the family restaurants that I love is a dream come true for me — my advice for anyone would be to get the education and the career that lets you find that passion.”

Top photo: Tim Vasquez is a third-generation restaurateur in Phoenix and the owner of eight Someburros restaurants across Arizona. Photo by Alisa Reznick

From the producers of Broadway's "The Illusionists" comes a family event to leave you and your loved ones amazed. "A Magical Cirque Christmas," the must-see holiday spectacular for all ages, which features the greatest entertainers from around the world and Christmas classics performed live, will premiere on Dec. 26. Tickets for the Tempe premiere of "A Magical Cirque Christmas" are on sale now...

Tickets are available now for the holiday spectacular

From the producers of Broadway's "The Illusionists" comes a family event to leave you and your loved ones amazed. "A Magical Cirque Christmas," the must-see holiday spectacular for all ages, which features the greatest entertainers from around the world and Christmas classics performed live, will premiere on Dec. 26.

Tickets for the Tempe premiere of "A Magical Cirque Christmas" are on sale now at asugammage.com. 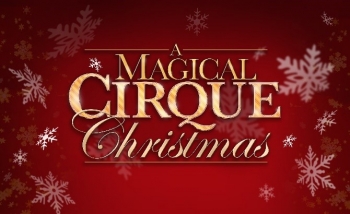 "We are thrilled to be bringing 'A Magical Cirque Christmas' back to audiences around the country in 2019,” said producer Lee Marshall of MagicSpace Entertainment. “Our amazingly talented cast has been assembled from all over the world and is looking forward to delighting audiences and spreading holiday magic. The reception for the inaugural tour has been fantastic and we hope this show becomes a special holiday tradition that families look forward to experiencing for many years to come." 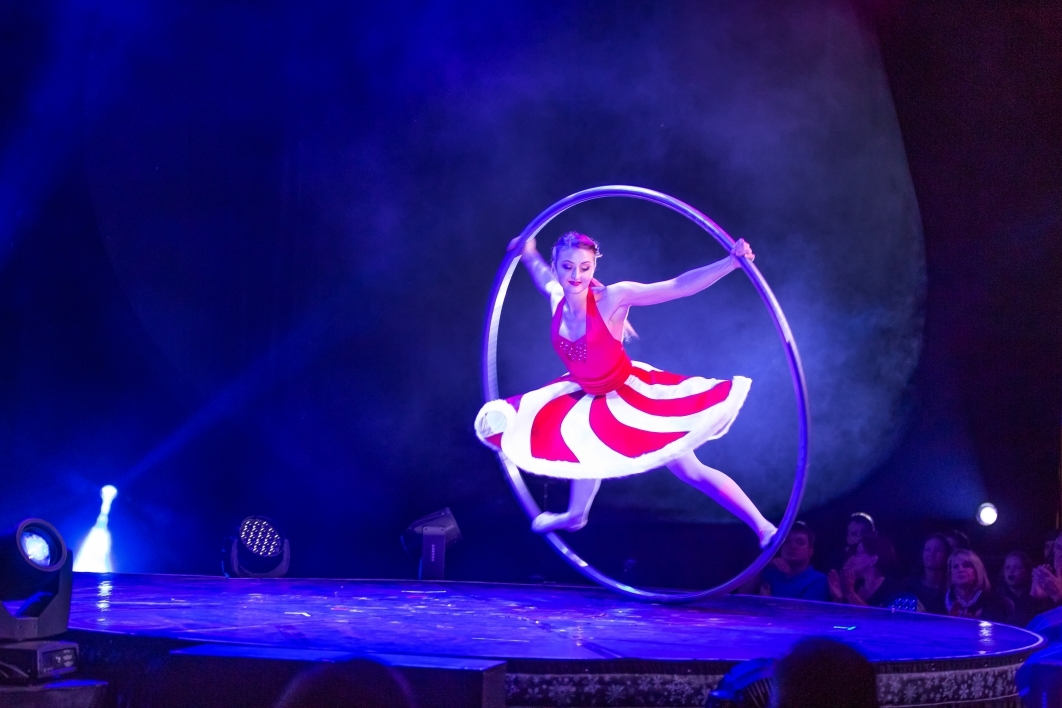 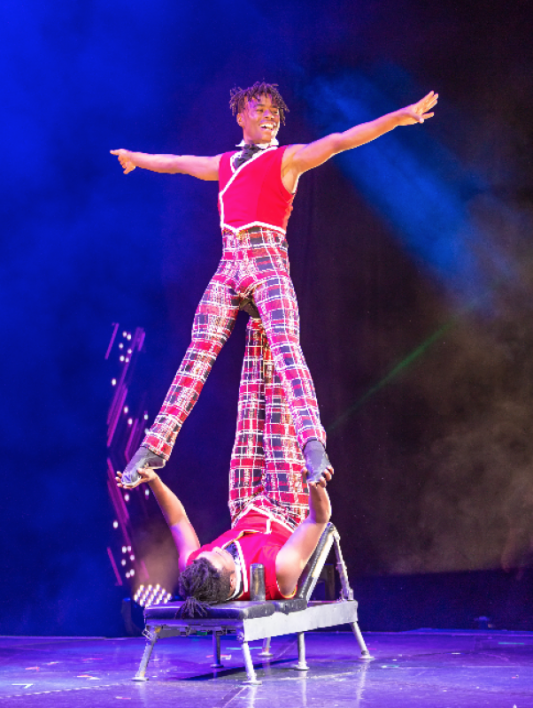 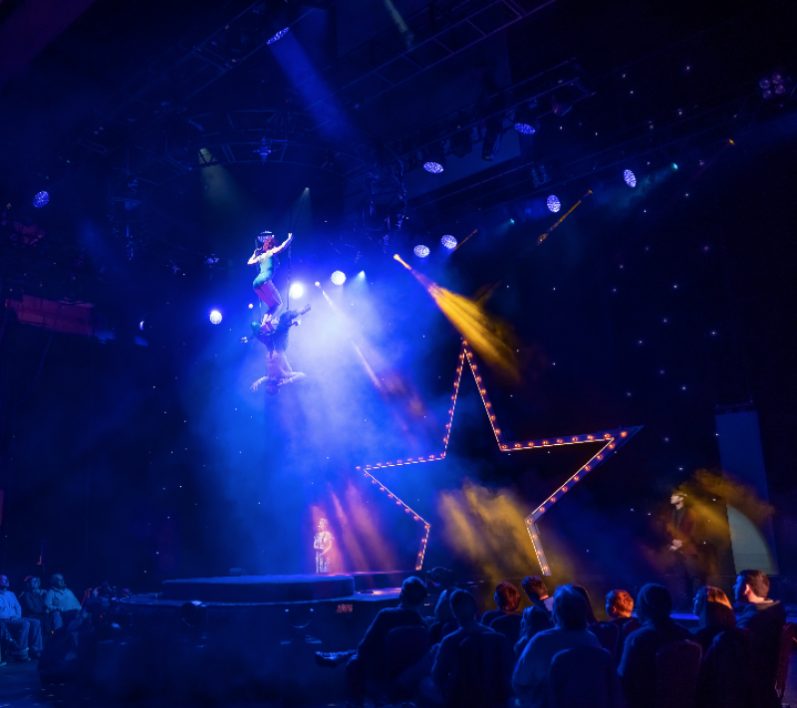 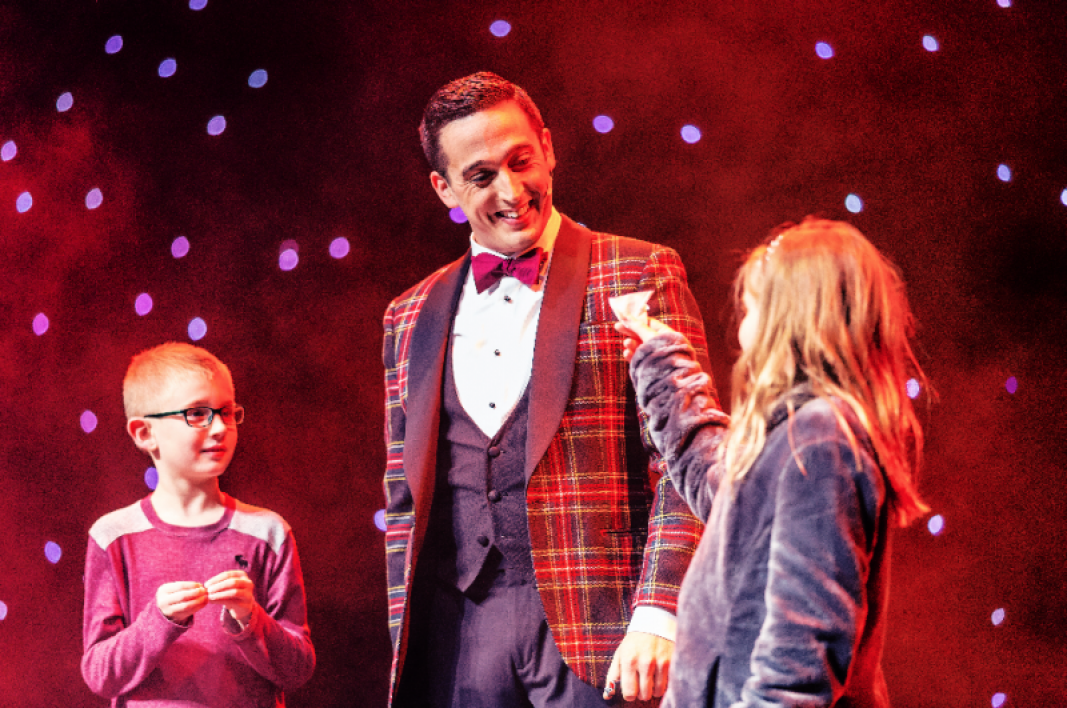 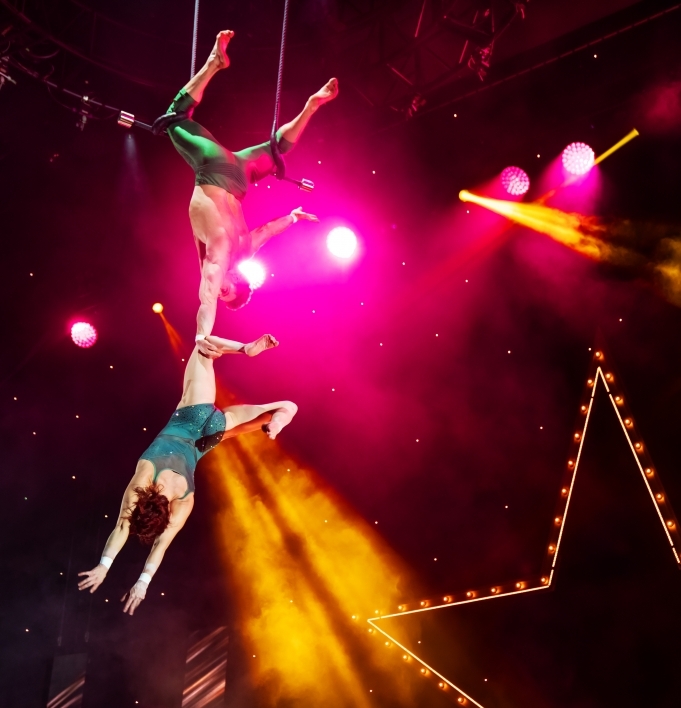 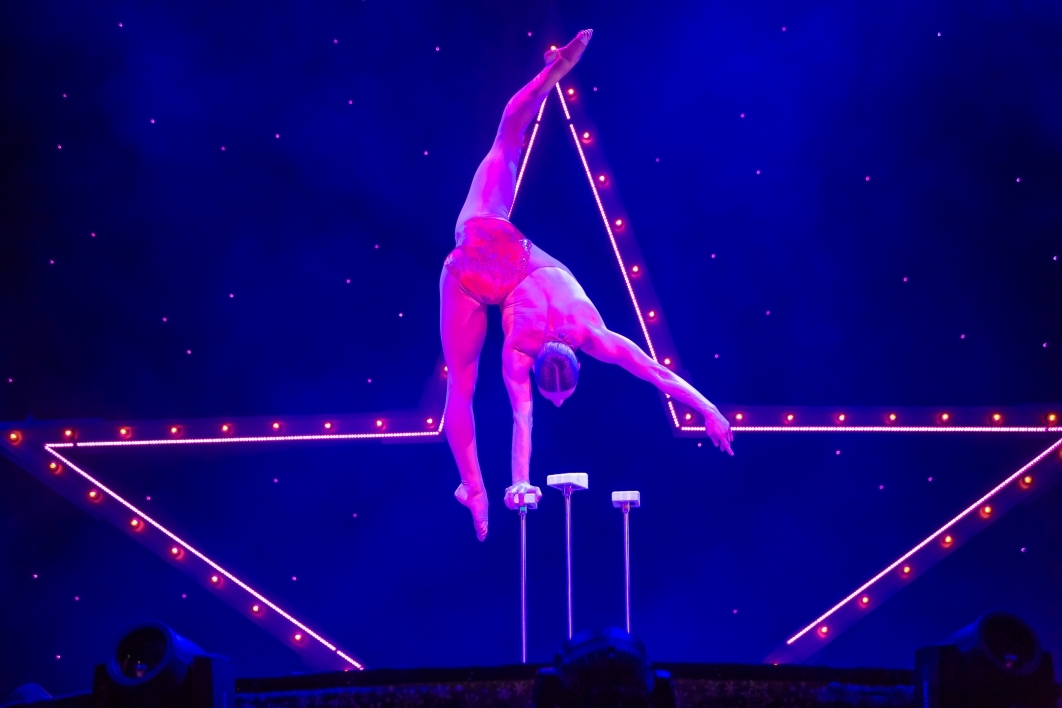 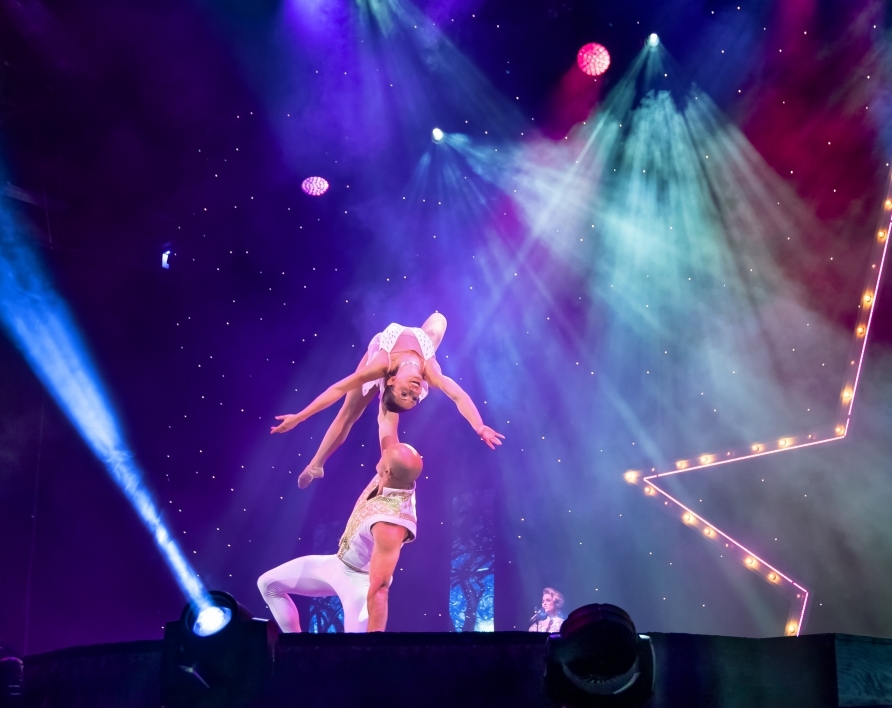 Get more information and complete details on additional tour stops.