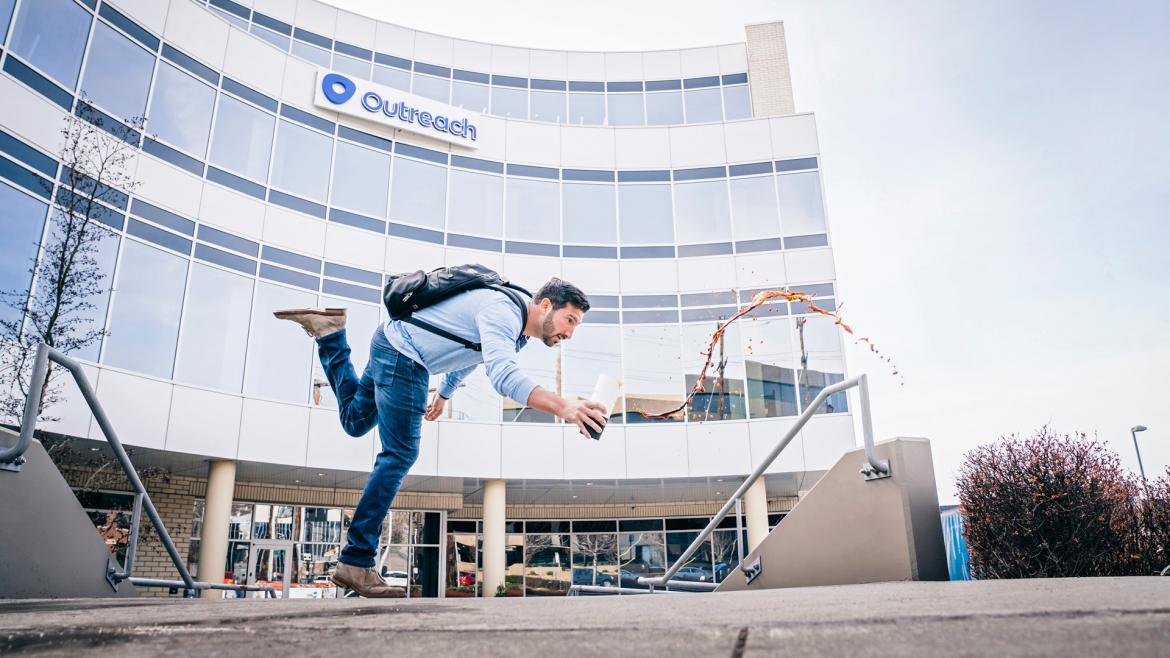 Failing forward: 4 ways to skyrocket your career after ASU

When I was graduating from ASU, I was lucky in two ways. I had completed an education at a great university, and I had already experienced business failure.

A couple of classmates and I tried to start a bike-sharing program at the school before Citi Bike was a thing. We got a little seed money to start but couldn’t raise the capital to build the business. It was shortly after the 2008 financial crisis began, and no one was giving three 22-year-olds in Arizona a million-dollar investment.

But that failure was the best thing that could have happened to me. The experience taught me resilience, perseverance and other important skills, adding to the knowledge I accumulated in my classes.

Most recent graduates haven’t had a business they created go belly-up or faced a similar career failure. Fortunately, you don’t need to.

Here are four ways to build a career in today’s environment, whether at a company or as an entrepreneur. These steps have allowed me to thrive over the last nine years as I’ve joined startups, created my own company and sold it for millions.

After graduating from ASU in 2010, a few friends and I started a business helping small-business owners leverage Facebook for lead generation and advertising. It did pretty well, and we were having a nice life. But we didn’t know how to take it to the next level. We realized that if we wanted to build big careers, we needed to go work for companies and executives from whom we could learn. So we folded the Facebook business and went our separate ways.

I started looking for jobs where I could learn about the things that excited me — business, entrepreneurship, startup culture, emerging technologies and more. To figure out where jobs might be plentiful, I looked for sectors that were getting a lot of investment money.

I applied for a bunch of jobs and got rejected. But I kept at it. Persistence paid off. I was hired by a small startup run by founders who had more experience than I had and a strong business plan.

I gave it my all and helped build and scale the company. I left when I’d reached my learning plateau and began with another small startup where I could learn new skills. I kept challenging myself and worked to get to know all sides of the business.

While at ASU, you’ve had a community on campus. As you head off into “real life” now, it’ll be up to you to create a new one.

Network. Go to events, introduce yourself and shake hands. If you’re introverted and much more comfortable in one-on-one situations, email, call or connect with people on LinkedIn and invite them to coffee or lunch. Just get to know them. You’re building connections who may help you down the road in your career, just as you may help them.

I organized a monthly invite-only event for people with similar professional interests. I called it the Sales Hacker Meetup. I decided to organize a conference based on what we discussed at our meetups. That’s how my company, Sales Hacker, was born.

Be willing to pivot

Some of the greatest opportunities that come your way will be ones you didn’t specifically pursue. I had no intention of building a nationwide or global community for salespeople. But the idea for a conference took off.

So I decided to turn Sales Hacker into an ongoing business — a social space online for the best sales advice, and a series of conferences and meetups across the country and around the world. I saw the conference business become saturated because I had experience. So I put more effort into the website, webinars and podcasts, turning it into a successful digital media business.

Other people I know have made similar career pivots. They’ve created startups that originally focused on fulfilling one need, then found a market for something very different. Similarly, some people go to work for a big company and discover that they’re interested in working for a department that they never thought would be the right fit. So they learn the skills, make the jump and thrive.

As you develop your career in this era of digital disruption, you’ll see how quickly things are changing. One of the big changes is that artificial intelligence and machine learning are taking over more and more of the rote skills that people have done in the past.

This means that businesses need workers who excel at uniquely human skills such as empathy, listening and relationship building. These were once considered “soft skills.” Not anymore. So the strengths you develop to be the best person you can be will become increasingly relevant in your work.

You’re entering the professional world at an incredible time, filled with opportunities. Have a blast. And be sure to take good care of yourself — and give back — along your journey.

Writte by Max Altschuler; photo by Inti St. Clair. Altschuler, ’10 BIS interdisciplinary studies (business and design studies concentrations), is a founder of multiple startups during and after his time at ASU. Max is vice president of marketing for Outreach, a leading sales engagement platform, and author of three books. This story originally appeared in the summer 2019 issue of ASU Thrive magazine.

Max Altschuler, ’10 BIS interdisciplinary studies (business and design studies concentrations), shares three resources that helped inspire his early career decisions.Podcast: The Tim Ferriss ShowTim Ferriss is the author of “The 4-Hour Workweek” and other books. His blog is also super insightful. I try soaking up as much of his wisdom as I can. His podcast is especially strong because he bri... 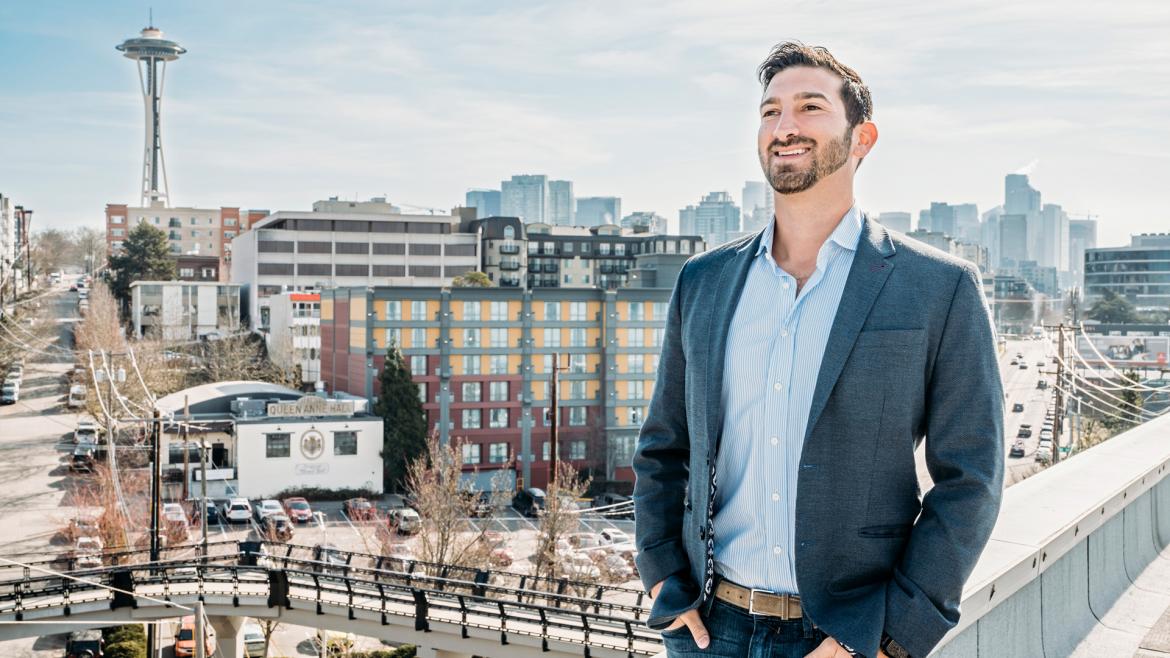 Tim Ferriss is the author of “The 4-Hour Workweek” and other books. His blog is also super insightful. I try soaking up as much of his wisdom as I can. His podcast is especially strong because he brings on fellow thought leaders to dive deep into topics such as sleep enhancement, modern diet and exercise, and much more. He focuses on creating a growth mindset. To scale our career and live our best lives, we should try to become 1% better every day. (I explored this idea in my book, “Career Hacking for Millennials.”)

Book: “The Greatest Salesman in the World” by Og Mandino

My dad gave this book to me when I graduated from ASU. It’s inspiring, motivating and it’s got a great way of laying out things you need to do to succeed. No matter what profession you’re going into, there’s an element of sales in what you’ll do. If you interview for a job or push for a raise, you’re “selling” yourself. If you build a team, you need to “sell” people on joining. This book is like a spiritual guide to life in the workplace, with really good actionable nuggets and advice on how to persist.

College taught you a lot, especially how to learn. Now you’re off to figure out your own path. That means developing vocational skills and putting them into play. Udemy teaches skills you need that often aren’t taught in college. For example, I learned how to create and run a search engine optimization strategy and how to run SEO marketing ads. These are very helpful skills in building a company. In fact, they’re two of the highest-paid consulting gigs in tech right now. Udemy has great practitioner-led education, so you get training from people who are implementing the skills in their own careers.

RELATED: 4 ways to skyrocket your career after ASU

Top photo by Inti St. Clair. Alum Max Altschuler is a founder of multiple startups during and after his time at ASU. Max is vice president of marketing for Outreach, a leading sales engagement platform, and author of three books. This article originally appeared in the summer 2019 issue of ASU Thrive magazine.