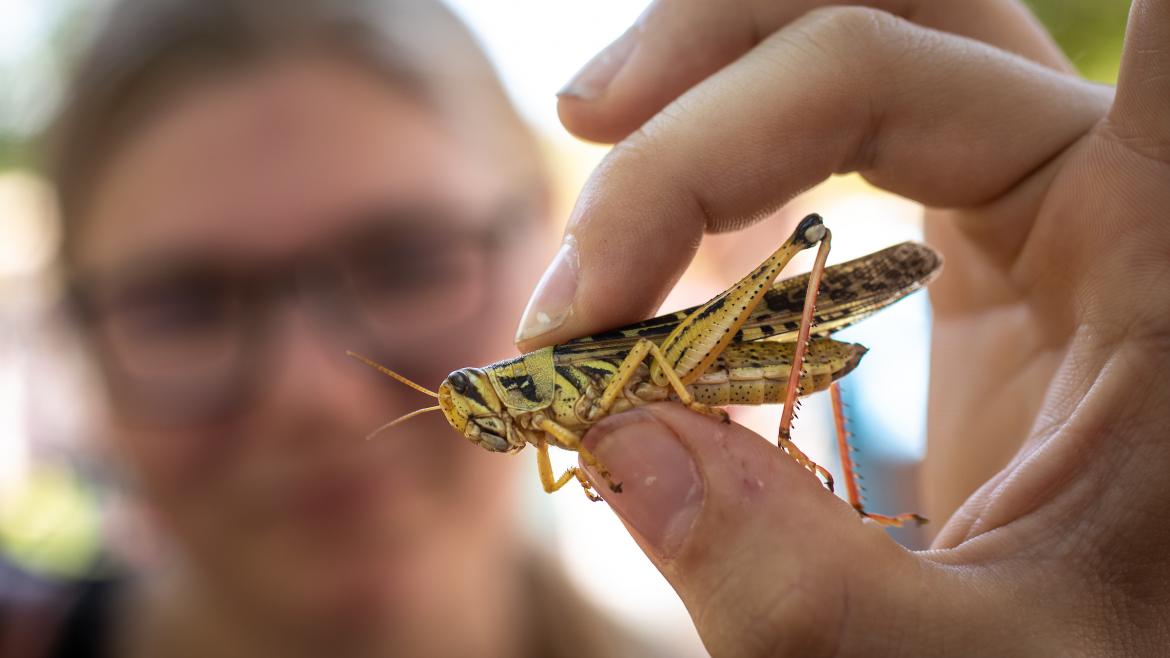 Solving a pest problem that's been plaguing us

During a plague year, locusts affect the livelihoods of one in 10 people and cover 20 percent of the earth’s land surfaces. In most of the world, they are one of the most destructive crop pests. From 2003–05, $450 million was spent to stop a desert locust plague in Africa that caused $2.5 billion in crop damage.

But an issue that size inevitably attracts the brightest problem-solvers.

Representatives from 12 countries gathered at Arizona State University this week for the inaugural meeting of the Global Locust Initiative, a new research and action program designed to help scientists, governments, agribusiness workers and farmers cope with locust plagues.

The initiative, a unit of the Julie Ann Wrigley Global Institute of Sustainability, combines lab science, fieldwork and data modeling to help reduce locust outbreaks and the effects of plagues.

The goal? The well-being of farm communities and global sustainability. It’s based on three pillars: facilitating research, creating a global network and developing on-the-ground solutions with local stakeholders.

“It’s a challenge all continents except Antarctica are dealing with,” said founding director Arianne Cease, an assistant professor in the School of Sustainability who studies locusts.

Video: In many parts of the world, locust swarms devastate crops and communities. Arianne Cease is trying to change that, and she talked about that in a recent KEDtalk.

A panel of experts from seven global regions kicked off the event.

Aliou Diongue from the World Food Programme in Senegal expressed his region's primary focus: the necessity of healthy crops.

In China, more than 1,000 species of grasshoppers and locusts pose a danger to crops including bamboo and rice. The nation struggles to control swarms like these, and Long Zhang of China Agricultural University was intent on prediction.

“How can we exactly forecast the big swarms?” he asked.

Australia deals with three native species, according to Chris Adriaansen, director of the Australian Plague Locust Commission, but in the U.S., “the North American locust is gone, essentially,” said Derek Woller of the USDA Animal and Plant Health Inspection Service. Woller noted that his unit deals with small outbreaks from 12 species.

The Global Locust Initiative is dedicated to fostering the knowledge transfer that will lead to new interventions that reduce the frequency and impacts of locust plagues. 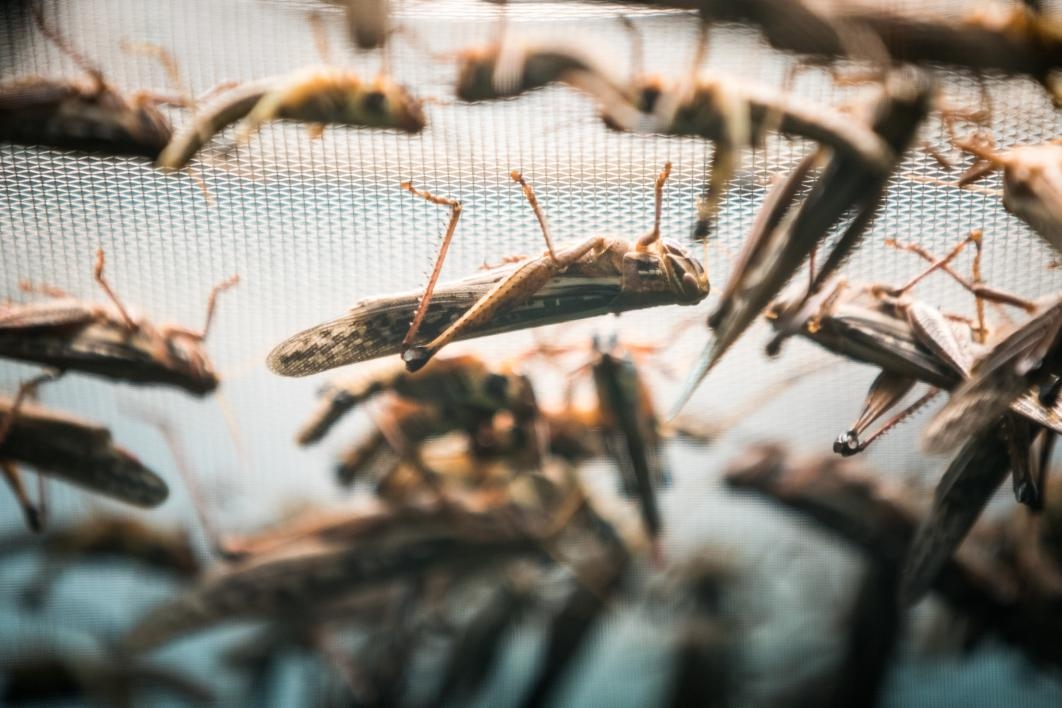 Month-old South American locusts flock near the heat lamp in one of the Cease Labs on the Tempe campus at ASU. 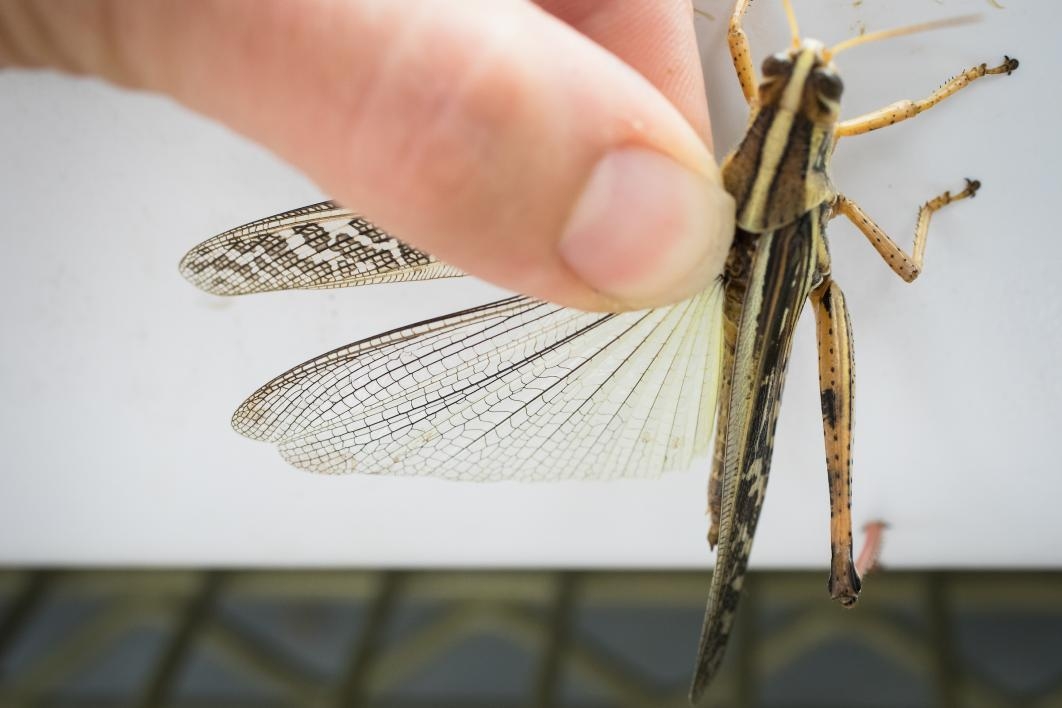 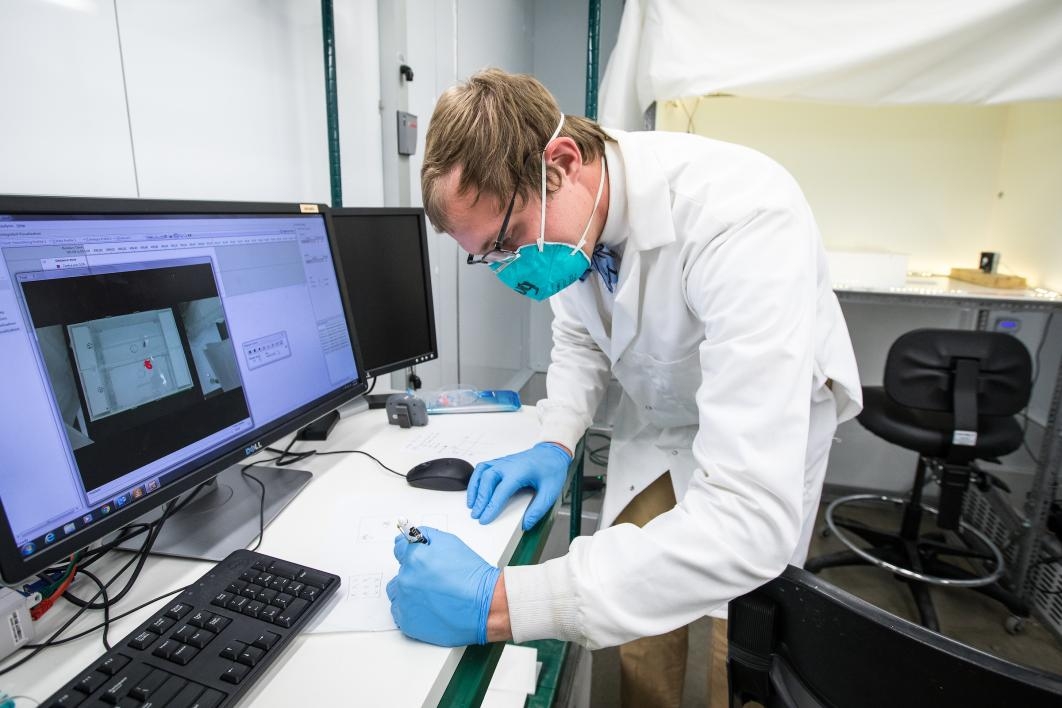 Doctoral student Douglas Lawton makes notes about a grasshopper's movement in the behavior arena, behind him. The studies involve the stimuli which causes grasshoppers to change from solitary individuals to swarm and cause devastation to crops around the world. 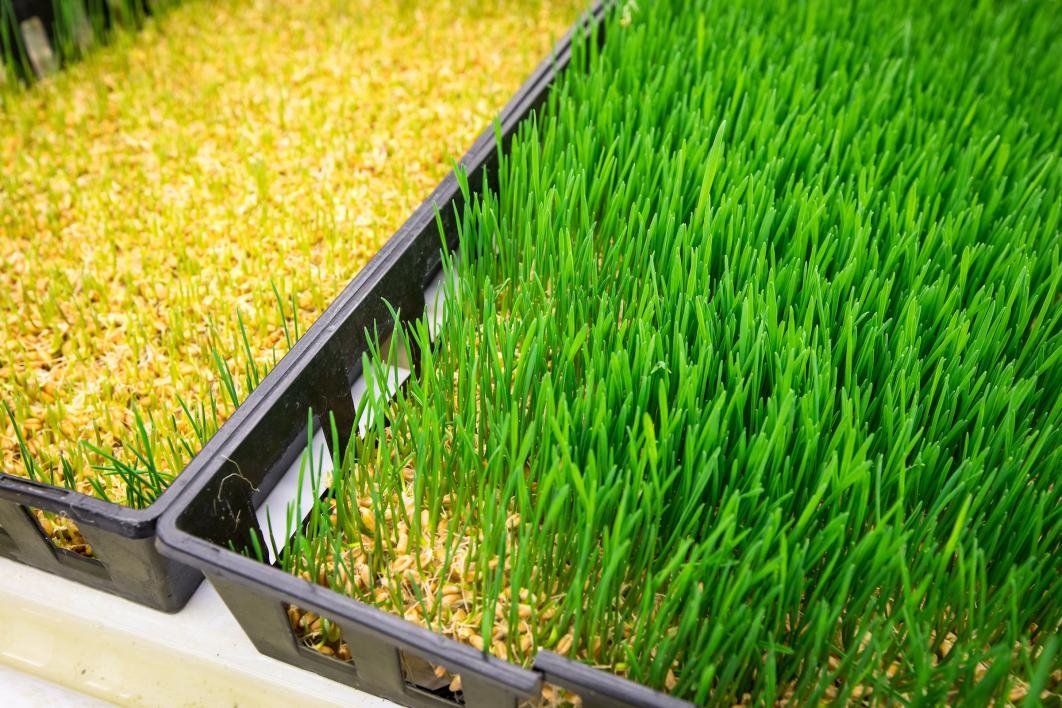 The grasshoppers in the lab consume a great quantity of wheat grass, leading the lab workers to progressively germinate and grow trays of the food source. 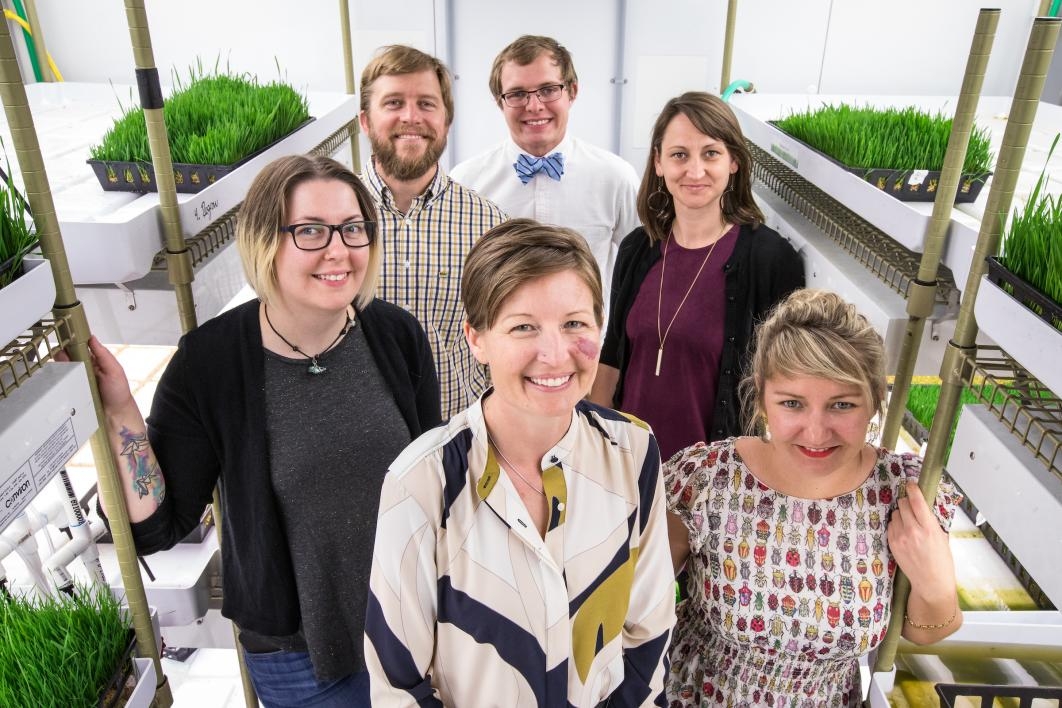 “We are here to learn from you,” said Maria Martha Cigliano of the National University of La Plata, Argentina, addressing the assembled group.

Researchers such as Cease and her team are looking to answer those questions, which may lead to better plague prevention for years to come.

“We’re in this for the long term,” Cease said.

More than just an issue of economic impact, the danger of locust plagues extends to basic human resources, making the initiative's goals all the more pressing.

Above photo: Braedon Kantola, a sustainability graduate student holds an Americana grasshopper at the launch of the Global Locust Initiative, outside Wrigley Hall on Thursday, April 12, 2018. The locust project, part of the Julie Ann Wrigley Global Institute of Sustainability, has as its goal to help address and lessen the destructive effects of locust plagues. Photo by Charlie Leight/ASU Now

SARATOGA, Calif. – The No. 6 Sun Devil Water Polo team picked up their first MPSF win of the season defeating No. 21 San Jose State, 10-6, Friday evening at the West Valley Aquatics Center located on the campus of West Valley College. ... SARATOGA, Calif. – The No. 6 Sun Devil Water Polo team picked up their first MPSF win of the season defeating No. 21 San Jose State, 10-6, Friday evening at the West Valley Aquatics Center located on the campus of West Valley College.