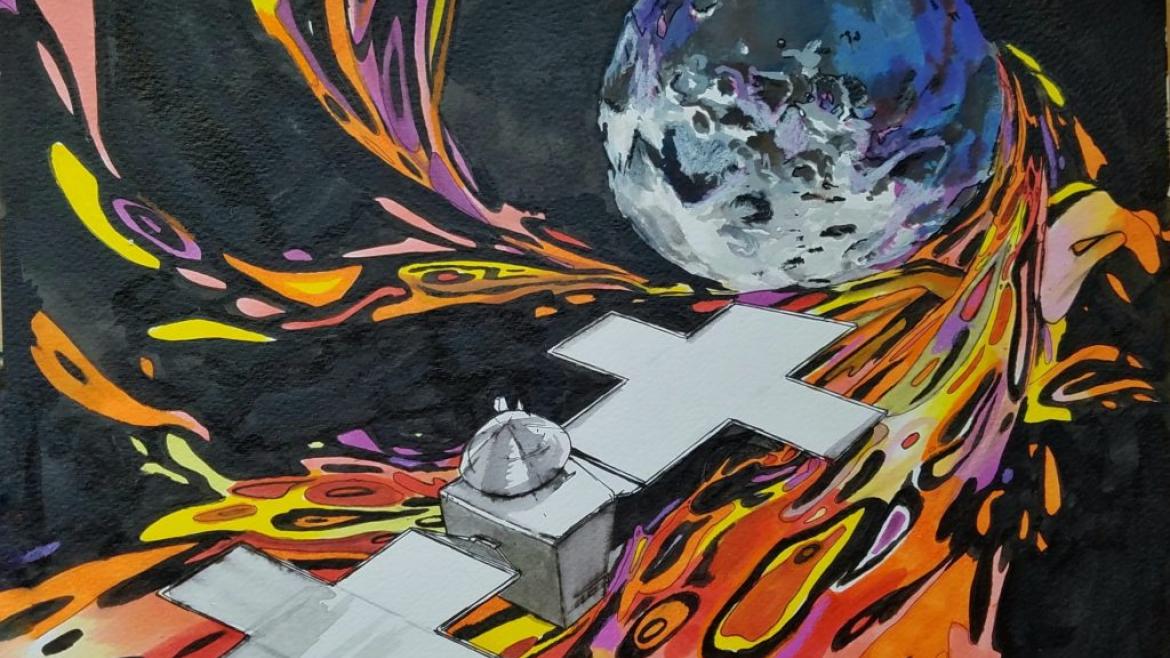 Four years after NASA was established, administrator James Webb was so inspired by a portrait of an astronaut, he ordered the creation of an agency art program. The idea was to capture the emotion of exploration so future generations could look back on what the agency achieved.

The NASA Art Program began by granting artists behind-the-scenes access to witness launches, suit-ups and meetings. Over the course of its decades-long history, the program hosted artists including Norman Rockwell, Robert Rauschenberg, Andy Warhol and Annie Leibowitz. It also expanded to depictions of other planets and outer space scenes.

While the program has been scaled back, its permanent collection numbers some 3,000 works. Now, that includes the creations of Arizona State University students inspired by the ASU-led NASA mission to a metal asteroid called Psyche. Their works will go on display on campus in early April.

Psyche, which orbits the sun between Mars and Jupiter, appears to be the exposed nickel-iron core of an early planet. It will be the first metal world ever explored.

But that won’t happen for a long time. The mission doesn’t launch until 2022, and it arrives at Psyche four years later. To keep the public engaged in the mission, NASA funded a program called Psyche Inspired. It brings college students from any discipline or major together to share the spirit of the mission with the public through art.

"Together, the two Psyches (the mission and the asteroid) provide a special opportunity for inspiring the public and encouraging people worldwide to dream, innovate, and explore in their own lives."

For the 2017–2018 academic year, Psyche Inspired is being piloted at ASU. Thirteen undergraduates from thirteen different majors — from electrical engineering to digital culture to painting — were competitively selected to participate in the inaugural class. 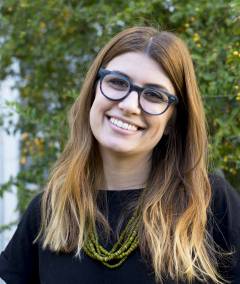 Caralie Cedarleaf is a senior majoring in sculpture.

“It was so cool I decided I wanted to do it,” Cedarleaf said about being invited to participate. She comes from a space background; her great-grandfather worked for NASA on semiconductor reliability for the Voyager missions.

“I realized I could make art about some of the things he made art about,” she said. She created a cast-iron sculpture called “Metal World” in the foundry at the School of Art.

“One day we may start mining in space and, in this future, it is possible that traditional foundries will still be making art by modeling in wax and burning it out before casting in iron and other metals from far away asteroids,” said Cedarleaf, in her artist's statement about the piece.

Because Psyche is largely nickel iron, “I thought it would be cool to make an iron landscape,” she said. She also made a pair of large acrylic posters.

“I think it means a lot because we are going so far into outer space to learn about the composition of our Earth,” she said. “It shows how important that research is. It proves how interested we are as humans that we would go so far to do research. It’s exciting … I love being a part of this mission even from this very secondary way of being involved.”

Would she go to space if she could?

“I definitely would. I don’t know that I would move to space if you couldn’t come back, but I’d definitely visit if possible.” 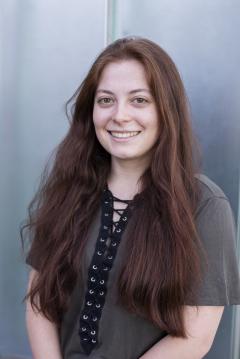 Brianna Orrill is a freshman majoring in astrobiology who enjoys art. She did two street drawings with chalk, a paper cut piece, and a haunting watercolor landscape. She used some metallic paint in the watercolor to bring out the asteroid’s composition.

“The piece is from the perspective of the spacecraft as it is coming over one side of the asteroid,” she said in her artist's statement.

Orrill wants to go into research after graduation, either in academia or with NASA. Lindy Elkins-Tanton, mission principal investigator and director of the School of Earth and Space Exploration, met with the student artists. “Follow your interests,” she told them.

“Meeting with Lindy has given us an inside look at how the whole thing works,” Orrill said.

Would she go into space?

“I can’t make up my mind on that,” Orrill said. “I’ve seen a lot of sci-fi movies where things go wrong and a lot of videos where rockets blow up.”

The group didn’t restrict themselves to the visual arts. Isaac Wisdom, a freshman double-majoring in music and electrical engineering (“I just knew I wanted to study both.”) composed three instrumental pieces.

Each reflects a different moment in Psyche’s story: “Ideas,” “Construction,” and “Journey.” The mission will have different emotional moments, he said. Listen to "Journey" here.

“The way I’ve approached it is to take it and break it down into chunks,” Wisdom said. “Each part of the mission will have its own feeling associated with it. … Ultimately I think music is emotionally based.” 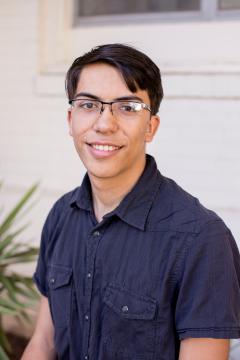 The first piece is called “Ideas.”

“It’s focused on when the team was coming up with the idea,” Wisdom said. It has an optimistic tone to it, with different instruments coming in and leaving, like a group of excited people tossing ideas around.

In “Journey,” the probe is on its way. “It’s more waiting, it’s more somber compared to the rest,” Wisdom said.

Would he go into space? Psyche acryclic pop art posters by Caralie Cedarleaf. The Psyche mission is possible today because of NASA’s work in the late '50s into the early '60s and '70s. Inspired by the Pop Art Movement that thrived during those decades, the Psyche posters celebrate that era of advancement. Details were cut from transparent acrylic; brightly colored solid pieces fit together with the detail pieces. 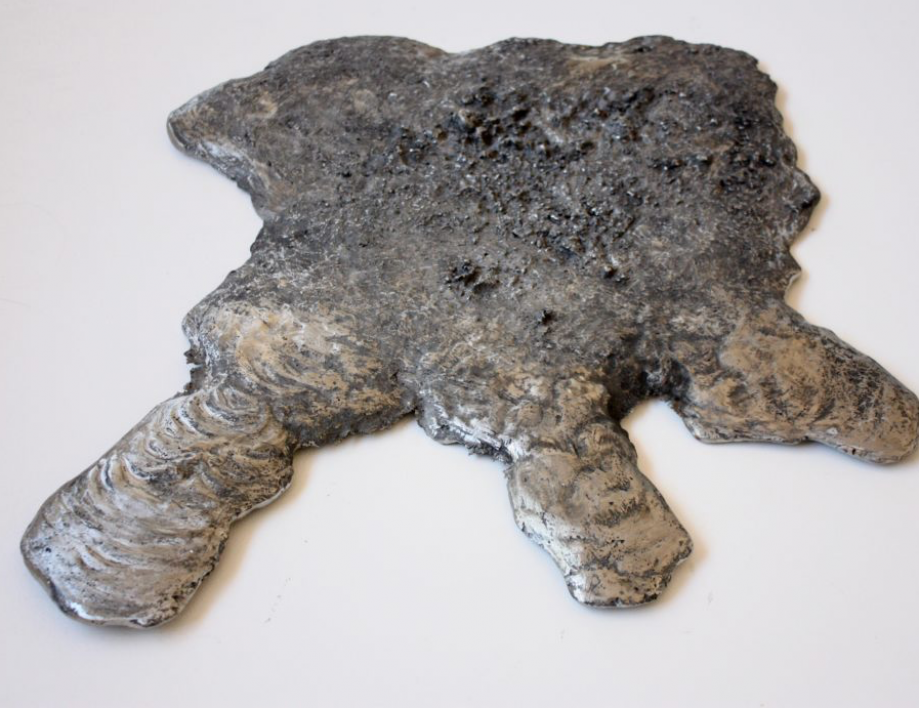 The sculpture, "Metal World," by Caralie Cedarleaf. This speculative iron landscape started as a layer of burn-out wax from the foundry at the School of Art at ASU. Wax that is burned out drops several feet onto a pool of water and is collected for reuse. The result is organic in shape and resembles aspects of planetary geology such as impact cratering and volcanism. 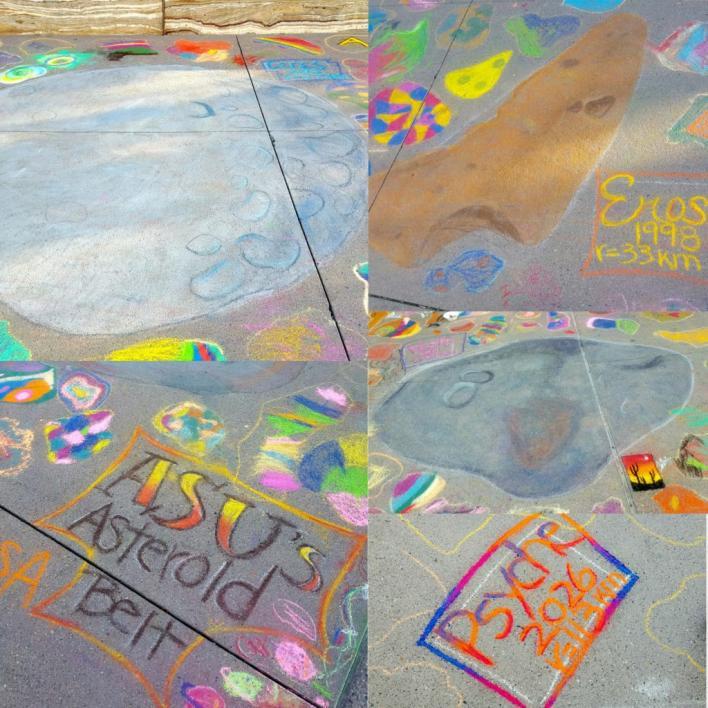 The chalk on concrete work, "The Asteroid Belt," by Brianna Orrill. She included three asteroids that humans have already visited, Eros, Vesta and Ceres, as well as Psyche, which will be visited in 2026. The public were welcome to fill in the smaller surrounding asteroids, creating an amazing mash up of imagination and creativity. 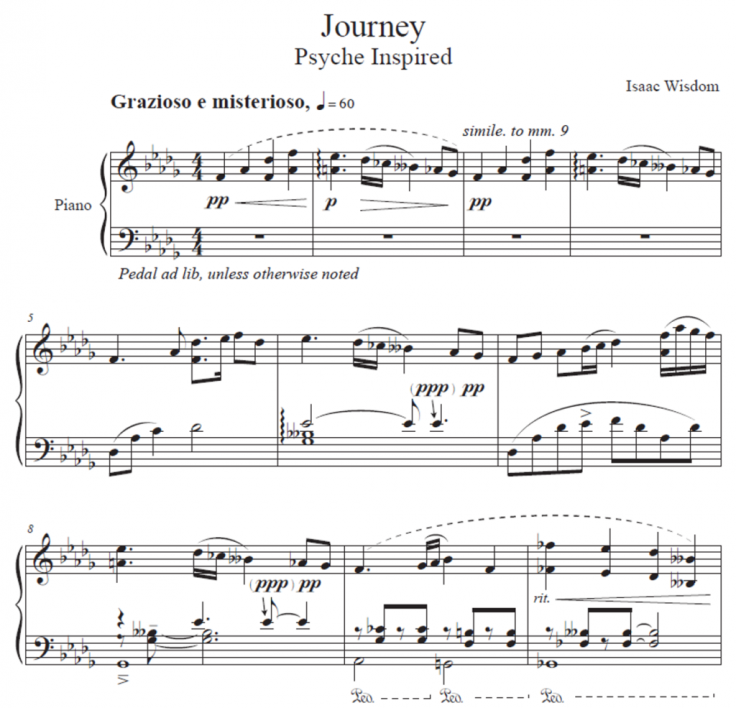 Sheet music from "Journey," a composition by Isaac Wisdom. His inspiration came from the balance between the solemn yet dignified solitude the spacecraft will experience and the knowledge that, ultimately, it is coming from a place of great knowledge and going somewhere to accomplish something greater. 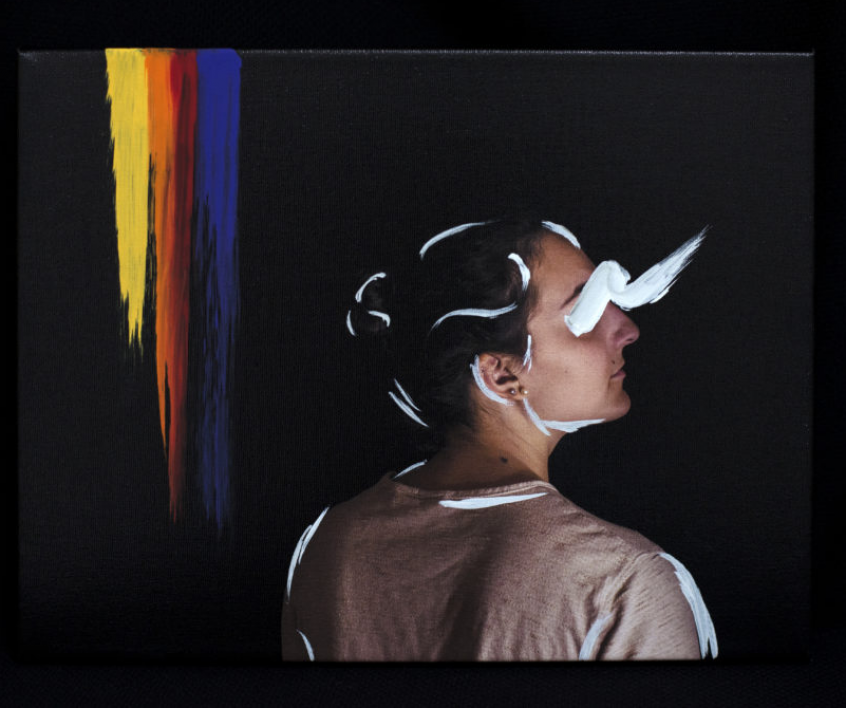 "Curious" by Abigail Weibel. Curiosity is the theme for this piece. The artist chose to position the model looking outwards and upwards. The color gray is representative of the unknown, black of space, and brighter colors of the new information we will gain through the Psyche mission.

“Absolutely,” he said. “If Elon Musk came up to me right now and said, ‘I want to send you to Mars and you’re never coming back,’ I wouldn’t hesitate.”

Catherine Bowman, an associate research professor in the School of Earth and Space Exploration, leads the art program.

“Together, the two Psyches (the mission and the asteroid) provide a special opportunity for inspiring the public and encouraging people worldwide to dream, innovate, and explore in their own lives,” Bowman said.

The opportunity will be extended beyond ASU for the 2018–2019 academic year.

The 13 Psyche Inspired participants created almost 40 original works, which may be seen in person through displays on the Tempe campus in ISTB-4 and in the Noble Library.

Additionally, the public is invited to view all of the works in ISTB-4’s Gallery of Exploration from 8 a.m. to 5 p.m., Monday through Friday, April 4–13. The Psyche Inspired Showcase opening will take place from 4:30-7:30 p.m. April 4. Each of the artists will be on hand to display their work and talk with visitors. Portions of the event will be live-streamed at https://asunow.asu.edu/asulive.

The show can also be seen online at https://psyche.asu.edu/get-involved/psyche-inspired/.

Top photo: The painting "Surreal Psyche" by Sofia Garcia. This work is inspired by the colors of the Psyche mission badge and the overall journey of the Psyche mission. This reflects all the people who have put in the time to push for the future of this mission. Photo courtesy Psyche Inspired.

'We monitor what goes down the drain'

Rolf Halden studies the impact of dangerous chemicals on human health. More specifically, Halden, director of the Center for Environmental Health Engineering at ASU’s Biodesign Institute, monitors sewage in hundreds of locations around the U.S. to measure the health of cities and their people — what he calls “urban metabolism.” In this episode of ASU Now’s “Thought Huddle” podcast, h... 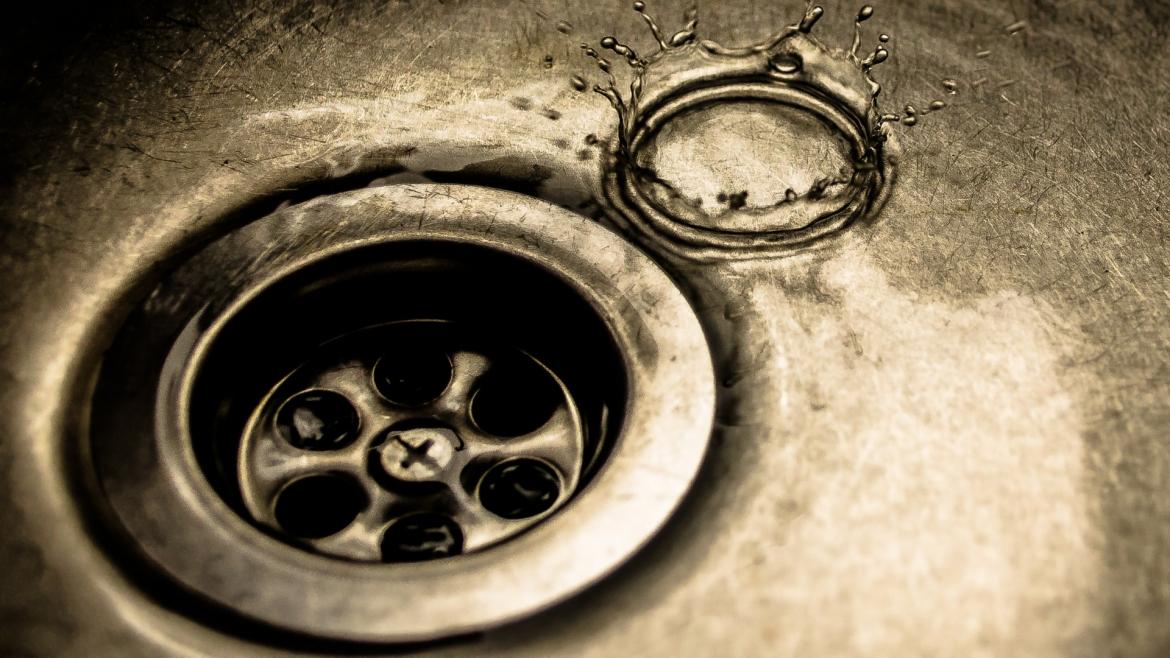 'We monitor what goes down the drain'

In 2nd episode of 'Thought Huddle' podcast, ASU researcher Rolf Halden dives into what sewage can tell us about public health

Rolf Halden studies the impact of dangerous chemicals on human health. More specifically, Halden, directorHalden is also a professor in the School for Sustainable Engineering and the Built Environment in the Ira A. Fulton Schools of Engineering and senior sustainability scientist in the Global Institute of Sustainability at ASU. of the Center for Environmental Health Engineering at ASU’s Biodesign Institute, monitors sewage in hundreds of locations around the U.S. to measure the health of cities and their people — what he calls “urban metabolism.”

In this episode of ASU Now’s “Thought Huddle” podcast, host Mary-Charlotte Domandi explores with Halden the scale and range of toxic chemicals observed in wastewater and their impact on human health, various approaches to deal with these chemicals, and how he and his teams are working to improve public health. The episode, “Yes, We Monitor What Goes Down the Drain,” offers an in-depth, one-on-one conversation on critical environmental health issues.

“The chemical and biological information that is contained in the wastewater, as ugly as it sounds, is actually very informative,” Halden said. “It can tell us what people are doing in the city, how many people are there, what the health issues are, what types of chemicals they get exposed to, and what types of bacteria might lurk in the city that endangers the health of the people.”