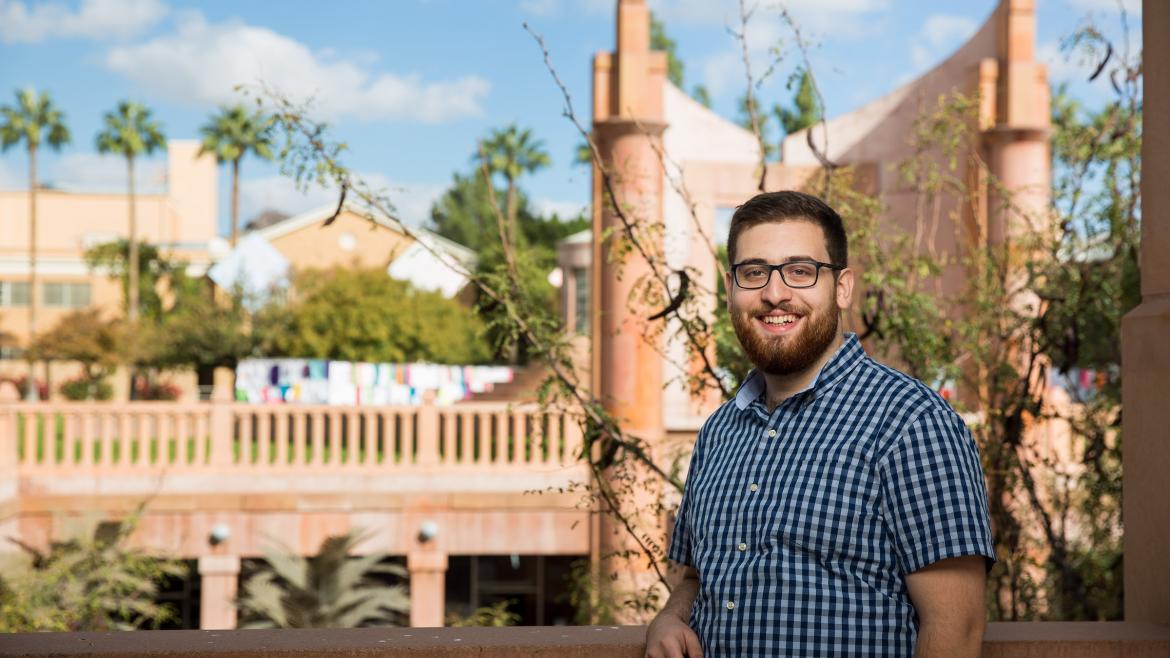 Arizona State University is expanding its global reach with a new partnership with Abdulla Al Ghurair Foundation for Education to provide higher education and preparation to students in 22 countries in the Arab world.

• Open Learning Scholars is a program for students to acquire master’s degrees from ASU Online, funded with an $11 million grant over three years.

• STEM Scholars is an opportunity for students to study for their master’s degree at ASU while also receiving mentorship and other support.

The foundation hopes the Al Ghurair OLS and STEM Scholars programs will build the next generation of leaders, according to Maysa Jalbout, the CEO of the Abdulla Al Ghurair Foundation for Education.

The Open Learning Scholars program’s partnership with ASU, launched this semester, will provide scholarships for 550 students in Arab countries to pursue master’s degrees through ASU Online. There is a total of 28 degree programs offered in engineering, education, health care, sustainable tourism and teaching English as a second language.

“The UAE has one of the most ambitious innovation and growth goals in the world,” Jalbout said. “The foundation is ready to invest in the education and skills of Emirati youth so that they can achieve those goals.”

The project started when ASU President Michael Crow met with the head of the foundation in Dubai several months ago.

“They realized there are a lot of common interests between the things the foundation is trying to do with college readiness and scholarships and what ASU wants to do,” said Lisa Flesher, director of strategic initiatives for EdPlus, the unit at ASU that creates technology and forges partnerships to develop new ways of teaching and learning.

Abdulla Al Ghurair, a businessman and philanthropist from Dubai, created the foundation that bears his name in 2015 to provide educational opportunities to 15,000 Arab youth over the next decade.

Jad Aboul Hosn is in the first group of foundation STEM Scholars to attend ASU, where he is enrolled in the computer engineering master’s program. He won the scholarship after graduating with a degree in computer and communication engineering from the American University of Beirut in Lebanon, where his professor recommended ASU.

“ASU is a very international university,” said Hosn, who joined the Lebanese Student Association and is working with them on a community service project to help redirect unused food to homeless people in Tempe.

Hosn was one of three foundation STEM Scholars to enroll at ASU in the fall, and he’s become good friends with the other two, who are from Tunisia and Egypt.

He especially likes the way engineering is taught at ASU.

“Here, it’s a chain of thoughts. We go over the wrong approach to see what they did wrong and then we go over the correct one. They teach us to think about it.”

The foundation is especially interested in fostering those critical-thinking skills in future engineers and scientists, so it is funding study in one of 28 master’s programs at ASU, including aerospace, biomedical, chemical and construction engineering, astrophysics, nanoscience, aviation management, education and health. The move is innovative because online education has not been embraced in certain countries the university is pursuing, according to Flesher.

“This is a huge step for the Abdulla Al Ghurair Foundation for Education to say, ‘We hope to shift that mindset,’” she said. “… [With ASU] there’s academic integrity and there’s validation to make sure you are who you say you are.”

The authorizing body for education in Dubai, the Knowledge and Human Development Authority (KHDA), has approved the 28 AGFE Open Learning Scholars online degree programs after a lengthy and detailed process, Flesher said.

ASU Online will begin acquiring authorization from the other 21 countries, a process Flesher compared with gaining accreditation in all 50 states when ASU Online launched.

Top photo: Computer engineering graduate student Jad Aboul Hosn poses for a portrait outside Hayden Library on Thursday Nov. 2, 2017 on the Tempe campus. Abdulla Al Ghurair Foundation for Education is working in partnership with ASU for the STEM scholars program of which Aboul Hosn is a recipient. Photo by Deanna Dent/ASU Now

The Arizona State University football program signed 11 student-athletes who will continue their athletic and academic pursuits with the Sun Devil Football Program, as announced by head coach Herm Edwards. ... The Arizona State University football program signed 11 student-athletes who will continue their athletic and academic pursuits with the Sun Devil Football Program, as announced by head coach Herm Edwards.