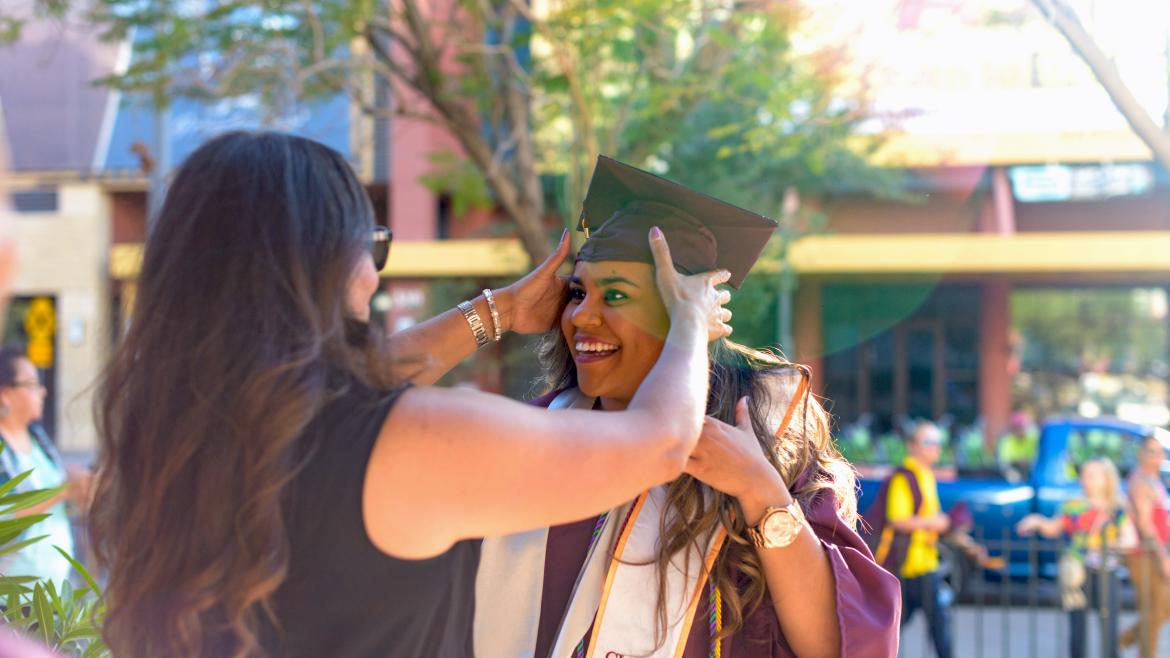 One last homework assignment: Get ready for ASU commencement

From the cap and gown to the ceremony, things to know for commencement. #asugrad
May 5, 2017

To the thousands of Sun Devils donning caps and gowns, here's how to make your way around the outfit and the ceremony

Congratulations! You've made it through your last final, you've ditched the dumpster and packed the car, and now all that's left is to celebrate your achievements.

Before you turn that tassel and toss your cap, there's time for one last cram session: how to wear your regalia and what to know about commencement. Don't worry; there won't be a pop quiz. Arizona State University just wants to make your day as smooth and enjoyable as possible. Brush up with these videos and then go enjoy your day in the spotlight — you've earned it!

How to prepare for ASU Commencement

How to wear your bachelor's cap and gown

How to wear your graduate cap and gown

Now get out there and show the world what a Sun Devil can do!

On the Venezuelan flag, yellow symbolizes the gold found in the land, while on the Ethiopian flag, yellow represents religious freedom and peace. The flag of Senegal includes a band of yellow, which stands for arts, literature and intellect.The same color symbolizes different virtues, but these flags will stand together Monday in the iconic “International Parade of Flags” at the graduation cer... 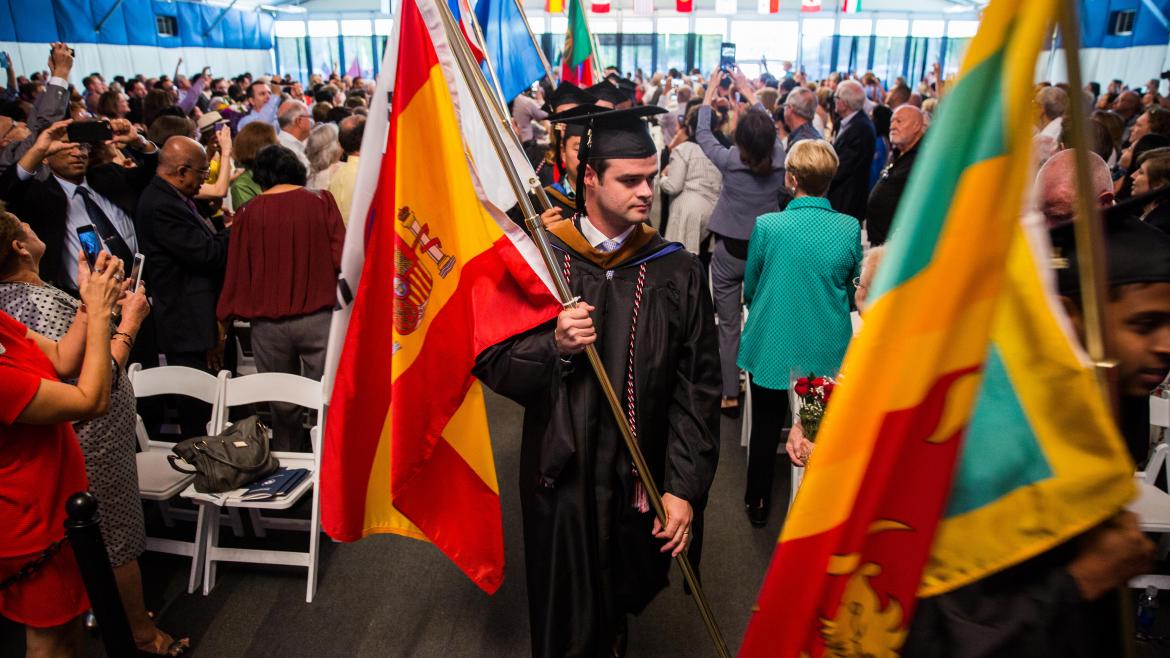 Thunderbird School of Global Management at ASU
Thunderbird graduates mark next chapter with International Parade of Flags.
May 5, 2017

On the Venezuelan flag, yellow symbolizes the gold found in the land, while on the Ethiopian flag, yellow represents religious freedom and peace. The flag of Senegal includes a band of yellow, which stands for arts, literature and intellect.

The same color symbolizes different virtues, but these flags will stand together Monday in the iconic “International Parade of Flags” at the graduation ceremonies of the Thunderbird School of Global Management in Glendale. The school will have 77 graduates.

This is the 40th anniversary of the tradition at Thunderbird, which became part of Arizona State University two years ago. At every commencement, several graduates carry the flags of their homeland or the country of their family’s origin. At Monday’s ceremony, 20 flagsThe countries represented by flag bearers will be Afghanistan, Belize, Brazil, China, Democratic Republic of Congo, El Salvador, Ethiopia, India, Indonesia, Lebanon, Mexico, Morocco, Poland, Romania, Senegal, Somalia, Thailand, Turkey, the United States and Venezuela. will be represented.

“It means a great deal to me, and it means I’ll be representing my family, my country and everyone in Senegal,” said Gabrielle Gueye, who is American and will carry the flag of her father’s country of birth.

Bisrat Kebede Bahta has been in the United States for more than 25 years, and he will carry the flag of Ethiopia.

“I was born in Ethiopia, and I love Ethiopia. I’m a naturalized U.S. citizen, and I love the United States. I love both countries,” Bahta said.

Thunderbird was started as an international business school in 1946 on the site of a World War II training base for pilots. Next week will mark the 70th anniversary of the first graduating class. Over the decades, the school has maintained its mission of teaching students to do business with a multicultural perspective.

The program is intense and fosters a unique bond among the students. The Thunderbird network of alumni has 170 chapters among 70 countries.

“Learning from all the cultures was very interesting. I feel like I’m more prepared than most people out there to actually work with other people and bring what I learned from other cultures into the working environment,” she said.

Dianzinda will carry the flag of her homeland, the Democratic Republic of the Congo.

“Even though my country has a lot of instability, I still feel connected,” she said.

Top photo: Graduates walk in the International Parade of Flags in 2016 at the Thunderbird School of Global Management in Glendale. Photo by Deanna Dent/ASU Now