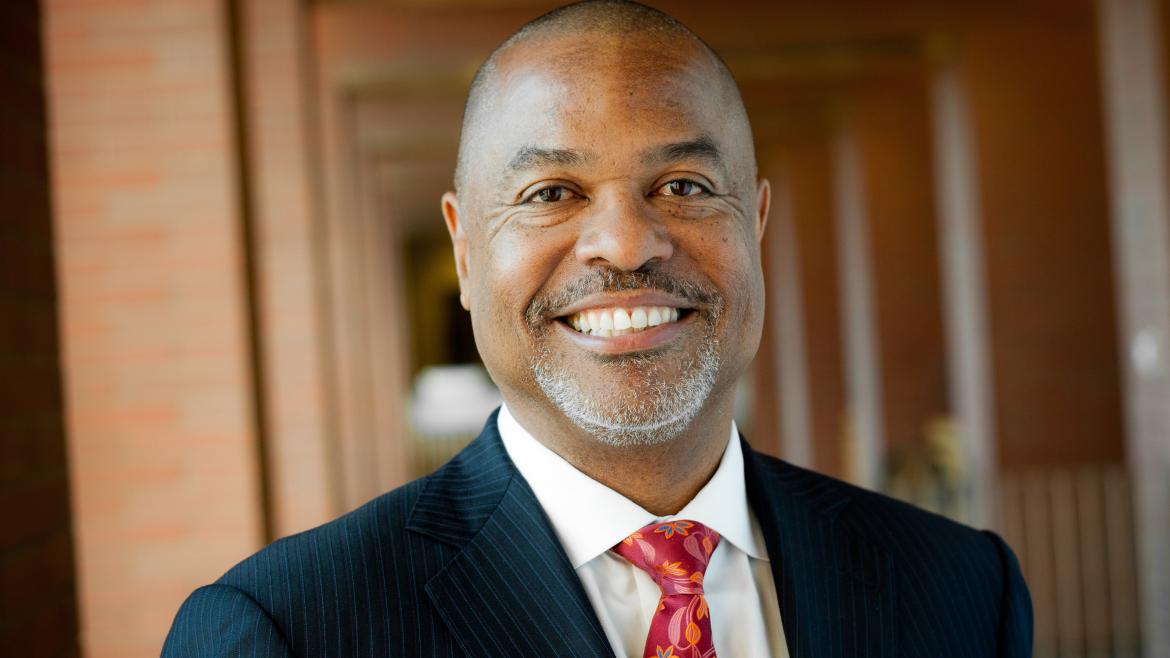 Kenneth L. Shropshire, an international expert in the intersection of sports, business, law and society and director of the Wharton Sports Business Initiative at the University of Pennsylvania, is joining Arizona State University to design and lead a new international sports center.

Shropshire, an author, attorney, consultant and professor at the Wharton School of Business and Department of Africana Studies for the past 30 years, is the founder and faculty director of the school’s sports business initiative and holder of the David W. Hauck Endowed Professorship. He will join ASU on July 1 and become a professor emeritus at Wharton.

The author of 12 books and co-host of a national sports business show on SiriusXM radio, Shropshire will become the first Adidas Distinguished Professor of Global Sport at ASU, a newly endowed faculty position created with a generous contribution from the global manufacturer of sports apparel and athletic equipment. Adidas, based in Germany, has more than 55,000 employees worldwide and $18 billion in annual sales.

At ASU, Shropshire will hold a joint faculty appointment at the W. P. Carey School of Business and the Walter Cronkite School of Journalism and Mass Communication, with affiliate faculty appointments at the Sandra Day O’Connor College of Law and the School of Social Transformation’s African and African American Studies program.

He will be charged with designing, building and leading a new global sport institute, which is expected to be launched later this year. Shropshire will be the center’s CEO.

“The role and impact of sports on the world is growing rapidly in both scale and complexity,” ASU President Michael M. Crow said. “Professor Shropshire and our exciting new sports center will be able to explore the many dimensions of sports and illuminate athletics’ impact and influences on all of us.”

“This innovative approach will use the unifying power of sport to make a positive impact in the world,” he said.

Shropshire was recruited to ASU by Ray Anderson, the former NFL executive who is ASU’s athletic director. Anderson and Shropshire are longtime friends who played on the Stanford University football team in the mid-1970s.

"I have known Ken since becoming teammates on the Stanford football team in 1973,” Anderson said. “His intelligence and tenacity for the tasks at hand have always been extraordinarily impressive. I have no doubt he will bring dynamic energy to this exciting initiative."

After earning an economics degree from Stanford, Shropshire enrolled in Columbia Law School, graduating in 1980.

He practiced law in Los Angeles and served for three years as an executive with the Los Angeles Olympic Organizing Committee before joining the Wharton faculty in 1986.

Shropshire is a member of the board of directors of Moelis & Company and the nonprofit boards of USA Volleyball and the Ross Initiative in Sports for Equality. He also is a former president of the Sports Lawyers Association.

“From podcasts and documentaries to hosting events globally, this presented an extraordinary opportunity to make the work going on in the academy more impactful by broadly disseminating it in journalistic form,” Shropshire said. “At this point in my career my focus is to make a difference with sport. I cannot wait to get underway.”

Sports play a central role in the Shropshire family. His wife, Dr. Diane Shropshire, a Philadelphia anesthesiologist, is a former collegiate and professional doubles tennis champion at Stanford; their daughter, Theresa, played varsity squash at Stanford University; and their son, Sam, is a three-time First Team All-Big Ten selection on the Northwestern University tennis team with plans to play professionally.

Cancer is often able to craftily outwit the best techniques modern medicine has developed to treat it. In an attempt to understand and combat cancer’s vaunted prowess, an unusual collaboration between physicists and a leading geneticist has cast new light on cancer as a biological phenomenon with very deep evolutionary roots.ASU Regents’ Professor Paul Davies and a team of international resear...

Cancer is often able to craftily outwit the best techniques modern medicine has developed to treat it. In an attempt to understand and combat cancer’s vaunted prowess, an unusual collaboration between physicists and a leading geneticist has cast new light on cancer as a biological phenomenon with very deep evolutionary roots.

ASU Regents’ Professor Paul Davies and a team of international researchers worked to trace the evolutionary history of cancer genes back to the dawn of multicellularity, over 1 billion years ago. Asking why these cancer genes evolved and what their functionality might be, the researchers hit on an astonishing link. Cancer cells deploy an ancient mechanism used by single-celled organisms to elevate their mutation rate in response to stress. This discovery explains one of the best-known hallmarks of cancer — its high mutation rate, which contributes to the rapid evolution of drug resistance. 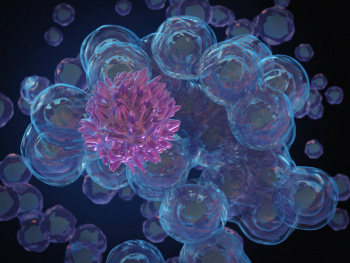 The new study examines the relative ages of human genes, including those implicated in cancer. The findings suggest that a propensity for rapid mutation — one of the hallmarks of cancer — may be ancient and deep-rooted. Graphic by Jason Drees for the Biodesign Institute Download Full Image

The research involves looking anew at the genetic control switches that allow complex life to flourish. Should such regulation become corrupted, cells may lose their cooperative properties and regress to the single-celled behavior common to much more ancient organisms. Such reversion to ancestral evolutionary traits is known as atavism.

Davies, who is also director of the Beyond Center for Fundamental Concepts in Science, worked with physicist Charles Lineweaver, of the Australian National University, geneticist Kimberly Bussey and biophysicist Luis Cisneros, of NantOmics, LLC on the research.

“Lineweaver and I have long argued that cancer is a type of throwback to a more primitive ancestral form but we lacked the hard evidence," Davies said. "Now Kim Bussey and Luis Cisneros, with the help of students Adam Orr and Milica Miočević, have painstakingly analyzed the evolutionary origins of a large collection of cancer genes and confirmed that one of cancer’s most distinctive and troublesome hallmarks is indeed extremely ancient and deep-rooted. It has sweeping implications for therapy.”

The new study, which appears April 25 in the open-access journal PLOS ONE, finds that mutational bursts surrounding double-stranded breaks in DNA are commonly seen in cancer. Further, such bursts are similar to those seen in single-celled organisms engaged in stress-induced mutation. In the case of cancer, the mutations appear to be spread across the genome, including older genes that are evolutionarily conserved and normally off limits to mutational events. The effect is to allow somatic cells to search ancient genome space for solutions to the stress-induced pressures they are experiencing.

As corresponding author Kimberly J. Bussey, principal scientist with NantOmics and adjunct faculty in the Department of Biomedical Informatics at Arizona State University, explains, a stress response that evolved to protect single-celled organisms from extinction may prove hazardous to a multicellular creature, should some event suddenly resuscitate it.

The results suggest that in cases of rapid resistance to therapy, the ability to generate regulated bursts of mutation may be at the core of this deadly disease.

“On the clinical side, I think this is really going to make us rethink what we mean by curing cancer. Maybe the goal isn’t curing but controlling,” Bussey said. “If this is a burst response, maybe there is a level of therapy with which we can impact the viability of the tumor cells but not actually induce the stress response.”

Such approaches have already made some inroads into clinical use. So-called metronomic therapy applies more frequent rounds of lower-dose treatment, while adaptive therapy seeks to pulse cancer treatments in order to stabilize rather than eradicate a tumor. These and other evolutionary approaches to treating cancer offer new hope in the war against a cunning and profoundly versatile foe.