Looking to the future by examining the past

Christopher Morehart, an assistant professor at the School of Human Evolution and Social Change, is studying how changes in climate and in political structure affect how local people interact with the environment — now with the support of the prestigious National Science Foundation (NSF).

The research under the NSF grant focuses specifically on the indigenous Mexican population from the Epiclassic to the Early Postclassic periods, or roughly 650-1200 CE. But this research is also part of a longer-term project, the Historical Ecology Project of the Northern Basin of Mexico, with an even broader scope. This larger study examines societies and landscapes both further into the past and up to the present. 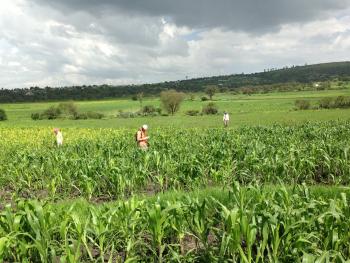 Morehart and his team survey, map and excavate various kinds of archaeological sites, including villages and political centers.

Their discoveries give them insight into how people responded to the political and ecological landscape. For example, they have documented fortified settlements on hilltops and human sacrificial offerings in a lake shrine, which might indicate regional conflict and competition over environmental resources. Morehart explained that figuring out how and why people made these decisions not only presents a fascinating challenge, but also gives their work importance.

The project’s territory is massive, covering over 200 square kilometers. To determine how the people living in this area adapted their land use to political and climatological change, Morehart’s project examines data at both a regional level and at the local level of communities and households.

“Understanding what affects people more, shifts in the natural or in the political environment, is critical to understanding how we adapt and respond to change,” Morehart said. “To study these questions requires a long-term perspective and a large study area. We are working in the lands of four municipalities in the Basin of Mexico, making this project the largest regional survey and excavation project in this area in decades.”

The project is large in more than just its physical scope — the research team also uses a sizeable number of different methodologies. In addition to archaeological survey and excavation, this project incorporates methods such as aerial photography, satellite imaging, geological and chemical soil characterization, analysis of artifact chemistry and a host of other specialized approaches (e.g. paleobotany, paleoethnobotany, zooarchaeology and bioarchaeology).

This project is also collaborative; researchers and students from the US and Mexico work together, combining their resources and knowledge. Throughout the research process, the involvement of and cooperation with community members, organizations, museums and local initiatives (such as community-directed ecological protection projects) are highly encouraged.

Morehart argues that though his research studies the past, it has significance for the present.

“This project is specifically trying to understand the different roles climate change and political transformations have on people and the landscapes they create. This is a pressing concern today since the stability of political and institutional relationships directly impacts the sustainability of social and ecological relationships and human livelihoods,” he stated.

Morehart has worked with ASU students on this project in the past and looks forward to including more students in his research in the future.

“This project offers excellent research opportunities for students to examine different aspects of this region’s landscapes, settlements and history, as well as to collaborate with scientists and students from Mexico. ASU students have been involved with survey, mapping and analysis. The project has the space and resources to support engaged students interested in conducting research for theses and dissertations,” he said.

Mechell Frazier, a graduate archaeology student at ASU, enjoyed her experience participating in Morehart’s project. She and the team of researchers with her did systematic surveys of Epiclassic sites and spent most of their time mapping the site Los Mogotes, which had last been surveyed in the '70s. 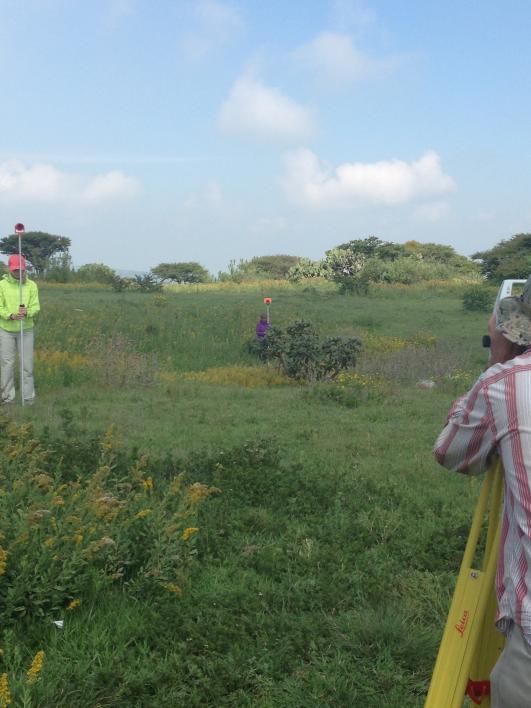 Frazier described how the team mapped each individual structure and feature at Los Mogotes (for example, a temple, trash pit or wall) by recording the topographic information of that structure into a high-tech computer called a total station.

“In all, we recorded over 600 [topographical] points, which is quite a bit considering how spread out the site was,” Frazier said.

The team then uploaded those points into software called ArcMap, which helped them create a 3-D map of the site.

“Additionally, we conducted systematic surface collections to get an idea of the different types of activities taking place at the site, such as the manufacture of goods like obsidian or pottery,” she said.

Frazier stated that one of the most meaningful aspects of the trip was forming friendships with her fellow researchers, both from ASU and Mexico. In addition, she believes that her time spent working on the project gave her new insight into this area of study and offered her valuable career experience.

“The knowledge I gained from visiting and interacting with the sites is immeasurable. It also introduced me to the idea of political ecology, and how these concepts and frameworks structure society, both in the past and present,” she said.

Morehart encourages prospective and current graduate students who are interested in studying the historical ecology of Mexico to contact him.

Morehart is an environmental anthropologist, an ethnobotanist, a paleoethnobotanist and an archaeologist. His diverse academic background and interests allow him to tackle social questions, such as what affects a population’s relationship with the environment over time, by using a varied approach that incorporates multiple viewpoints. He was recently given the honor of writing the annual archaeology review that summarized the state of the field and current research for the flagship journal of anthropology, American Anthropologist.

Andrew Leckey, president of the Donald W. Reynolds National Center for Business Journalism at Arizona State University’s Walter Cronkite School of Journalism and Mass Communication, has been named a Fulbright Specialist to Uganda.Leckey, who also is chair in business journalism at the Cronkite School, will travel to Makerere University in Kampala, Uganda, in March 2016, where for two weeks he wi...

Andrew Leckey, president of the Donald W. Reynolds National Center for Business Journalism at Arizona State University’s Walter Cronkite School of Journalism and Mass Communication, has been named a Fulbright Specialist to Uganda. 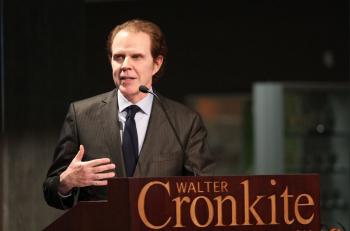 Andrew Leckey, president of the Donald W. Reynolds National Center for Business Journalism at ASU, has been named a Fulbright Specialist to Uganda. Download Full Image

Fulbright Specialist is a program of the Fulbright Foreign Scholarship Board, U.S. State Department’s Bureau of Education and Cultural Affairs and the Council for International Exchange of Scholars.

“The main objective of the project is to nurture a generation of Ugandan journalists with an acute sense for business journalism,” William Tayeeba of Makerere University, wrote in his proposal to host Leckey that ultimately led to the grant. “Professor Leckey will be instrumental in sharing experience of creating and maintaining a chair in business journalism at Makerere University.”

Leckey was a Fulbright Scholar at Sun Yat-sen University in Guangzhou, China, in 2014 and is a member of the board of directors of the Arizona Chapter of the Fulbright Association.

He has a track record with outstanding Ugandan journalists at the Cronkite School. His former business journalism student Elvina Nawaguna in the Cronkite Master of Mass Communication degree received first place in the “Best in Business” student reporting competition of the Society of American Business Editors and Writers.

Serving as a mentor in the Hubert H. Humphrey Fellowship Program for visiting foreign journalists at the Cronkite School, Leckey last year met fellow Tabu Butagira, chief news reporter for Uganda’s Daily Monitor newspaper. Butagira was instrumental in helping to bring Leckey to Makerere University, the country’s largest university, from which both he and Nawaguna graduated.

“I’m grateful to both the Fulbright Scholar Program and Makerere University for this opportunity,” said Leckey. “Uganda’s agriculture, mining and petroleum industries, as well as its citizens’ ongoing concerns about investment and inflation, make it an outstanding center for quality growth in business journalism.”

The grant states that Leckey will present lectures at graduate and undergraduate levels; take part in specialized academic programs and conferences; consult with administrators and instructors on faculty development; and advise on initiating a chair in business journalism. The grant also encourages a longer-term relationship between Markerere University and ASU's Cronkite School.

Other Cronkite School faculty members who have participated in the program include Steve Doig, Cronkite’s Knight Chair in Journalism, who spent four months in Portugal as a Fulbright Distinguished Chair; and Bill Silcock, a two-time Fulbright Scholar who has conducted research in Sweden and Ireland.