This week, there have been more than 2,500 posts on Craigslist related to Arizona State University.

About 320 of those posts were regarding football tickets. There were 59 bicycles for sale. Six offers to design web pages. And at least one person looking to sell a Barbie doll dressed like an ASU cheerleader. 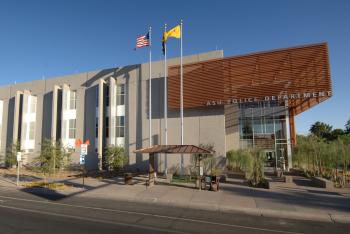 The ASU Police Department on the Tempe campus is providing an Online Exchange Zone in the lobby of the building at 325 E. Apache Blvd. Photo by: Arizona State University Download Full Image

Let’s say that you can’t live without the doll. You want to buy it, but don’t want to drive to a stranger’s house to complete the deal.

Now that transaction can be done in a safe place on the ASU campus.

The ASU Police Department has set up an “Online Exchange Zone” area in its lobby for students, faculty and others affiliated with the university to complete sales that are initiated through websites such as Craigslist. Either the buyer or the seller needs to be affiliated with ASU.

The zone, to the right of the lobby entrance to the ASU police station at 325 E. Apache Blvd. in Tempe, will be available while the lobby is under surveillance, from 8 a.m. to 5 p.m. Mondays through Fridays.

Police officers will not screen items or supervise trades. And university policy bans the exchange of weapons, drugs or stolen property.

An “Online Exchange Zone” log is available at the front desk. Sellers and buyers are required to provide an ASU ID number, names and phone numbers for both buyer and seller, date, time and items being sold.

Four visitor-parking stalls on the east side of the building are available for people using the exchange zone, and are under video surveillance.

ASU Police urges buyers and sellers to skip the sale if one person does not want to conduct the trade at the “Online Exchange Zone.”

Chief Michael Thompson said that safety is the top priority of the department.

“The Online Exchange Zone is one more way to allow our community to conduct business in a safe environment for the seller and the buyer to ensure the transaction is legitimate and where all parties feel comfortable,” he said.

Even if you just want to get that Barbie doll.

Zak Ringelstein didn’t set out to be an entrepreneur or a teacher. He wanted to be a doctor.But during his time at Columbia University the co-founder of UClass and member of Forbes’ 2015 "30 Under 30" list of influential names in education, volunteered as a tutor and found that he enjoyed helping kids learn.“I started realizing that if a student learns to be healthy, then education is a root... 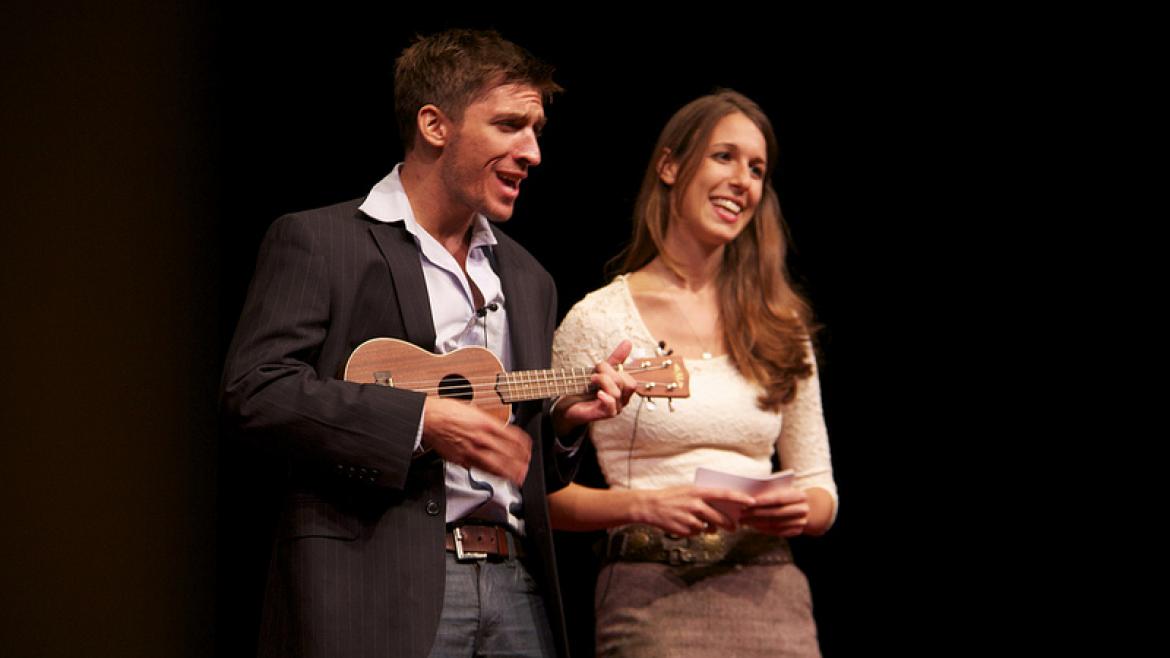 Zak Ringelstein didn’t set out to be an entrepreneur or a teacher. He wanted to be a doctor.

But during his time at Columbia University the co-founder of UClass and member of Forbes’ 2015 "30 Under 30" list of influential names in education, volunteered as a tutor and found that he enjoyed helping kids learn.

“I started realizing that if a student learns to be healthy, then education is a root of all social healing,” Ringelstein said. “I started to see that excellent education — teaching skills like creativity, manners and character — ultimately has the power to shape the mindset and attitudes of students so that they can be successful and live healthy happy lives.”

After earning his bachelor's from Columbia Ringelstein, he applied to Teach for America (TFA), an organization that enlists college graduates to teach in low-income communities around the country. Ringelstein chose Phoenix, because he was interested in Mexican immigrant culture and had heard positive things about Arizona State University’s Mary Lou Fulton Teachers College, which allows Phoenix TFA corps members to work toward a master’s degree.

On Wednesday, Ringelstein will return to the Teachers College to talk to students about the importance of teachers. The 7 p.m. event is open to Mary Lou Fulton undergraduates.

“While it was stressful it was also incredibly valuable to be able to immediately implement what we were learning and to be able to go to class and talk about what had happened that day,” Ringelstein said. “Our professors helped calm us down when we got overwhelmed and kept us focused on what mattered most — doing the best we could for our students in any given situation.”

Ringelstein met his wife Leah during his time in Phoenix and when their two year program was finished the couple moved to Baltimore, where he had been admitted into Johns Hopkins University medical school.

The man who had long wanted to be a doctor was on his way toward the goal. But Ringelstein couldn’t shake the feeling that teaching was what he was supposed to be doing. So he left Baltimore and returned to Phoenix for a third year of teaching before another year teaching abroad in Tanzania.

As he gained more classroom experience, Ringelstein grew frustrated by what he saw as a huge disparity between the resources available from one classroom to another — whether they were down the hall, across the district or world from one another.

“When great resources are available, a classroom can really come to life,” Ringelstein said. “Without them, you’re facing an uphill battle where what you can provide your students is limited by what you yourself can produce.”

Ringelstein realized that that there was a major need for a more open and collaborative teaching environment, and foresaw that there was going to be a huge shift toward digital content. So in 2012, Zak, Leah and two friends started UClass.

“We envisioned a world where teachers and students weren’t boxed in by the walls of their classrooms but were free to explore the outer world and test the limits of their own creativity.”

The cloud-based system allows educators to gather resources from a variety of sources and tag each resource with metadata that identifies how it might be applied. For example, a teacher can tag a piece of instructional content as “common core — critical thinking” or “algebra — quadratic equations" and share it with colleagues within the district. These resources can be aligned to student performance goals so that teachers can see which resources are the most effective for students with particular needs and gaps.

By 2014 UClass claimed a presence in more than 5,000 schools — including districts in Marin County, California, and charter school networks ­­– and had raised $1 million in seed funding. Earlier this year, Renaissance Learning, a leader in K-12 assessment, acquired UClass.

Although Ringelstein has enjoyed success as an entrepreneur, he intends to return to the classroom someday.  “I love teaching and I will be a teacher again. I left the classroom because I saw a need and a business was the way to accomplish that need at the time.”

At the end of the day, Ringelstein notes, teaching and entrepreneurship have more in common than people might initially suppose. Neither activity suits people who require predictability and dislike surprises. Both require enormous perseverance. “You have to be someone who is ready to look at a challenge as big as a mountain and decide that you’re going to get over that mountain no matter what.”