Traveling is easy; writing about it is not

Dan Fellner checked those popular European cities off his list a long time ago. Now, his checklist reads more like this: 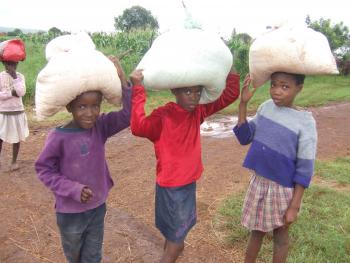 Those rather out-of-the-way cities (at least for most Americans) are in Belarus, Greenland and Swaziland.

Fellner, a faculty associate at ASU’s Polytechnic campus, has written about these places and many more exotic locales.  He loves to travel, and he loves to write, so it’s only natural that he would pursue both passions and become a travel writer. “It seemed a perfect fit,” he said.

Fellner also teaches a class on travel writing (ENG 379) in the School of Letters and Sciences at Polytechnic, sharing his knowledge with students of how to write a vivid and engaging travel story – and perhaps even make a little money in the process.

(“It’s not a good way to make a lot of money,” conceded Arizona Republic travel editor Jill Cassidy, who speaks to Fellner’s class each semester.)

Fellner has always loved to travel, but it wasn’t until he moved back to Arizona in 1998, leaving a corporate communications job with the Dow Chemical Co. to teach at ASU and do public relations consulting, that he started to pursue his dream of travel writing. He had his first travel story – about New Zealand – published in 1999 in the East Valley Tribune and has since had more than 40 travel stories published in a variety of newspapers and magazines.

He grew up in Phoenix, earned a bachelor’s degree in broadcasting from ASU and a master's degree in journalism from The Ohio State University and started his career as a television news and sports reporter for stations in four American cities.

Since he moved back to Arizona in 1998, Fellner has received four Fulbright grants to Eastern Europe, two as a Fulbright Scholar and two as a Fulbright Senior Specialist. During his grants, he taught courses in journalism and public relations at universities in Latvia, Lithuania and Moldova and provided training to media professionals in those countries.

He also taught one-week intensive courses in public relations at the Fulbright International Summer Institute in Bulgaria in 2008 and 2009, and is a faculty affiliate with ASU’s Melikian Center for Russian, Eurasian and East European Studies.  He was recently named to the Road Scholars Speakers Bureau of the Arizona Humanities Council and gives presentations about Eastern Europe to audiences throughout Arizona.

Even before his Fulbrights, Fellner became fascinated with Eastern European countries. “In 1991, I visited Albania when its Communist government was in the process of collapsing,” Fellner said. “I could see pro-Democracy rallies outside my hotel window.  It was a fascinating time to be there.”

He also has been to Cambodia, Vietnam, Greenland, Egypt, Croatia, Bulgaria, Moorea, Nicaragua, Northern Ireland, Romania, Serbia, Mozambique, the Republic of Srpksa, Transnistria, Ukraine, Kosovo, El Salvador and many more countries. In fact, Fellner is a member of the Travelers’ Century Club, an organization for travelers who have visited at least 100 countries.

“I’m up to about 110,” Fellner said. “But the world is a large place and there are still so many other places I want to visit.”

Some of the places Fellner travels are off the normal tourist circuit, and some are far off. “I enjoy the uncertainty, the challenge and the adventure of going to exotic and less-touristy destinations,” he said.

Anyone who has ever written a travel story knows that even if it’s a vacation, there’s work to be done. Facts and figures must be noted, photo details recorded, that “ah-ha” moment captured in the diary.

Fellner doesn’t obsess over the extra work involved in researching and writing while traveling. “I don't really consider travel writing to be work, as I enjoy it so much,” he said. “I'm not the type who likes to plop myself down on a beach and read all day. I much prefer sightseeing, taking pictures and talking to the locals – all of which are important ingredients in putting together a travel story.

“I always carry around a small notebook in my back pocket and when I see something interesting or unusual, I pull it out and write down my observations. It's become second-nature to me.”

In his travel-writing class at Polytechnic, Fellner covers the history of travel writing, the seven myths of being a travel writer, developing story angles, interviewing techniques, writing story leads, travel journalism on TV, writing for the Web and multimedia, travel photography and how to get published.

The class text is “Lonely Planet’s Guide to Travel Writing,” and the goal is for students to get a travel story published.

“For a final project, the students have to visit a travel destination on their own and write up a story and include photos. Most do Arizona destinations, although we've had stories from Boston, Tennessee and California. One of my students this semester just took a trip to Chicago and will be writing about a festival there,” Fellner said.

One of his students from last year, Evelyn Hendrix, recently had a story about a children’s program at the Musical Instrument Museum published in the September issue of “Raising Arizona Kids” that she originally wrote for Fellner’s class as her final project.

Fellner can teach the class the rules and styles for travel writing, but how does he teach them to find the real stories, and tell them with passion? Can this art even be taught?

“One of the most difficult parts of travel writing is figuring out what exactly to write about,” Fellner said. “I try to teach my students that a destination in and of itself – whether it be Paris, New York City or the Grand Canyon – is NOT the story.

“Instead, we need to find a unique angle or hook on which to focus. In other words, the best travel writing is different and fresh – perhaps an unusual or unique experience at the destination that had a meaningful impact on the writer – something that hasn’t already been written about a thousand times. We spend a lot of time in the class discussing this, particularly in the beginning part of the semester.”

So where will Fellner be going next? He leaves for the Caribbean in December and will be writing about St. Lucia and Barbados. He has a magazine assignment to write about Thailand next year and while in Southeast Asia, also hopes to visit Myanmar and Laos. He never worries about “travel writer burnout,” he said, noting that “my trips are spread out because of my teaching schedule, and I’m never gone too long. I like to have two or three trips in the hopper. You never run out of places to go.”

Three ASU professors paid a visit to Turkey to launch a long-term project to share expertise in early childhood education.

“At Teachers College we are accustomed to working in partnership with school districts, government agencies and nonprofit organizations in Arizona,” said Mari Koerner, the college’s dean. “This initiative represents an exciting opportunity to extend the scope of our partnership activities to a new level.” 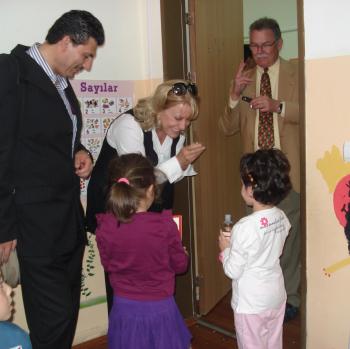 The project is funded by a gift to ASU from Hal Tashman, executive chairman of the Turkish Philanthropy Funds, who is committed to helping enhance the quality of early childhood education programs in his home country.

“The initial trip by Teachers College faculty was exceedingly well-planned, and much work was covered toward the desired outcomes,” Tashman said. “I am very thankful to the ASU team and the support from Dean Koerner.”

The faculty members who made the trip, Mehmet “Dali” Öztürk, Cory Hansen and Michael Kelley, are experienced educators and researchers. Öztürk is assistant dean and assistant research professor in Teachers College, while Hansen and Kelley are associate professors in the college.

During their trip, the three spent time in Istanbul and Bolu, a city in the northwestern region of Turkey approximately 160 miles from Istanbul. Their primary purpose was to explore the opportunity to establish a partnership with Abant İzzet Baysal University (AIBU) and the Preschool Education Application and Research Centre (PEARC) in Bolu.

In addition to meeting with key individuals and hosting a seminar at AIBU and visiting PEARC, the ASU professors met with faculty at Bosphorus University in Istanbul. They learned of the importance of a neighborhood and community-based approach to early childhood education in Turkey. They also met with professor Cigdem Kagitcibasi, the lead researcher for a seminal 30-year longitudinal study on early intervention for mothers and at-risk children in Turkey.

“This line of empirical research provided support for developing university-level early childhood teacher education programming and evidence for the need for more preschool education opportunities for young Turkish children,” Öztürk said. “It was due to this research that a highly effective non-governmental organization, the Mother and Child Education Foundation, was founded in 1993 to provide parent education training for mothers and fathers of young children.”

In 2010, primary education became a provincial priority in Turkey. Since then, 27 provinces have been added to the list. The focus so far is on children who are five years old. The government wants the first phase of initial coverage to be for that kindergarten year. Programs for three- and four-year-olds are forthcoming.

This new emphasis on early childhood instruction has had a major impact on the education system, Hansen said. “Literally, there is not enough space for the required classrooms,” she said. “In some places classes are offered in rented apartments. The Ministry of Education is promoting the benefits of early childhood education, but it has been difficult to follow through with updated, relevant curricula, enough teachers, and the space to provide services.”

The Teachers College professors also learned of significant differences between Turkey’s education system and that in the United States. Teachers in primary and secondary schools are not hired by principals; instead they are placed in schools by the national Ministry of Education. And the ability to attend college is limited.

“Students in Turkey have to score high on a standardized test to be eligible to attend university,” Hansen said. “Students actually compete for seats in classrooms. Therefore, if a student does not score high enough, he or she has that door of opportunity closed.”

One of Tashman’s goals is for the project to help increase the number of new teachers in Turkey. “Not until recently has there been a focus on quality and training in teacher preparation,” Öztürk said.

Öztürk, Hansen and Kelley identified an evolving model of collaboration among the PEARC preschool, AIBU and the Ministry of Education in Bolu that could serve as a basis of a national model with ASU as a partner.

“The PEARC provides substantial opportunity for student practicum and student teaching experiences,” Kelley said. “AIBU faculty in early childhood education can design and conduct research on child learning and parent education. We hope that our partnership efforts can lead to some reform at the central ministry to allow AIBU and PEARC to grow a pipeline of their own preschool teachers who live in Bolu to teach in their schools.”

The next significant step in the project is expected to take place next spring, when AIBU leadership will visit Arizona to continue work on developing a model partnership based on educational innovation.

“This effort is a fine example of ASU's commitment to global engagement often expressed by President Michael Crow,” Tashman said. “It also is helping me realize a dream to positively impact early childhood education in Turkey.”