Theater graduate is 'force for good' in community

Nothing just happens because. Everything has a purpose.

That’s what Marcelino Quiñonez believes, and looking at the trajectory of his life so far, it’s not hard to see why. 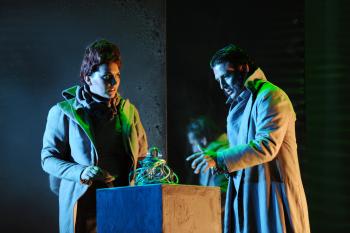 In February 2012, Quiñonez – then a graduate student in the MFA program at Arizona State University's School of Film, Dance and Theatre – agreed to help a neighbor fill out the necessary paperwork to apply for U.S. citizenship.

Like Quiñonez, the neighbor came to the U.S. from Mexico. “He’d been in the country 30 years,” Quiñonez says, “but he never filled out the paperwork.”

A friend of Quiñonez told him he shouldn’t be doing that kind of work for free. “I said, ‘It’s not for free. The purpose is that he can become a citizen and help his community. And I’m helping my community.’”

That same month, Quiñonez was invited to host an event for Dream Act students – for free. At the event, a photographer from TIME magazine asked to take his picture.

“As soon as he was taking the pictures, I knew something was going to happen,” Quiñonez says now. He thinks that his training in performance helped. “I was talking to the camera. I knew what story I was conveying.”

A few weeks later, he got a text from a friend: “Brother, you’re on the cover of TIME magazine.”

Quiñonez had been selected as one of 20 faces on the cover of TIME magazine’s “Yo Decido: Why Latinos will pick the next President” issue. He’s right under the “T” and the “I” of TIME, and with his slicked-back hair and trim facial hair, he looks not unlike Al Pacino, his acting hero. (He can recite whole speeches from the Godfather trilogy, from memory.)

That same year, Quiñonez ran for and was elected to the Roosevelt School District Governing Board, which serves 10,000 students at 19 different sites. A former teacher, Quiñonez knew the impact that education could have on a child. His own parents had not gone beyond grade school, but when he was a child, his mother asked him where he was going to go to college

“It was the first time I'd heard the word ‘college’ outside of school,” Quiñonez says. “It lit a spark in me. That's the sort of influence parents can have on children, especially first generation children.”

He decided on ASU for college, he said, because when he was a student at South Mountain High School in Phoenix, ASU School of Film, Dance and Theatre professor David Barker came to give a talk and work with the students. “He came to our classroom on Friday. And on Sunday, he was in the newspaper, the Arizona Republic. I was dumbfounded.”

At ASU, Quiñonez says, he could work with someone he knew, close to home, and “develop as an artist.”

“He brought to our program the requisite talent (he makes you want to watch him on stage) and the personal discipline, but above all, an unbending sense of integrity,” Barker says of Quiñonez. “His blending of theater skills with his political passions is seamless and perfectly symbiotic. Two of the more useful attributes a life in the theater affords you are understanding of and empathy for the human condition. And Marcelino exemplifies these attributes in all that he does.”

When he returned to ASU as a graduate student in theater after taking time out to teach English and drama at a charter school in South Phoenix, Quiñonez developed a project rooted in his multiple experiences.

“My final project (of the MFA program) was called ‘Dream Acts.’ What I decided to do was encapsulate my entire life in one piece. Since April of 2012, I've become this political figure, but I’m still an artist at heart.

"I wanted to make a comment on immigration reform without taking sides. I wanted to have a dialogue about it.”

Quiñonez started by interviewing people about their own immigration experience.

“I interviewed a Dreamer who has nothing to do with the political struggle, other than his own; I interviewed an immigration attorney, a woman who was a Dreamer and is now a successful lawyer.”

Quiñonez also put out a call for paintings commenting on immigration reform in the U.S. “As the director of the Artizona Latino Arts and Cultural Center, I’m familiar with a lot of visual artists. I received over 30 submissions, including posters from the original marches.”

The third component of his project, in addition to the interviews – which became monologues – and the visual art, was a post-performance appearance by a friend who is an immigration attorney to answer questions from the audience in response to the monologues.

“We presented a different angle on the issue,” Quiñonez says. “I had people walk up to me and say, ‘Marcelino, this isn't really a one party issue. Both parties could take action.’”

In addition to Barker, Quiñonez credits Jake Pinholster, director of the ASU School of Film, Dance and Theatre, with giving him the support he needed to bring his project to life.

“Jake Pinholster is revolutionizing theater in Arizona as we know it,” Quiñonez says. “Jake has made it his mission to give as many opportunities as possible. And when you talk about ASU, you talk about a university that is really at the cutting edge … of equality, of innovation and, really, of opening borders.”

For his part, Pinholster says that Quiñonez is “an extraordinary talent, on and off the stage.”

“We are extremely proud of the impact all of our students have in the Phoenix community,” Pinholster says, “but Marcelino's powerful combination of personal history, talent and commitment give him a unique angle on a lot of the most important issues of our time, including immigration, education and the arts.”

When Quiñonez received his master of fine arts in May 2014, he had already embarked on his next big project: campaigning to represent District 27 in the Arizona House of Representatives.

When did he decide to run for office?

“In the eigth grade,” Quiñonez says, without hesitation. “When I read a book about John F. Kennedy. I read that book and immediately connected to the president.”

“What President Kennedy taught me was that it's looking at a problem and then not making a promise as an elected official, but asking what can we do together to solve it. In all of my speeches, I’ve given ideas, but I've never made promises I can't deliver on.”

Quiñonez cites Kennedy’s famous phrase, “Ask not what your country can do for you – ask what you can do for your country,” as one of his fundamental guiding principles. “You remove ‘country’ from that phrase and put your mom, or your community, and it's the basic idea of ‘What can I do for other people?’”

And Quiñonez believes that with the kind of exposure and access he’s had comes an even greater duty to do good for other people. Take his appearance on the cover of TIME magazine, for example. “I was extremely grateful, I was extremely happy,” Quiñonez says, “but I also understood that my responsibility to the community was even greater.”

Quinonez lost the Aug. 26 primary election, but, he says, the loss “was but a drop of water in the ocean of my life. We'll continue moving forward, we'll continue our work and we'll do it with our heads held high.

“Over the past eight months, I have knocked on many doors and met many people in my community who were once strangers and are now my friends,” he says. “My volunteers, many of them young students … inspired this campaign; they made an extraordinary effort, they became part of the democratic process and they did it with style.”

As one theater colleague noted on Quinonez’s Facebook page, “Most of us don't get all the roles we audition for. And we have to roll with that. You will continue moving forward because you are needed, and you know it, and so do all of us who support your commitment.”

Another Facebook friend noted that John F. Kennedy wasn’t nominated as vice president in 1956, but he still won the election four years later.

“Every time I see him I ask, ‘Are you governor yet?’” says ASU’s David Barker. “Marcelino will be a force for the good in our state for many years.”

ASU scientists invite the public to explore the moon Sept. 6

Saturday, Sept. 6 is International Observe the Moon Night, and in celebration, lunar scientists at ASU's School of Earth and Space Exploration are holding a special open house dedicated to the moon and moon-observing.

ASU scientists invite the public to explore the moon Sept. 6

Saturday, Sept. 6 is International Observe the Moon Night all over the world. In celebration, lunar scientists and researchers at Arizona State University's School of Earth and Space Exploration are holding an open house for the public dedicated to the moon and moon-observing.

The open house will run from 7-10 p.m., Sept. 6 (regardless of the weather) at the Lunar Reconnaissance Orbiter Camera Science Operations Center on ASU's Tempe campus. The center is located in Interdisciplinary Building A-wing, 1100 S. Cady Mall. Parking is available in the Apache Boulevard Parking Structure and on the street. 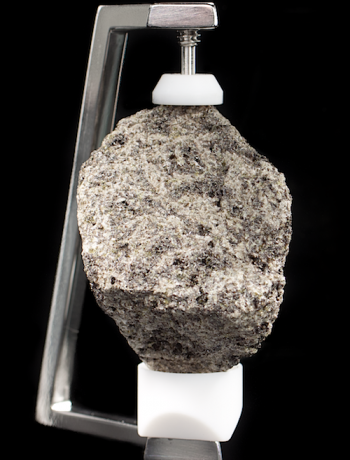 The public is invited to observe the moon through telescopes, through stunning images from NASA's Lunar Reconnaissance Orbiter and through the eyes of scientists who have studied our neighbor world in detail.

At the open house, you will be able to:

• View the moon through telescopes
• Examine detailed images of the moon's surface taken by the LRO spacecraft
• Tour the Science Operations Center
• Ask scientists questions about the moon and lunar exploration
• Participate in a scavenger hunt
• View an actual rock from the moon, collected by Apollo 15 astronauts

Don't miss this great opportunity to explore the moon with your own eyes through a telescope.