Imagine that you are considering selling stocks that you own in a company. You would probably consider how much the shares are worth today, how much they might be worth in the future and how much you might receive in dividend payments for each year you hold onto the stock. Much of your decision is informed by market wisdom and research.

Now imagine that you manage acres of old-growth forest – or another natural resource, like some fish in the ocean. How do you decide whether to use the resource now or conserve it as natural capital for the future? 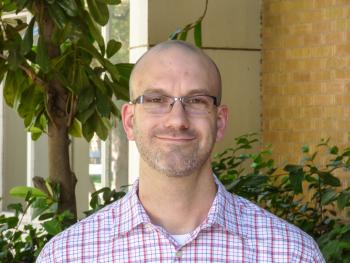 In a study published recently in the Journal of the Association of Environmental and Resource Economists, researchers from Arizona State University and Yale University have developed a first-of-its-kind, interdisciplinary equation to estimate the current monetary value of natural resources such as fish stocks, groundwater or forests in the United States. In assigning natural capital monetary value, the approach will have widespread implications for policymakers and various stakeholders, and will also advocate for the creation of robust asset markets for natural capital, a much-needed advance.

“It is often said that nature is capital, but this has largely been a metaphor thus far; former measurement methods have lacked necessary inputs from experts from various disciplines, resulting in vast gaps of information,” said Joshua Abbott, associate professor at ASU’s School of Sustainability who coauthored the study with Eli Fenichel, assistant professor at the Yale School of Forestry and Environmental Studies.

“This approach to valuation is forward-looking and inherently interdisciplinary,” added Fenichel. “It accounts for the role of ecological dynamics in shaping the future direction of natural capital stocks, and also incorporates the role of human behavior in shaping this direction, as well as how real-world management policies mold this behavioral feedback.”

Unlike earlier approaches, the method takes into consideration the “opportunity cost” of losing future units of natural capital that could have helped replenish the resource, providing economic benefits in the long run. It is underpinned by the economic principles also used to value physical or human capital.

The value of a fish in water

Consider the example of reef fish in the Gulf of Mexico. During their research, Abbott and Fenichel found that the value of preserving live reef fish was more than $3 a pound in 2004, a price that jumped to almost $9 in 2007 after policymakers implemented management reforms that incentivized conservation. Under the scheme, fishermen were assigned individual tradable quotas or shares of the fish stock, which created a market for the fish as a capital asset.

The Gulf’s reef fish contributed more than $256 million to U.S. national wealth in 2004 – and three times that after management reforms.

“We know from experience in the corporate world that changes in management practices can enhance the overall value of a company’s assets; it is no different with natural capital – our management of it can either enhance or detract from its value,” said Abbott.

According to him, what goes unmeasured often goes unvalued. The ability to treat fish in the water as a capital asset encouraged fishermen to preserve the natural resource, in turn enhancing sustainable fishing practices that led to higher returns.

In assigning a dollar value to natural capital, Abbott and Fenichel’s approach will have widespread implications for policymakers and various stakeholders, putting natural capital on an equal footing with other, more easily measured parts of society’s wealth. The researchers hope to apply the method to measure the value of all U.S. fish stocks, as well as other natural assets like groundwater and forests.

“Sustainability can be defined as ensuring that the assets the next generation inherits are worth at least as much as they were when the previous generation received them,” said Abbott. “As humans, we are not going to have zero impact on the environment, but we want to make sure that the value of human, physical and natural capital that we pass on to future generations is worth no less than when we inherited them. We are pursuing this research to help provide better measurements of society’s wealth, so we can know whether we’re moving in a sustainable direction.”

For the third consecutive year, a student from the Walter Cronkite School of Journalism and Mass Communication at Arizona State University has won the national television championship in the prestigious Hearst Journalism Awards Program.

For the third consecutive year, a student from the Walter Cronkite School of Journalism and Mass Communication at Arizona State University has won the national television championship in the prestigious Hearst Journalism Awards Program.

Shayne Dwyer took home first place in the national television broadcast news championship sponsored by the William Randolph Hearst Foundation. Dwyer of Montgomeryville, Pennsylvania, received a $5,000 award for first place, and an additional $1,000 for the Best Use of Television for News Coverage Award, which he accepted during a Thursday evening dinner reception at the Newseum in Washington, D.C. 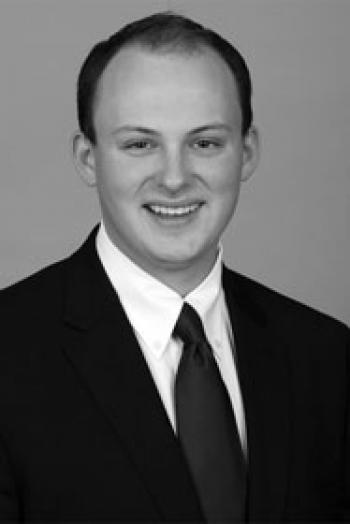 Dwyer is the third consecutive Cronkite student to capture first place in the Hearst broadcast news championship, following John Genovese in 2013 and Dan Neligh in 2012.

Dwyer was chosen as one of five national finalists based on his performance in a series of monthly competitions over the past academic year. For the championship in Washington, he produced a story on how the political landscape has changed via technology.

“This was one of the best experiences of my life,” said Dwyer, who graduated from Cronkite three weeks ago. “The Cronkite School gave me the confidence to prepare me for this competition. My experiences in the Cronkite Washington News Bureau gave me a major advantage.”

“Shayne’s first-place finish is a crowning achievement to his extraordinary career at Cronkite,” said Cronkite School Dean Christopher Callahan. “We are extremely proud of his tremendous accomplishment and know the best is yet to come for this outstanding journalist.”

As a student, Dwyer interned at Comcast’s corporate headquarters in Philadelphia, editing Web content for the cable company. He also worked at U-Haul's international headquarters, specializing in social media and video. In addition, he spent four years with the Sun Devil Athletics media relations office. This month, Dwyer is starting a 10-week internship with Thomson Reuters in New York.

The Cronkite School placed sixth overall in the national Hearst Journalism Awards for 2013-2014, with top-five finishes in broadcast and print. The school has finished in the overall top 10 nationally for the past 13 years, including two first-place finishes and six top-five finishes.

The Hearst Journalism Awards, often called the Pulitzer Prizes of college journalism, were established by the William Randolph Hearst Foundation in 1960 to provide support, encouragement and assistance to journalism education at the college and university level. More than 100 accredited journalism schools across the country compete in the annual competition. The program distributes more than $550,000 in scholarships and grants annually.