The lecture, presented by the Pedrick family, is scheduled for 4 p.m., Feb. 21, in the Great Hall at Armstrong Hall on the ASU Tempe campus. The lecture is free and open to the public. Register at pedrick2012.eventbrite.com. Kyl will be introduced by U.S. Supreme Court Justice Sandra Day O’Connor (ret.). 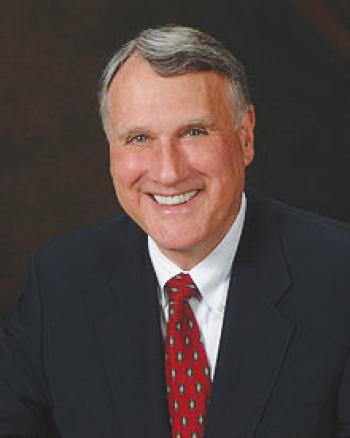 “The transnational movement has advocates in law schools across the country,” Kyl said. He added that the law school influence is now reaching the White House, citing the fact that Harold Koh, the former dean of Yale Law School who has a transnational mindset, now serves as Legal Adviser to the U.S. Department of State.

But Kyl called the phenomenon “lawfare” – a type of warfare – against American sovereignty, and pointed to the way the European Union has imposed laws on member states as an example.

“It is an end-run around the democratic process,” Kyl said.

The Willard H. Pedrick Lecture was established in 1997 by the Pedrick family in memory of the founding dean of the College of Law. The annual lecture brings to the law school outstanding legal scholars, jurists or practitioners to enrich the intellectual life of the College and the community.

“The Pedrick Lecture is one of our signature events, providing a forum for thought leaders to present important and often provocative views to our students, faculty and, more importantly, members of the general public,” said Doug Sylvester, interim dean. “This year we are exceedingly honored to have Senator Kyl provide the lecture. We could not have chosen a more important figure to deliver this address, and we look forward to hearing what Senator Kyl has to say – and we hope everyone in the community will join us.”

Kyl said that transnational law advocates attempt to create rights citizens can assert against their governments without going through the legislative process. Those rights, he said, can then be asserted in a nation’s domestic courts, as has been done in Europe.

As an example, Kyl cited Additional Protocol 1 to the Geneva Conventions, drafted in the mid-1970s, provisions of which Kyl said would permit terrorist groups to receive prisoner-of-war privileges, even if they hide among civilian populations and do not reveal themselves until just before an attack.

The United States signed the agreement, but President Ronald Reagan declined to submit it for ratification. Critics say it would hamper American combat operations and increase risks for U.S. soldiers and civilians in combat zones.

“Nevertheless, the International Criminal Court uses Protocol 1 as a standard to judge adherence to the laws of war,” Kyl said. And, Kyl added, the Obama administration has “deemed” some provisions of Protocol 1 that deal with fundamental guarantees for non-state combatants to be legally binding on the United States.

Kyl sees this as an erosion of the Constitutional responsibilities of the United States Senate, and an attack on the nation’s system of checks and balances.

“Who decides these matters is a key question,” Kyl said. “Those who are elected should make the law of the land, as well as provide advice and consent on treaties. Now we have the Secretary of State deeming a provision of a protocol to the Geneva accords as applicable to the United States, even though we’ve never ratified it.”

ASU's School of Business is offering a fast, new way for those who didn't major in business as undergraduates to make themselves more marketable to employers.

Starting out in the real world after college may seem especially daunting right now, given the rough job market. The W. P. Carey School of Business is offering a fast, new way for those who didn’t major in business as undergraduates to make themselves more marketable to employers.

The new nine-month Master of Science in Management (MiM) will help new grads to complement their existing knowledge from other fields with a basic business foundation. The MiM program shows students with liberal arts, engineering and other degrees how to best apply their undergraduate education and skills to the business world. 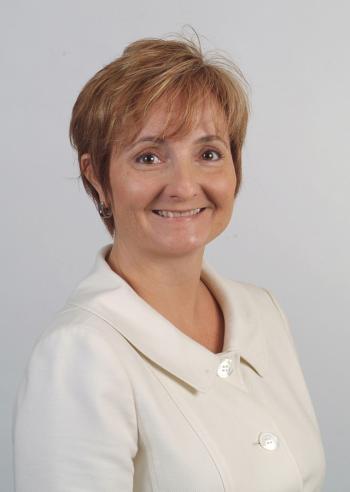 “Whether you choose to work for a major corporation, a nonprofit or a small business, this program will enhance your credentials for a job search and help you apply your undergraduate education to your career,” said Amy Hillman, executive dean of the school. “Also, if you want to start your own company, the master’s in management will give you the business overview to help you succeed. For example, someone who majored in art as an undergrad may want to open a gallery, or an engineer may want to start his or her own firm. This will assist.”

MiM students will take courses in leadership, as well as the fundamentals of accounting, economics, finance, marketing, statistics and supply chain management. The entire program is designed to help students approach business challenges strategically and to give them an edge in job searches. A business-consulting capstone class is included, during which students help a real company with a real problem.

The MiM program is being added to an already strong lineup of graduate programs from the prestigious W. P. Carey School of Business. The school’s full-time MBA and evening MBA programs are ranked Top 30 in the nation by U.S. News & World Report. The school’s executive MBA program is ranked No. 13 in the world by The Wall Street Journal.

Applications for the inaugural MiM class are being accepted for fall 2012. More information is available at wpcarey.asu.edu/mim.

In addition, the W. P. Carey School just unveiled two new undergraduate degrees this semester. They are being added to the school’s popular Bachelor of Arts in Business offerings – all of which combine a traditional high-caliber business degree with a concentration in another field. The new concentrations are in statistics and global leadership.

“The field of statistics offers relatively high salaries and a growing number of jobs right now,” said Kay Faris, associate dean of undergraduate programs for the W. P. Carey School of Business. “If you want to be a financial analyst, an actuary or a market researcher, among other occupations, this degree should really help. Those who take the global leadership concentration will get a great background in international politics and cultures, including a Spanish course specifically for business use.”

Both new concentrations are being offered at ASU’s West campus beginning this semester. The W. P. Carey School already has four other undergraduate degree programs at the West campus: accountancy, management, and a Bachelor of Arts in Business with either a communication or a sustainability concentration. Additional degrees are available at ASU’s other campuses.

For more information on the degrees available through the school’s highly ranked undergraduate program, visit wpcarey.asu.edu/undergraduate.