Three Arizona State University researchers have received a grant from the National Science Foundation to lead a workshop to build a global, multi-institutional network of collaborators to celebrate the bicentennial of the publication of Mary Shelley’s "Frankenstein, or The Modern Prometheus."

The Frankenstein Bicentennial Project will span from 2016 through 2018, marking the anniversary of the legendary “dare” among Shelley, her husband Percy, Lord Byron and John William Polidori on the shores of Lake Geneva that ignited Shelley’s imagination, as well as the novel’s eventual publication in 1818. 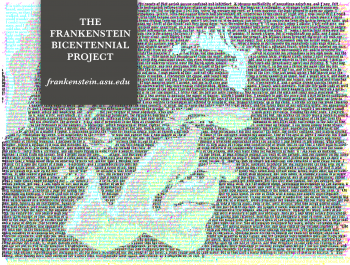 To learn more about the Frankenstein Bicentennial Project and sign up for updates, visit http://frankenstein.asu.edu.

The project, officially titled “Informal Learning And Scholarship In Science And Society: A Multi-Disciplinary Workshop On Scientific Creativity And Societal Responsibility,” will bring together dozens of scholars, researchers, science educators, museum curators, ethicists, archivists, authors, performers, artists and technologists at Arizona State University this April to lay the groundwork for the global celebration of the bicentennial, with ASU acting as a network hub and project headquarters.

“No work of literature has done more to shape the way humans imagine science and its moral consequences than 'Frankenstein,'” says Ed Finn. “In this single act of imagination, Mary Shelley produced both the creature and its creator tropes that continue to resonate in our contemporary moment and actually influence the way we confront emerging technologies, understand the motivations and ethical struggles of scientists, and weigh the benefits of research with its unforeseen pitfalls.”

The Frankenstein Bicentennial Project will encompass a vast array of activities at institutions across the United States and around the world, including universities, libraries, laboratories, museums, science centers, theaters and K-12 schools.

Projects in the planning stages include writing and artistic competitions to commemorate the fateful dare; a global film festival offering the best – and the worst – of the 250-plus films based on the novel; a Halloween costume gala; museum exhibits blending the scientific, artistic and historical; public scientific demonstrations; intellectual salons; theatrical performances; online and in-person courses; synthetic biology projects; new books and special issues of magazines and journals.

The workshop will be split into eight working groups, representing the breadth and massive public reach of the celebration:

• Exhibits and Installations: Frankenstein and the Creation of Life

• Frankenstein: A Critical Edition for Scientists and Engineers

• Monsters on Stage: Frankenstein in Theater and Performance

• Reinventing the Dare: Frankenstein, Science Fiction and the Culture of Science

“The project seeks to take advantage of the incredible cultural resonance of Frankenstein to facilitate conversations among scholars of vastly different disciplinary stripes, as well as among all those scholars, artists, performers and the broader public,” says David Guston, co-principal investigator. "Such conversations are critical for the broad, democratic governance of today’s science and technology.”

Many other groups at Arizona State University will join in celebrating the bicentennial, including the ASU Art Museum; ASU Libraries; Institute for Humanities Research; Center for Film, Media and Popular Culture; Lincoln Center for Applied Ethics; Center for Biology and Society; Program on Jewish Studies; all research units in ASU's College of Liberal Arts and Sciences; and the School of Arts, Media and Engineering, among others. External partners include the Science Museum of Minnesota and the Bakken Museum.

Ed Finn, principal investigator, is the director of the Center for Science and the Imagination and an assistant professor in the School of Arts, Media and Engineering and the Department of English.

Guston, co-principal investigator, is the co-director of the Consortium for Science, Policy and Outcomes, the director of the Center for Nanotechnology in Society and a professor in the School of Politics and Global Studies.

Stephen Helms Tillery, co-principal investigator, is an associate professor in the School of Biological and Health Systems Engineering and a Fellow of Ethics and Bioengineering at the Lincoln Center for Applied Ethics.

Yamamoto to speak on intracellular receptors at ASU

Yamamoto to speak on intracellular receptors at ASU

Keith Yamamoto will speak about intracellular receptors that regulate steroid and thyroid hormones at 10 a.m., March 27, at ASU's Biodesign Institute.

Attendees will hear the latest findings on how nuclear receptors signal information and regulate gene transcription that control development, cell differentiation, disease and responses to environmental signals and stresses. 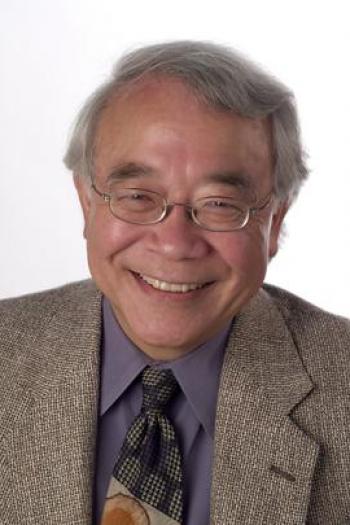 Yamamoto, vice chancellor for research at the University of California-San Francisco (UCSF), executive dean of UCSF’s School of Medicine and professor of cellular and molecular pharmacology, oversees strategic planning and research activities at the school of medicine, and has been a member of UCSF faculty since 1976.

Well regarded among scientific circles, Yamamoto chairs two groups for the National Academy of Sciences: the Coalition for Life Sciences and the Board on Life Sciences. He is an advocate for public and scientific policy, and public understanding and support of biological research and science education.

The seminar will take place in the Biodesign Institute auditorium, B-105, just off the lobby of Biodesign Building B, 727 E. Tyler St. Seating is limited, so early arrival is recommended.