Seeking to better understand the structure and composition of asteroid 4 Vesta, one of the major protoplanets of the asteroid belt, a team of researchers has developed a new model that reproduces the global topography observed by NASA’s Dawn spacecraft, and makes predictions for the internal structure. A paper published Feb. 14 in Nature reports the team’s three-dimensional simulations of Vesta’s global evolution under two overlapping planet-scale collisions, starting from a spherical differentiated small planet.

The southern hemisphere of Vesta is dominated by two giant impact scars, one overprinting the other. A key issue regarding Vesta is to what extent its geology is derived from this pair of massive basins, and how deep the interior of Vesta was excavated by these global-scale collisions. According to the team’s simulations, materials from 80-100 kilometers beneath the basaltic crust of Vesta should have been excavated and exposed.

Planetary geologist Erik Asphaug, the Ronald Greeley Chair of Planetary Science at Arizona State University’s School of Earth and Space Exploration, is one of the paper’s authors, and has been studying the origin of the Vesta family of asteroids since the early 1990s. These ‘chips off Vesta’ are small asteroids that are believed to have been blasted off by these same collisions, ultimately bringing meteorites to Earth, samples of Vesta.

After examining Hubble Space Telescope images of Vesta obtained in the late 90s, Asphaug created the first numerical model of the Vesta-shaping collision, showing how chunks of the asteroid got blasted out of the huge crater. However, this early attempt at an impact model failed to reproduce the observed topography, and could not account for the fact that the asteroid is a rapidly rotating body, with a rotation period of only five hours.

With Dawn on its way to the asteroid, Asphaug worked with Martin Jutzi, lead author of the paper, to revisit the calculations and predict the consequences of such a mega-crater – this time in 3D.  Their first attempt, published prior to Dawn’s arrival, showed that there should be massive deposits of ejecta distributed in strange mountainous deposits around the surface.  But the real work could not begin until Dawn showed the detailed shape of the asteroid, giving the modelers something to aim for.

“When Dawn saw Vesta up close for the first time, we realized that our model was still too simple, because our topographic predictions were not very close,” explains Asphaug. “At the same time, the Dawn team reported the identification of two huge impact craters, both overlapping in the southern hemisphere! This changed everything, and we began looking at the effects of one impact structure forming on top of the previous one.”

Detailed images of Vesta revealed the south polar depression to be deeper and larger than estimated from previous Hubble observations, and consisting of two overlapping giant craters, one forming relatively early (a few billion years ago), and one relatively late (about one billion years ago).

The researchers took these observations into account as they created the new simulation, which reproduces the basin’s formation using a very high-resolution 3D simulation, including pre-impact rotation, and establishes some of the major impact-related aspects of Vesta’s geology. Overall, the model results are in good agreement with the topographic observations by Dawn.

“With the suitable choice of size, speed and impact angle for the colliding bodies, we get an excellent match to the topography – shape – of the asteroid,” says Asphaug. “But also, we find that two impacts dig twice as deep, so that there should be material from the deep mantle exposed at the southern hemisphere, and distributed all over the place.”

However, contrary to the researchers’ prediction, expected large areas of olivine-rich rocks or other characteristic mantle minerals, diogenites for example, are not observed on the surface.

It is possible that everything is masked by a layer of recent debris that hides the olivines and diogenites, although such a model has yet to be put forward. Instead the researchers propose that the interior structure of Vesta is very much different from what cosmochemists have considered ‘typical’ for a small differentiated terrestrial planet.  Their conclusion is consistent with the fact that comparatively very few asteroids and meteorites have mantle-like compositions.

“I must say that I did not expect us to get so close to predicting the final topography of Vesta. That we predict, on the basis of two impacts, the major mountain ranges and ridges and gaps in crater rims was beyond my expectation,” says Asphaug. “I think this has raised the level of planetary collisional modeling to a state where you can begin to understand where shapes of minor planets come from, and in so doing, understand the specific provenance of the materials that are observed by telescopes and remote sensing, and that are brought back by sample return.”

“Of course, the story is not over,” he continues. “Hypotheses are meant to be overturned. But they are only valuable if they are testable.”

The standard model for the differentiation of Vesta-sized asteroids suggests they evolve with an olivine-rich mantle, and olivine is found in the diogenite meteorites that presumably derive from Vesta. But Dawn sees no olivine at Vesta. This requires that the crater models are wrong, in which case topography must be explained in a different way, or else that the olivine that was exposed, was somehow hidden in the past billion years.

“Not to be forgotten is that Vesta is absolutely unique,” adds Asphaug.  “It is the only major asteroid that has a basaltic crust, while other differentiated asteroids seem to have been destroyed down to their core.  How did it get so lucky? We don’t know. It suggests we keep an open mind.”

Debris from Vesta’s colossal collisions are found on Earth in the form of meteorites. These meteorites probably did not derive directly from Vesta, but were ejected by impacts into the kilometer-sized Vesta-family asteroids that were the direct fragments of the more ancient massive collisions. ASU’s Center for Meteorite Studies currently houses over 40 meteorites believed to originate on Vesta.  Two notable specimens are currently on display in the Meteorite Gallery: Pasamonte (eucrite) and Johnstown (diogenite).

Already in the 1980s it was strongly suspected that certain meteorites probably derived from Vesta, so the Dawn mission has been a sample return mission in reverse, starting with the rocks and culminating in an asteroid mapping rendezvous. In early 2015 the spacecraft will conduct a comparable investigation of the even larger main belt asteroid Ceres.

The School of Earth and Space Exploration is an academic unit in the College of Liberal Arts and Sciences.

Professor Aaron Fellmeth of the College of Law recently filed an amicus brief in the U.S. Supreme Court on behalf of GeneDX, a company that specializes in genetic testing for rare hereditary disorders.

Professor Aaron Fellmeth of the College of Law recently filed an amicus brief in the U.S. Supreme Court on behalf of GeneDX, a company that specializes in genetic testing for rare hereditary disorders. The filing also was made on behalf of Fellmeth, and law professors Linda Demaine and Dennis Karjala, all Faculty Fellows in the Center for Law, Science & Innovation.

Fellmeth filed the brief on Jan. 30 in Association for Molecular Pathology v. Myriad Genetics, Inc. The case will decide whether human genes and DNA segments qualify as patentable subject matter. 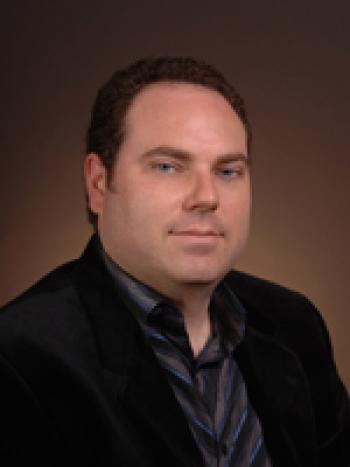 Fellmeth is a leading expert on the public international law, the regulation of international business transactions, and intellectual property, with a special focus on biotechnology.

Demaine is the leading innovator in the psychological aspects of law, legal procedure, and legal decision making, the application of social science to ethical, legal, and social developments in communications technology.