Researchers discover wealth, power may have played stronger role than 'survival of the fittest'

In a study led by scientists from Arizona State University, the University of Cambridge, University of Tartu and Estonian Biocentre, researchers discovered a dramatic decline in genetic diversity in male lineages 4,000 to 8,000 years ago – likely the result of the accumulation of material wealth, while in contrast, female genetic diversity was on the rise. This male-specific decline occurred during the mid- to late-Neolithic period.

“Instead of ‘survival of the fittest’ in a biological sense, the accumulation of wealth and power may have increased the reproductive success of a limited number of ‘socially fit’ males and their sons,” said Melissa Wilson Sayres, a leading author and assistant professor with ASU’s School of Life Sciences. 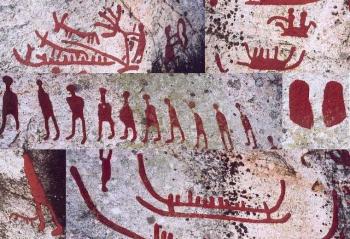 The study was published March 13 in an online issue of the journal Genome Research.

It is widely recognized among scientists that a major bottleneck, or decrease in genetic diversity, occurred approximately 50,000 years ago, when a subset of humans left Africa and migrated across the rest of the world. Signatures of this bottleneck appear in most genes of non-African populations, whether they are inherited from both parents or, as confirmed in this study, only along the father’s or mother’s genetic lines.

“Most surprisingly to us, we detected another, male-specific, bottleneck during a period of global growth. The signal for this bottleneck dates to a time period 4,000 to 8,000 years ago, when humans in different parts of the world had become sedentary farmers,” said senior author Toomas Kivisild from the Division of Biological Anthropology, University of Cambridge.

Researchers studied DNA samples taken from the saliva or blood of 456 males living in seven regions of five continents including Africa, the Andes, South Asia, near East and Central Asia, Europe and Oceania. Scientists specifically studied the Y chromosome, which is passed down through the male lineage, and the mitochondria, which is passed to offspring by the genetic mother.

After using computer and statistical modeling, they found the two extreme “bottlenecks” in human genetic history, specifically the second found only in the male lineage.

The researchers said studying genetic history is important for understanding underlying levels of genetic variation. Having a high level of genetic diversity is beneficial to humans for several reasons. First, when the genes of individuals in a population vary greatly, the group has a greater chance of thriving and surviving – particularly against disease. It may also reduce the likelihood of passing along unfavorable genetic traits, which can weaken a species over time.

According to Monika Karmin, a leading author from University of Tartu, Estonia, their findings may have implications related to human health.

“We know that some populations are predisposed to certain types of genetic disorders,” said Karmin. “Global population evolution is important to consider, especially as it relates to medicine.”

“When a doctor tries to provide a diagnosis when you are sick, you’ll be asked about your environment, what’s going on in your life and your genetic history based on your family’s health,” added Wilson Sayres, who is also with ASU’s Biodesign Institute. “If we want to understand human health on a global scale, we need to know our global genetic history; that is what we are studying here.”

The researchers believe this will be relevant for informing patterns of genetic diversity across whole human populations, as well as informing their susceptibility to diseases.

Wilson Sayres said the next step is to continue the research by gathering a greater number of DNA samples, increasing the diversity of the samples, and working with anthropologists and sociologists to gain a broader perspective on the findings.

The research was funded jointly by several sources, with primary support from the University of Tartu and Estonian Biocentre. Researchers from 66 institutions around the world participated in this study.

School of Music alumnus Jaxon Williams has been awarded a Fulbright Arts Study Grant for 2015/2016. He will move to Seville, Spain, to study Spanish guitar repertoire with a renowned concert guitarist at Universidad Pablo de Olavide and flamenco guitar at Fundacion Cristina Heeren, one of the city's top flamenco schools.When Williams visited Spain years ago, he was impressed by the amount of p...

School of Music alumnus Jaxon Williams has been awarded a Fulbright Arts Study Grant for 2015/2016. He will move to Seville, Spain, to study Spanish guitar repertoire with a renowned concert guitarist at Universidad Pablo de Olavide and flamenco guitar at Fundacion Cristina Heeren, one of the city's top flamenco schools.

When Williams visited Spain years ago, he was impressed by the amount of passion in the guitar music he heard there and wanted to bring that knowledge back to the United States. Spanish music is very closely tied to the history of classical guitar itself, which influenced Williamss choice of research topic for the Fulbright application: Study of Spanish guitar repertoire, performance practice, and technique in Seville, Spain. He was selected for this prestigious grant by both a U.S. national committee and an international committee in Spain. 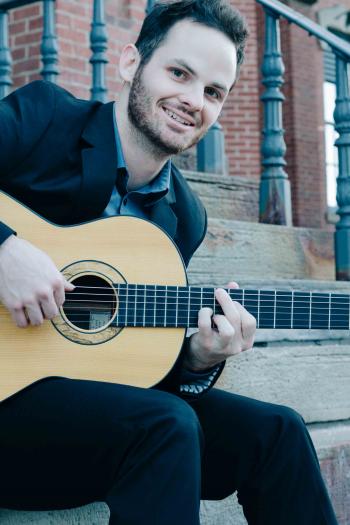 "Jaxon has what it takes to be successful: talent, a great work ethic and innovative thinking," says professor of guitar Frank Koonce. "These traits, together with his friendly and outgoing personality, will take him far."

Following completion of his year on the Fulbright grant, Williams wants to enroll in a doctoral program and plans to apply to Arizona State University.