The impact of airborne nitrogen released from the burning of fossil fuels and widespread use of fertilizers in agriculture is much greater than previously recognized and even extends to remote alpine lakes, according to a study published Nov. 6 in the journal Science.

Examining nitrogen deposition in alpine and subalpine lakes in Colorado, Sweden and Norway, James Elser, a limnologist in the School of Life Sciences at Arizona State University, and his colleagues found that, on average, nitrogen levels in lakes were elevated, even those isolated from urban and agricultural centers.

“This is because plant plankton or phytoplankton, like all plants, need nitrogen and phosphorus for growth,” Elser says. “Inputs from pollution in the atmosphere appear to shift the supplies of nitrogen relative to other elements, like phosphorus.”

The increase in the availability of nitrogen means that growing phytoplankton in lakes receiving elevated nitrogen deposition are now limited by how much phosphorus they can acquire. Elser says that this is important because “we know that phosphorus-limited phytoplankton are poor food – basically ‘junk food’ for animal plankton, which in turn are food for fish.”

“Such a shift could potentially affect biodiversity,” he adds. “However, we don’t really know because unlike in terrestrial systems, the impacts of nitrogen deposition on aquatic systems have not been widely studied.”

Elser’s collaborators include researchers Tom Andersen and Dag Hessen from the University of Oslo; Jill Baron of the United States Geological Survey and Natural Resource Ecology Laboratory at Colorado State University; Ann-Kristin Bergström and Mats Jansson with Umeå University, Sweden; and Koren Nydick of the Mountain Studies Institute in Colorado, in addition to Marcia Kyle and Laura Steger, who are members of his own group in ASU’s College of Liberal Arts and Sciences.

Hessen, a well-known limnologist, and Elser have had a long-standing collaborative relationship, looking not only at nitrogen deposition but also zooplankton nutrition and a broad range of stoichiometric studies. Elser met Bergström at a conference at Umeå University and discovered that she had performed similar experiments in Sweden.

“By combining these studies we were able to achieve a more global picture of how nitrogen was impacting a broad range of lakes and come to firmer conclusions about effects of deposition,” Elser says.

Elser and Hessen hope to expand on these findings and have a pending grant proposal with the Norwegian government. In addition, Elser says he hopes to perform similar studies in China “where atmospheric nitrogen pollution is extremely high,” but, as yet, unstudied.

Elser has built a career around asking questions about energy and material flows in ecosystems, and traveling all over the world to find answers.Understanding the balance of phosphorus, carbon and nitrogen in systems forms the backbone of Elser’s worldview, known as “stoichiometric theory.” His pioneering studies have jumpstarted new research approaches, insights into nutrient limitation, trophic dynamics, biogeochemical cycling, and linkages between evolutionary and ecosystem processes. This study was supported by the National Science Foundation. 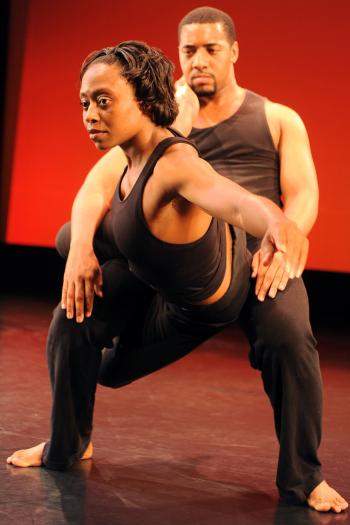 In Williams’ piece, various artists come together to collaborate through movement and music, evolving from two basic concepts, love and water. Williams also is the artistic director of the Hoj Poj Movement Company, and facilitates the company’s debut project, multoMONOvistic, featuring ideas and information obtained through Williams’ recent international travels.

Stephens, who also is the art director of his conceptual piece HOlisticMykOnin, follows Dionysus’ quest to find himself and his place in society. Agonized by strong barriers against the unification of both his natural beings, HOlisticMykOnin is the story of a young African-American male tested by the strains placed on him by his community. This piece revolves around Dionysus’ story through movement and performance art, and challenges pre-existing discrimination beliefs about homosexuality within the African-American community.

The School of Theatre and Film in the Herberger Institute for Design and the Arts at Arizona State University provides a comprehensive range of courses in performance and directing; design and production; new work development; theatre and performance studies; film; and theatre for youth. Its Theatre for Youth program is nationally ranked in the top three and the dramatic writing/playwriting program is ranked 15th among public institutions by U.S.News & World Report. To learn more about the School of Theatre and Film, visit theatrefilm.asu.edu.