Religious organizations savvy in use of social, digital media

Are you a member of the Catholic faith who needs to confess your sins? There’s an app for that.

Has your soul become conflicted with too much media, social and otherwise? Perhaps you’re a member of the Russian Orthodox Church and gave it up for Lent. 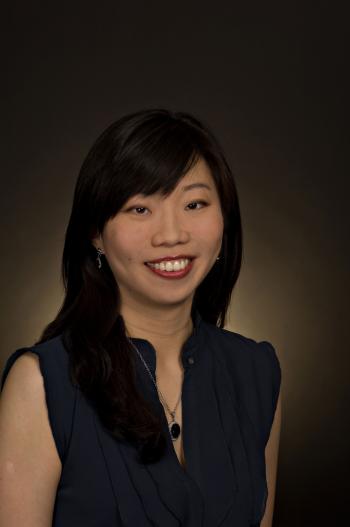 As the use of new and social media evolves into an integral part of people’s daily lives, religious organizations are using media tools in increasingly ingenious ways to spread influence and build community.

“A lot of religions are quite savvy," says Pauline Cheong, associate professor in ASU's Hugh Downs School of Human Communication. "They use it to brand their own organizations. Sometimes larger organizations with more resources employ people who are dedicated specifically to social media outreach.”

The use of new and social media cuts across all main religions from Catholics to Buddhists, and especially for evangelical churches that are often at the forefront of new social media technologies. Examples of use include tweeting Easter messages or sending emailed postcards for upcoming services.

Cheong, who has interviewed more than 100 church and temple leaders of various faiths on this subject in the past six years, cites Facebook and Twitter as two of the most popular tools among religious organizations, but multiple media platforms are used to communicate messages to followers and seekers.

Apps are a tool that can ease the nervousness of going to confession. Some apps are not endorsed by the church, especially those that allow users to earn religious points – something that is typically not reflective of religious teachings.

Recent trends point to the “celebrification” of religious leaders through digital and social media that give rise to public expectations of priests and pastors to behave like “rock stars.” This ties in with aggressive branding and cross media marketing strategies that are being used to create iconic leadership, Cheong said.

Online experiences aren’t replacing the physical presence in houses of worship, but Cheong has found that many leaders see the use of digital media as a complement to services, meetings and functions within a church or temple.

One of her most recent research projects involves a large Chinese Buddhist organization based in Taiwan that uses social media in multiple languages, has satellite television in all continents of the world, its own digital radio station and does podcasts.

“Their coverage ranges from Asia, to the Americas and Africa,” Cheong said.

Religious leaders at times find it difficult to keep up with all of the mediated technology they have incorporated into their organizations. Media tools can lead to more members and build a sense of community, but also require an inordinate amount of work.

“A lot say they are increasingly overwhelmed by the technology and the different mediated channels they have to deal with. It adds to their workload considerably,” Cheong said. “They have to devise new strategic messages, deal with multiple layers of texts and arbitrate between mediums. Many leaders say they prefer rich face-to-face meetings.”

In countries where the expression of religion is suppressed, members of a church or temple may use social media to communicate messages, albeit in a somewhat secretive manner, for example sending attachments that are harder to scan or by masking language.

“Social media is used in creative and somewhat clandestine ways. They may not say the word ‘pray’ or ‘bible,’ since that can evoke censorship based on key words searches,” Cheong said. “They have to be more creative about using social media to share their faith.”

New and social media can also lead to an exodus from the church, especially for those organizations that are more sheltered and inclusive. “Because of the explosion of alternative and critical texts that enable alternatives, they may turn away from the faith of family members.”

There is also a backlash of sorts against the media that has become a dominant force with some organizations such as the Russian Orthodox Church advising followers that giving up social media for lent can cleanse their souls.

“It is what we call a digital Sabbath. Some churches think you have to disconnect in order to reconnect, quiet your soul and lead to contemplation,” she said.

Pauline Cheong is the lead editor of “Digital Religion, Social Media and Culture” and co-author of “Narrative Landmines: Rumors, Islamist Extremism, and the Struggle for Strategic Influence,” that examines the role of terrorism in the digital and social landscape. The Hugh Downs School of Human Communication is an academic unit in ASU's College of Liberal Arts and Sciences.

Christopher has been named the interim dean of the School of Sustainability, effective July 1, 2013. Boone has served as the associate dean for education of the school since July 2010.

“Chris Boone is an outstanding scientist and scholar whose extensive work in urban sustainability and world poverty exemplifies the very mission of the school,” said ASU President Michael M. Crow. “As associate dean he has helped lead the efforts to educate a new generation of students whose passion is to find solutions to some of the most pressing environmental, economic and social challenges of the world. With Chris as interim dean the school is well-positioned to further enhance its academic programs and help students create solutions that will reshape our quality of life.” 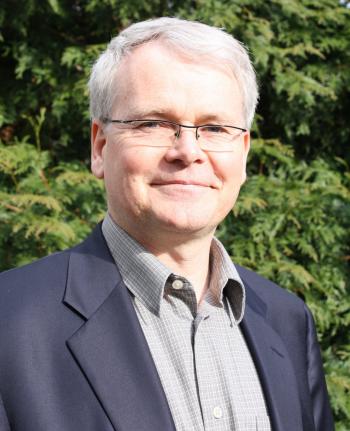 Boone succeeds Dean Sander van der Leeuw, who will continue to further the school’s research and academic interests. Van der Leeuw will return as a member of the board of directors for the Global Institute of Sustainability (GIOS) and continue to serve as co-director of the Complex Adaptive Systems Network, as well as chair of the Consortium for Biosocial Complex Systems. He also retains intellectual responsibility for the Global Institute of Sustainability Climate Impact and Adaptation Center.

“Chris Boone has been an important figure in the development of the School of Sustainability, the first such school in the country, and he will be an important leader of the next stage of development of this unique academic unit,” said Elizabeth D. Phillips, ASU executive vice president and provost.

“I’m honored to have the opportunity to serve the School of Sustainability,” Boone said. “I see this as a really important continuation of the work Professor Van der Leeuw did to strengthen the school. ASU serves as an international model for blending sustainability education and research with practice. I am confident we will continue to be a leader in sustainability.”

Gary Dirks, director of ASU’s Global Institute of Sustainability, said he is excited about working with Boone, having “enjoyed working with him previously on sustainability concepts. I consider him to be a scholar of the highest caliber and deeply committed to sustainability and sustainability education. He, Rob Melnick and I will make a great team to lead GIOS and SOS in the coming years.”

Boone is the recipient of grants from prestigious organizations, including the National Science Foundation and the National Center for Ecological Analysis and Synthesis. In addition to his academic pursuits, he is a member of the executive committees of the School of Sustainability and the Global Institute of Sustainability.

In 2009, Boone headed a provost’s committee to develop a minor in sustainability. He also serves on the supervisory board for the Social Sciences and Health, and Global Health programs. He is a member of the Scientific Steering Committee of the Urbanization and Global Environment Change program, and the Steering Committee of the Workshop on Climate Change in U.S. Cities in Support of the National Climate Assessment.

Boone currently serves on the editorial boards of journals such as International Journal of Sustainable Urban Development and Environmental Justice. He is also the associate editor of the nature-society section of the journal Current Research on Cities and co-editor of a new book series called "New Directions in Sustainability and Society."

Boone received his graduate and doctoral degrees in geography at the University of Toronto before pursuing a post-doctoral fellowship at McGill University in Montreal, Canada.

Arizona State University’s School of Sustainability is the first comprehensive degree-granting program of its kind in the United States with a focus on finding real-world solutions to environmental, economic, and social challenges. Established in spring 2007, the school is part of the Global Institute of Sustainability, which is the hub of ASU’s sustainability initiatives. The institute advances research, education and business practices for an urbanizing world. The School of Sustainability offers undergraduate and graduate programs and minors, as well as doctoral and professional leadership programs.