As the Food and Drug Administration (FDA) mulls over whether to rein in the use of common antibacterial compounds that are causing growing concern among environmental health experts, a team of scientists led by Arizona State University Biodesign Institute researchers are now reporting that many pregnant women and their fetuses are being exposed to these substances.

"We looked at the exposure of pregnant women and their fetuses to triclosan and triclocarban, two of the most commonly used germ-killers in soaps and other everyday products," says Benny Pycke, an ASU research scientist and co-author of the new study, published in the journal Environmental Science and Technology. 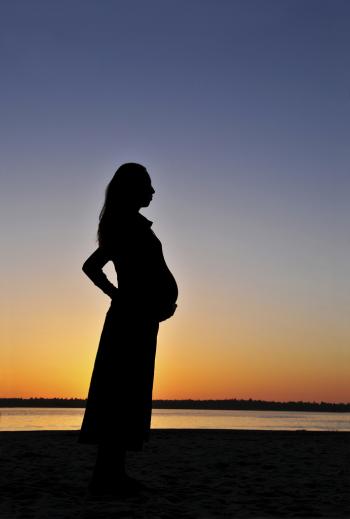 The work was presented at this week’s 248th National Meeting & Exposition of the American Chemical Society, the world's largest scientific society.

"We found triclosan in all of the urine samples from the pregnant women that we screened. We also detected it in about half of the umbilical cord blood samples we took, which means it transfers to fetuses. Triclocarban was also found in many of the samples."

The problem with this, explains Pycke, is that there is a growing body of evidence showing that the compounds can lead to developmental and reproductive problems in animals, and potentially in humans. Also, some research suggests that the additives could contribute to antibiotic resistance, a growing public health problem.

Although the human body is efficient at flushing out triclosan and triclocarban, a person's exposure to them can potentially be constant.

"If you cut off the source of exposure, eventually triclosan and triclocarban would quickly be diluted out, but the truth is that we have universal use of these chemicals, and therefore also universal exposure," says Rolf Halden, lead investigator of the study and director of ASU’s Center for Environmental Security, a joint center supported by the Biodesign Institute and the Security and Defense Systems Initiative.

The compounds are used in more than 2,000 everyday products marketed as antimicrobial, including toothpastes, soaps, detergents, carpets, paints, school supplies and toys, the researchers say.

Showing what effect antimicrobials have on people is a challenge. But Halden and Pycke's colleague Laura Geer, of the State University of New York, found at least one interesting result.

Geer says the study yielded a link between women with higher levels of another ubiquitous antimicrobial, butyl paraben, which is commonly used in cosmetics, and shorter newborn lengths. The long-term consequences of this are not clear, but Geer adds that, if this finding is confirmed in larger studies, it could mean that widespread exposure to these compounds could cause a subtle but large-scale shift in birth sizes.

State policymakers, the FDA and industry have taken notice of the mounting evidence against triclosan. Minnesota became the first state to pass a ban on the antimicrobial's use in certain products, and it will take effect in January 2017. Some companies, such as Johnson & Johnson and Procter & Gamble, have announced that they are phasing out the compound from some products. At the federal level, the FDA and Environmental Protection Agency are reviewing the use and effects of the compounds.

Fifteen accomplished Arizona State University students who exemplify the future of public service have been chosen as Spirit of Service Scholars.

Imelda Ojeda plans to address the unique needs of the Southwest population by developing policies and advocacy for children’s access to quality health care and education. Emily Fritcke will contribute to the improvement of international relations and the advancement of women’s rights. Anika Larson sees herself developing federal policy in public and environmental health.

Ojeda, Fritcke and Larson are among the 15 dynamic student leaders chosen as 2014 Spirit of Service Scholars, recognizing their demonstrated commitment to public service and promise as transformational leaders. 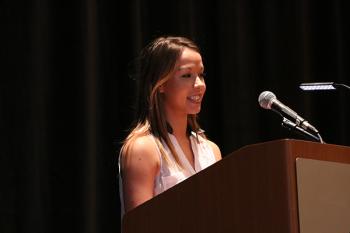 “These students are not waiting to graduate to put their ideas to work,” says Jonathan Koppell, dean of the College of Public Programs at Arizona State University. “They embrace the complex challenges facing us, and are actively moving forward with solutions that strengthen our communities locally and globally.”

The scholars will be honored at a breakfast with local leaders and community partners on Oct. 14 at the A. E. England building on ASU's Downtown Phoenix campus.

“The scholars chosen for this program bring a mix of talents, experience and knowledge. They are a great complement to each other, and together they help high school students succeed. They produce an exciting mix of intellect and community involvement. Hopefully, the Spirit of Service Scholars program will give them that added impetus to serve their communities, nation and world,” says Rick DeGraw, executive vice president and chief administrative officer of CopperPoint Mutual Insurance and chairman of the Spirit of Service Scholars Leadership Committee.

Now in its fifth year, the program helps prepare these young professionals to take leadership roles in public and private nonprofit sectors through scholarships, mentoring and real-world experiences. The Spirit of Service Scholars program is offered through the College of Public Programs, but the students represent colleges from across the university, from freshmen to doctoral students.

The program also includes junior scholars, representing five area high schools. High school students selected for the program based on their interest in public service are mentored by their university counterparts in the program.

Scholars receive a $5,000 scholarship award, hands-on learning, mentorship and networking opportunities. Two scholarships are named in memory of Gabe Zimmerman, one of six people killed in the Tucson shootings on Jan. 8, 2011. This year, an additional scholarship has been established in the name of Debra Friedman, former dean of the college and ASU vice president.

Since its inception, the Spirit of Service Scholars program has been strongly supported by CopperPoint Mutual Insurance Company, Helios Education Foundation, Cox Communications, APS, HighGround and many other corporate and foundation partners.

• Emily Fritcke, senior, English literature and history with a minor in Arabic studies

• Katherine Richard, senior, economics with minors in French and mathematics