The human papilloma virus (HPV) is the most common sexually transmitted infection. For the majority of those exposed to it, HPV is transient and does not produce any recognizable symptoms. Some individuals, however, appear unable to clear HPV from their systems, and will go on to develop HPV-related cancers many years later, through processes that remain mysterious.

In a first-of-its-kind study*, Karen Anderson, a researcher at Arizona State University’s Biodesign Institute, along with collaborators from six other institutions, examined patients with HPV-related oropharyngeal cancer (HPV-OPC). The results of their study, known as HOTSPOT (for Human Oral Papillomavirus Transmission in Partners over Time), indicate that long-term sexual partners of HPV-OPC patients are not at increased risk for HPV infection. 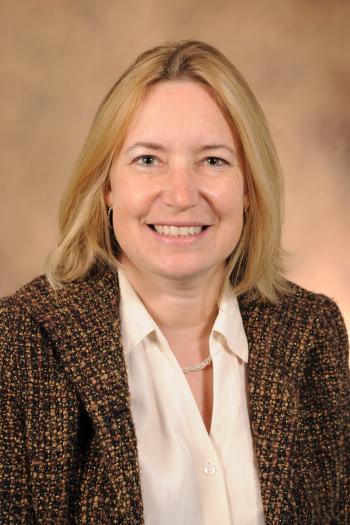 “There’s fear associated with this virus and the risk of transmission,” says Anderson, a cancer immunologist at Biodesign’s Virginia G. Piper Center for Personalized Diagnostics. “This is a reassuring study in terms of the risks for sexual partners (of HPV-OPC patients).”

The study was conducted under the direction of Gypsyamber D'Souza, an associate professor of epidemiology at Johns Hopkins Bloomberg School of Public Health.

Anderson’s contribution to the study involved an analysis of antibodies to a pair of critical HPV proteins found in blood samples taken from HPV-OPC patients enrolled in the study. Such antibodies appear to signal the presence of cancer, while failing to actively combat the disease.

Anderson believes these antibodies may one day be useful for developing biomarkers – early warning indicators of disease, which would permit pre-symptomatic screenings for HPV-OPC. The approach is potentially applicable to other chronic infections as well.

Results of the new study recently appeared in the online edition of the Journal of Clinical Oncology.

A virus of many faces

There are over 150 types of HPV, though only some 30 or 40 are associated with cancer. Of these, far and away the most common are HPV 16 and HPV 18. (Both of these forms, along with HPV6 and HPV11 are incorporated into the design of the vaccine Gardisil, which offers protection from HPV-related cervical cancer, as well as several other cancers and various sexually transmitted warts.)

The current study focused on HPV16, which is associated with over 90 percent of head and neck cancers, including HPV-OPC. “For some reason the head and neck is biased toward HPV16, and we don’t understand why. But in some ways it makes it simpler to study and develop biomarkers,” Anderson says.

Since it is now clear that HPV is the dominant force in cervical cancer, the existing vaccine most likely protects against HPV-related head and neck cancers as well, though further research will be needed to confirm this.

While most of those infected with HPV will not develop cancer, the incidence of head and neck cancers caused by the HPV virus – including HPV-OPC – has increased significantly over the past 20 years.

Oropharyngeal cancers are primarily those of the tongue and tonsils. Traditionally, these cancers were associated with smoking. With the decline of smoking incidence has come a new appreciation that most OPC cancers are actually due to the HPV virus. Two thirds of HPV-OPC cases are found among men, and most are non-smokers, in otherwise good health.

Oropharyngeal cancers are tricky to detect visually before they have reached an advanced stage. Further, unlike cervical cancer, no early diagnostic screening technique exists. It is believed that the initial HPV infection leading to HPV-OPC occurs years before the detection of cancer.

Patients with newly diagnosed HPV-OPC generally have a good prognosis for survival from the disease. Nevertheless, treatment is often grueling and may involve chemotherapy, radiation, surgery, or a combination of these. How and why HPVs in certain individuals progress to the cancerous state while the majority do not remains a profound question for immunologists like Anderson.

Those involved in the voluntary study answered detailed and confidential questionnaires regarding their health and sexual history. A 30 second oral rinse was then used for HPV-OPC patients and their partners and analyzed for the presence of HPV DNA. A total of 36 subtypes of HPV were tested for, including HPV16, (causative agent of most HPV-OPC cases, as well as other cancers). The group was retested a year later.

The results showed that 54 percent of those with HPV-OPC tested positive for DNA from HPV. Among their female sexual partners however, the incidence of HPV DNA was 1.2 percent – roughly matching the rate found in the general population. Only a small number of male partners were enrolled in the study, but like female partners, they showed no heightened incidence of HPV DNA.

Antibodies to the rescue?

The results of the study are reassuring for the sexual partners of those diagnosed with head and neck cancers. But what are the prospects for early detection of diseases like HPV-OPC, and what preventive interventions or early treatments might be developed?

To approach the issue, Anderson measured antibodies to a pair of proteins from HPV. A test or assay for these proteins, which are believed to drive the cancer process (labeled E6 and E7), can be obtained from a single drop of blood. Results of the new study clearly show that a majority of those with HPV-OPC cancer produce E6 or E7 antibodies, while their healthy partners or healthy controls are antibody-negative.

The antibodies to E6 and E7 are peculiar. They are not associated with early infection by HPV, but instead arise very late in the disease development process. They are plainly ineffective against the cancer they are responding to, and their role, if any, remains elusive. Nevertheless, Anderson considers the intriguing potential of these non-protective antibodies as cancer biomarkers for HPV-OPC.

Preliminary results in other labs, which have examined large biorepositories, suggest that E6 and E7 antibodies may be found over 5 years prior to clinical diagnosis of HPV-OPC.  This, coupled with the fact that HPV is a slow-growing virus, may allow researchers to develop a range of immune therapies for those already infected with HPV.

For the time being, the best defense against HPV-related disease is early vaccination. The CDC recommends routine HPV vaccination for both boys and girls, aged 9-12. Nevertheless, Anderson envisions new treatment options and techniques to thwart the transition to cancer in HPV-positive individuals.

“There’s a real effort nationally to be able to identify, target and treat these HPV-related cancers. Immune therapies for persistent infections like HPV could potentially help clear the virus in those unable to clear it naturally,” Anderson says. “In some ways, this is the Achilles’ heel of cancer.”

Ten of Arizona's highest-achieving high school seniors – half of this year's crop of Flinn Scholars – have chosen to attend Arizona State University next fall.

Ten of Arizona’s highest-achieving high school seniors – half of this year’s crop of Flinn Scholars – have chosen to attend Arizona State University next fall.

They include a nationally competitive debater, the leader of an award-winning robotics team, Arizona’s Eagle Scout of the Year and the founder of a local chapter of a poverty-relief nonprofit for children. 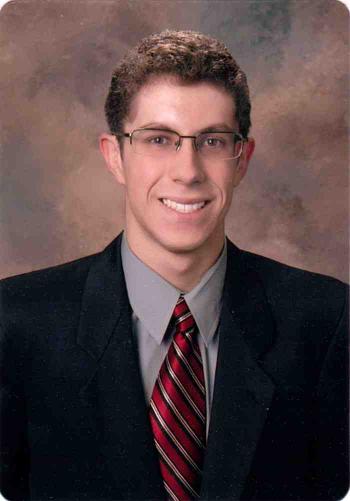 The competitive, merit-based Flinn Scholarship, valued at more than $100,000, provides four years of tuition at one of Arizona’s three public universities, room and board, funding for international study and other benefits. Each award is provided through a partnership between the Flinn Foundation and the universities.

Last fall, 624 Arizona high school seniors applied for the 2014 scholarship, going through a rigorous process of essays, recommendations and interviews, and 20 were selected. Each will be mentored by a faculty member in the student’s field of study, and will network with Arizona’s business, academic, research and civic leaders through events and activities.

The 10 students who have chosen to attend ASU are a diverse group who come from communities across the state.

Alexander Buckley of Mesa is a leader for the Red Mountain High School award-winning robotics team and marching band, and was a prolific fundraiser for autism research. He sees engineering innovation as a means to safeguard the natural environment for the next generation.

Delilah Cassidy of Casa Grande is a four-sport varsity competitor and student body president at Casa Grande Union High School. She has been a youth sports coach in parks-and-rec athletics, a trumpet section leader in the band and was the high school mascot for four years.

Vaishnavi Koka of Phoenix founded a local chapter of a poverty-relief nonprofit serving children across the Indian subcontinent at Mountain Pointe High School. She also works as a software programmer and is the state champion in doubles and team badminton.

Nisha Parasher of Chandler has been the team captain for varsity volleyball, soccer and tennis, as well as the yearbook editor at Chandler Preparatory Academy. She feels her most important activity is service to the community through the projects she manages as president of Key Club.

Aidan Schneider of Flagstaff is a leader at Northland Preparatory Academy and is a winner or finalist in three national scholarship competitions. Named Arizona’s Eagle Scout of the Year, he is an advocate for the environment, and has led groups of teenagers through wilderness backpacking and scuba-diving expeditions.

Angela Siebrecht of Mohave Valley, captain of the speech and debate team at River Valley High School, is the state champion in policy debate, and placed third in state in impromptu speaking. A compelling writer about politics and social justice, she is a community health fair manager and public health activist.

Carly Snyder of Tucson is a varsity swimmer and senior class president at University High School. She guided creation of a new student government constitution, and as president of the student activities board, she founded an organization to encourage collaboration among student groups.

Naomi Worob of Prescott is a talented musician who is also president of Future Business Leaders of America and Amnesty International at Prescott High School. Her drive to recruit underrepresented students in business was spurred by a summer in India as a National Security Language Initiative Scholar.

Jimmy Xu of Chandler has achieved honors in many disciplines, winning first place in physics and astronomy at the Arizona Science and Engineering Fair and being named to the Governor’s Youth Commission. He was the fourth overall scorer in the state Academic Decathlon, leading Hamilton High School to a top-six finish for the third straight year.

Jaylia Yan of Mesa is a varsity speech and debater at Mountain View High School who has been president of Model United Nations and of the Mayor’s Youth Committee. She is also a talented flute player and has worked as a research assistant in ASU electrical engineering and physics.