Tuberculosis is one of the most persistent and deadliest infectious diseases in the world, killing one to two million people each year.

Scientists who study tuberculosis have long debated its origins. New research shows that tuberculosis likely spread from humans in Africa to seals and sea lions that brought the disease to South America and transmitted it to Native people there before Europeans landed on the continent. 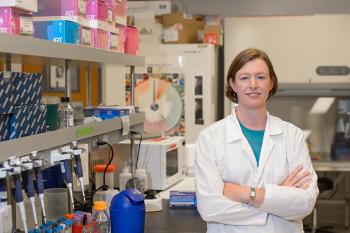 The paper, “Pre-Columbian Mycobacterial Genomes Reveal Seals as a Source of New World Human Tuberculosis,” was published in Nature.

“We found that the tuberculosis strains were most closely related to strains in pinnipeds, which are seals and sea lions,” said researcher Anne Stone, Arizona State University School of Human Evolution and Social Change professor. Stone and Johannes Krause of the University of Tubingen in Germany are co-principal investigators on the project. Research teams from the Wellcome Trust Sanger Institute in the United Kingdom and the Swiss Institute for Tropical and Public Health were collaborators on the study.

“What we found was really surprising. The ancient strains are distinct from any known human-adapted tuberculosis strain,” Stone added.

Modern strains of tuberculosis currently circulating are most closely related to those found in Europe, and there was a complete replacement of the older strains when European disease reached the Americas during the age of exploration. Researchers found that genomes from humans in Peru dating from about 1,000 years ago provide unequivocal evidence that a member of the tuberculosis strain caused disease in South America before Europeans arrived, so the question among the scientists was, “What types of tuberculosis strains were present before contact?”

“The age of exploration is a time when people are moving really long distances around the world and coming into contact with others. It’s a time when a lot of disease spread,” Stone said. “This opens up a lot of new questions. It fits the bioarcheological evidence that shows the oldest evidence for tuberculosis in South America.”

“The connection to seals and sea lions is important to explain how a mammalian-adapted pathogen that evolved in Africa around 6,000 years ago could have reached Peru 5,000 years later,” Krause said.

In the study, researchers collected genetic samples from throughout the world and tested those for tuberculosis DNA while utilizing advances in technology during the past five years that enable more accurate genome capture from ancient samples. Of 76 DNA samples from New World pre- and post-contact sites, three from Peru around 750-1350 A.D. had tuberculosis DNA that could be used. The researchers then focused on these three samples and used array-based capture to obtain and map the complete genome.

These were compared against a larger dataset of modern genomes and animal strains. Research results showed the clear relationship to animal lineages, specifically seals and sea lions.

“Our results show unequivocal evidence of human infection caused by pinnipeds (sea lions and seals) in pre-Columbian South America. Within the past 2,500 years, the marine animals likely contracted the disease from an African host species and carried it across the ocean to coastal people in South America,” Stone said.

Africa has the most diversity among tuberculosis strains, implying that the pathogen likely originated from the continent and spread. After tuberculosis was established in South America, it may have moved north and infected people in North America before European settlers brought new strains in.

“We hypothesize that when the more virulent European strains came, they quickly replaced the pinniped strains,” Stone said.

“It was a surprise for all of us to find that tuberculosis, formerly believed to have spread around the world with ancient human migration events, is in fact a relatively young disease," said Kelly Harkins, one of the study's first authors and a recent doctoral graduate from ASU's Center for Bioarchaeological Research.

“A compelling prospect for future research will be to determine the relationship of these older forms to those currently circulating, and those isolated from other ancient remains,” said Kirsten Bos, a postdoctoral fellow at the University of Tubingen and another first author on the study.

Study implications include a greater understanding of the speed and process of adaptation when a disease changes hosts. This is especially of interest when considering diseases that are transmitted between species – MERS, SARS and HIV – and how these are spread, Stone added.

“Tuberculosis is a disease that is on the rise again, worldwide. This study and further research will help us understand how the disease is transmitted and how the disease may evolve,” said Jane Buikstra, a collaborator on the study who identified tuberculosis in most of the cases utilized in the research. Buikstra is an ASU Regents' Professor and director of the Center for Bioarchaeological Research.

In some countries, lands previously used for subsistence agriculture are being converted to large industrial-scale sugarcane fields. In other countries, cane fields are replacing native vegetation. 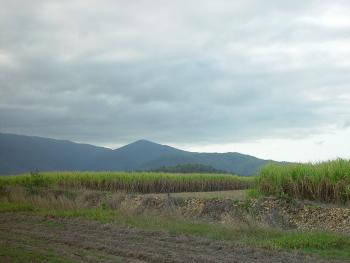 “The transition from diverse vegetation to vast fields of a single crop is likely to have many impacts,” explains ASU professor Matei Georgescu, who will be investigating these impacts as part of a team of researchers from the United Kingdom, the United States, India, Brazil, South Africa and Australia.

In addition to changes in land-use and the ecology of agricultural lands, the transition to sugarcane in some places impacts food security – the availability of food to local residents. Large-scale mono-crop agriculture can affect everything from water supplies to disease control to soil nutrient cycles.

Climate change adds another element to this picture. Rainfall variability is likely to increase, making it unreliable as a source of water for the cane fields, and increasing the demand for irrigation.

Given the complexity of the environmental and human impacts of sugarcane agriculture, one of the goals of the two-year investigation is to encourage transdisciplinary investigation. The team includes experts in agricultural systems, land use modelling, social science, climate impact assessment, rural resource economics, GIS, remote sensing and spatial modeling for decision-making.

As they work together to understand the impacts of cane production’s expansion, the researchers aim to foster a community of scientists that will continue to develop a holistic understanding of agricultural change and its social and environmental consequences.

Georgescu will bring to the group his expertise in the climate impacts of land use change. A recent project modeled regional climate changes that may be expected as Brazil increases land in sugarcane production. Georgescu is also using regional climate models in another project, seeking to identify suitable locations across the United States where perennial biomass energy crops can be grown sustainably.

“Our ongoing bioenergy-related work in the United States is a natural springboard for this current project, which is primarily focused on networking and community building in the areas undergoing these land use transitions, and which therefore require the greatest attention,” says Georgescu.

The new project will focus on Brazil, India and South Africa, where agriculture is an important cornerstone of the economy, a basis of economic growth and a significant source of livelihood. These countries are also under pressure to improve resource efficiency and increase resilience to future climate uncertainty.

Matei Georgescu is an assistant professor in the School of Geographical Sciences and Urban Planning, an academic unit of the College of Liberal Arts and Sciences, as well as a senior sustainability scientist in the Julie Ann Wrigley Global Institute of Sustainability.