Results from a new study co-authored by Netra Chhetri, a faculty member at the Consortium for Science, Policy & Outcomes at Arizona State University, show global warming of only 2 degrees Celsius will be detrimental to three essential food crops in temperate and tropical regions. And beginning in the 2030s, yields from those crops will start to decline significantly.

“This study has been able to quantify the likely impacts of differing degrees of climate change on yields, by crop and by region,” Chhetri said. “In general, Sub-Saharan Africa and South Asia showed significant yield reductions for the second half of the century.” 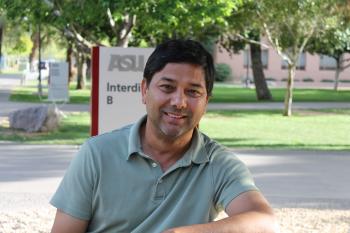 In the study, the researchers created a new data set by compiling the results from 1,700 published simulations to evaluate yield impacts of climate change with and without adaptations for rice, maize and wheat. Due to increased interest on the impacts of climate change in global food security, the study was able to create the largest dataset to date on crop responses, with more than double the number of studies that were available for researchers to analyze for the previous IPCC Assessment Report in 2007.

“One of the most important findings of this study is that adaptation may not be as effective for rice and maize as it is for wheat,” Chhetri said.

The research paper, "A meta-analysis of crop yield under climate change and adaptation," published March 16 by the journal Nature Climate Change, feeds directly into the Working Group II report of the Intergovernmental Panel on Climate Change Fifth Assessment Report, which is due to be published at the end of March 2014.

In the Fourth Assessment Report, to which Chhetri was a contributing author, scientists reported that regions of the world with temperate climates, such as Europe and most of North America, could withstand a couple of degrees of warming without a noticeable effect on harvests, or possibly even benefit from a bumper crop.

“Our research shows that crop yields will be negatively affected by climate change much earlier than expected," said Andy Challinor, University of Leeds professor and lead author of the study. "Furthermore, the impact of climate change on crops will vary both from year to year and from place to place – with the variability becoming greater as the weather becomes increasingly erratic.”

The researchers conclude that, on aggregate, we will see an increasingly negative impact of climate change on crop yields from the 2030s onward. The impact will be greatest in the second half of the century, when decreases of more than 25 percent will become increasingly common.

These statistics account for possible adaptation techniques by farmers to mitigate the effects of climate change, such as adjustments in the crop variety and planting date. Later in the century, greater agricultural transformations and innovations will be needed in order to safeguard crop yields for future generations.

“Climate change means a less predictable harvest, with different countries winning and losing in different years. The overall picture remains negative, and we are now starting to see how research can support adaptation by avoiding the worse impacts,” Challinor said.

First-year ASU student Erin Schulte has earned a competitive fellowship in the Center for the Study of Religion and Conflict to grow her understanding of how religious ideology plays out in conflict and human rights issues around the world.

First-year ASU student Erin Schulte says religion has always been a strong presence in her life, “but rarely has it been the same religion: Buddhism, Catholicism, Lutheranism, Wicca – you name it, I probably have a family member who practices it.

“This environment got me interested in learning about the worldview behind different religions, from ancient Egyptian religions to modern-day cults,” notes Schulte, who is majoring in justice studies in the School of Social Transformation and minoring in philosophy. 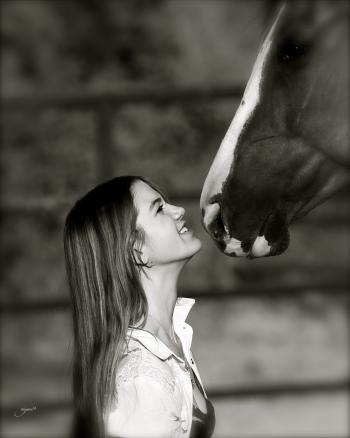 “I strive to investigate, to understand; not to judge,” she emphasizes. “There are many perspectives in the world. How could I possibly judge whether the ideas I’ve been brought up with are any more ‘correct’ than ideals held by someone else, merely because of my familiarity with the customs and beliefs of my own culture?”

Next year, Schulte will have the opportunity to do applied work in this area at ASU as a 2014-2015 undergraduate research fellow in the Center for the Study of Religion and Conflict in the College of Liberal Arts and Sciences.

“This is a competitive program, and the students selected take a special class with the center's director and work with a faculty member on current research projects involving religion and conflict,” says Matt Correa, assistant research administrator in the Center for the Study of Religion and Conflict. “Fellows also have opportunities to meet with visiting scholars, attend special lectures, compete for research funds and earn a scholarship of $1,000.”

After finishing her bachelor’s degree, Schulte plans to earn her master's degree in justice studies before going on to law school to study human rights, in preparation for work with the FBI’s human trafficking or counterterrorism unit.

“Since differences in religion are often a prominent contributor to hostility and can be used as a rationale for terrorism, understanding how different religions work together and handle fundamental disagreements will be essential in working with counterterrorism,” Schulte observes.

Her interests are already weaving their way into her scholarship and campus involvement. Schulte wrote a research paper last semester about how cultural differences between Nepal and Bhutan contribute to the disparity in the prevalence of human trafficking between the two countries.

“Religion was a major contributor to this disparity,” she says, “and on occasion, there was evidence that religion, or at least exploitation of religious ideology, actually contributed to crime and overall strife in certain societies.”

At ASU, she is also an Honors Devil and is co-chair of advocacy for the Barrett Honors College Council. In the School of Social Transformation, she is researching structural intersectionality and domestic violence protection orders in Arizona with Alesha Durfee, associate professor of women and gender studies.

In her free time, Schulte, who was born in Boston but grew up in Scottsdale, Ariz., rides horses competitively, in both Western and English styles.

She and her six-year-old paint horse, Diesel, are on a parallel trajectory when it comes to earning competitive awards.

“We just went to our first big show two weekends ago,” Schulte says, “and he took first in one of his classes.”